Hello Moddb! Today we would like to present the release of Slipstream: The Price of Freedom v2.6. We've worked hard on this build to polish what will be the final game play style, UI layout, and tactical design. The remaining components are the campaign, upgrades, and skinning. [Cont.]

Hello Moddb! Today we would like to present the release of Slipstream: The Price of Freedom v2.6. We've worked hard on this build to polish what will be the final game play style, UI layout, and tactical design. The remaining components are the campaign, upgrades, and skinning. The completion of TPOF should be around April of 2010, with our new project being pushed back so we can polish TPOF a bit more than we originally intended. However, we wish to wrap this project up by summer. We believe that TPOF has indeed reached its intended goal, and we do not wish to disturb it any further. We will close this project, and release the final version along with a manual and new background stories. We will also include a commentary and possibly a "making of TPOF" later on in the year. We hope you enjoy this version, as we worked very hard on it to give you the best we can deliver with the homeworld 2 engine. Thank you for all your support!

What's new in this version


1) Improved game mechanics - Earlier versions of TPOF suffered from ill-conceived game play mechanics, with 2.6, we tossed out the old and brought in brand new physics and mechanics.

2) Weapon Finalization - All the weapon systems have been finalized, with all the previous bugs removed or fixed.

3) Code Restructuring - While this change is not obviously apparent, we restructured TPOF's source code so that calls to resources are quicker, take up less space, and are independent from homeworld 2's original files.

4) UI Finalization - The Mercury UI model designed for TPOF has been, for the most part, completed. While animations are not totally implemented, we have completed the color schemes and layouts. The Animations are our last concern for now, and may or may not make it in depending on the time remaining in the development cycle.

5) Level Changes - We have removed Map Duplicates, re-did the backgrounds, and star layouts to a more coherent style to add realism. Duplicates serve no real purpose in TPOF anymore, as the game play is too dynamic.

The Future of TPOF


Slipstream: The Price of Freedom will end with the release of version 3.0 sometime later this year. While we had said in the past that TPOF would end at 1.0 and 2.0, 3.0 is our magic number because we wish to move onto a different project. This next project will not be centered in the Slipstream Universe (Past or Future), and will instead be set in a new universe. While I cannot go into details just yet, I can tell you that this project will not involve Homeworld 2, or any existing game engine. We know for a fact that fans of TPOF would love to see us roll out a custom engine in which to develop TPOF further, but unfortunately that is out of reach for now. This new game will be written entirely in C/C++ and will be able to be run and compiled on literally every platform that can compile C++. TPOF will be retired and written to stone, but the Slipstream universe is not closed just yet. After a total restructure of the current Sub-Real Industries, I will consider writing short articles about the Slipstream universe and keep them up to date in a wiki-like system. We would like to again thank our fans and wish they will join us for the final ride with Slipstream: The Price of Freedom, and hope that there will be no disappointments. Thank you all for the ride, it's been fun. 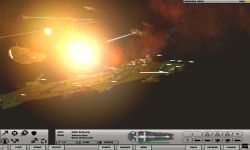 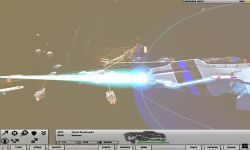 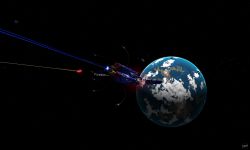 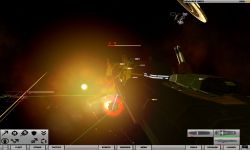 why are you only just announcing this, 9 days after it was uploaded?

Um, I didn't have time to write it. I kinda have a life lol

wow I just played this game (I lost) but nether the less it was amazing! The most fun I had in a while. Great work on the mod!

This version of TPOF rocks... As well as the large range of tutorial missions and th bonus Tsarri mission!

Nice work, Just one tiny gameplay prob though... The bonus mission are you supposed to be able to build the mobile factories in it? Cus I can't

The Campaign is incomplete. It is only enabled for people to test to see how homeworld 2 reacts on a variety of profiles and systems.

Hey I'm really looking forward to playing this mod, but I cant get it to work. Havent ever tried putting mods onto any games before so I know I'm probly forgetting something.
I followed the readme files instructions and dropped the RunTPOF.bat and the TPOFv2.6.big into the directory where all the other .big files are, but it crashes after the screen goes black to load.
What've I done wrong?

Have you updated to version 1.1?

ok I have now, thought already did lol n00b.
see how it goes

ok now I'm getting this " Conflict with Disc Emulator Software detected. See securom.com/emulation for more details."
I have no idea what its talking about =(