Posted by ThePenguinEmporium on Oct 1st, 2021

Thankfully, I can honestly say I've worked a significant amount on the game more this month, at least significant for me. I've done more to draft out the first mission (scene? world? I’ve called them levels before. I don't think I'll even name the segments for the player. We'll call them missions then.)

The training mission has some ground placed, a few props in there, and I know how I want the scene to play out, but more importantly and what I spent most of my time on this month, a dialogue system.

The dialogue system is very simple, enter the zone for a dialogue object (usually a character) and press the interact button. The system grabs the dialogue object's conversation object and runs the conversation. It works like any standard dialogue. Press advance, it skips the text scroll. Press again, next line of dialogue. All that's left is to add some sound effects for the text scroll and update the UI and character graphics when I start making the final graphics. 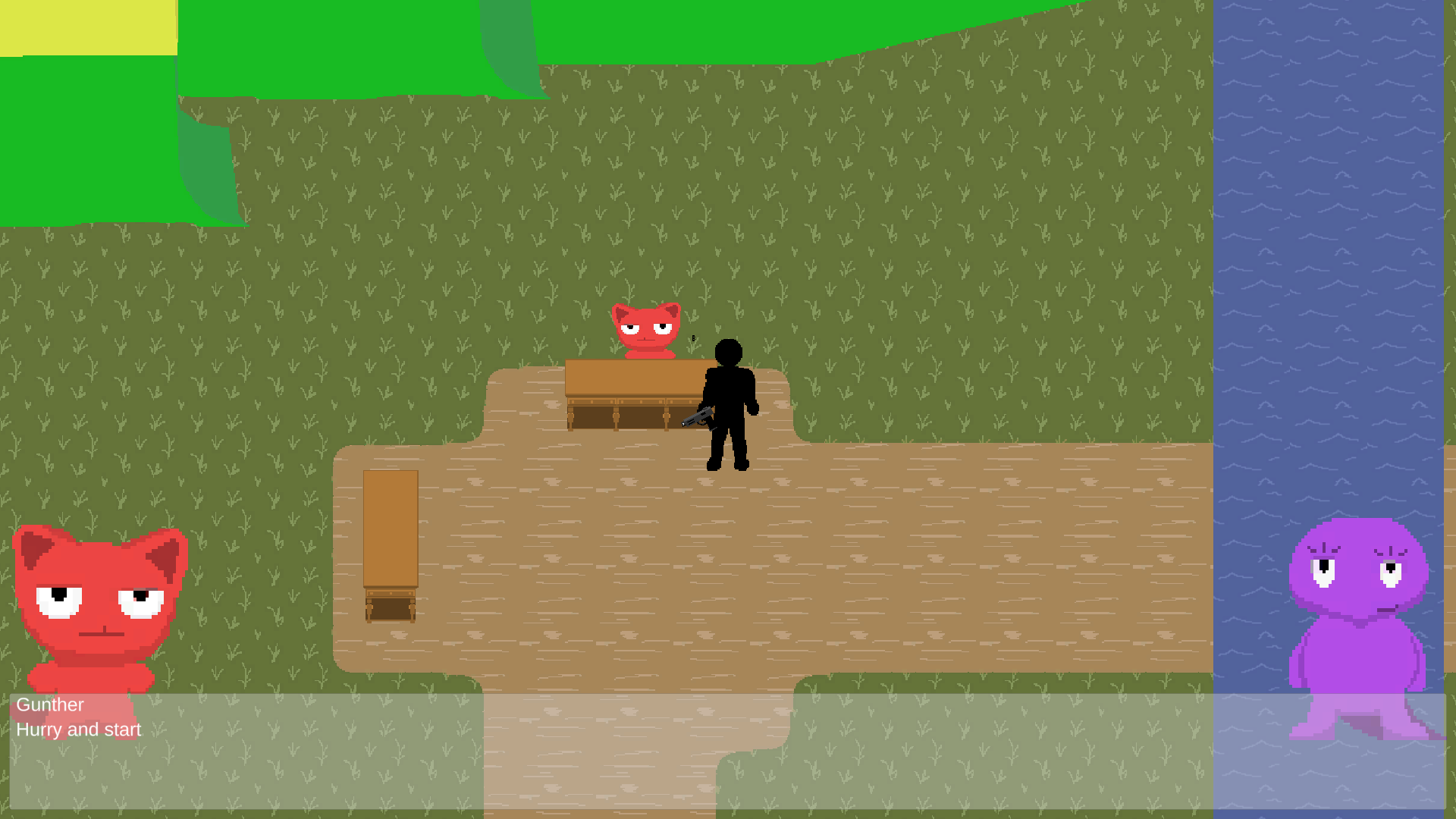 (Bonus: I learned the proper way to sort sprites in an isometric view. Feel rather dumb for not knowing you adjust the renderer to have them automatically sort by their Y axis position, but better late than never. I will definitely remember this.)

I've played around with the player's roll and made it so you can roll over waist high objects like tables. It's a bit janky but feels good. Made some simple sprites for the different player directions as a test that includes directional rolls, again, using placeholder graphics. Sorry placeholder lizard, you’ve been replaced. Right now, my goal is to fix the sprite sorting on the roll and bullets. The player when rolling and bullets are currently on different render layers than the rest of the world but I need to change this so they don’t appear above things like roofs or large objects on the sprite layer. 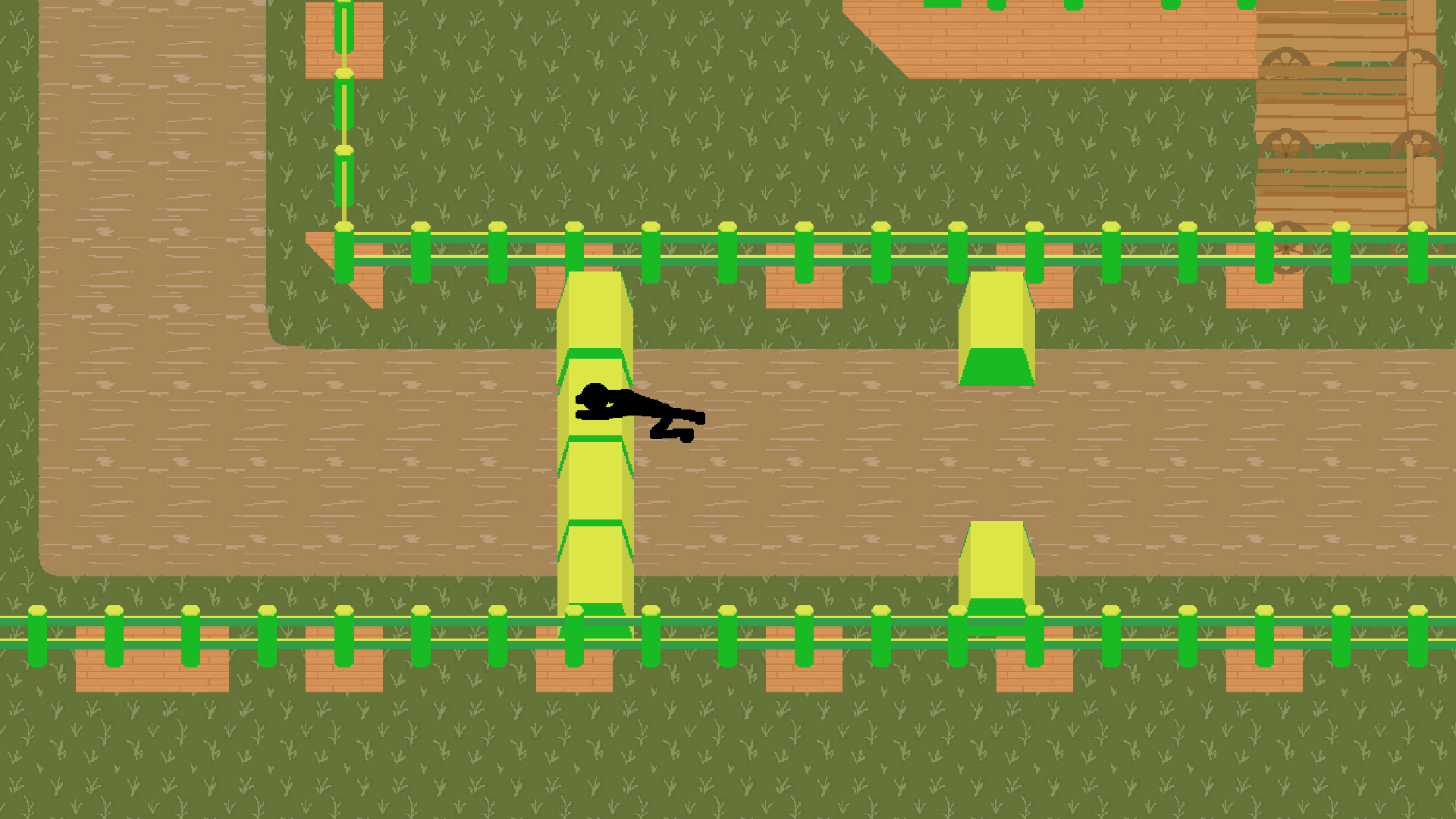 This first mission is just training and doesn't really involve any combat other than a firing range where gates open up once you hit a target. I need to fully flesh out combat a little more before I dive into finalized graphics and the rest of the mission designs. Part of this will involve fixing the AI movement and shooting. This will be my focus for next month. I have a basic interaction system in place for things like switches, hit triggers, etc. I just need to grind out all the specific instances I need for each map as I make ‘em. 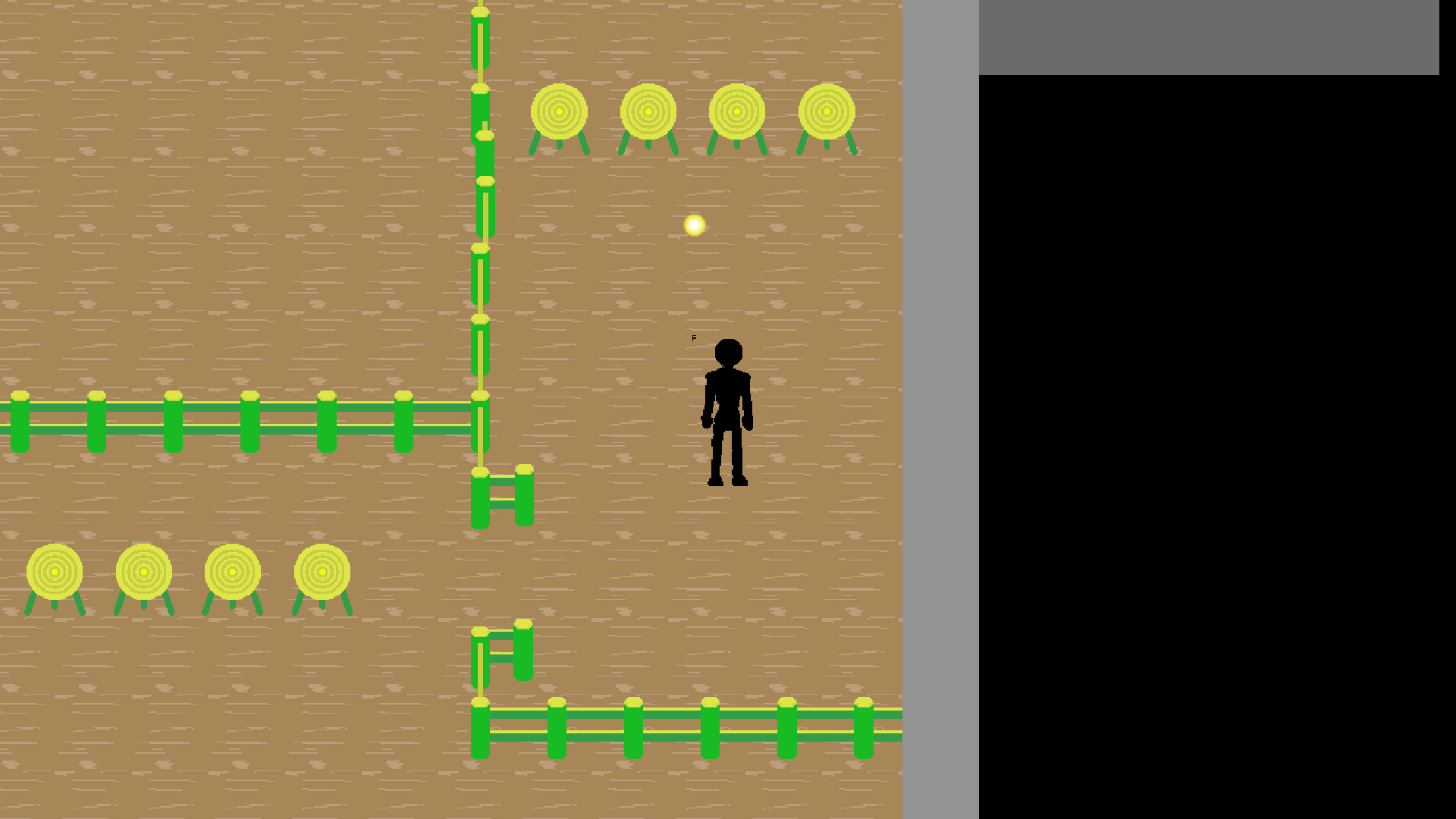 So overall, I've come to the point where my workload is shifting from planning to doing. I seem to find myself wanting to stay in the design phase as long as I can before making things concrete. But as soon as I refine the gameplay (mostly fix the AI when in combat) to where I want it, I will be doing nothing but working towards finalized sprites and mission maps.

New version of the project is available here. Only thing new is the training scene but there’s a lot of bugs right now throughout the whole project. I have removed some older test scenes due to incompatibility with changes I’ve made to the pause system and game manager. All that’s left is the training and gun test scenes.

Nice of you to drop by and I hope you enjoy the game!

I'll be back next month.