Today we're releasing version 0.85 of Sins of the Prophets for Sins of a Solar Empire: Rebellion v1.9! Overall this is a pretty massive update to the mod and puts us one step closer to being able to implement upcoming changes that will further advance the project.

Today we're releasing version 0.85 of Sins of the Prophets for Sins of a Solar Empire: Rebellion v1.9!

We've been working on this release since our last in June of 2016. While the long period between releases has been frustrating, most of the logistical issues that slowed work have been corrected and future releases should be more frequent until we hit version 1.0 of our little Halo project! Once we hit 1.0 we’ll discuss with you the plan going forward, but fret not, SotP isn't going anywhere anytime soon!

Because this release has been so long in the making and the number of tweaks and changes are so many, we will not be posting a formal changelog. Here’s the general gist of changes you should be looking out for while playing the mod:

The biggest balance change to the mod for this release has been for the Covenant with the addition of the CDA-class Battlestation. To fit the aggressive theme of the Covenant armada, the CDA is capable of jumping between planets and providing assault support. The station's design was based on early Bungie-era concept art of High Charity before they went with the more asteroidal station. 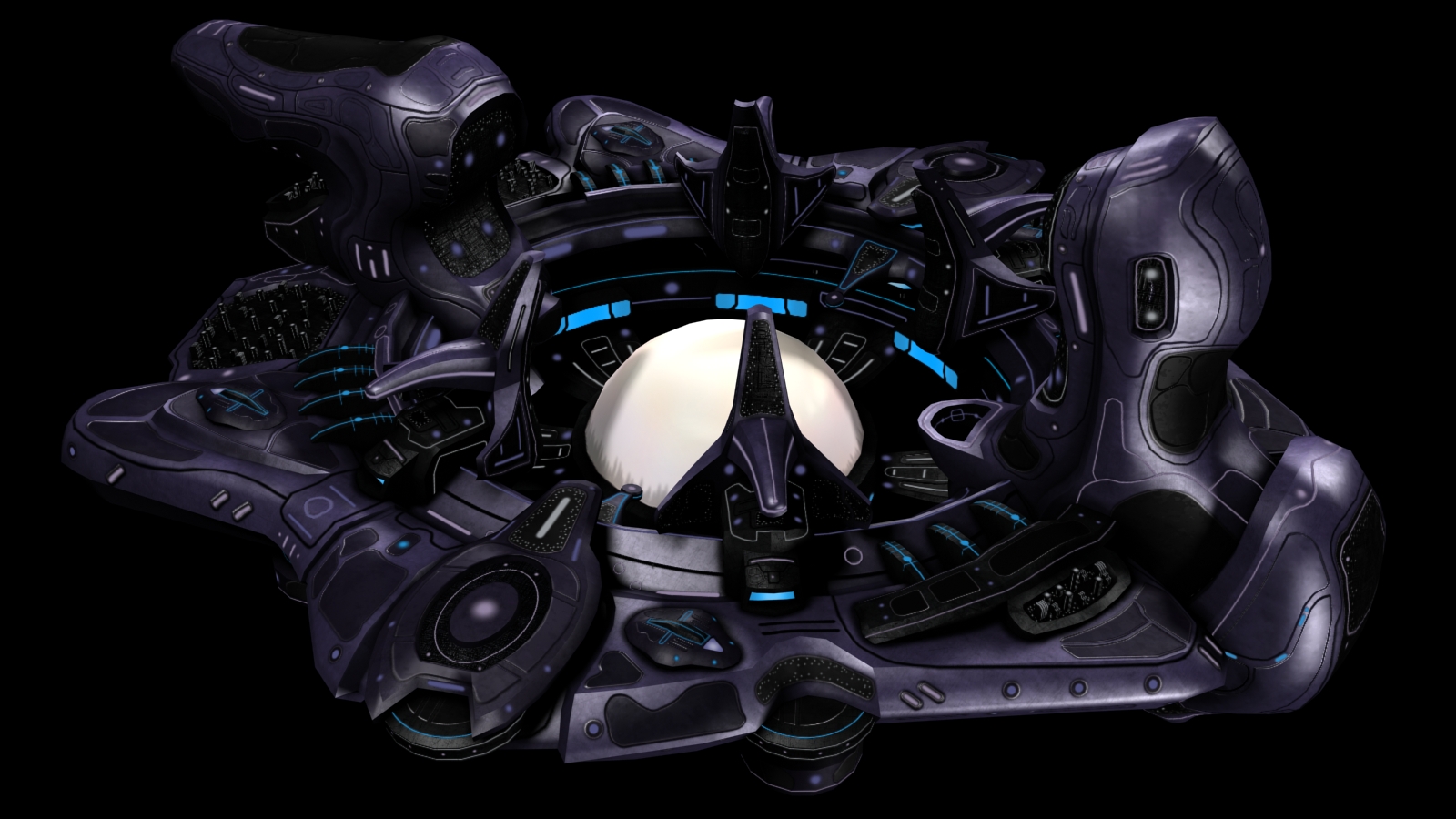 Other important balance changes include massive tweaks to the Patrol Station's defense fleet, there was a complete overhaul of the planet system, siege frigates were buffed, economic and combat research was overhauled, and the Autumn-class was removed and her traits were distributed around largely to the benefit of the Valiant-class. The Autumn will make her return at a later date and time (period). Numerous other tweaks and fixes have occurred throughout the mod. 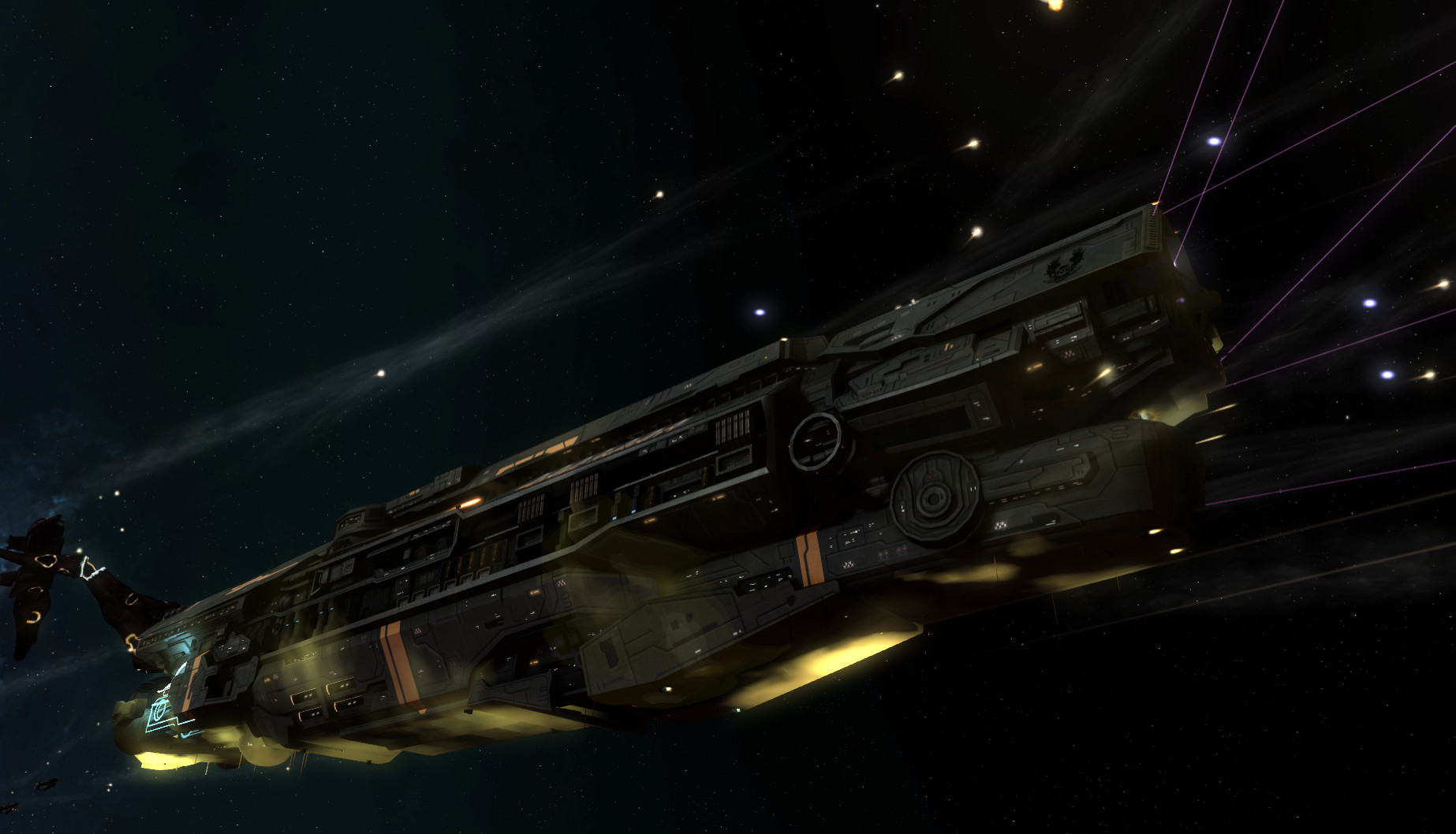 The UNSC HUD was also touched up, with even more coming in the next release! Here’s a sample of what to expect in 0.85!

Overall 0.85 is a pretty massive update to the mod and puts us one step closer to being able to implement upcoming changes that will further advance the project. As always, this is a friendly reminder that SotP is a free project worked on by dedicated volunteers who love the Halo universe and space combat. We’re always looking for help, so if you look at what we’re doing and think you can keep pace with us please contact us and let us know you’re interested! While we do not take donations, we do ask that if you enjoy the mod please spread the good word around to your friends and gaming communities! If you're posting recorded video of the mod somewhere please link back to our download page! If you're a youtuber or streamer with a decent audience and you'd like to get one or more of us on to talk about the project please contact us through one of the myriad social media locations provided below!

So worth the wait! Bravo!

Sins of a Solar Empire is currently $10 on Green Man Gaming: Greenmangaming.com

Also, if you're one of the 16 people who downloaded the mod and have a corrupted research menu please redownload the mod!

I like the UNSC HUD sample, Looks good. I will have to check it out in game.

you might of just got me back into sins dammit, I don't have the time anymore.

I was desesperatly impatient to try all the new features !! I downloaded it and I will test it so soon !

I Don't know for sure, but i think that this update broke the AI a little bit. I played 2 maps now since the update and the covenant do not really build a fleet. just some capital ships here and occasionally a destroyer there but nothing that the infinity alone could not handle. It's a little bit boring. I don't know if it's just me or if you could do anything about it but i decided to report it anyway. Thank you for this great mod. I love your work guys.

We're looking into this.

yeay for this!! I've been waiting for this update since the last version was a nightmare to newest SoSE (the game keep crashing after I install the mod). Great job, guys!

Read the rest of the text? We list that it's actually 8 minutes.

I'm having trouble with my saved game. Silly question but will our saved games transfer over from the previous build of the mod?

Nope. There's been a year of changes since then. Saves will basically break every update until we're feature complete.

Something is really strange. When I zoom out, it seems like the sprites for the suns of other systems are humongous, and all display above each other as a result. My FPS go from 120+ to sub 20. Same when I pan the camera around from within my system and presumably when the other system sun sprites get into view. Pretty much unplayable at the moment unfortunately.

As this is likely not a general issue and might have something to do with my graphics settings: I play on 1440p and 144Hz with pretty much everything maxed as high as it goes.

Also, separate and way less of an issue but the skyboxes (or at least some of them) need some work because the texture gets distorted at the ceiling and bottom of the sphere due to the mapping.

EDIT: Actually I played on a custom map when that issue with the sun sprites appeared. Is there a chance that the map references assets that aren't present anymore since the sun names changed? I just tested it with a tiny map and the sprite seemed fine. Huge map multi system has the sprites look weird though, like low definition but enlarged, though not covering the screen like on the custom map.

My Infinity doesn't have any abilities. Is this intentional?

The infinity is still under construction, it has an 8 minute timer before you can use it. Once its done you should be able to control it and use abilities.

Oh, okay. I've been playing without a Titan, because I thought it was broken. Those extra fireballs (frigates) I built instead are nice too. lol

Great update guys, you should be super proud of it. I hope I'm the only one having this issue though, sometimes when I command ships to jump to the next planet they just never enter slipspace and just try to travel normally. Happens with the AI when they are scouting, I'll see my forces trying to attack something which is almost half way to the next planet travelling through normal space. Hope this is helpful.

The sublight issue is a known bug

Some good fun, I just wish the lag wasn't so....extreme.... and the odd moments where the ships don't warp, but instead just keep flying towards the next planet.

I'm having a little issue that when I'm in dev mode that this error box keeps coming up with different errors, I've been able to start a new game but when I click on a capital ship it says something about something not being able to overwrite a ship slot, if you'd like I can get the specific thing it tells me, and if it isn't supposed to work in dev mode I'll just use the normal mode, which it works fine in last I checked.

Absolutely love the mod though me and my mates has noticed that for some reason the AI comes with a titan after about 10-15 minutes while playing co-op no matter what difficulty it was on and from time to time instantly got their capital ships boosted up to level 10 after killing one ship (No matter the size or level) and from time to time enemy ships tend to slowly cruise to the next planet instead of warping there.

It works perfectly fine while playing solo and we can't figure out why this happens when we're playing together. Besides that I have a quick question; will you make it possible to play with other races like the standard TEC, Advent & Vasari (Perhaps even the maelstrom ones which are the Replicators, Trade Alliance, Pirates & Normalin)? It would make it a bit more fun when you're playing a full 5man co-op to not play the exact same as everyone else!

Disregarding those two topics the mod is great! The models look great and love that the carrier is actually bombarding the planet with drop ships as it should! Great details and I truly appreciate your hard work on creating this mod and your attention to even the smallest details like the dropships!