Quick update on Rogue Trader/Syndicate factions. Still some work to finish up but getting closer to a release of Rogue. 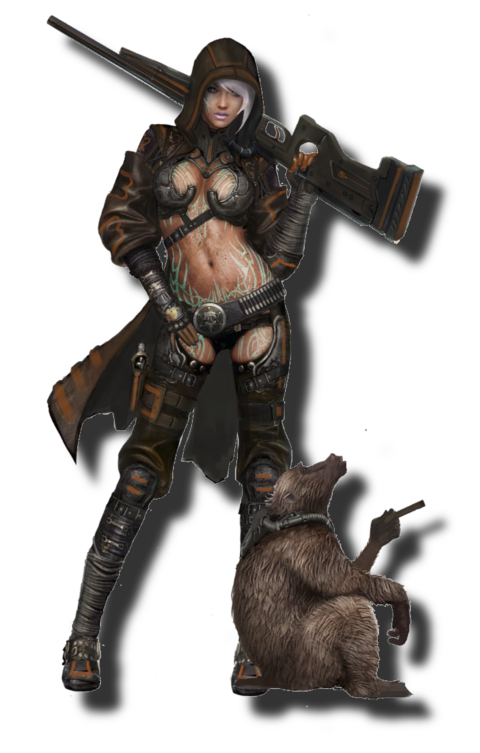 Quick update on Rogue Trader/Syndicate factions. Still some work to finish up but getting closer to a release of Rogue.

Cybernetically enhanced humans fashioning themselves as pirates will be the first to pass through Pandora's Gate. These pirates aren't like the pirates of Sins making occasional raids for the highest bidder. Instead the Rogues are scavengers, trash talkers, and are generally just looking for a good fight to pass the time. Don't be surprised to see them offer "protection" to nearby worlds for a moddest kick back. Their affinity for the less than honest way of living meshes well with the pirates of Sins allowing for lots of back room deals. Sporting fast ships and a criminal mentality you might find yourselve faces losses both financially and militarily before you realized what happened.

Rogue Syndicates have no regard for the laws of others making it difficult for other factions to ally with you though you'll ally with anyone if it suits your purpose. It's difficult to tell the Pirates from your empire especially as you are able to purchase pirate reinforcements whenever they are needed. Stealing income and resources from other empires is a matter of pride.

Sounds awesome. Looking forward to do some piratie stuff. :D

BUUUUT one thing!:
Could you give me a link to the full image of the girl and the monkey, please? (Not just the one you get, if you click on "Open Picture")

It's from an Eclipse phase character manual. Let me see if I can grab the original file.

Sent a link to you in a PM.

oh, this will be cool

This is really interesting O:

For this mod, i think yamato need more attack skills than defence.