And it has been forged in the flames of epic and tempered in awesome-sauce!

Posted by TheConjurersTower on Aug 12th, 2013

Welcome to the biggest event in the development of the game since it first strode out of the darkness and into it's first alpha build!

This, ladies and gentlemen, is Siege of Turtle Enclave!


I feel there is so much to talk about I just don't know where to start, I know over the past few articles I've touched on the new features that you can expect to see in the game now, but in case you just stopped in and don't know what's been happening lately, I'll talk about them again for a bit;

First; the new army system, gone are the days when a tile filled with 30+ units invade a tile containing 40+ units mash themselves to death in long, frantic, and confusing engagements. Now units are grouped into 'Armies' consisting of no more than 12 units, battles are fought between these armies, and armies are commanded to and from tiles, (with enemy and friendly armies being able to occupy the same tile without actually having to fight each other). This should make individual battles less tedious since they are fought between fewer units.

Second; the new unit veterancy system. This has a huge effect on the gameflow as units now grow in power the more engagements that they survive, to support this new system all unit stats have been re-done to increase unit survivability. Not only will units become grizzled veterans by fighting, but now their unit abilities only become unlocked when they hit a certain level, (level 3 for the first ability, level 6 for the second, if applicable). 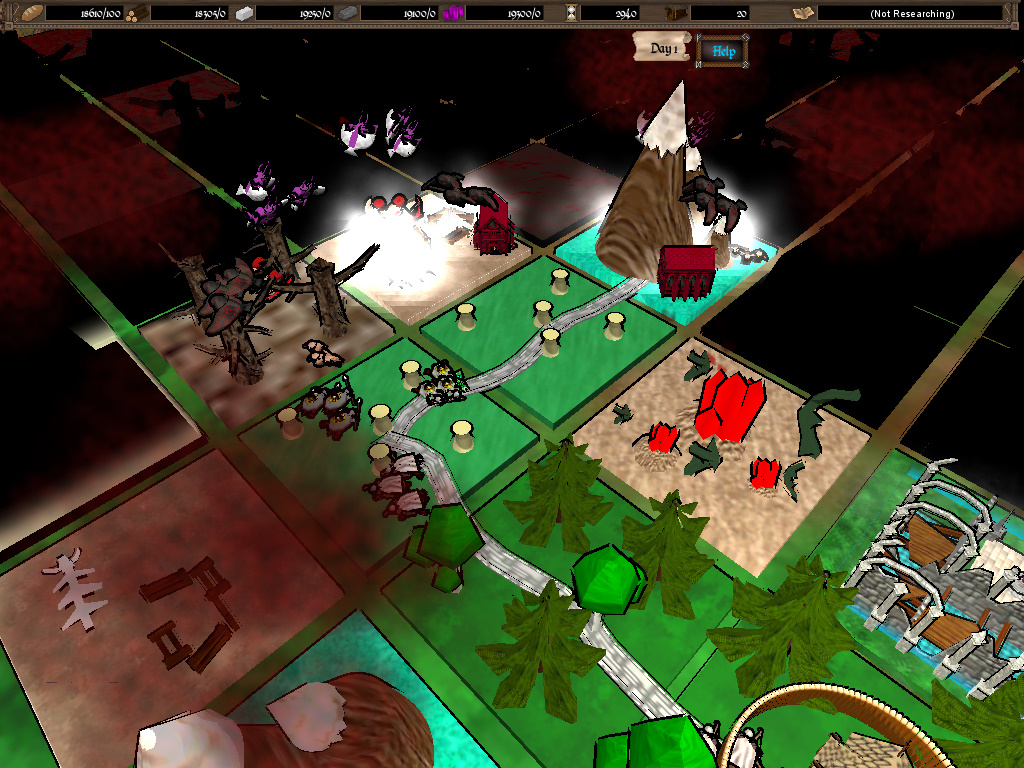 Third; perhaps the grandest change of all, the real time battles are now actually 'real time battles', instead of 'turn based battles fought in real time', as I shall illustrate. Previously, a timer would count down and then all units would 'attack', this was one 'round' of combat, DoT and other such effects were tied to this counter. Now however, each unit has it's own 'attack timer' based on the units' speed, which varies from unit to unit, some being very quick (like archers) and others being very slow (big two handed mace turtles or caster units). Guard towers and Siege engines also have their own attack timers, and all timers (unit and tower/engine alike) are slightly randomized to ensure that nothing seems to be stiff and timed, everything should seem more fluid and alive. On top of this, rounds are now broken up with interesting choices that the player can make based on how each army has performed, for example; both armies deal similar damage to each other and the round ends, the player may be be presented with a choice like this 'the enemy is falling back on their defenses, if you choose to pursue they will be stronger, but if you do not pursue the battle will end in a draw. What are your orders?'. Conversely, you might make a similar call, to fall back and strengthen your defense, or if the enemy is retreating you can follow up with a boost to your attack rating and cut them down as they attempt to flee! But take care, units now have 'Stamina' that is expended as they fight and take damage, when a unit becomes exhausted it must fight with significant debuffs to it's power. As an example of this, in a test engagement, the enemy had more reserves than me, but my troops were more powerful than theirs, in the first few rounds of combat I drove them back with relative impunity but then my entire army was worn out, they switched out their worn troops with fresh reserves and not only stopped my advance, but turned my troops on their heels and nearly wiped out my army, only a few of my weary troops survived to claim victory. It was glorious! 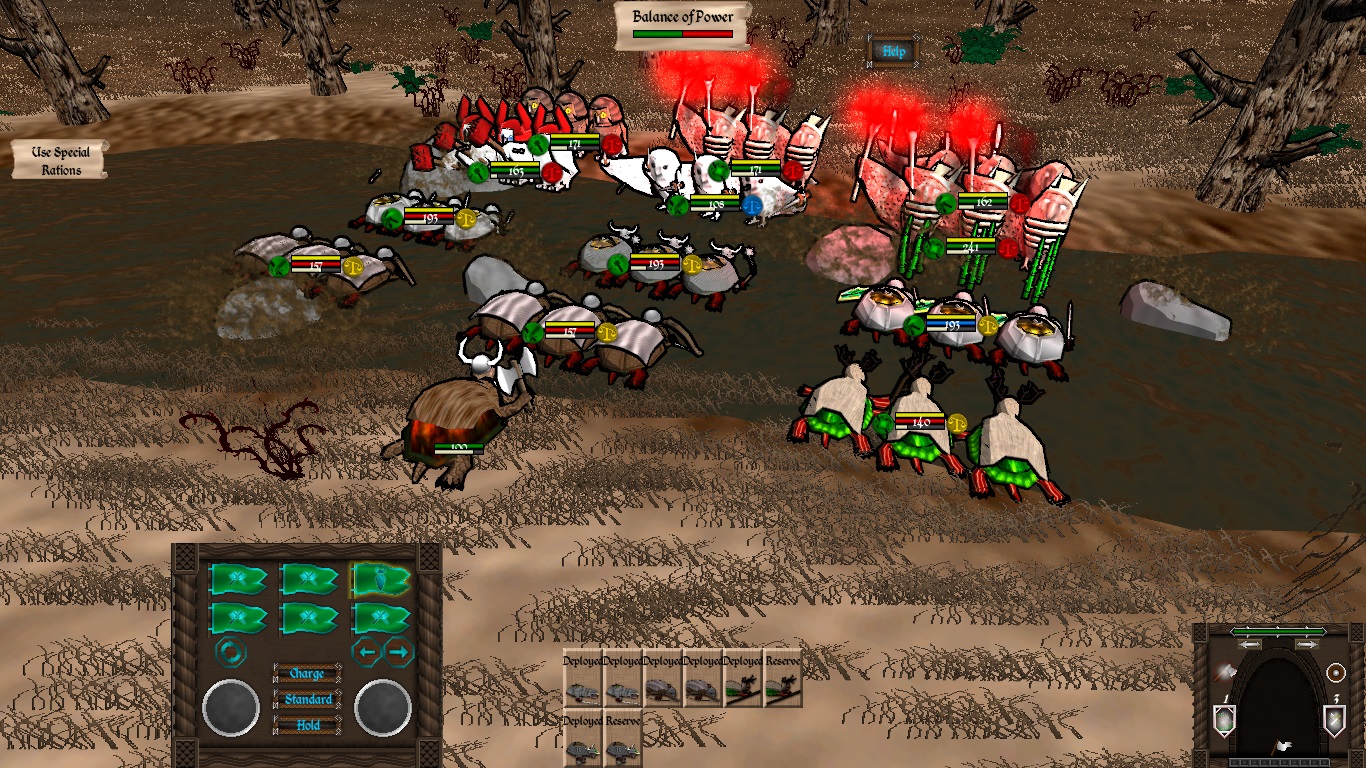 Fourth; unit recruitment is no longer 'structure based' but now 'tier based', with your recruitment pool being determined by the level of your Keep (some units will be missing if you haven't researched the required tech or claimed the appropriate goodie hut). Building a unit's associated structure will still offer significant benefits so you shouldn't neglect building them, these benefits include paying half as much to recruit the unit in the first place, and the unit is recruited at level 3 with it's first ability unlocked instead of level 1, plus you need to build structures to unlock powerful Techs and to upgrade the Keep. This change was implemented to help players recruit units to counter enemy units since the rock-paper-scissors mechanic plays such an important role in battles. 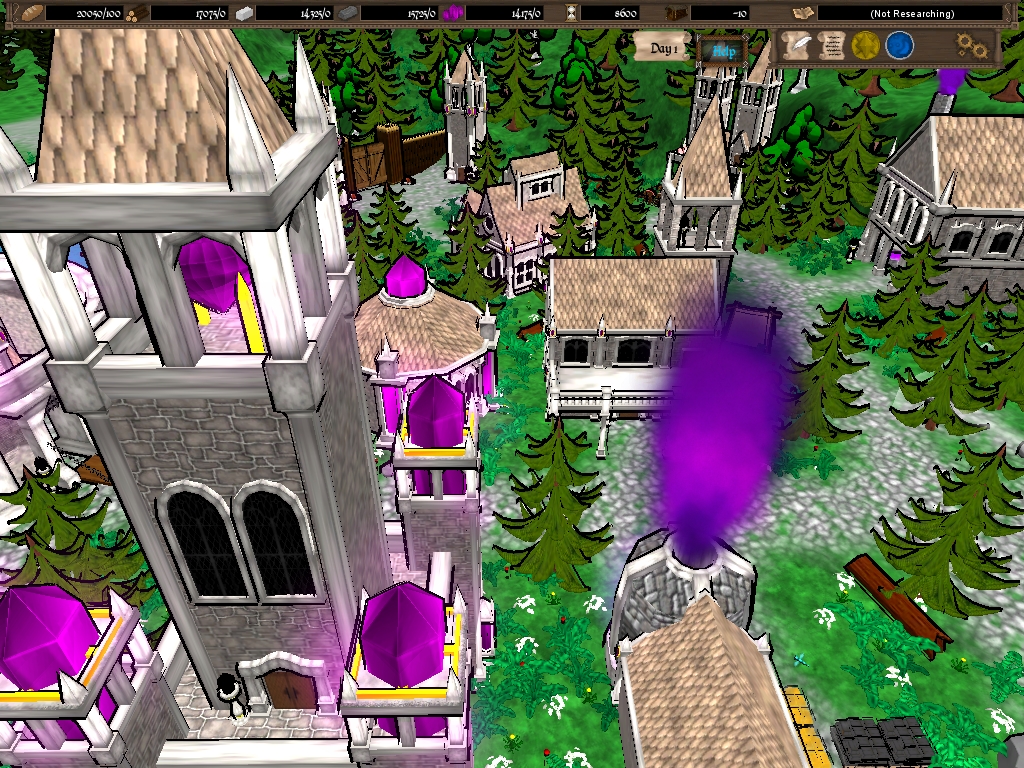 Before I wind down I'd like to thank you all for being a part of this event, and I'll have more news in some weeks explaining how the game will move from Beta to Release and what players can expect to see in future updates, one thing I can tell you is that the next update will see a big improvement on the UI, which is getting facelift, there's too much information that the player doesn't have access to or is obscured, that will hopefully be rectified by the coming changes.

Thank you all for reading, take care and I look forward to your feedback, until next time!
~ Heftig

Looks great. Keep up the good work. The art style is really appealing.

Thanks! It's been a joy creating the art assets for this game!

:) And I hope to make it even more interesting now that it's approaching release. Thanks for stopping by!

Very nice music. I think it fits really well with the pace at which the gameplay moves and the art style. It just feels relaxing and friendly.
Good work !

'Relaxing and friendly' is one of my favorite atmospheres in gaming, I feel music is one of the key factors in achieving this and I really tried hard to find the right tunes to capture that atmosphere. Glad to hear I succeeded! :D Cheers!

Amazing. Can it really be Blender behind it all? O.o

Did you make of the assets yourself?

I made all the models with Blender, Blender's awesome. I made 'nearly' all the models and textures myself. Some particles, all the shaders, and maybe a terrain texture here or there was included with Unity or something.