Siege of Turtle Enclave is a turn-based strategy game with real-time battles! Through the course of the game the player must collect resources, build and upgrade mighty structures, train a wide variety of troops, cast spells, conquer territory and wage war against a mighty foe in this innovative 4X strategy game! Take command of your troops and fight in action packed battles featuring a unique real-time-turn-based hybrid system! Deploy the right unit for the job, as these battles also feature a dual-rock-paper-scissors mechanic, with diverse and powerful unit abilities for added depth and excitement!
RSS Articles

This is primarily a graphical update (pretty cool if I do say so myself), with some framework installed to pave the way for the Special Edition units to be made available through Steam. 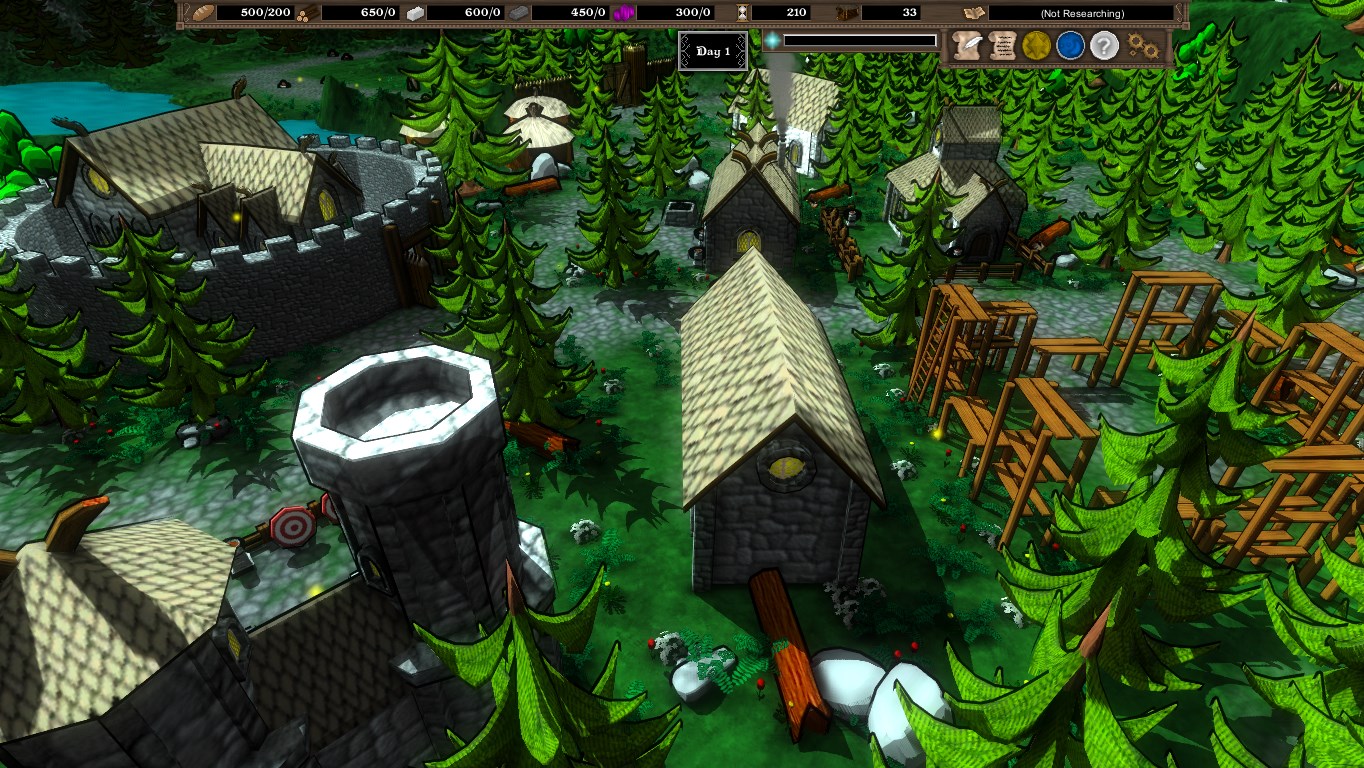 What's that? You don't know about the Special Edition? That was a cool bit of fluff I made for the PWYW deal on IndieGameStand a while back, if you beat the average price during the sale you got to download the 'Special Edition' of the game. The only difference being that it included 6 additional units; three ranged gunpowder units and three melee golem units, a bunch of people who missed the sale expressed an interest in grabbing the extra units so I decided to add them as DLC on Steam. They should be coming out sometime within the next few weeks, I've been really busy lately but I'm making the time to get them set up.

Oh also the game on Steam and IndieGameStand now includes Linux versions! Yay! I' expecting problems with that so if you have any please let me know, I'll try and address them as quickly as possible.

As for other changes there is now an end-battle screen that tells you how many units you lost, how many of them recovered after being struck down, and also how many enemy units you killed. 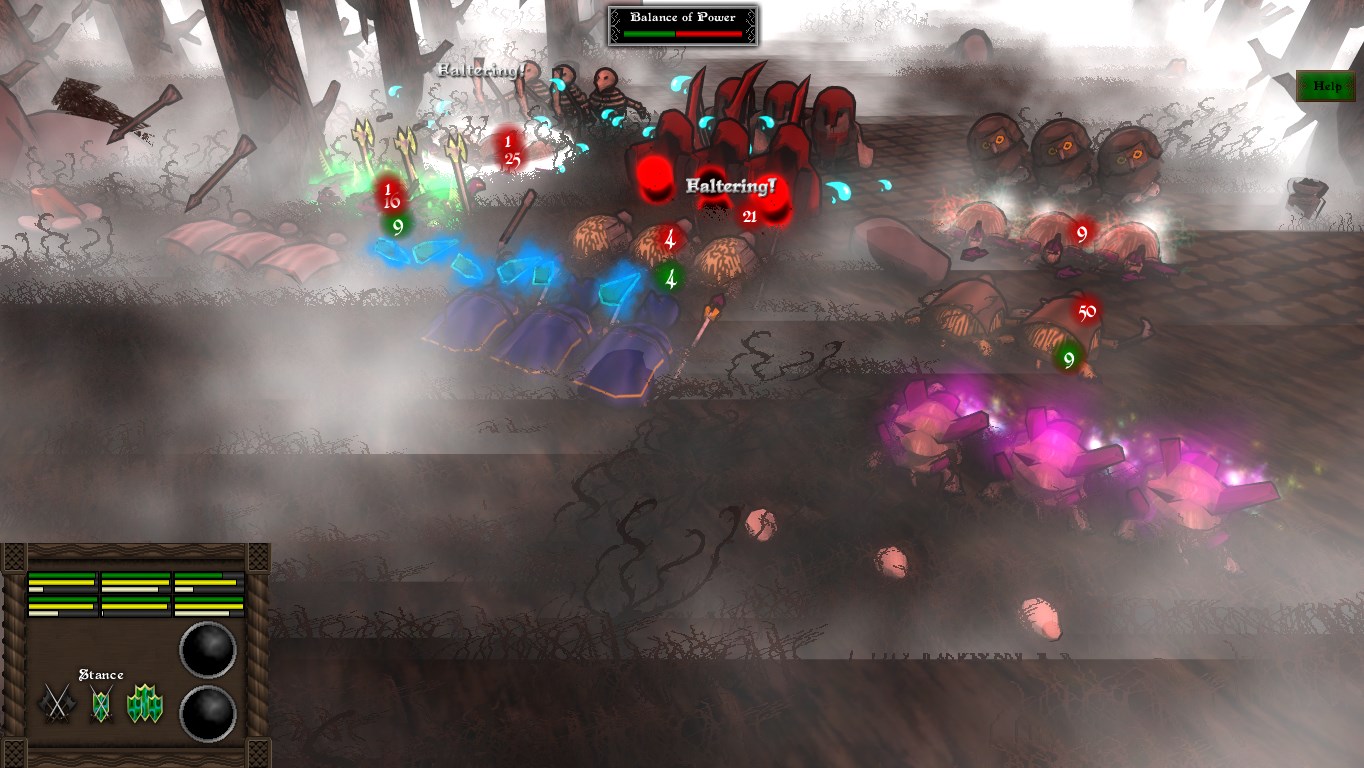 ! ! Heads up ! ! With Desura going down I advise anyone who purchased the game through Desura who even has a passing interest in this game grab a Steam Key for this game through your Desura account, in case the website goes dark.

That's about it, thanks for stopping by and let me know what you think about the new graphics!
~ Heftig

As you may have noticed, Siege of Turtle Enclave has been Greenlit for distribution on Steam!

Hiatus at an End; Work on Next Update

I've begun work on the next update feeling refreshed and ready to give it the time and clarity it deserves.

Hello and welcome to the latest patch for Siege of Turtle Enclave, the end is nearing rapidly, and quite a few of the remaining loose ends are being tied...

The Road to Release: Episode 5

Many bugs have fallen in the latest purge, and the Magic System is all in place and working nicely.

Emphasis on 'experimental', this download contains the zipped 'app' of the Demo of Siege of Turtle Enclave, not the installer, the way I understand Mac...

I don't know why this has such a poor-rating. I am worried now, I liked the slow-pace of the game, it will probably change to be more exciting, which may make it less patient and enjoyable. I will d/l the new version and see.

There isn't too much need to worry about the pace of the game, I am speeding up the default pace of the real time battles a bit but that's something that the player can change on the fly (in the options), and the pace of the campaign I'm not planning on changing except perhaps through more options at the beginning of the game (like the Advanced Start option I just added). Ideally I'd like the game to be enjoyed by players who like both fast and slow games, by providing options for both.

And yeah, I'm kinda surprised at the rating too, especially after the last couple updates. But hey, almost 4 out of 5 isn't a bad rating considering it's not finished yet.

Thank you, nice update. I cannot try it yet but I will have a look at it later... keep up the good work :)

Any plans for Linux?

Very probably, I'm currently running an older version of Unity because I started the project before native Linux exporting was supported and haven't wanted to update for fear of breaking the project and causing delays in the development. After the Release of version 1.0 I'll update Unity and then try to get a stable Linux build out for testing. If the tests are successful I'll add Linux as a supported OS.

I know you said that you were leaving how aggressive the enemies are with the settings turned down until beta (see my previous post on page 3 or 4) but I just want to ask did this get balanced in this update or are you still waiting to put the game into beta?

I will admit I have not played it since my last mail as it really did my head in being attacked all the time with the aggressive settings set low but will give it another go to see how it plays now. I read through the update and I praise you on the amount of work you put into it since the last update :)

I have just played a couple of hours, got to day 80 on low aggression and I am having to chase them to fight instead of them hitting me :) I shall try it on medium tomorrow.

When I got to day 79 I had to save, quit then restart as I could not press to get to the world map or end day, I was stuck in the village. It worked fine after I restarted it though and lost no save data.

Loving the new sound effects especially of the thunder and the rain looks much better too. Well done with this, looking forward to more to see once beta comes into play :)

Awesome, and thanks! I really nerfed the aggro on low and slightly nerfed it on standard, but the entire way the enemy handles troops is being re-written (I actually started laying the groundwork for that today) and the new system will make a lot more sense (on a strategic level) and be easier to balance/scale to suit the players' desired experience.

The weather is much better, the old ones were driving me crazy (I must have rushed them in when I was busy with something else) so I figured I could just tweak them a bit to get a much better effect. Glad I was right!

As for the bug report; that sounds odd, did the GUI appear and simply not respond?

Also, for future bugs: If you're feeling a bit adventurous, you can find the file called 'output_log.txt' and copy/paste all the text inside it into a new thread in the Bug Forums. The output_log.txt is inside the 'SiegeOfTurtleEnclave_Data' folder that is inside the main game folder which should be located in the install directory (which is probably inside Desura's folder), this log file gets reset every time you launch the game so you would have to be copy and paste the text right after shutting down the game after the bug happened, or the next time you launched the game the log would only show info from your latest session.

Sorry for the wall of text! But thanks for the feedback and I can't wait to dazzle everyone with all the cool additions that I have planned for Beta! :D

Sorry, I am not very technical and try to avoid opening files in case I break them somehow.

Everything was there, the interface and all the buttons and everything else, I could click on anything and it worked except the world map or end day button. They were there but not working. It's only happened once though and as I say after I saved it and quit and restarted my save file from that point was intact, nothing lost, and everything was working again :)

No problem :) thanks for what you are able to tell me. It really is very helpful.

It's probably some AI bug causing the world map not to clean itself up properly, leading to problems in the town view. Hopefully I'll squash it before the next update!