We discuss a variety of upcoming features including the Shotgun, Hospital, and Technology Levels. We also give an more detailed look on how the Field Artillery will be controlled.

For the last couple of weeks, we've slowed down on releasing major features so that we could address many game balance, griefing, and quality of life issues. We're still working on these things, but we're also looking to finally release some new content in the next couple of weeks.

All features discussed here are subject to change at any time during development.

It s been a while since we've released a new small ballistics weapon. One of the reasons is that for the longest time, players weren't really producing non-Rifle weapons in the game. With the introduction of packed weapons and the removal of the Rifle from the starter kit (0.0.12 update), we feel that the game is now ready for the Shotgun.

The Shotgun will be obviously be advantageous in close quarter combat situations. In practice, this would be an ideal weapon for eliminating resistance on the inside of an enemy controlled town or base, after breaching the outer perimeter.

Our near future goal with regards to guns is to get at least one base type of every weapon into the game first. Once we've figured out the fundamentals of how each should work, we will then work on variations. We plan to have many distinguishable guns in the game eventually, amounting to potentially dozens of weapons to choose from, each with slightly different characteristics.

Here is a model of the Shotgun. 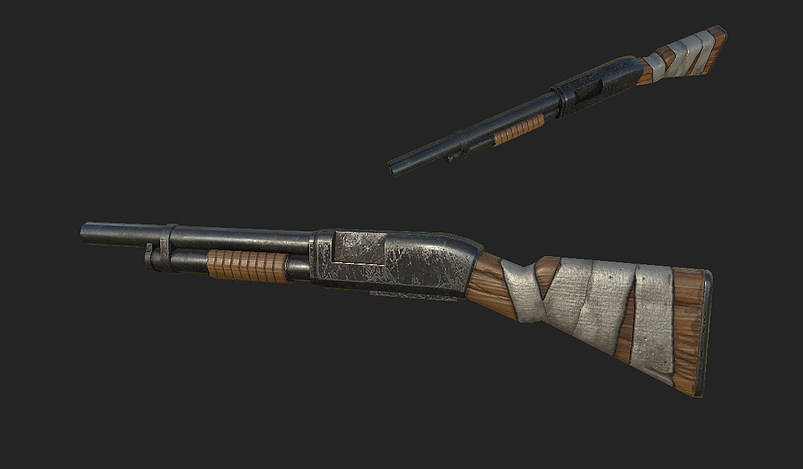 Awhile back, we talked about new medical related features coming to Foxhole. We're almost ready to release some of these features, but there are a couple of changes and additions to the plan.

We previously talked about the Medical Tent. It was suppose to be the structure where all medical related items are produced. We have since replaced the Medical Tent with the Hospital. This will be a new world structure found in certain towns and will provide several functions:

All medical related items will be produced here, including Trauma Kits (reviving downed players), First Aid Kits (restoring health), and Bandages (stopping bleeding). It should be noted that the current Medkit item will removed from the game.

In order for a player to heal their Impaired State, the Hospital must be stockpiled with Medical Supplies. Such supplies are produced at the Supply Station, just like Soldier Supplies. This adds another element of strategy to the logistics game. An army with control over a Hospital a proper supply line will have soldiers that are fighting at 100% capacity at all times. 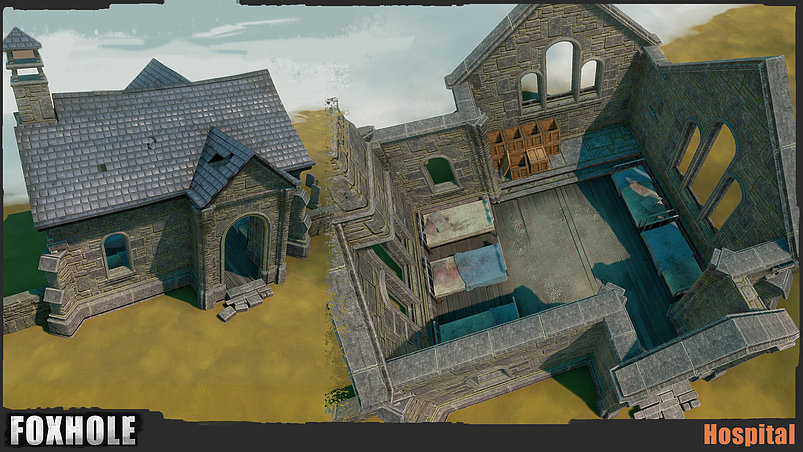 One area of the game that we aren't happy with right now, is how static the content of the wars are when they last longer than a day. When a war stretches out, nothing changes in terms of the weapons being used and there is no progression in the tactics employed by each side other than grinding out higher quantities of weapons. Having a sense of progression throughout each war is a key component to making Foxhole work. Our first approach to this issue, is to allow World Structures like the Armory and Vehicle Factory to be upgradeable to higher Technology Levels. Structures with higher levels can produce new things. For example, the Field Artillery will only be buildable once Technology Level 2 is unlocked for the Vehicle Factory.

Upgrading a structure is a collaborative effort. Players must harvest the Technology Parts, a rare resource, from remote areas of the world. A large quantity of these parts must be added to a World Structure before it can be upgraded to the next level. This is a process that will typically take hours (if not days) to complete and will require contributions from a large number of players.

If this mechanic works out, we imagine more advanced weapons of wars like Tanks, Rocket Artillery, or War Trains taking days of technology upgrades to achieve.

We are on the verge of releasing the Field Artillery, but I wanted to provide one more update detailing how it works.

In the ideal situation, using the Field Artillery will be a three man job. The first player is responsible for steering and moving, the second player is in charge of firing and reloading, and the third player assists the first two with spotting. The first two players won't be able to see beyond their local area, so they must rely on the third player (preferably using Binoculars) to identify target distances and directions and to report hits. We are adding some improvements to the Binoculars to assist in the process, like showing the view distance on the HUD. The first two players will be able to fine tune their direction and distance by yawing the artillery and controlling fire power. 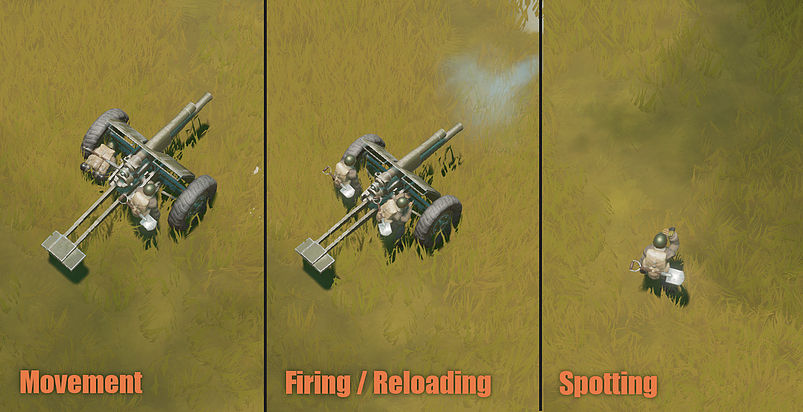 Make no mistake, the Field Artillery is going to be an advanced weapon in the game and will require a good amount of experience to master. However, with a well trained team, they will be able to wreak havoc on entrenched enemy positions like walled off towns.

This is shaping up to have a lot of depth. Keep up the good work.