We're proud to present the first patch to last week's public release. Alpha 1.01 features overhauled unit balancing, new weapons, a new character, and many other improvements based on community feedback.

We're proud to present the first patch to our v1.0 public release. Changes and improvements in v1.01 include: 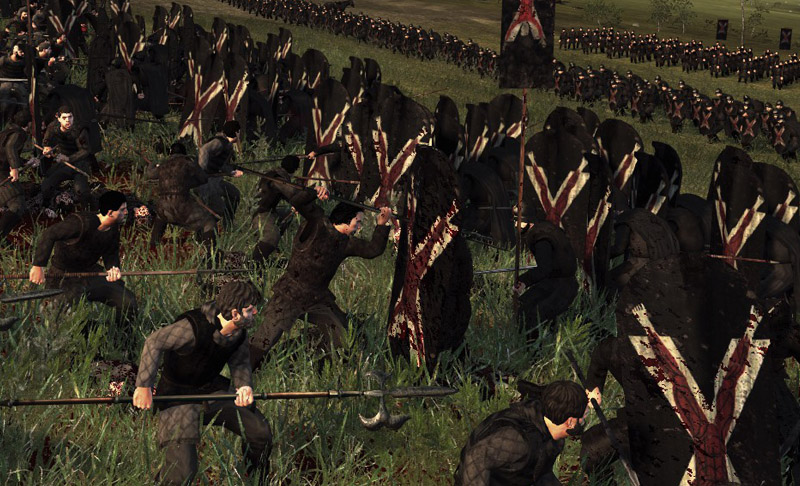 New players
1. Ensure you have WinZip, WinRar, or some other program to open .rar files.
2. Download the mod, open it, and move "Seven_Kingdoms.pack" contained in the file to C:\Program Files (x86)\Steam\steamapps\common\Total War Attila\data. Non-Steam users must simply move this file to the data directory of your Attila folder.
3. If Seven Kingdoms is already installed, overwrite the old Seven_Kingdoms.pack with the new one.
4. Launch Attila
5. When the game launcher opens, activate "Seven_Kingdoms" using the "Mod Manager" button (simply click the check box next to the mod). Make sure "enable out-of-date mods" is checked.
6. That's it!

If you are crashing at custom battle, please do the following:

- Go to your AppData folder (try searching for %appdata% with Windows). Mine is located at C:\Users\BlickMang\AppData\Roaming\The Creative Assembly\Attila
- Delete the folder "battle_preferences". This folder stores custom battle settings, and resetting it allows it to work.

When you play Attila, the game stores your custom battle settings in a saved file. When you start a mod with different unit names, the game can't reference these saved settings, and so it crashes. Deleting the file skips this process and forces the game to generate a new one with the new mod.

The balance overhaul is the centerpiece of the v1.01 update. The detailed feedback our community provided shaped many key decisions, and Wiid has done an incredible job taking gameplay to the next level based on this feedback. Players will notice a slower and more natural pace to battles, with statistical changes made to make each faction and House feel more unique. Well-equipped armies from the Reach have improved armor stats and missile defense, while soldiers from the North are tougher and more resilient. The Houses of the Riverlands recruit well-rounded units, and at a cheaper price. 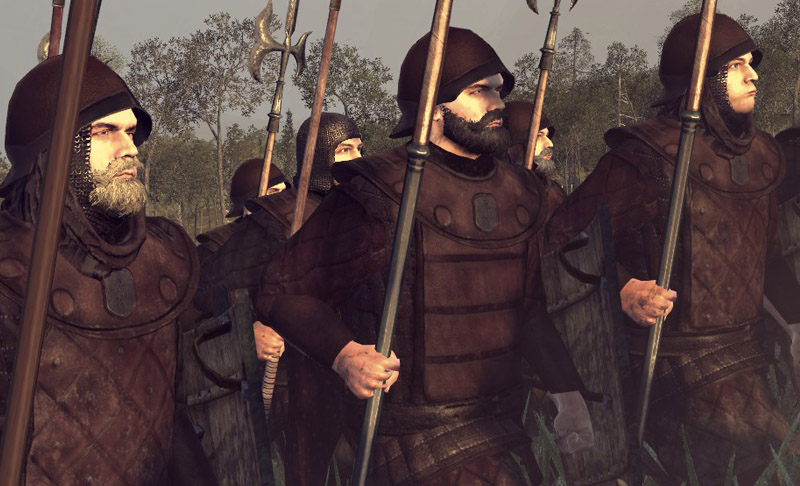 Patches will be released regularly, fixing minor issues and adding small improvements to the mod's foundation. Separately, content updates (think of them as as Attila's faction DLCs) will focus on a particular theme and will be released on a monthly or bimonthly basis. The goal is to create a steady stream of new content, without keeping people waiting on smaller bug fixes.

The first planned content update includes the Wildlings and Night's Watch, along with our custom "Battle of the Bastards" map outside Winterfell. We hope to have this completed and released in early- to mid-January.

I'm having some problems with the mod. I cant play a battle or a campaign. 1st because the campaigns still are the same from Attila, even with the mod installer. And when i try to play a single battle, a custom battle, my game stops working.
Sorry for my english, i'm brazillian.
I know your mod is a very good Attila's mod, and i also know that you had a very hard work doind it, but i need help about fix it.
Thank you, guys!
:D

There is no campaign. We can't make one until CA updates the developer tools. To fix the custom battle crash (this is an Attila bug with many other mods):

- Go to your AppData folder (try searching for %appdata% with Windows). Mine is located at C:\Users\BlickMang\AppData\Roaming\The Creative Assembly\Attila
- Delete the folder "battle_preferences". This folder stores custom battle settings, and resetting it should allow it to work.

Thanks everyone for your effort.I have one question i download your mod but unfortunately i cant open it. My Total War Attila game has no "betas" .Should i download betas like patch 5 or 6 ???

House targaryen and House Baratheon of Kingslanding are the only major factions I haven't seen yet. Your work is incredible and looks fantastic though. For House targaryen you could do a mix of second sons, unsullied and Dothraki.

There is a house Baratheon of both Stormlands and Dragonstone,but this mod is set after the death of Robert Baratheon, and technically the troops of Joffrey Baratheon are only Lannister bannermen or the own guard of the city, that are the only missing thing in that way, who could be added as a unit really. On the other hand house Targaryen has a lot of variety like you said, and it's going to be quite difficult to include such variety.

Is there any chance you add this to steam, I really don't mind but it cold be helpful for some people who don't understand much about modding. You have done a great job by the way, I can't wait to see the Night's Watch.

I wish we could (would make updates easier!) but Steam has file size restrictions.

Does Blood and Burning come as a part of the mod or do you need to have the DLC to see any gore?

Can you add Ned Stark as a general please and make him OP?