McKay: „Hi John, once again I found something interesting in the database.“ A guide to Ascension, a ZPM construction manual or only a pie recipe?“ McKay: „Oh, this would be super interesting.......well except fort the pie recipe. But no, this isn’t it.“ Sheppard: „What is it all

McKay: „Hi John, once again I found something interesting in the database.“
Sheppard: „Oh finally, the latest logs of the Lantian ships.“
McKay: „Oh.......ehm.......no these files are too overencrypted and I’m simply unable to recover some of them.“
Sheppard: „What else could be so interesting? A guide to Ascension, a ZPM construction manual or only a pie recipe?“
McKay: „Oh, this would be super interesting.......well except fort the pie recipe. But no, this isn’t it.“
Sheppard: „What is it all about then, Rodney?“
McKay: „It’s also logs, not about the Lantians but about the Wraith.“
Sheppard: „Oh brill the Wraith. But we already know all their ships.“
McKay: „Well yes the ships. But not the buildings.“
Sheppard: „Well, well, they also got buildings? Couldn’t you have said this straight away?“
McKay: „I could.“
Sheppard: „OK, show it to me, will you?“ 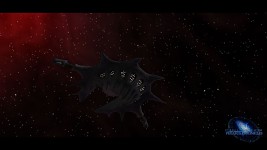 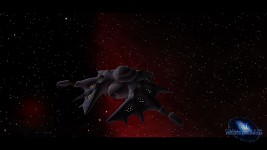 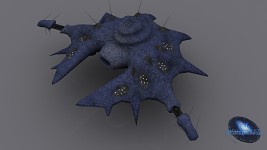 The Space-hangar is used to construct Heavy Fighters, Heavy Bombers and Experimental Darts. The jagged building is unarmed but therefore it's equipped with a quite heavy hull. Antennas with short-range sensors are attached to the exterior and there is a control center on the upper side. Located within are hangar bay and production facilities including organic-matter tanks used for spacefighter assembly. 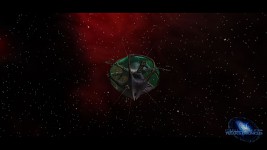 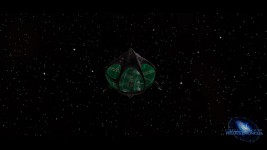 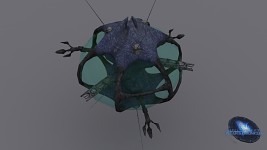 If a Wraith vessel is damaged, it can be refitted at the Repairsatellite. It's used to speed up the organic hulls regeneration as well as to repair all technical systems. Therefore the satellite is equipped with a huge blatter filled with dermal-liquid, which is spread onto the hull in order to heal organic damage. Some mechanical arms are repairing all the ships technical components simultaneously.

At this point the latest news ended usually but today there is still one piece of news for you!
Some of you who are active in our forum may have tracked the development of a V 1.2 patch for the Empire at War Version which has been developed during the last weeks and moths by some of our fans.

At this point we would like to thank especially Felix „Baal" Messner for making it possible for us to happily provide you with the patch 1.2 simultaneously to these news. A changelog is enclosed to the Patch and is also located at the Moddb download description.

Please be aware of the fact that we won`t provide any support on this patch because we only had a supporting role on its development and also simply won't withdraw any personal from the Pegasus Chronicles development.

See you next month!

Experimental darts ..... emmmm , it sounds interesting.
This mod it would be completely amazing. It's secure we will have a good time enjoyint it.

I thought something was strange with the dialogue.

Keep up the excellent work! I look forward to the day when I may play as a Wraith and destroy the puny humans! HAHAHAHAHHA!

Yes, we shall slaughter them!

Just if they give us a beta build of the FoC version ;D

VERY IMPRESSIVE! Between the Ori space station to the Aschen to the Asuran ships this thing is gonna be bad @$$ whenever it is released.