Here is new screenshots from the first level and a the final version of Chell's animations !

After 2 month, I'm coming back with a few content to show.

I know that I'm released a video on their animations 2 months (it's one of my latest article), but I've made some change to Chell's animations, and now, as it's finished, you can discover the final animations of Chell !

New screenshots of the game

In the game inself, I've made many changes on the lightning of the level, because I thought it was too lighted.
The "cryostase zone" (where you spawn in the first level) now has more stuff. You can see it on the screenshot lower. ;)
I've finished the observation room near this zone too.
And finally, I start to add cameras in levels. They do not work yet, but I'm on it.
I'm stop talking, here are screenshots : 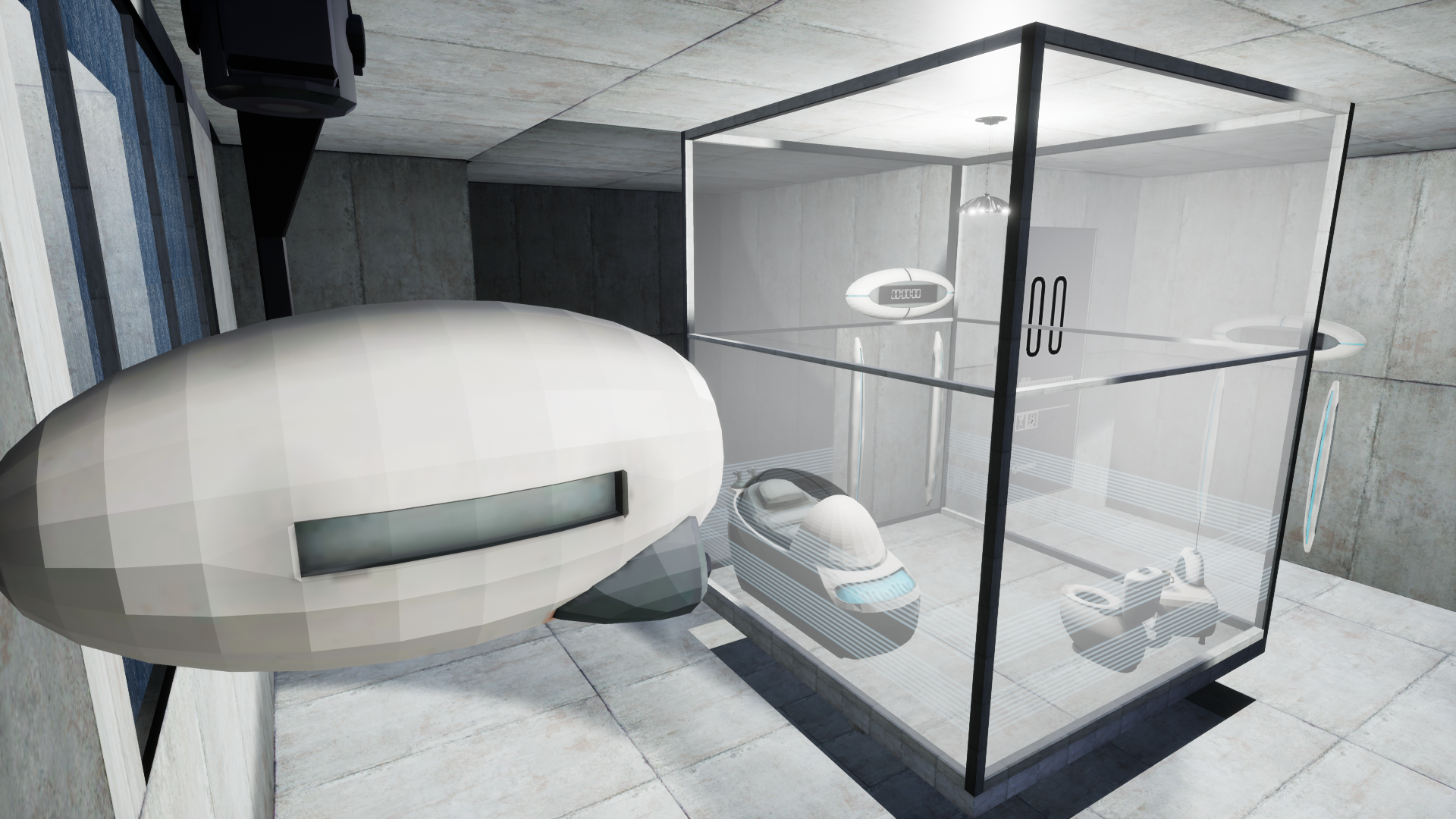 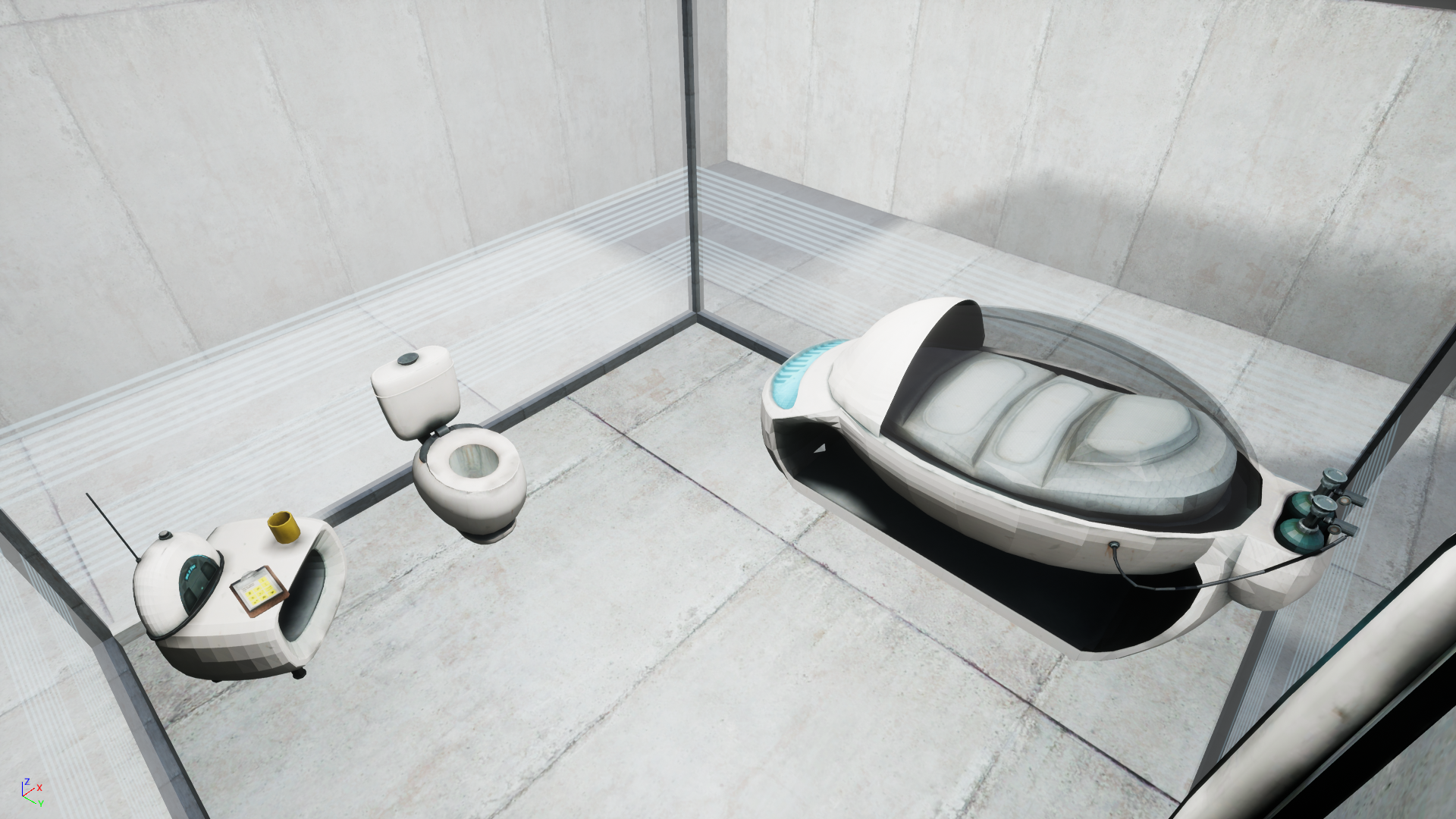 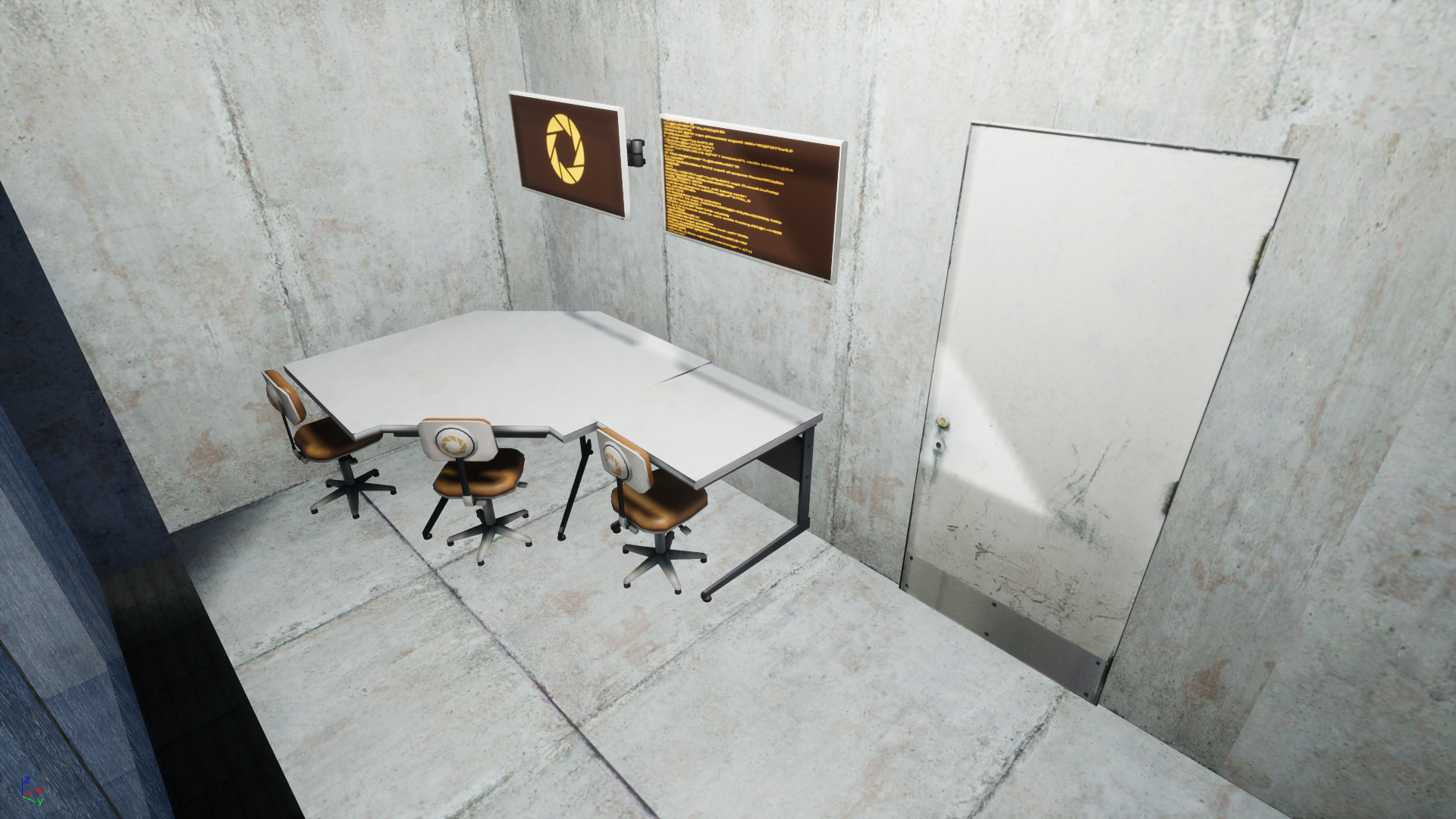 I think your smoothing groups got messed up when porting from source to UE4, resulting in the blocky look.
Also, I think you should use static lighting instead. Fully dynamic lighting in UE4 has no light bouncing so it looks really flat (and in my opinion actually worse than the original game).

Some parameters haven't been exported correctly, yes.
I will try static lighting, thanks for the suggestion :)

Actually I think the problem might be your lightmap UVs, but I can't really tell just looking at the screenshots. Anyways good work so far, looking forward to your next update :)

I will work on that tonight or tomorrow, but I think you've the problem, UE shows a message about that then I build the lightning :P
Thanks :)

Is possible to run a VR in this game/mod?

The game is not adapted to VR, at least for the moment. At the end of development, I can maybe try to adapt it. ;)

Thanks ! :)
Yes, it's a bit polygonal, because I wanted to test something with the camera. I will improve the camera after my tests, don't worry ;)