A series of screenshots showing how the second level of The Undead Zone campaign, the town, developed.

Hello, I'm going to show you a small fragment of the journey that The Undead Zone has taken. I'm going to do so by providing a series of screenshots that demonstrate how two sections of the Town level of the campaign have progressed. 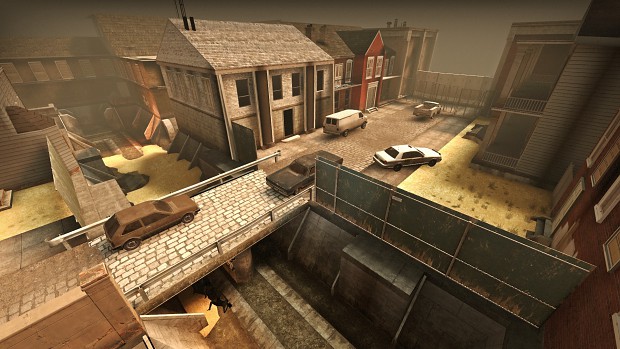 Version 1:
Above is the initial version of this area of the level after detailing. The grey fog and cobbled roads give it a somewhat English feel, not what we're after for the American west. 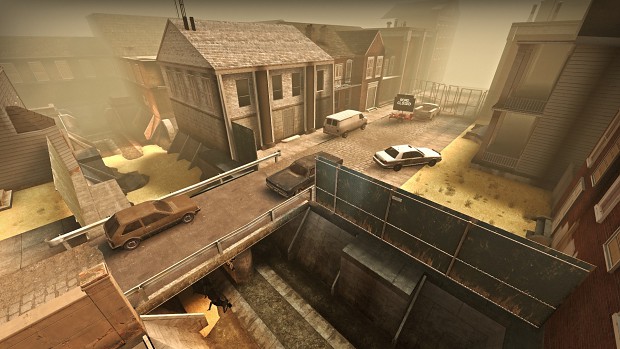 Version 2:
In this next version we can see that the fog is much lighter and has a yellowish tone to take on the appearance of dust, it is however too thick at this stage, an additional building has also been added to combat the feeling that the world suddenly ends at the end of the playable area. 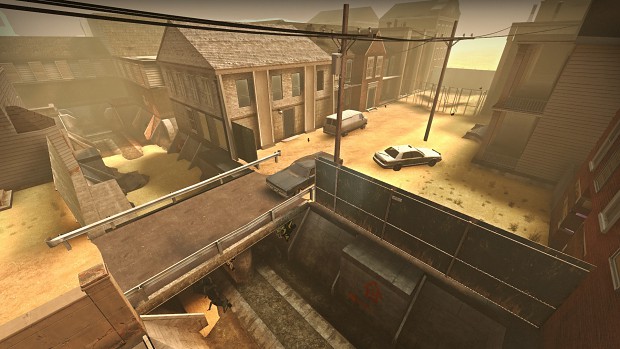 Version 3:
In the current version of the map the cobblestones roads were at last removed as a replacement texture was at last created, I hope that the fine tuning since the initial version helps the level capture a more western feel.

This second area focuses less on the fine tuning of an area, and more upon its development as a whole. 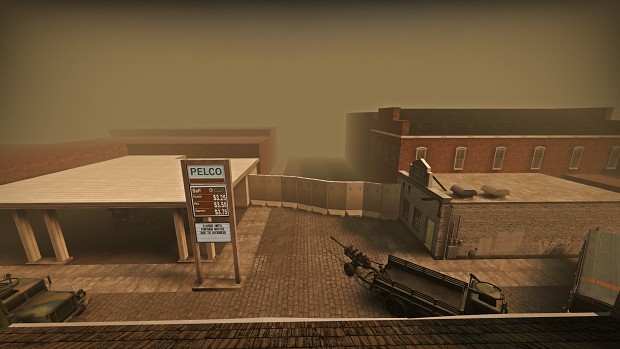 Version 1:
This version shows the extremely basic blocking out of the area (and also a very inconveniently obscuring fog). 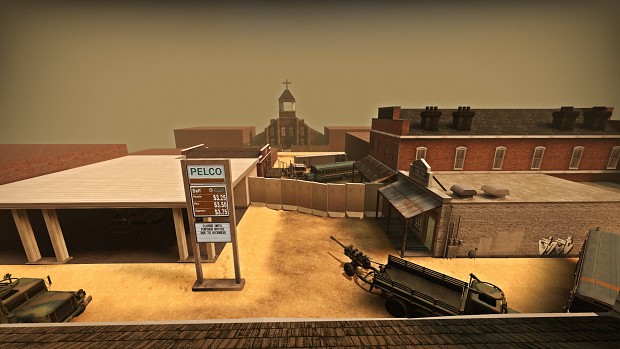 Version 2:
The second screenshot shows the church almost completely finished despite being surrounded by complete blocks, all i have to say to that is that i simply couldn't resist the unique the architecture opportunities of the church, and just had to do it first. 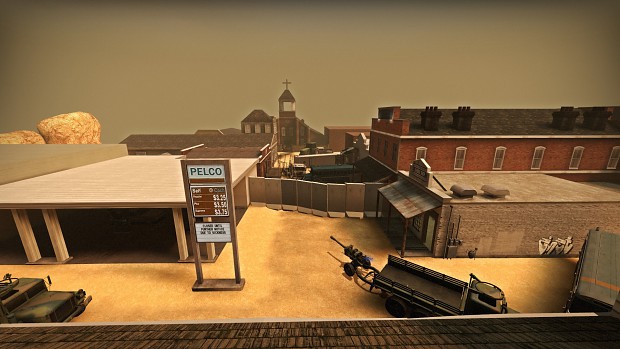 Version 3:
You can now see that most of the structures are complete or at least resemble structures, but the area still lacks finishing touches. 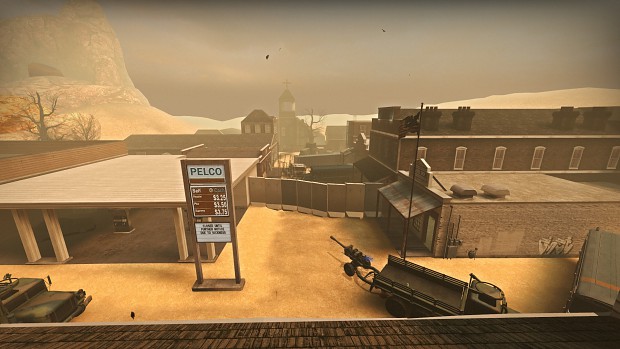 Version 4:
This screenshot shows the area in its current state, subject to change as more custom content is created and inserted into the campaign.

Until release no level in the campaign is ever truly "complete" so if you have any comments or criticisms based on what you see here, or any other screenshot, don't hesitate to speak up. Anything that can improve the campaign is welcome.

Thats all for now, we'll be uploading some of the music thats been recorded for the mod very soon.

Looks pretty good :).
May I suggest to put dirt around the floor of the service station in the 2nd area as if wind has blown dust under it. And maybe even some dirt/dust that has settled on the the vehicles (unless they haven't been there for very long)

Otherwise I really like what I see, I like how you've presented this post showing the progression of the level also.
I'm looking forward to seeing the final result
Keep it up. :)