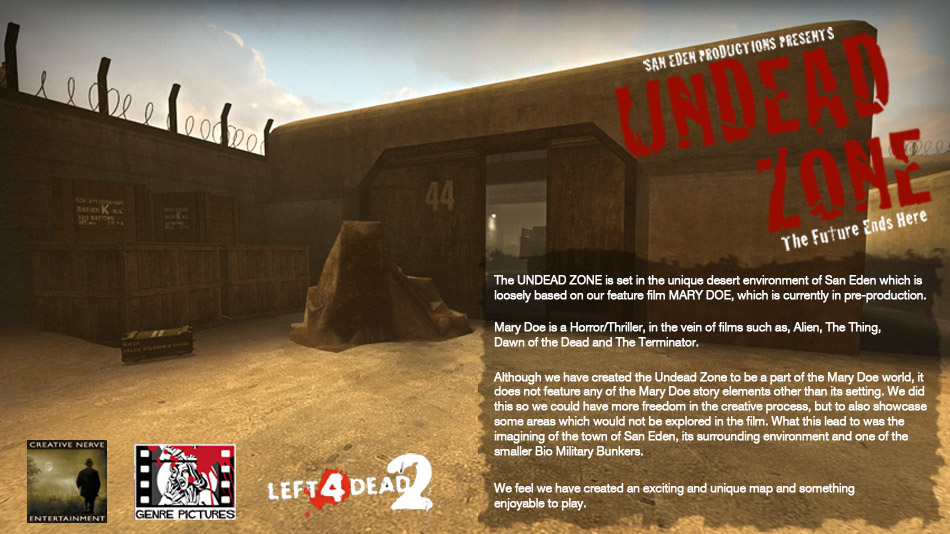 The Beta is nearly ready. We are now finishing off some well needed polishing and then we will release it to the world.

So what have we been doing in the time since our last news post? Well, we decided that we needed to ramp up the project, so we commissioned more voice acting, more models and more music. We have also redesigned many of the areas we decided were lacklustre and boring. We have put a lot of work into all the levels to make them look kick - arse.

We have also tested the game amongst our peers, so that we could make changes where they believed would improve gameplay. This was what was probably the most important use of our time over the past months. Feedback is a valuable tool when taking a project to the high level we wanted and everyone's expectations were high.

So when will we be releasing The Undead Zone you may ask? Well we finally have a concrete date: 1st of October 2012.

It will be available of course on the Moddb site and also on Steam's upcoming L4D2 workshop.

So in the meantime, here are some of our latest screenshots. 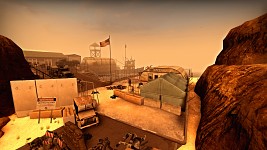 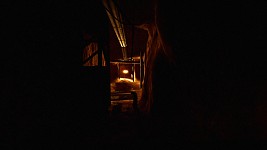 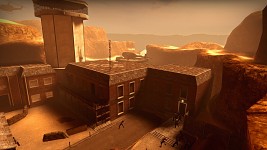 The Undead Zone Is Almost Upon Us

It’s been a long time since we last posted on Moddb, but we have been working hard at improving the levels and the details within the Undead Zone mod...

A look into Tom Savini's role as a voice actor for the Undead Zone.

A quick look into the design and the designer of The Undead Zone soundscape.

A series of screenshots showing how the second level of The Undead Zone campaign, the town, developed.

The first Undead Zone public beta has finally been released.

This is a sample from some of the music and sounds we are using in The Undead Zone.

how can i play this online..??

Looks like it would be an interesting campaign to go through. ( Sorry I have a hard time calling it a mod right now till I see something that is.. well.. modded. )

Either way the maps look interesting, the prospect of Tom Savini doing some voice acting seems both shocking and interesting. Always enjoyed his work.

What I'm absolutely certain will be an awesome addition to a great game. It looks amazing; I can't wait.

Multiplayer
Tags
Embed Buttons
Link to The Undead Zone by selecting a button and using the embed code provided more...