I took a short break from game development and focused attention on promotion for the game. I was getting a little burnt out...

I took a short break from game development and focused attention on promotion for the game. I was getting a little burnt out – I took on a part time gig stocking shelves at the neighborhood convenience store (Murry Mart) Design work began to die down for me about 8 months ago out of nowhere, and as a result I began focusing on the game. In order for me to keep on working on it I figured (although sucking considering I haven't had to work for someone in 10 yrs.) It would afford me the ability to pay my essentials and work on the game full time. Plus it got me out of my desk chair and doing something a bit physical, which feels nice. There are times where I don't want to go in cause I'm used to being able to work on whatever for however long. So that's a drag. That said, sometimes I get home and open the game up and just stare... lol - So I directed attention on promotion.

I have a decent foot print for devlogs and personal postings, but not much in terms of an actual website for Robot 505. I held off on this cause I wasn't sure if the game would warrant having it's own website, plus I wasn't sure in the beginning if anyone would play it. - I have made this mistake prior when prototyping ideas and thinking I'm on to something way too early without any real feedback or direction. Launching a site only to scrap it months later...

I chose to use wordpress for the sites CMS, cause it's wordpress! and I know it really well. I searched around for a theme that was pixel oriented and simple to manage. To my surprise I found LayersWP – which is by far one of the sweetest themes I have ever used. The possibilities of layout and function are limitless. And it's FREE & responsive to boot!

With a little bit of time spent on familiarizing myself with the theme I was able to come up with something that represents the game really well. I still have a few things to add and work on.

I also spent some time on a press kit for the hopeful articles on the game ;)

I need to remake a bunch of current game play animated gifs.

I always forget about holiday weekends and shit like that, so memorial day is no different. I am thankful though, cause I was originally planning to drop an update to the demo this past weekend but – held off to work on other things. So the timing worked out great cause I doubt people are in playing games this weekend. One of the other things aside from promotion I have been working on is a mini boss in the form of a Quantum CPU.. I had sketched a quick idea when designing the second level. 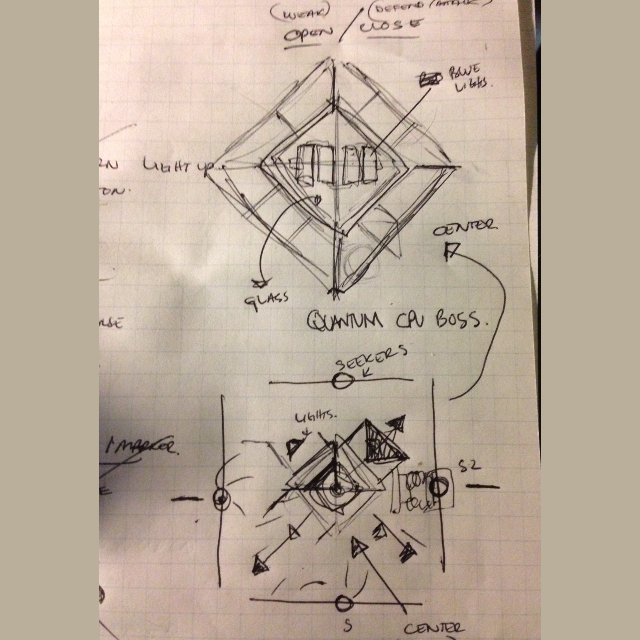 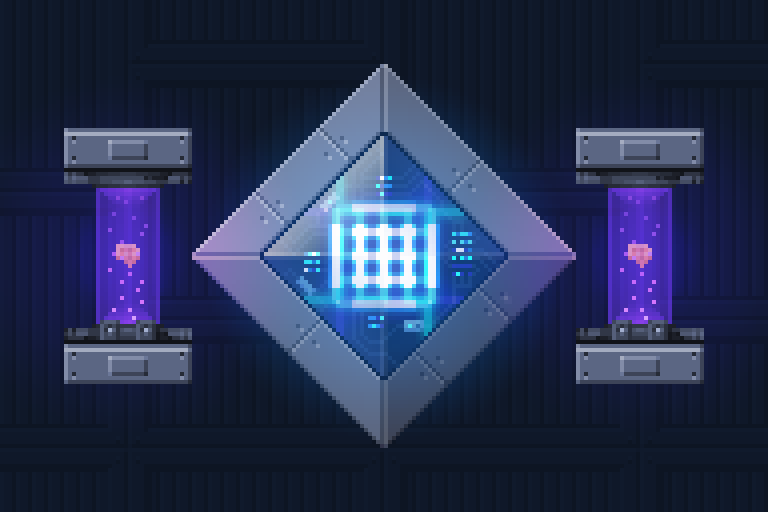 I still have a few things on it to work on along with animating it. Plus I'm not 100% sure on it's function – but I have a couple ideas.

Some things to expect on the next update:

That's about it for the moment – Stay tuned for more on Robot 505. And thanks to those supporting and submitting feedback!

Website looks nice :) Feels like the game, but in web format :P And the dev was right, it took me some time to learn about the elevator, and it takes too long to go down. You might be able to keep the elevator in, but remove the fall damage in that one shaft.

Yeah, agreed. I like the idea of removing fall dmg on first shaft too. I'll have to toy around with this.

I'm most likely going to keep the elevator as is (and perhaps remove fall dmg) and move the starting position after it.

Saw the quantum CPU on your tumblr and must say it looks gorgeous! Keep up good work!

Thanks dude! Hopefully it's as gorgeous in game ;)