Although the Christmas demo already featured majority of the USCM weaponry, there is still more content to be added before we can release a proper full version of Acheron.

Let's take a closer look to all the fancy new content that we'd love the bring in the version 1.0!

There are still some missing pieces in the loadout of each of the four USCM classes. Probably the most obvious one is the texture of the M42A Scope Rifle. The Support's primary weapon, the M56 Smartgun, should have an original model replacing the placeholder one featured in the demo. Some items like the sentry gun, Recon's sonar, Assault's pulse meter and Medic's SIMRAD should all be replaced by their respective USCM counterparts (i.e.: UA571-C robot sentry, motion sensor, motion tracker and binoculars). Other replacements include:

The APC should finally get the interior finished and included! 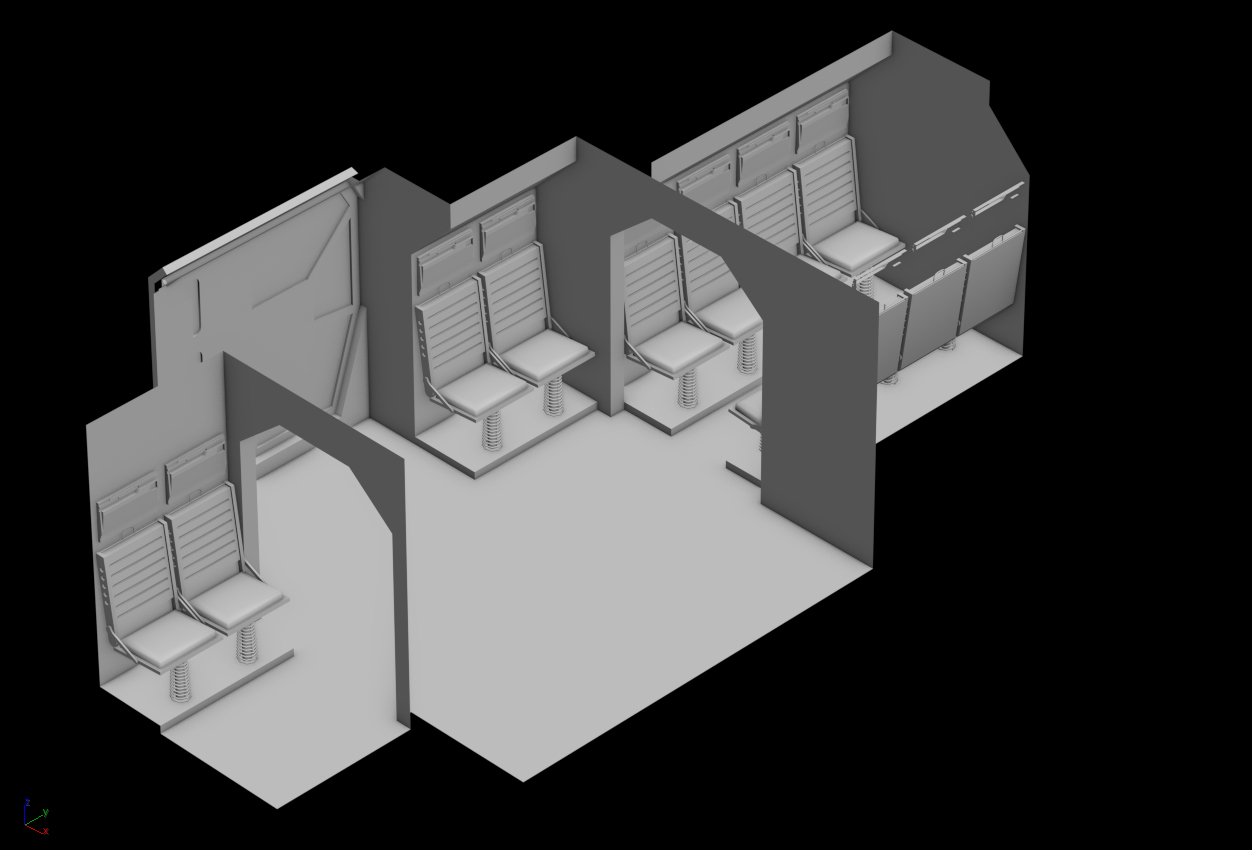 An anti-aircraft version of the M577. Getting rid of the original turrets and adding a new, unique one should be the easiest way to make a new vehicle, so chances are this one will appear at the marines' disposal in the next release. 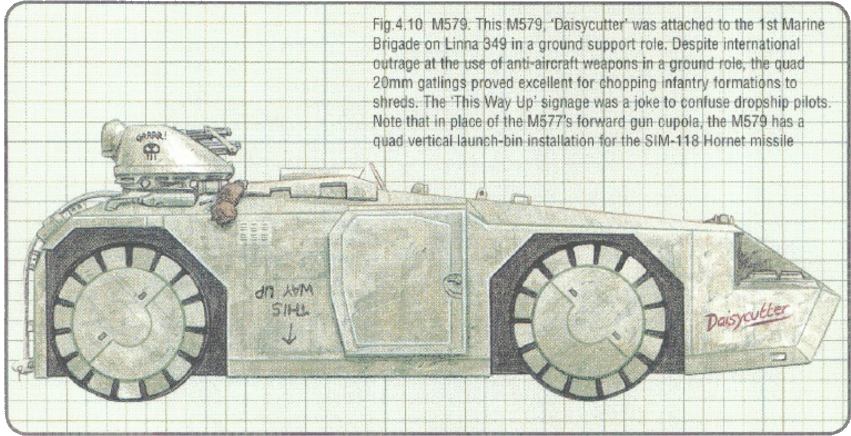 If you gave the demo a shot and wondered why the Smartgun couldn't lock onto the USCM recons, it's because of the ghillie suit. The heat sink attached to it makes it invisible to the M56's infrared sensors. Although not yet in the mod, we figured it would be nice to taste this kind of stealthiness right away!

Also, notice the folded SADAR on the back of the soldier carrying the Incinerator Unit. A clear inspiration for the USCM Medic in Acheron. 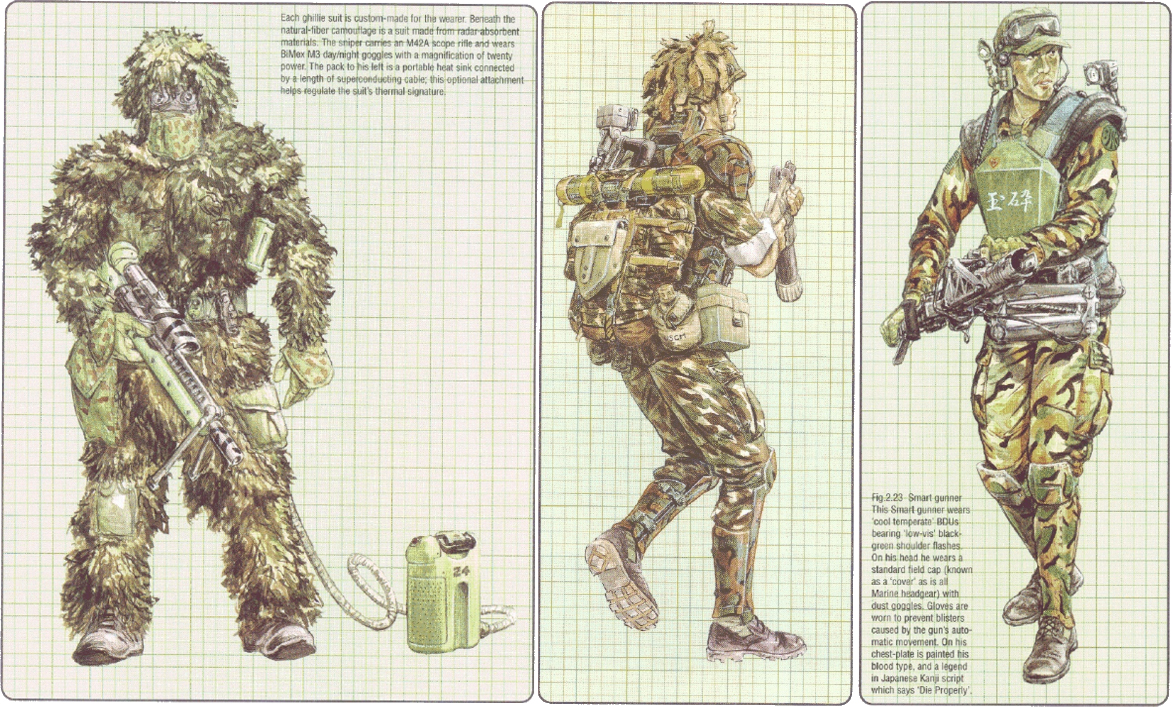 The images in this section come from the Aliens: Colonial Marines Technical Manual. Be sure to check it out if you're interested because it's a great read and there's a LOT more than these!

The plan is that the Weyland-Yutani forces shall be composed of the human mercenaries as well as the xenomorph soldiers that the company's Bio-Weapons Division managed to get under control (or tame them if that's how you prefer to call it). Although the WY also equips their mercs with the deadly Smartgun, we'd like the faction to come with an assault rifle of a unique design, countering the legendary Pulse Rifle of the USCM.
We'd love to see the mercenaries using an APC of their own too, just like the marines use their M577 and the aliens have their Queen.

This amazing artwork that inspired us to take such an uncoventional take on the corporation's forces was made by Marek Ohon. Despite what many sources claim, it wasn't the official artwork to Neill Blomkamp's Alien 5 but rather a fanart that the author's made in hopes that Neill would notice.

Now it's quite obvious that the xenomorph team needs to have the soldier model that appeared in the demo fixed. Specifically the wierdly messed up textures. Once fixed, the faction should have their light soldier (based off of the alien seen in the 1979 movie) with a smooth jelly-like dome on its head as well as a heavy soldier (inspired by the aliens from the second movie) with a hardened bone-like, spiky, dome.

What's more, we'd like to give the Drone class an ability to slowly spawn eggs around the map, referencing its egg-morphing capabilites from the director's cut of the first movie. We're still not quite sure how such an egg would work but the idea is for it to work similarly to the motion mines in the vanilla game, except these would be facehuggers and instead of being attracted to vehicles, their targets would be soldiers.

Probably the boldest of the ideas is her majesty, the Queen herself. We think it could be possible (although quite probably goofy-looking) to make "a queen walker", just like our beloved Bogatyr and Riesig, except it's the Alien Queen! The classic jaw (and probably claw) attack could be accompanied by the same egg-laying ability that the drones would have.

As you can see, there's a lot to be done before we can really talk about a proper Aliens mod. And even though many of the aforementioned ideas might turn out to be impossible to realise, they're definitely worth a try, as pulling them off successfully would be more than rewarding.

We're truly grateful to those of you who managed to stay with us till the end of the decade and hope you enjoyed the little Christmas demo.

Acheron Development Team wishes you a wonderful, happy new year! Be sure to face the new decade with short, controlled bursts.

I remember you showing the other canon artwork like the M579 APC AA version of the APC in our group messages. Great to see it finally going to be added to the game! Exciting times ahead indeed!

Yeheah, I'm also really excited that we'll finally get to see if we can manage to bring all of those to life in the mod. It's gonna be a challenge but I'm much less worried after we've got the demo out. :))

make a game of this comic book
Aliens vs Predator vs The Terminator
Darkhorse.com

Good ambitions is something what makes good things! Keep it up matey