Version 4.1.1 offers a complete overhaul of the horses found in the mod, in both the type and quality of assets, as well as the armor and barding that don these majestic creatures as they ride off to war.

While I previously said that version 4.0 was going to be where development for this mod ceased, I keep finding both new content to add and existing content to either update or fix. In this latest update for Rise of Three Kingdoms, I have finally taken on the task of overhauling the steeds and horse barding found in the mod.

Up until now there were only a few variations of horses and pretty much every cavalry unit in the mod had them. In addition to that, there was really only one type of barding - a complete body type - and it was spread amongst all of the factions that had access to it. Needless to say, horses and their associate panoply were in sore need of an update. Honestly, it was something I had planned to do about a year ago, but it got lost in all the other projects I have undertaken for this mod since then. But, here we are, so I'll get this going by displaying a few screenshots of the work that can be found in the latest update.

First, we will take a look at Cao Cao's famed Tiger and Leopard Cavalry. This elite and unique cavalry unit now rides atop steeds covered in steel lamellar-plated barding and a sturdy head covering, making them a truly fearsome force on the battlefield. 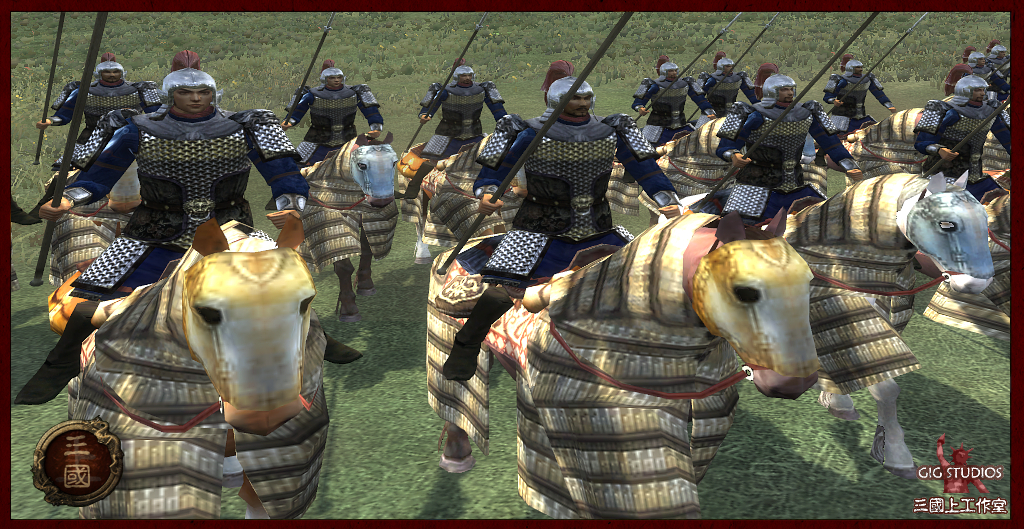 Next on the list, and another example of full body barding, is the Imperial Han's Northern Army Tiger Cavalry. Similar to the above example, these horses instead wear fish scale barding - made up of hundreds of small metal scales sewn together and layered from bottom to top. Along with that, bear pelts adorn the steeds, displaying to all the martial prowess of both the rider and horse. 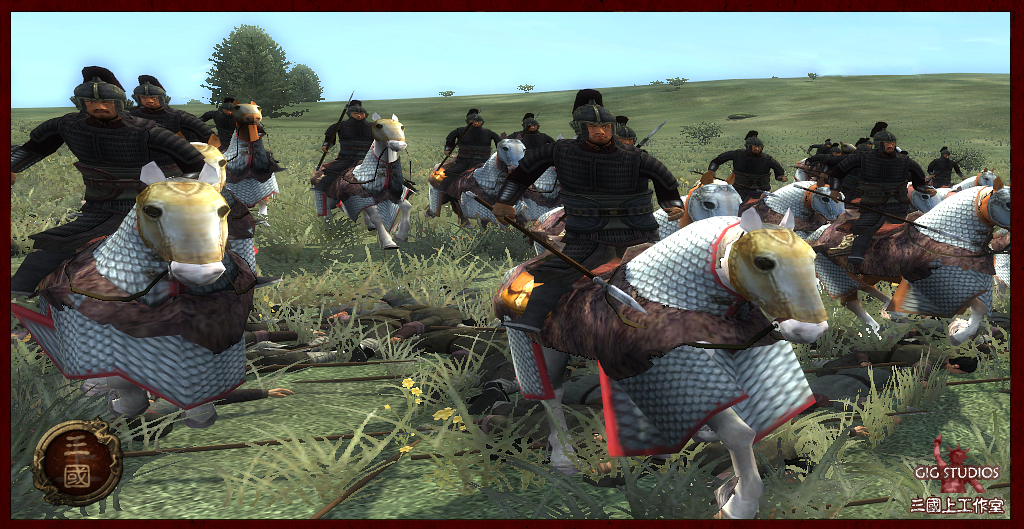 The next example is what you will find as the typical horse armor found among a general's buqu, or personal retainers/bodyguards. This type of war horse armor is what I classify as "3/4 Barding", in that all areas of the horse are covered except for the neck. While generals and their personal retinue would often engage in the thick of combat, their main roles were to move about the battlefield (observing, issuing orders, etc.) between units and also serve as a strategic reserve - essentially used to quickly plug or exploit critical gaps in the line until those gaps could be properly reinforced. As such, the armor of a horse carrying on such a crucial role needed to be not only well-armored, but also highly mobile and not too physically taxing on the animal. 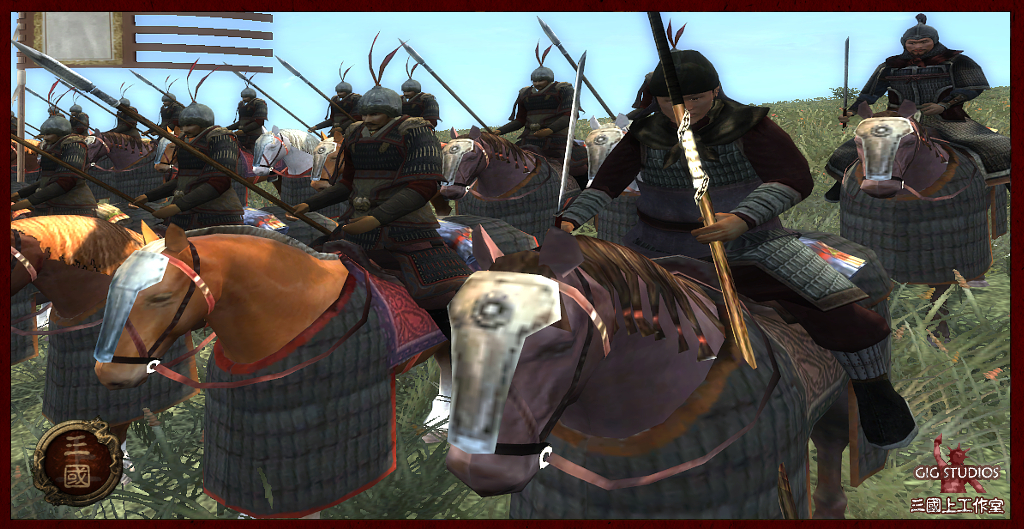 Next up is the renowned Bingzhou Cavalry - made famous by Lü Bu during his exploits against the Black Mountain Bandits. Unlike the prior examples, this cavalry unit makes use of leather, as opposed to metal, lamellar plating. They can be found in two variations: full-body and half-body. The idea of this comes from a region that was relatively hard pressed for quality steel, yet rich in game and agriculture, and so leather would make a suitable substitute to armor an elite and quick-striking cavalry unit. 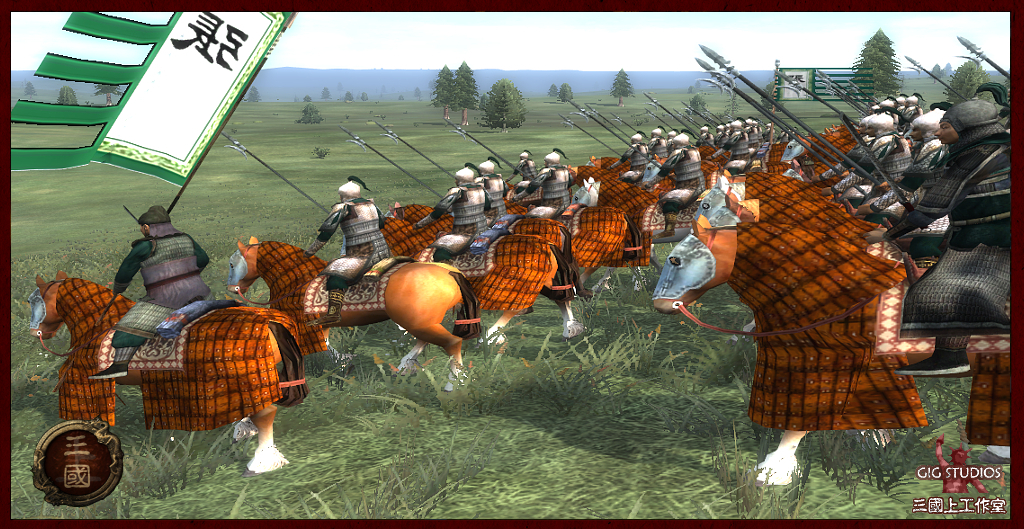 Moving away from the full-body, super-heavy cavalry types, we now find purely half-bardings on the mounts of elite horse archers. This type of armor covered the most vital areas (heart, lungs), thus offering fairly good protection, but more so sacrificed non-essential armor for speed, mobility and stamina. Heavy horse archers, some types of shock cavalry, and steeds of affluent gentry would normally be found with this type of covering. 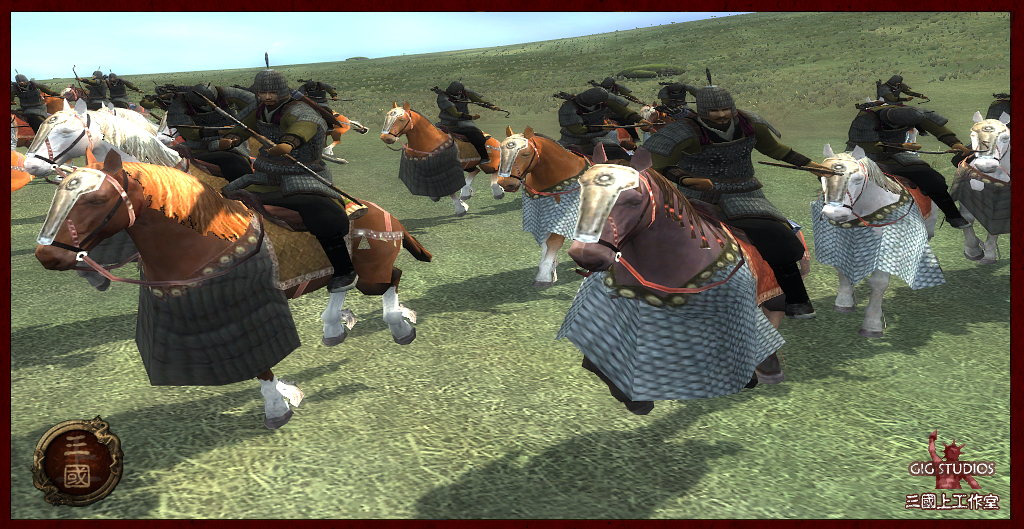 Last, but not least, I have for you a snapshot of your typical non-armored horse variations. While this is by no means all of the variations to be found in the new update, you can see several different breeds of horses with varying styles of manes, harnesses and saddles. Most notable, I believe, is the upscale in quality of these horses from the previous versions of this mod. 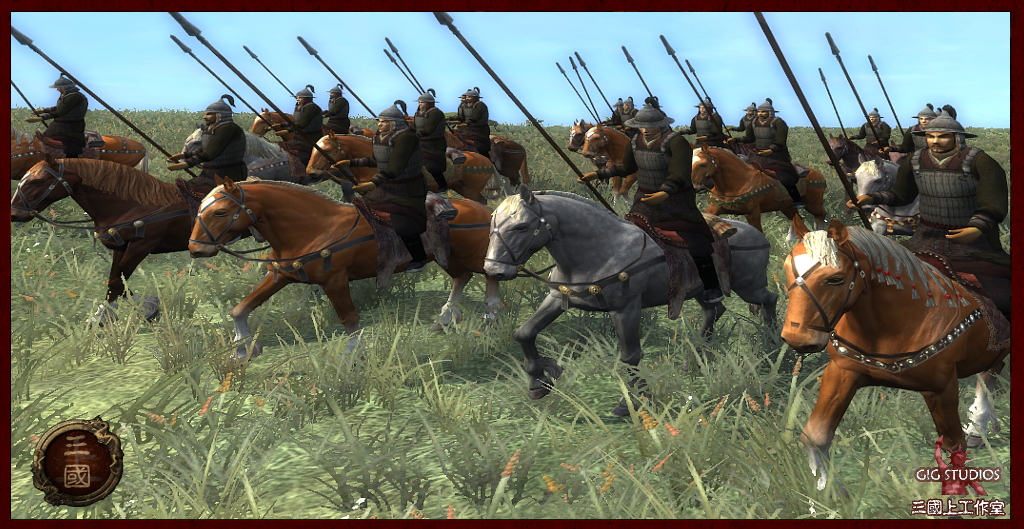 While this was sort of a lengthy update, this is far from everything; there are many more horses and bardings to be found in the update, such as Lü Bu's famed Dayuan-breed Chituma (Red Hare), updated horses for Gongsun Zan's White Riders, and dark-steel lamellar for Ma Chao's infamous Xiliang Cavalry.

The version 4.1.1 (Warhorse) Update can be downloaded here and has instructions on how to properly install the patch - note: the patch is NOT save-game compatible and does NOT require the prior version 4.1 Update.