A consolidation of all previous Rise of Three Kingdoms v4.0 patches, as well as some new content and fixes to finalize development of the mod.

While active development of the mod officially ceased with the release of version 4.0.000 on 21 July 2019, there were a few minor issues that were discovered since that time (as with any major total overhaul modification), prompting the release of several small patches. Today the team has released Patch #4 for the Rise of Three Kingdoms mod, finalizing the known issues and consolidating all fixes into a universal patch. In addition to this, we also made a few adjustments and additions to the mod.

The first major change was altering the recruitment times of high-tier, late-game and cavalry units. This was mostly done to further combat A.I. stack spam in the late game, but it also made sense when you consider the logistics, resources and training needed to compose such units. Peasant, militia and light infantry-based units will still remain at 1 turn recruitment, however heavy infantry has increased to 2 turns and armored/elite units have increased to 3 turns. Cavalry will see uniform extensions to recruitment time, with light cavalry now taking 2 turns, heavy cavalry taking 3 turns, and armored/elite cavalry now requiring 4 turns.

The second major adjustment to the mod involves Gan Ning and is two-fold. First, he was removed from the Sun clan at game start and is now a part of the Jingzhou (Liu Biao) faction. The reason for this is historical, as Gan Ning was (after renouncing his pirate ways) originally a commander under Huang Zhu, who was a vassal of Liu Biao. 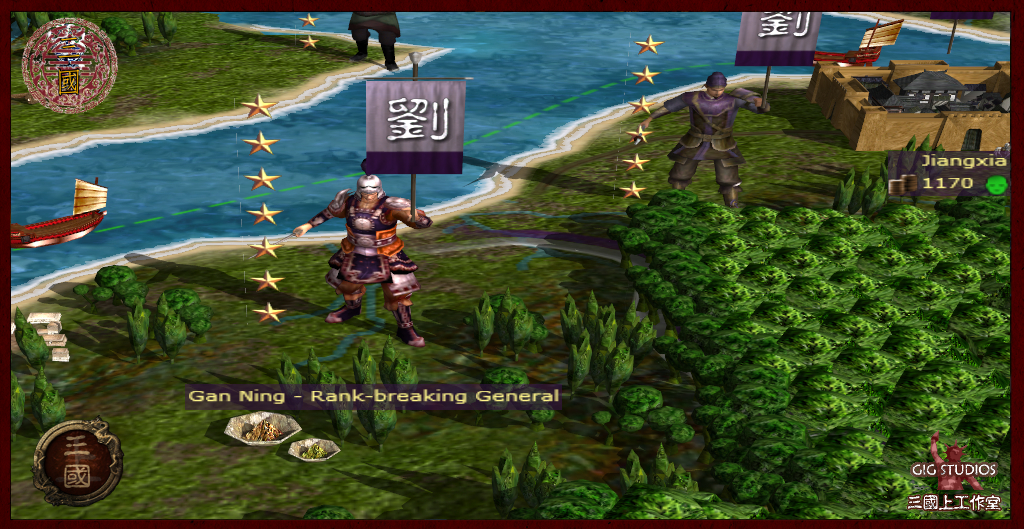 After years of being mistrusted and misused by Huang Zhu, he was convinced by his friend Su Fei to seek reassignment in the east and defect to the Sun Clan. Although he does not start with the Sun clan, that faction can still gain his services through a scripted event. If the Sun clan (either player or A.I. controlled) captures the city of Jiangxia, an event will fire in which Gan Ning defects from Jingzhou and joins the Sun clan. 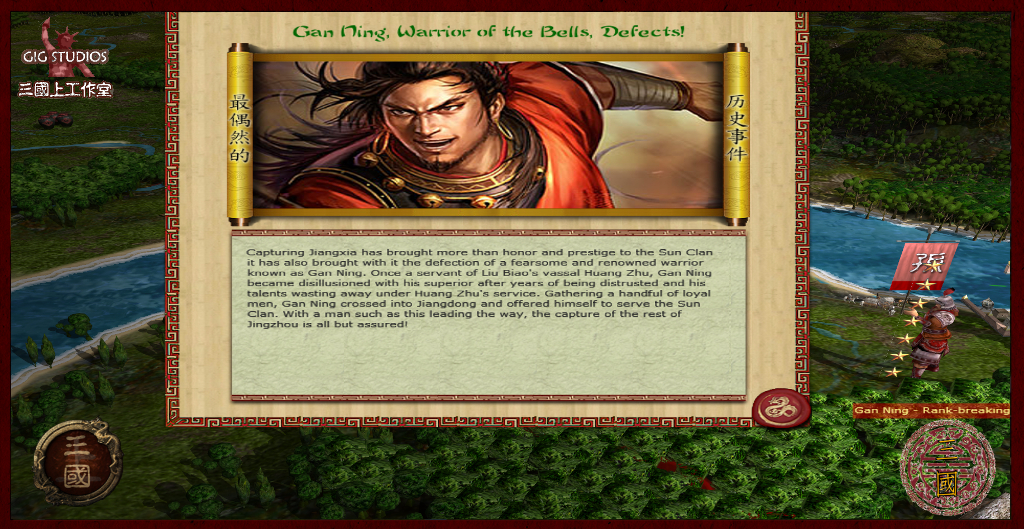 In addition to those, some minor fixes include adding Meng Da to the Liu clan's 'Shu Defectors' event, fixing Wu Lan's missing late-game titles, and fixing/updating some meshes and textures. The full changelog for Patch #4 can be seen below:

Patch #4 can be downloaded here and has instructions on how to properly install the patch - note: the patch is NOT save-game compatible. Happy gaming!