In today's update, we'd like to show you the new versions of the Kashtan CIWS and the Tremor AGAS, complete with sharper textures and more detail.

In today's update, we'd like to show you the new versions of the Kashtan CIWS and the Tremor AGAS, complete with sharper textures and more detail. 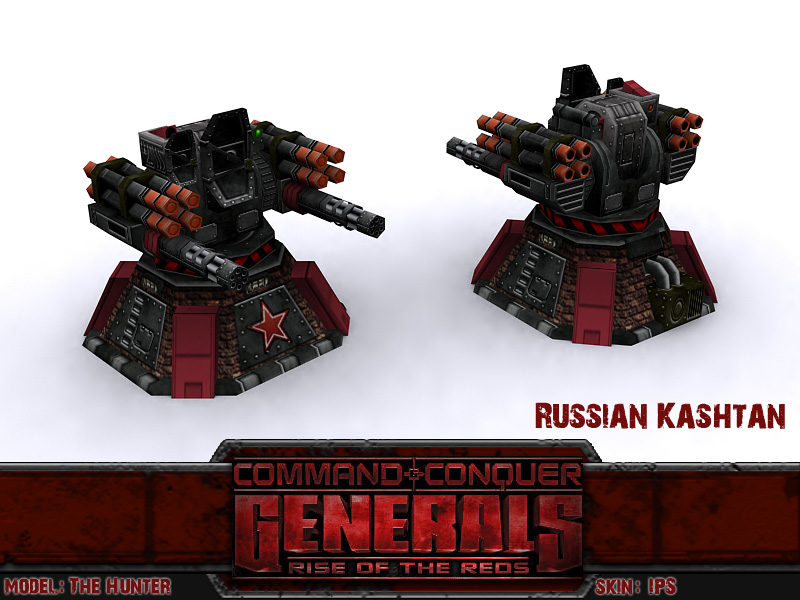 Originally developed to protect the vessels of the Russian Navy from missile and aircraft attacks, the Kashtan close-in weapon system has been refitted for use as a stationary emplacement in support of Russian ground operations and perimeter defences. Its primary anti-aircraft weapon is a set of eight missiles, supported by a dual 30mm rotary cannon that rips through infantry, light vehicles and aircraft hulls at an astonishing rate of 10.000 rounds per minute - An economical combination that grants the 'Chestnut' an amazing defensive potential. 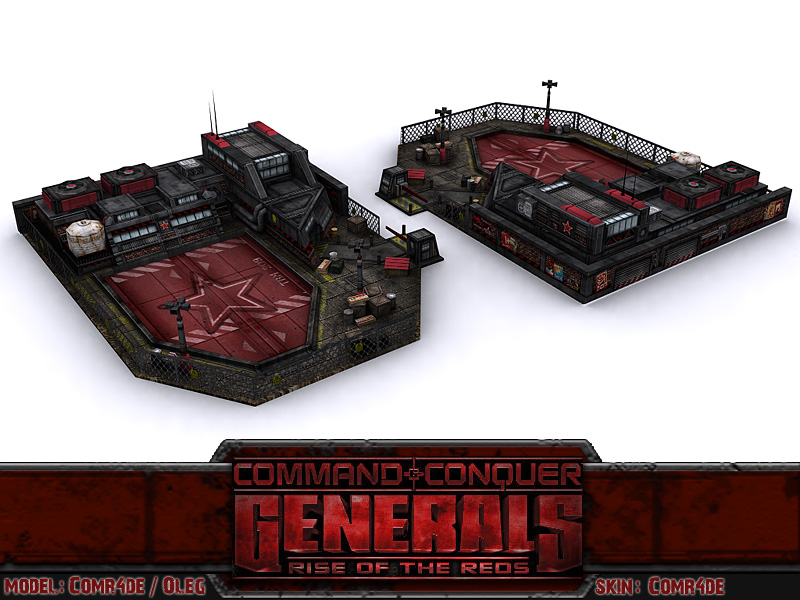 In the year 2040, a recon patrol of the North Sudanese Army discovered a hidden Russian outpost in the vast badlands around Kurmuk, near the disputed border of South Sudan. This incident immediately sparked the attention of the Chinese, who had a strong military and economic presence in North Sudan. A spy plane of the PLA Air Force was ordered to take high-resolution photos of the compound. Most alarmingly, one of the structures was identified as a ballistic missile silo. When the Chinese government broke the news of this disturbing discovery to the media, President Suvorov maintained that the area in question would actually belong to the Russian protectorate of South Sudan and that the facility was merely there to support the rightful territorial claim of the local government. The so-called Sudanese Missile Crisis quickly escalated out of control, prompting the US government to support China in an attempt to appease the hawkish opposition which called for a harder line against the resurgent Russian Federation. This led to the creation of the Pacific Peace Alliance, a joint Sino-American effort to subvert Russia's growing influence in Africa. At first, Beijing and Washington made demands for an entire catalogue of economic sanctions against Russia and its allies which was predictably vetoed by the Federation itself. When it turned out that a political solution to the crisis would not be possible any time soon, the two uneasy partners decided to pursue a more drastic approach: As part of the infamous Operation Double Tap, a combined force of Chinese and American forces would sweep in and secure the facility by force.

However, the assault ended in a complete disaster when it turned out that the alleged missile silo actually housed an enormous, four-barrelled artillery cannon which blunted one Chinese assault wave after the other, leaving the smaller American strike teams to be surrounded and overwhelmed by the dug-in Russian defenders. After the shameful defeat at Kurmuk, the short-lived PPA broke up in a series of messy disputes and the Russian commander who coordinated the defence of the base, one General Nikita Ivanovich Aleksandr, returned to Moscow as a military hero alongside his First Shock Division. The battle had served as a field test for his latest weapon, the Tremor Advanced Grand Artillery System, an awe-inspiring contraption of four 300mm howitzers arranged in a rotating mechanism. The effective range of this new weapon was believed to rival that of even the most advanced short range ballistic missiles and the loading mechanism could feed shells into the system at such a rapid rate that an entire city block could be levelled within seconds. During the first years of the Russo-European War, the Tremor cannons saw extensive use as a politically sensitive alternative to tactical nuclear weapons, even though the system would have been perfectly capable of delivering weapons of mass destruction as well.

i love these stories, they keep you comming back for the next installation, and goes to show that just because a game has pretty grafics, with a bad *** story line to get the gammer hyped , its garbage. keep up the amazing work guys and most definately keep up the stories!

Ooooh. I hope that next up will be the Frogfoot and the Hind.

I absolutely adore the fact that a lot of the units in this game(and some structures) are designed directly from active duty/prototype vehicles,weapons, and aircraft in real life

I will always love this mod. no matter what

Lieutenant "Command, come in! We are pinned down and need fire support"

Lieutenant "Thanks command! That wiped out every thing in a square kilometer!"

So version 2.0 will be out when it's done?
(sorry for my bad english