After the presentation of our overhauled Buratino and Msta, it is time to present you two other iconic units of the Russian Federation that have been given a new appearance, complete with a more detailed model and sharper textures. Second portion of the on going overhaul series for the Russian faction for 1.82.

After the presentation of our overhauled Buratino and Msta, it is time to present you two other iconic units of the Russian Federation that have been given a new appearance, complete with a more detailed model and sharper textures. 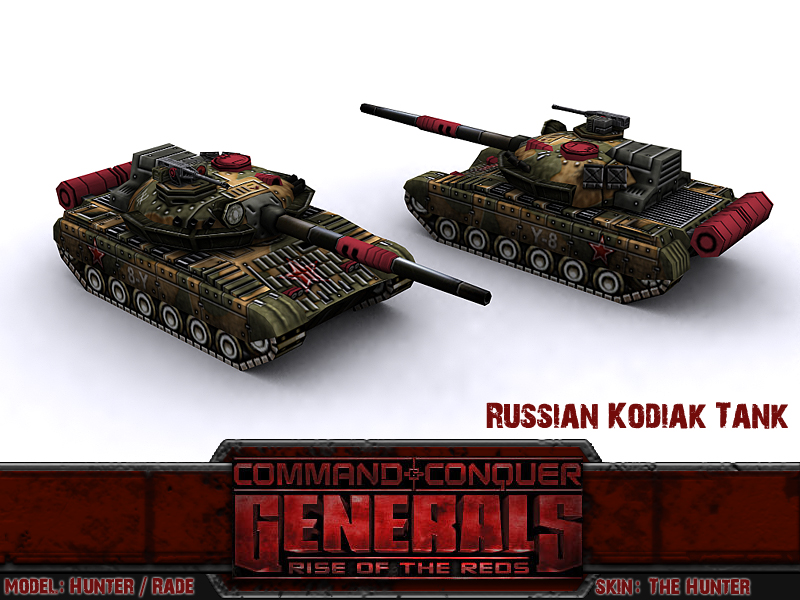 The famous Russian Kodiak tank of today has only little left in common with the late Cold War era models it was originally based on. The stagnation of the Russian economy in the first two decades of the 21st century turned the implementation of the much touted Armata programme into a difficult endeavour, which is why President Suvorov decided to scale down the project and re-adapt some of its state-of-the-art technologies into the vast fleet of existing vehicles to save costs, for he preferred to improve the nation's crumbling infrastructure, industry, education and healthcare system during the early years of his reign. The result was the Kodiak tank, which sported an entirely new 125mm smoothbore cannon with advanced optics and stabilisation, a 1.300 HP gas turbine and a turret section that was controlled entirely from within the chassis. During the booming years of the Russian economy prior to the African debacle of 2041, the new Kodiak managed to be more economical while almost as capable as the tank that was originally meant to replace its predecessor, even though it was by now apparent that the old 80s era baseline no longer offered any room for improvement. General Aleksandr of the Advanced Weapons Research & Development Corps was therefore tasked to develop a new main battle tank for future mass production. 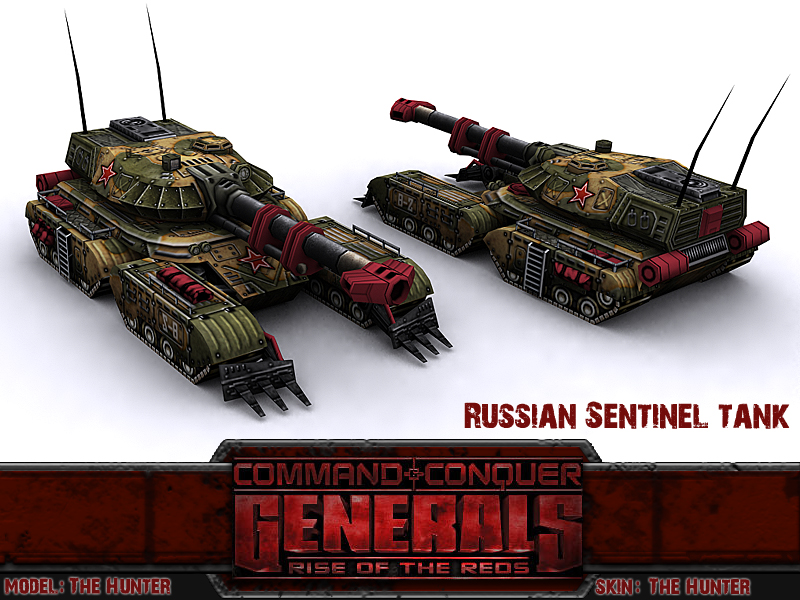 First shown to the public during the May 9 victory parade of 2026 amidst growing opposition against the incumbent President, the now famous Sentinel started out as the ugly duckling of the Russian Army which regarded the new tank as an overpriced, overengineered outgrowth of the Armata programme, armed with a dual 160mm cannon to rival the Chinese ZTZ200 Overlord on the export market. Due to its perceived incompatibility with the established Russian armour doctrine, the new tank was derisively designated as the HT-28, with the Cyrillic acronym HT standing for 'novyy tank' or 'novelty tank'. After the downfall of the corrupt regime in 2028, the Sentinel was redesigned from scratch but retained its original designation as a symbol of transition between the old and the new Russia. The HT-28M1 was equipped with a sturdy, heavily motorised chassis and its signature 220mm cannon, which turned the vehicle into a distinct mix between a tank destroyer and an assault gun. The M1 model was well received during its service in the Caucasus, Eastern Europe and Africa and became the baseline for all future modifications: The improved M2 variant which entered service just prior to the outbreak of the Russo-European War and the most recent M3 variant, which is the final production model of a unique prototype version that was field tested by the famous 'Black Bears' - the single most successful tank crew of the entire war - whose legacy lives on with this proud war machine. Most noticeably, the HT-28M3 sports a pair of bulldozer blades, an improved cannon and a more streamlined appearance. During the ECA's return to Russian-occupied Belgium in December 2048, the new Sentinel distinguished itself in the climactic battle of Liege, where an outnumbered contingent of Russians defended a vital salient against a combined force of the 1st Panzerdivision, the Royal Dragoon Guards and the 7e Brigade Blindée for eight days in a massive mechanised confrontation that was later dubbed 'the Belgian Prokhorovka'. Ever since then, the HT-28M3 forced the European and American troops to pay dearly for every step of their way towards Berlin, where General Aleksandr was preparing his troops for the mother of all battles.

Blame the people who designed the real thing :P

Wow, that is a stunning style shift

When something like that is shown is because its improved! I like it! or should i say, AWESOME!

how Multiplayer games?Where to write your serial is already use..who can help me

The Kodiak TANK MODEL IS EXCELLENT. I wonder if there would be model variants.