General, I think we all know what we our armed foreces needs more of and that's Hummers! Yes, the workhorse of the American military for half a century. We've duck-tapped a grand variety of missiles and gizmos to the backs of these babies and they just kept on hummin'. Well, without out further adieu, we introduce some new hummers. 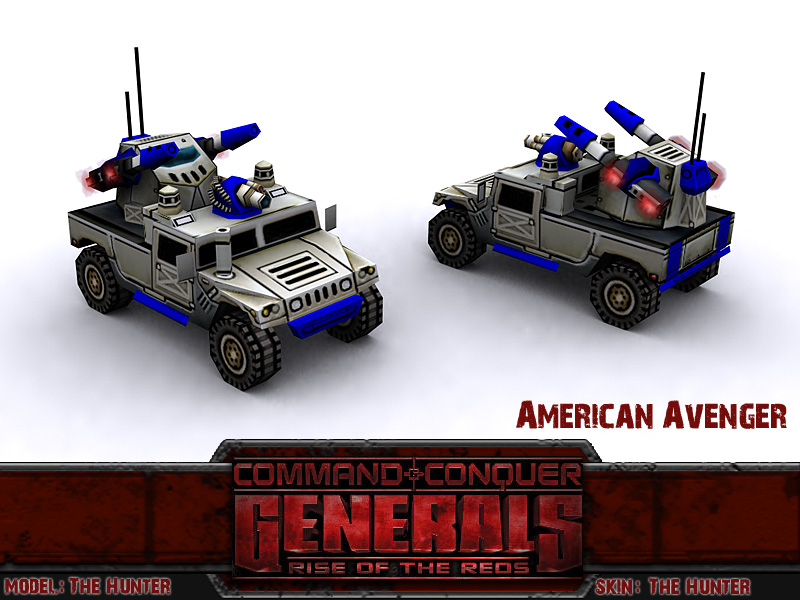 First fielded in the early 1990s, the M1097 Avenger was conceived as a light-weight, short-range anti-air system based on a modified Humvee. However, the missiles that acted as the vehicle's primary armament for almost three decades started to show their age in the later stages of the Global War on Terror, often proving wholly inadequate when it came to defeating the infamous Scud-missiles launched by the GLA. It was at this time when General Gregory 'Pinpoint' Townes, the head of the Army's R&D branch for laser technologies, came up with a quick and efficient solution in the form of the 'Avenger-L', which replaced the aging missile system with a powerful high-energy laser, supported by a rangefinder and protected by a miniature version of the same point-defence lasers that were successfully introduced by the M1A4 Paladin tank. The new platform proved itself to be effective in combat and what was initially meant to be an interim solution until the full-scale deployment of dedicated tactical lasers quickly became a mainstay weapon system of the US military which received further performance upgrades as the years went by. 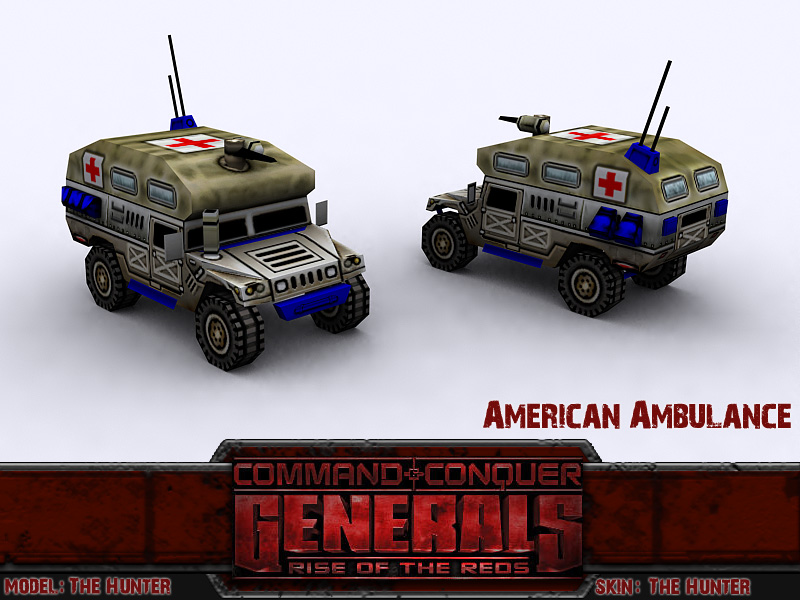 In 1945, the US military manufactured nearly 500.000 Purple Heart medals in anticipation of the casualties that were projected to occur during Operation Downfall, the planned invasion of the Japanese home islands. Thankfully, the war ended before the plan would have been put into action. Throughout the following decades, every major conflict that saw the involvement of American troops slowly chipped away at this enormous stockpile, which was eventually reduced to a few thousands by the time the GLA unleashed its most despicable attacks during the Global War on Terror. As a result, the United States found themselves faced with the challenge of re-integrating thousands of wounded veterans who had sustained permanent, life-changing injuries from chemical agents and IEDs into civilian life after the conflict ended in 2028. In order to ensure a greater level of survivability for American troops in any future engagement, the common field Ambulance was provided with advanced technical equipment and additional personnel, allowing the vehicles to deploy and provide immediate medical care to all surrounding soldiers. 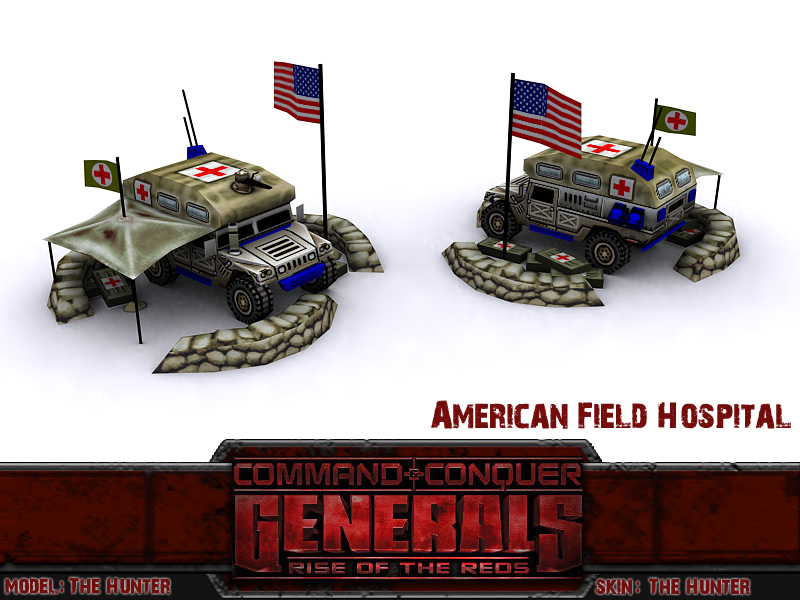 Rather than healing infantry units 'on the go' as the original version, the new Ambulance first has to deploy in order to become operational. Once deployed, the stationary first-aid tent provides a large, visible healing radius around itself. The healing effect is very powerful, greatly increasing the survivability of surrounding infantry units and thus allowing them to continue fighting against otherwise desperate odds. In addition, infantry units can be sent directly into the deployed Ambulance in order to receive immediate care that fully restores their health, just like a Barracks. Beyond that, the Ambulance retains its anti-toxin ability and drone upgrades but is no longer able to transport any infantry units by itself. 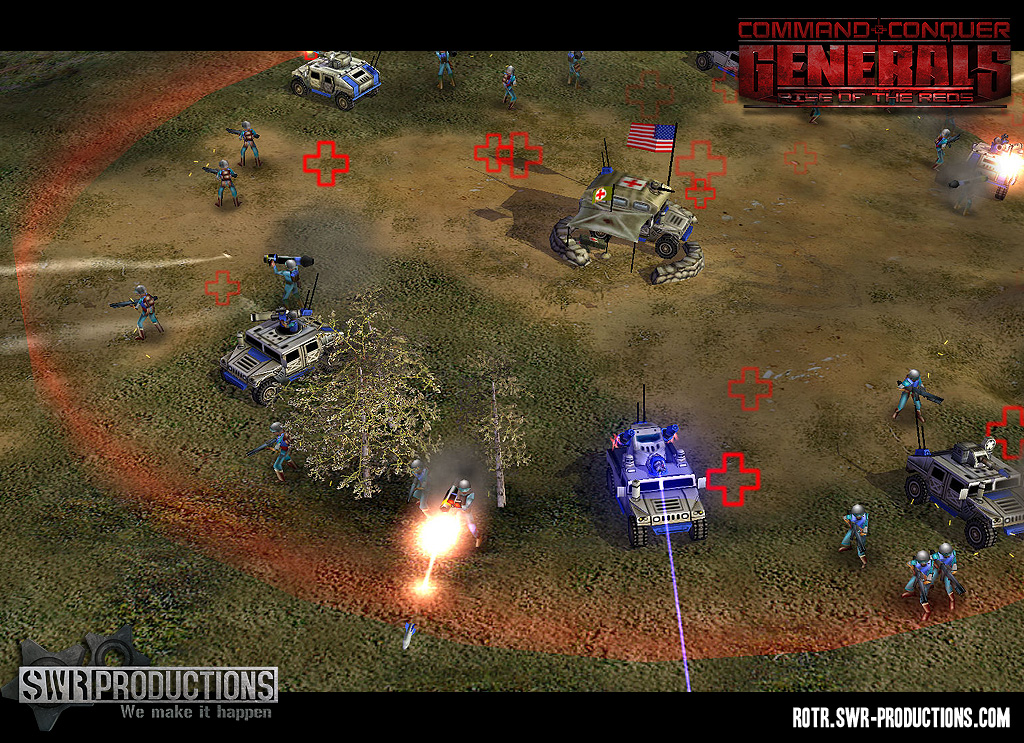 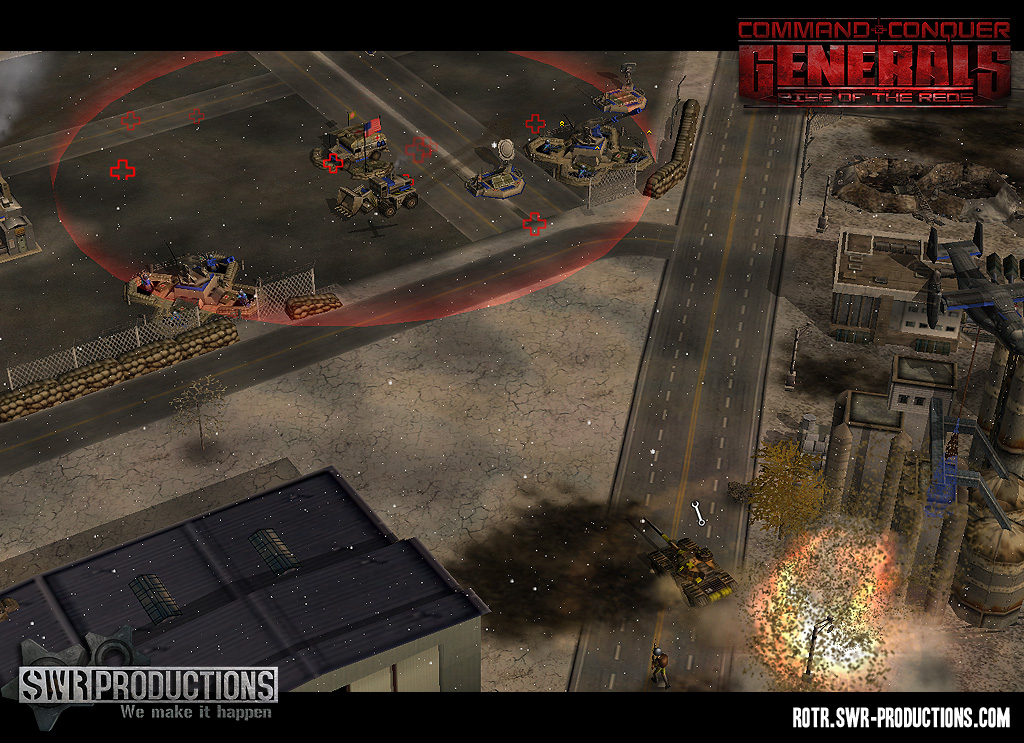 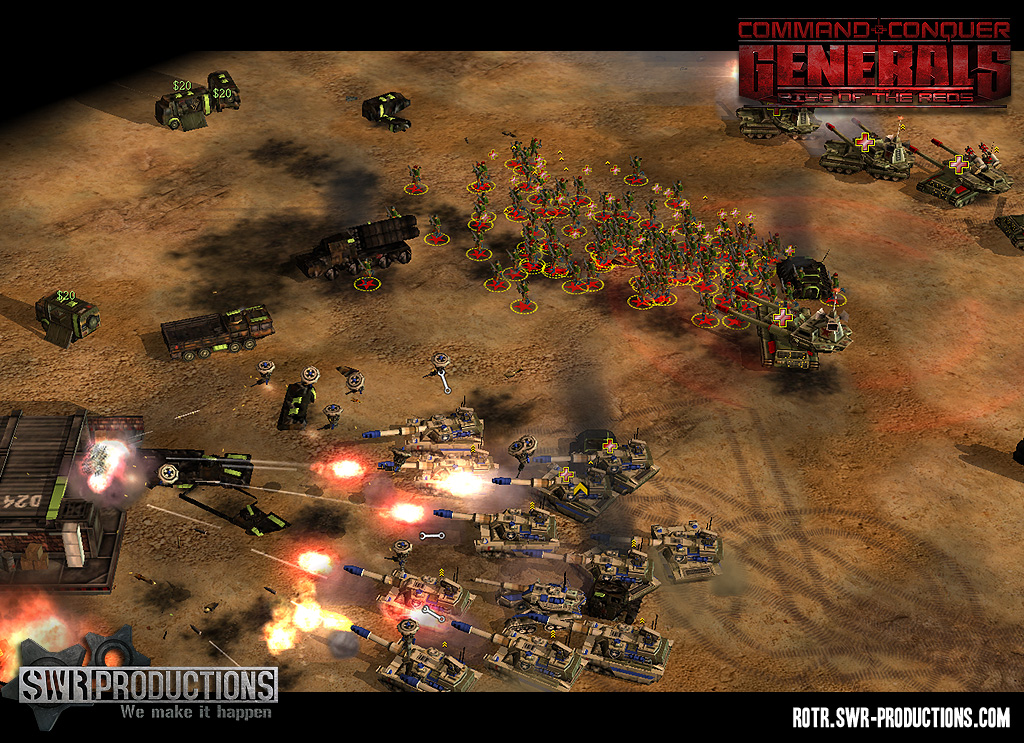 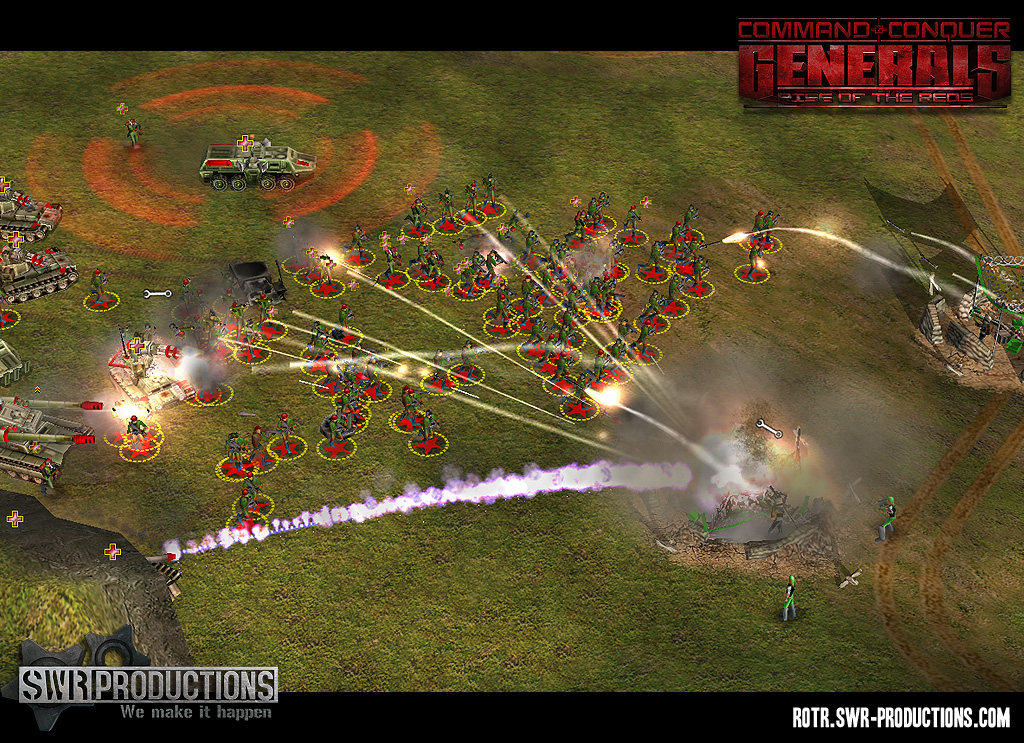 Finally, allow us to conclude this Humvee-themed update with an exclusive glimpse at another amazing, tacticool vehicle.

And that concludes this update, tune in next week(-ish) for another exciting update!

You guys better put that ice cream truck in game...

uh, last screenshot there is not a link to the larger image?

I eagerly anticipate seeing how the Ice Cream Hummer will be incorporated...

The Ice-cream Humvee increases the morale of friendly units within a certain radius, which gives them more firepower and armour! :D

An unfortunate side effect is your troops becoming overweight, causing them to move slower. :(

But who cares? You've got ice-cream! :D

That unit description was surprisingly realistic!
Bravo to you sir!

The Ice Cream vee lures your enemies into your trap with the its fine coolness in the hot desert sun. It also has a special ability called the "yumyum bribe" that converts enemy soldiers to your side

ha no one cares about the other cool hummers, only the ice cream hummer.
one question, will it play music? =P

it turns into chuck norris and kicks ***!

a transformer hummer would be pretty cool lol

There aren't alot of things I believe in, but I do believe in duct tape. USA! USA! USA!