President Jean-Philippe Marmont stared blankly at the strategic map of Europe, watching his country disappear bit-by-bit under the dark crimson overlay that marked the Russian-controlled territories. Paris, Le Mans, Lyon, Marseille; all of them had long fallen under the blood-red shadow that enchroached relentlessly upon the last fighting ECA remnants in the south near the Garonne river...

Off the Spanish Atlantic Coast, May 2048
French Aircraft Carrier 'Richelieu'

President Jean-Philippe Marmont stared blankly at the strategic map of Europe, watching his country disappear bit-by-bit under the dark crimson overlay that marked the Russian-controlled territories. Paris, Le Mans, Lyon, Marseille; all of them had long fallen under the blood-red shadow that enchroached relentlessly upon the last fighting ECA remnants in the south near the Garonne river. Beyond that, the only thing still standing between the Federation and its total victory on the continent after three years of warfare would be the Pyrenees mountains, followed by the valiant but hopelessly outmatched armies of Spain and Portugal. Despite having repelled an amphibious invasion at the coast of England, the British were still unable to mount a landing of their own and what was left of the free Dutch, Belgian and German forces had pulled back into the Iberian Peninsula to recover. These bloodied, battle-hardened units were too precious to be wasted in the meat grinder that France had become, acting as veteran training instructors for thousands of hastily recruited volunteers that were rushed into the remaining ECA battle groups. 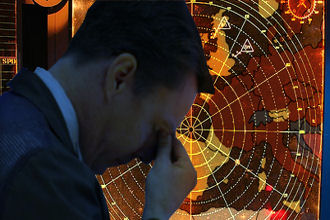 Nobody knew what was going to happen next. Would the Russians starve the last bastions of Europe into submission and press for a dictated peace? Or would General Aleksandr once again attempt the impossible and send his ravaging hordes onwards? In that event, the ECA would soon have to resort to a general conscription of all able-bodied men and women. To the average European, Aleksandr had long overshadowed President Suvorov as the true evil behind this increasingly ruthless, total war and nobody in their right mind would be willing to surrender to a Shock Trooper. But Marmont could no longer bear witness to an entire generation of Europeans bleeding out on the battlefield, only for their sacrifices to be erased once the victors proceed to dictate their version of history. He was tired, bitter and lonely. With the remaining European exile governments scattered and the Alliance's Prime Minister Norman Fitzgerald still fighting a hopeless diplomatic battle in front of the powerless United Nations, someone had to make the choice in favour of a last, decisive stand; draw the final line.

Near Toulouse, later that day

"Mont Blanc, this is Cuirassier. Sensors are functioning as intended and we're in position to observe", the commander of a lone Pandur IFV reported. The anxiousness and fear in his voice came through quite noticeably. "Force de frappe is standing by. Operation Pandora is a go, I say again, Pandora - is - go", a senior French officer on board the carrier replied while President Marmont stepped forth and whispered: "May our children forgive us. Vive la république". The Pandur commander took position behind his periscope, observing a full column of Sentinel tanks as they approached through a valley some kilometres away. With such heavy weaponry in action, the ECA defenders in this sector were expected to fall within a matter of hours. The senior officer started counting down to the moment of truth: "Commence fire mission in 3...2...1..."

Within seconds, more than a dozen bright spots flared up on the digital map all the way between the outskirts of Bordeaux and Toulouse and the Pandur commander had to squint his eyes at the intense flash that engulfed the entire valley, dazzling him even through the filter lenses. For a brief moment, the searing, unearthly brightness shone through even the most miniscule spaces in the vehicle's supposedly airtight hull. The flash faded and was followed by a deep grumble which grew into a raging storm that blew past the hull-down vehicle. The IFV shook violently while the surrounding trees burst into flame, bended with the blast wave, then snapped back towards ground zero from the rapid change in pressure. "It's tearing us apart!", the weapons technician panicked while the driver tried to reassure him with baseless optimism: "We'll make it, just hold on!" 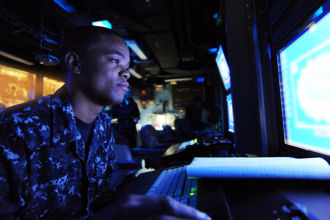 "Cuirassier, this is Mont Blanc. Come in, Cuirassier", the senior officer inquired. The commander regained his senses and looked through the periscope once again, reporting his observations. The lush springtime countryside down in the valley had been turned into a blackened wasteland littered with the charred, skeleton-like remains of uprooted trees and burned farmhouses, while an ominous pillar of dust and fire rose above the hellish scenery, towering miles high into the sky where the top portion transitioned into dark, looming clouds. Even the mighty Russian tanks were no match for this nigh-apocalyptic magnitude of firepower. Mesmerised by the awe-inspiring sight, the commander kept staring until he noticed a gash of blood dripping out of his nose. His heartbeat started to soar and a cutting, excruciating pain manifested in his head. "What the hell is happening to us!?", the technician screamed in terror as he experienced the same rapidly developing symptoms while his muscles went haywire with uncontrollable spasms. "Too...close...", the driver rasped before breaking into a horrifying cough with his insides writhing in pain. Moments later, the entire crew had succumbed to the intense barrage of highly penetrating neutron radiation that destroyed their bodies within minutes. Disturbed silence befell the attendants in the Richelieu's CDC as the haunting screams of the three faded into static. The line had been crossed. 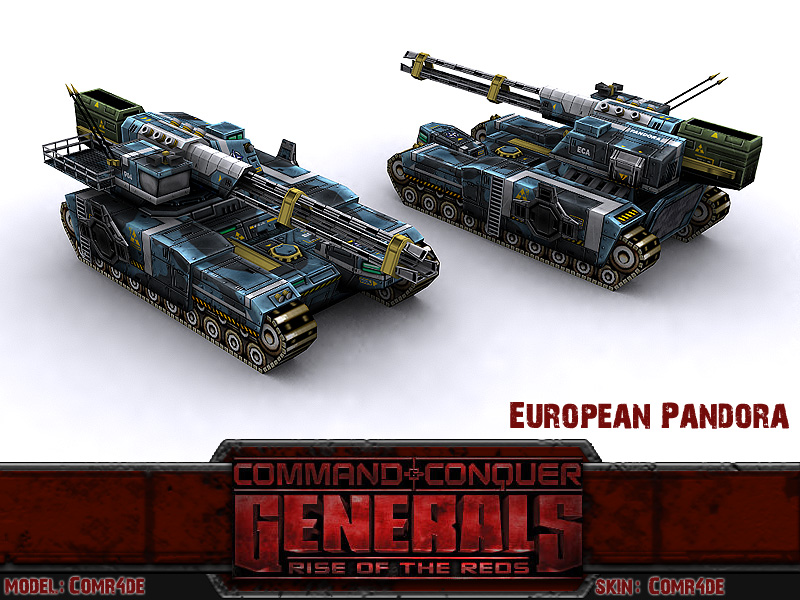 One of the most feared albeit decisive weapons deployed in the Russo-European War, the Pandora is a military refit of a European Space Agency payload delivery mechanism that used an electromagnetic railgun to fire small satellites and Solaris maintenance equipment into orbit. By the time Russian forces found themselves at the verge of victory in southern France, ECA high command made a controversial decision to avert its defeat: Despite the official ban on neutron weapons that had been imposed on behalf of China after the Global War on Terror, the European nuclear powers Britain and France have modified some of their regular nuclear weapons into so-called 'enhanced radiation warheads'. Whilst just as devastating as any other tactical nuclear weapon, these neutron bombs are designed to emit an extreme magnitude of radiation during the explosion which is strong enough to penetrate the armour of even the most heavily protected vehicles, leaving them intact for capture by anyone willing and desperate enough to stomach the sight of what remains inside after the crew members have succumbed to the neutrons. The Pandora is capable of launching these terrifying warheads over long distances, letting them detonate right upon impact or upon delayed proximity activation after they have hit the ground.

ECA commanders are advised that choosing the Pandora protocol marks a crucial point in the military chain of escalation. In addition to unlocking the Pandora weapons platform, a number of other drastic measures will be implemented: Vulcan bombers that would have otherwise been armed with conventional Smart Bombs will carry free-falling neutron bombs and European chemical companies will be ordered to shift their production towards vicious nerve agents like Sarin, Tabun and Soman which will replace the non-lethal tear gas that can be deployed via the Eurofighter's munitions dispenser in order to wipe out enemy troops caught in the open and even inside structures or vehicles. At present, the global political community is still heavily torn over the appropriateness of these extreme methods. For all intents and purposes, the Pandora protocol constitutes a gross violation of international law and the Russian UN delegation has openly refered to it as a war crime of the highest order mere hours after its first implementation. 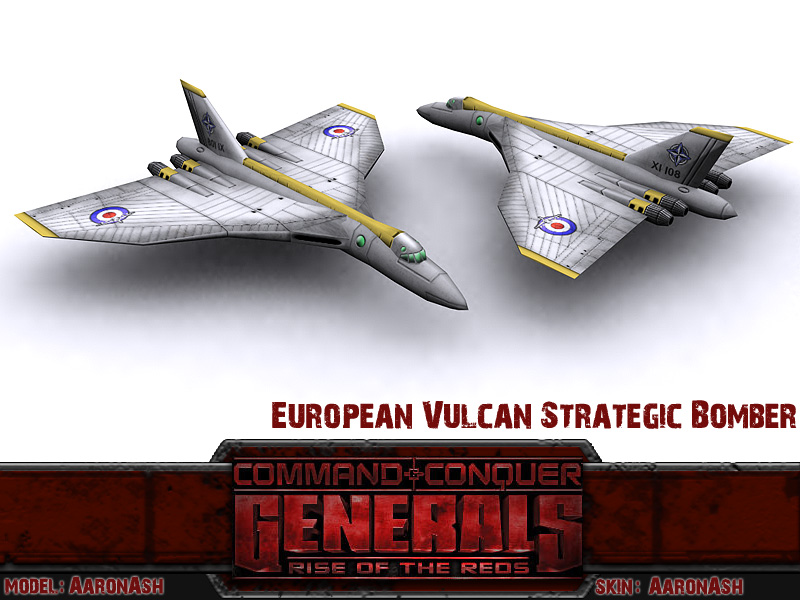 Painted anti-flash white in order to better reflect the immense thermal radiation released by a nuclear explosion, this variant of the Vulcan B.3 bomber is exclusively used to deliver tactical neutron bombs, which replace the conventional Smart Bombs once the Pandora protocol is initiated.

Holy gazongas! By comparison, how deadly is it to the Topol M?

The Topol has superior range and covers a larger area; the missile basically splits into five warheads, each one as powerful as a nuke cannon shell. The Pandora fires a single warhead which creates one big, localised explosion (still noticeably smaller than China's SW). Anything short of a super-heavy tank in the centre just dies, super-heavies get emptied while MBTs may survive emptied further away from the blast zone. In addition, it produces a short-lived radiation field that kills infantry, but doesn't last very long.

War brings out the worst of mankind, seriously this could be a movie or a whole book. Reminds me a little of Tom Clancy's Red Storm Rising

Well don't that make the European stance on winning the war perfectly clear.
I take it this war is now taking another vicious turn?

what about the russian SW?

You mean the Tremors? Probably in use since day one.

At least going by this:
"Federation is known for using the Tremor indiscriminately, the European Continental Army condemns the use of the Tremor as ‘barbaric’, with poorly trained low ranking officers authorized to request for fire support from this weapon. "

Ah.. now they pop open the can of darker technologies in the ECA arsenal.

Once you back an animal into a corner, it'll lash out.

And we havent see the venom yet!

Great update! Just a quick question though, are vulcan bombers buildable, or are they call in general powers?

"Russian UN delegation has openly refered to it as a war crime of the highest order mere hours after its first implementation"
Neutron OP Nerf NOW!-Russia.

General Aleksandr or President Suvurov is the man behind the invasion of Europe?

Suvorov is in charge of the entire country and the military while Aleksandr is running the actual invasion. Since Suvorov does not seem to have a military background, it wouldn't make sense for him to micro-manage this kind of stuff personally out of sheer arrogance.

So this is what may cause China to come into the picture? Not being too happy, I'd think.

For whatever reason the writing has suddenly improved dramatically.

I feel like I'm being swung about by my itty bitty legs while being yelled at "HOW'S THIS FOR WRITING BUNNY!?" after my unintentional insult way back when (two weeks ago?).

Does anyone know if SWR has any plans on changing the Blackhawk with something like the MH-53 Pavelow or is it too late for a change there?