Greetings Commander. Hope you hadn't gotten too comfortable in your barracks, as you're all being sent to the front. The invaders approach, and we've got Mortars, Sentries, and Forts to man! the Russians came to Poland and we're gonna make damn sure they remember why they should stay out of Poland.

"This is impossible! We're all going to DIE here!" Lieutenant Filatov panicked as another European mortar shell found its mark and obliterated the unit's forward air controller. Now the precious laser designator was trapped in the no man's land between a heavily fortified Polish position and the ridge where his platoon had taken cover. Even though many sections of the ECA's supposedly 'impenetrable' border blockade had been breached by massed volleys of tank and artillery fire, the Poles clung to every inch of their home soil, launching attacks from dug-in positions that were well hidden in the extensive forests of the eastern regions. Their favourite tactic was to lay low, let the bulk the Russian armoured spearhead move further inland, then pop out of the undergrowth and wreak havoc on the Federation's supply and reinforcement routes. 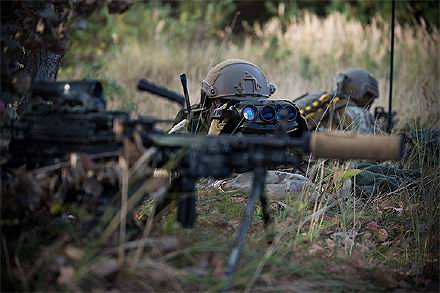 "This is Serp to ground element! We're circling over the forest with a full payload of incendiaries but we need someone to highlight the target!" the leader of a MiG-45 squadron reported in over the radio while the Lieutenant, who was widely regarded by his men as an ineffectual upper-class twit looking to grab some superficial military bragging rights, rocked back and forth in catatonic shock. It was at this point when one man, a burly Siberian Sergeant by the name Boris Bikov, decided to step in. "Listen up, comrades! I have a plan!" he exclaimed while the European machine gunner kept tearing through the shrubbery. Soon, another 200 round drum magazine was depleted, urging the soldier to reload. In that instant, the Russians popped back up behind the ridge, spraying bullets at the defenders while one of them took aim with an RPG-29. The rocket-propelled grenade zoomed across the field and smashed into the post, silencing the red-hot machine gun forever.

"Now! Cover me, comrades!" Boris yelled furiously while he vaulted over the ridge and made a mad, screaming dash to the body of the air controller. The Europeans were so shocked by the sight of this man coming at them like a charging bear that they missed their cue to fire, buying Boris enough time to grab the designator and mark the enemy positions. "Ground element be advised, we've acquired the target and are lining up for our run", the MiG leader confirmed the coordinates. Meanwhile, the defenders had snapped out of their momentary confusion and opened up on Boris, grazing him while he took cover behind a rock. The mortar operators re-adjusted their aim, preparing to lob another shell, when suddenly a group of jets flew above their heads. 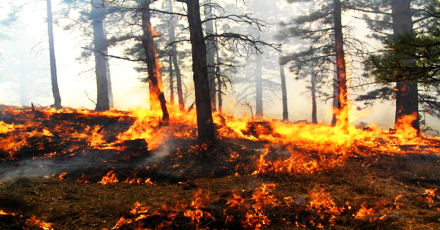 The European outpost went up in a fireball, prompting the surviving soldiers to abandon the cramped confines of their sandbag positions and retreat. "Come on, you dogs! Do you want to live forever? Urraaaa!" Boris yelled with his Makarov pistol held raised above his head while the platoon was inspired by this newfound prospect of victory and pushed forward. The enemy strongpoint appeared to be deserted and the Russians, exhausted by the battle but elated by their success, let their guard down to radio headquarters. Suddenly, the air of triumph was interrupted when a single Polish soldier, apparently the captain of this unit who had pledged his life to hold until the end, emerged from a bunker with a live fragmentation grenade in his hand. Boris and his comrades proceeded to open fire, but the man kept running towards them whilst his body got riddled by a hail of bullets. Before he succumbed to his fatal injuries, the Pole threw himself onto Lieutenant Filatov and released the safety handle. 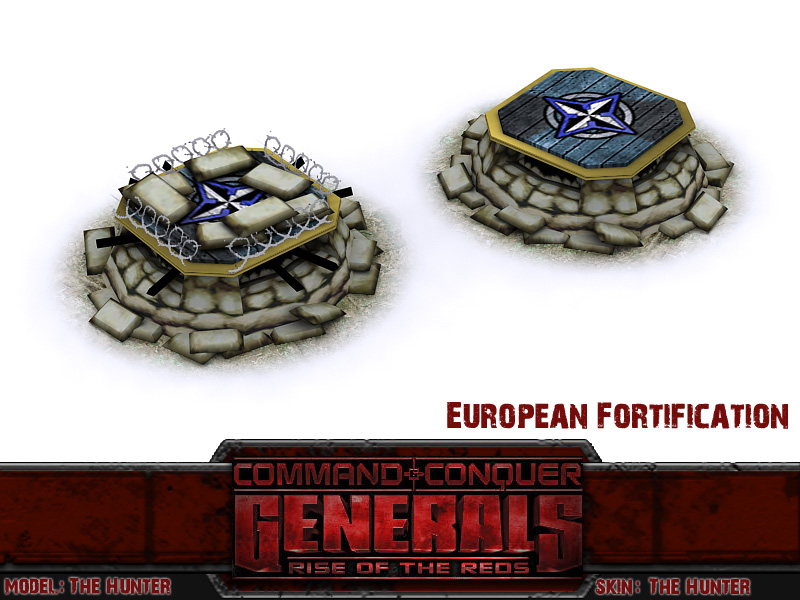 An hour worth of digging, a few dozen sandbags, razor wire and a plank roof combine into the ECA's most basic defensive structure. The Fortification is a makeshift emplacement that provides up to three infantrymen with a sufficient amount of cover and clear lines of fire in all directions. In order to provide additional healing support for the surrounding soldiers, a stockpile of medical equipment can be requisitioned. It should be noted however that the structure lacks any sort of protection against toxins, flamethrowers, thermobarics and other dedicated anti-garrison weapons. 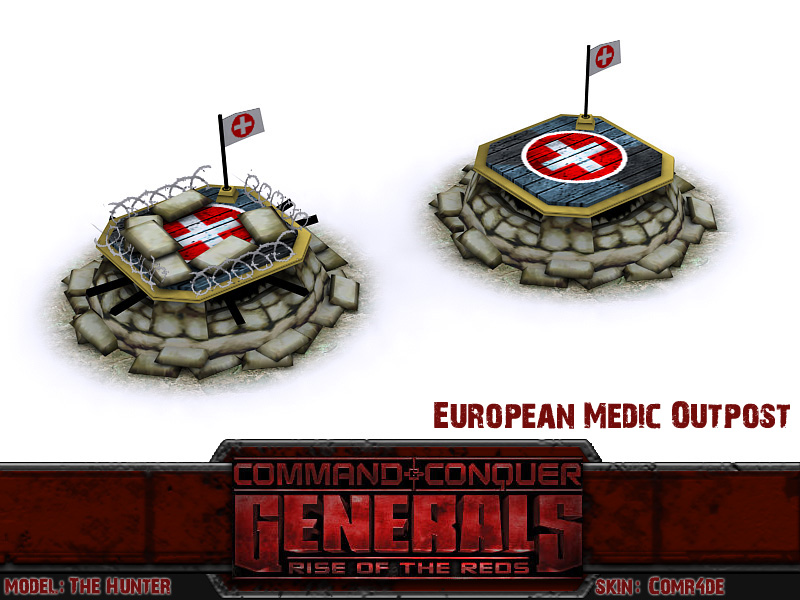 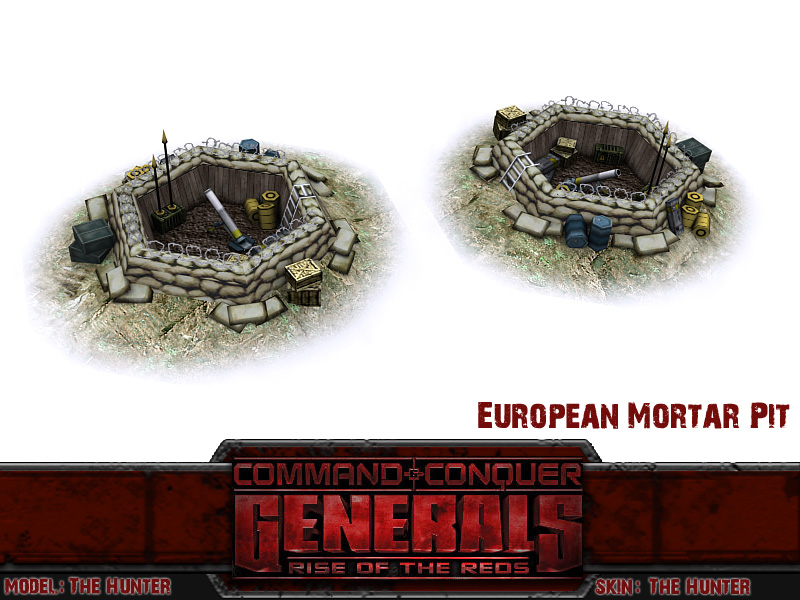 Whilst not perfectly accurate, these dug-in 81mm infantry mortars make a useful addition to any defensive perimeter. Their high-explosive shells have good range and can be fired in fast succession and even though they cannot reliably defeat fast or well-armoured targets, they're nevertheless capable of decimating enemy troop concentrations as they gather in front of the line, smashing holes into their ranks well before the actual assault and prompting the attacker into fast, possibly miscalculated moves that may foil his entire plan. 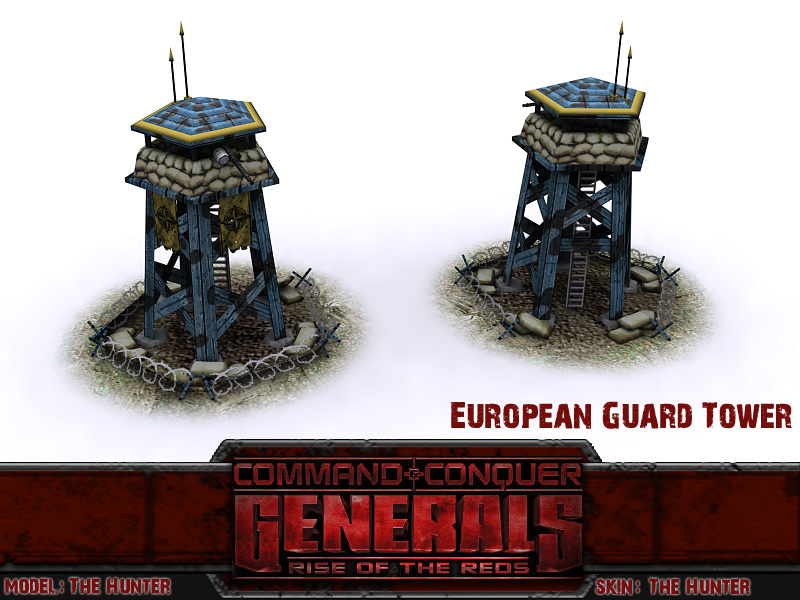 Posted by the hundreds along the eastern borders of Poland, the Czech Republic, Austria and Italy, these Guard Towers serve many important functions and form an integral part in the ECA's multi-layered border blockade. Thanks to the sophisticated scanner systems and high-powered searchlights installed on these towers, the European border guards can easily detect covert infiltrators. Alternatively, a pair of binoculars allows the operator to spy far into unknown territory. Perhaps the most controversial piece of equipment however is the German-made MG3 machine gun, essentially a copy of the infamous WW2-era MG42, that has been modified to accept standard NATO 7.62mm ammunition and fire at a 'mere' rate of 1300 rounds per minute as opposed to the original 1500. Even though there hasn't been a single reported casualty at the border, these fearsome weapons have been used to deter many border breachers that tried to bypass the checkpoints from the outside and the occasional group of fringe activists on the inside that refused to understand the necessity of these measures.

That MiG quote was used from World in Conflict? It sounds so similar... Anyway, nice update and finally ssomething with Boris!

no, i don't think so, never heard those at WiC :P

I've got the same feeling, I know for a fact Serp is one of the callsigns they used in WiC, but the full quote seems similar, Love that game and this mod.

USSR Napalm strike codename in WiC was Cognac or "okhotnik" in the Russian translation version IIRC.

It's different depending on the language of the game.

Actually I also had that feeling. I believe Serp is the callsign of the carpet bombers that bombed the bridge in the first mission of Soviet Assault.

I am ready to battle with ECA!

There are always heroes on both sides of any war, I always love the stories of every RotR update! :D

was hoping for a RA2 French Supercannon-ish defense :(

"Come on, you dogs! Do you want to live forever? Urraaaa!"

Come on, you sons of bitches! Do you want to live forever?
GySgt. Daniel J. "Dan" Daly, USMC
near Lucy-`le-Bocage as he led the 5th Marines' attack into Belleau Wood, 6 June 1918

I like how you incorporated actual quotes, makes it more awesome ^_^

Also said by Frederick the Great as: "You rascals, do you want to live forever?" trying to get his troops to fight.
It's a pretty old quote. I'm guessing there's plenty of versions of it floating around.

You gentlemen, are brilliant! Going on Full Speed Ahead, it's just a privilege to watch your work.

reading all these news articles is like reading a novel :D keep it up SWR!