Dear Comrade General, we have just received a confidential document containing vital intelligence detailing some ECA units. This information will surely help us with our battle at the French border. I think you should have a look... 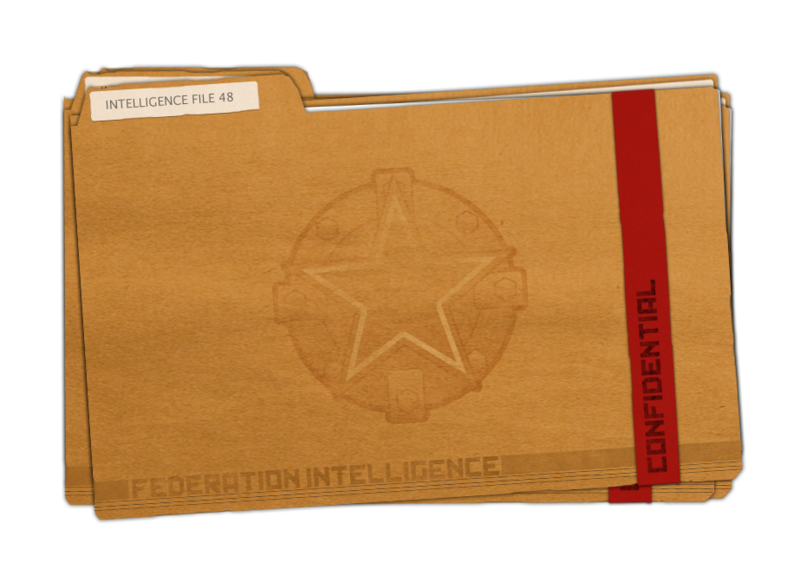 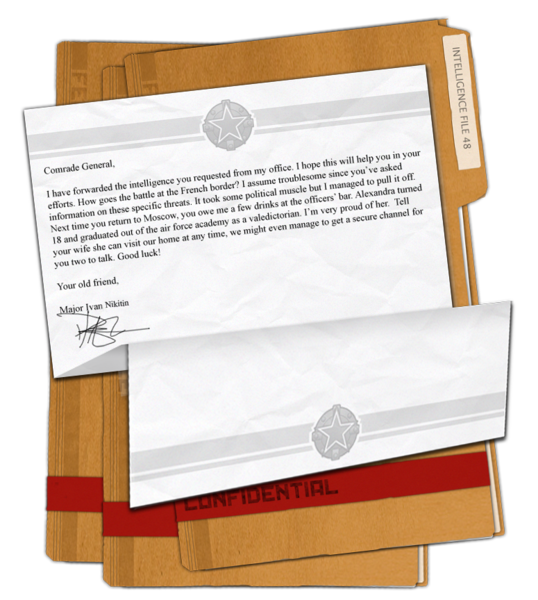 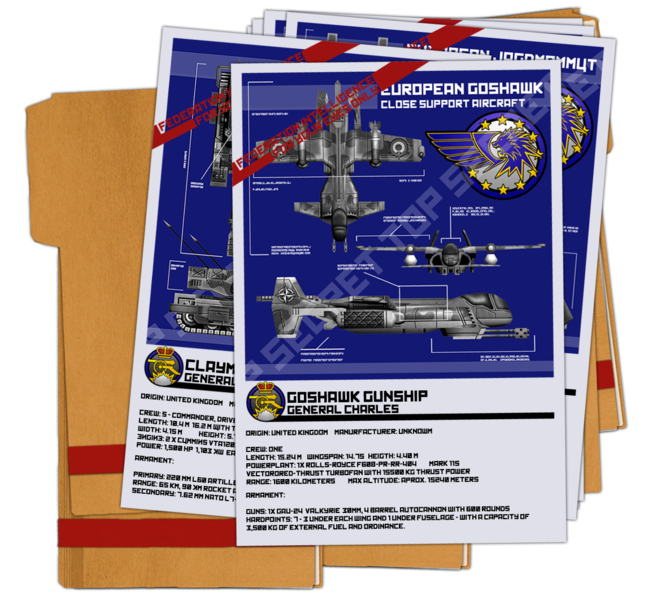 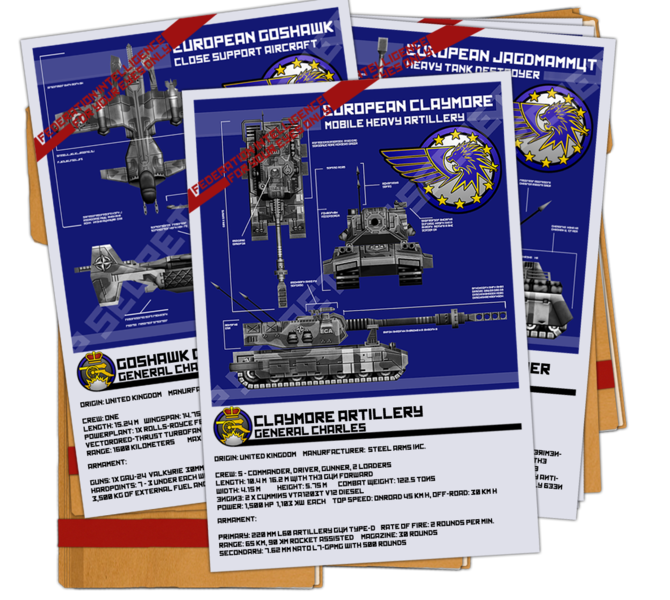 Hello ROTR fans! As always we procrastinate to bring you the latest news in the mod's development. This time we've got some new ECA units to show off that we promised we'd show you. While we technically showed 3 new units, we're only showing 2 of the renders since the Jagdmammut is up for the Under the Spotlight segment. Which is under way

But enough talk! Onto the renders: 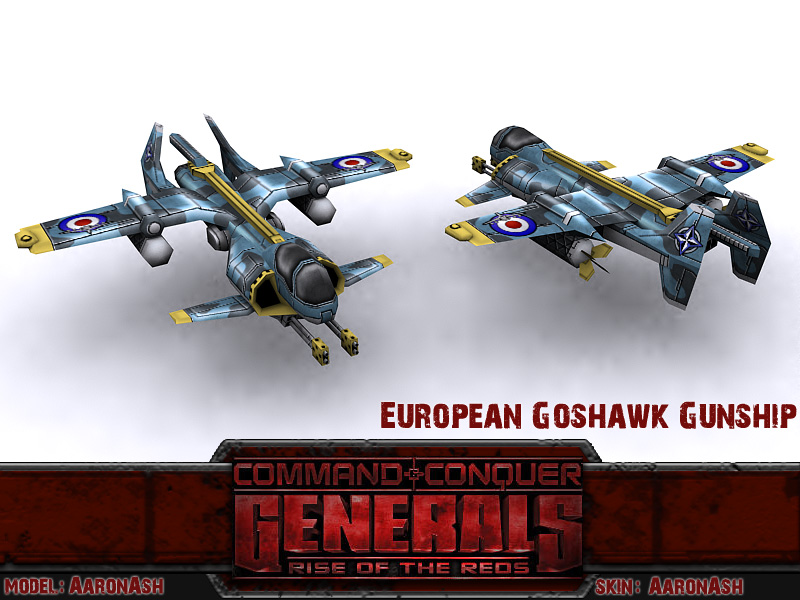 The Goshawk is probably the most versatile gunship in the war. Not only it is capable of rearming itself in flight like others but has the speed and agility of a fighter while being capable of vertical flight. Their pilots are fearless and methodical, accomplishing strikes with ruthless efficiency. It is but one of the few aircraft the ECA have left. Their locations are hidden in secrecy and due to their VTOL ability they can nearly take off from anywhere. 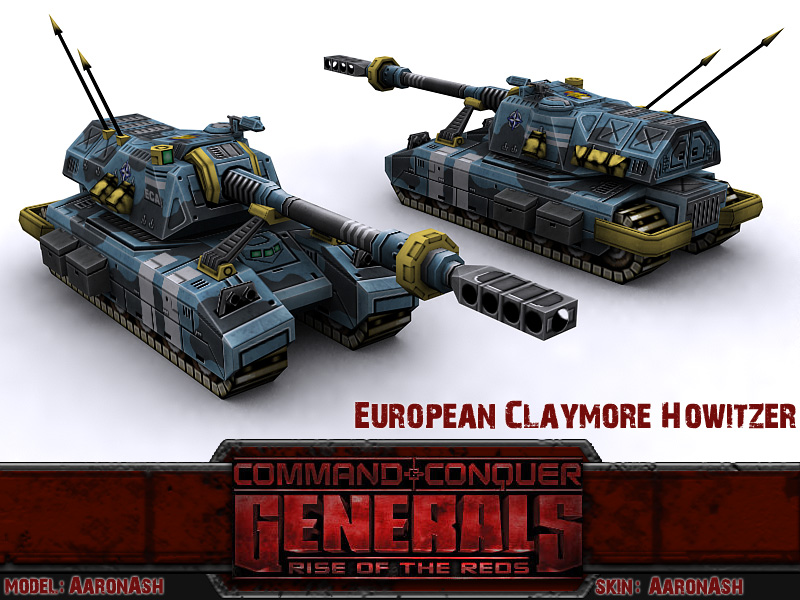 The Claymore is the second biggest unit of ECA’s arsenal. It has a nearly legendary firing range. Possesses superb accuracy and can operate in any terrain and weather that is native to Europe. Very few have the luxury of surviving the punishment of its shells. It is rumored they are capable of firing in a quick succession as a few Claymores are capable of creating a majestic barrage.

And that concludes todays update, we may post some comparison shots for the Claymore as we're not kidding that it's huge. We are more than certain you ECA fans will enjoy these and the upcoming units we are to show you in the near future

Stay tuned for the awaited Under the Spotlight!

Have a safe and great day, this has been Comr4de from SWR Productions signing out. 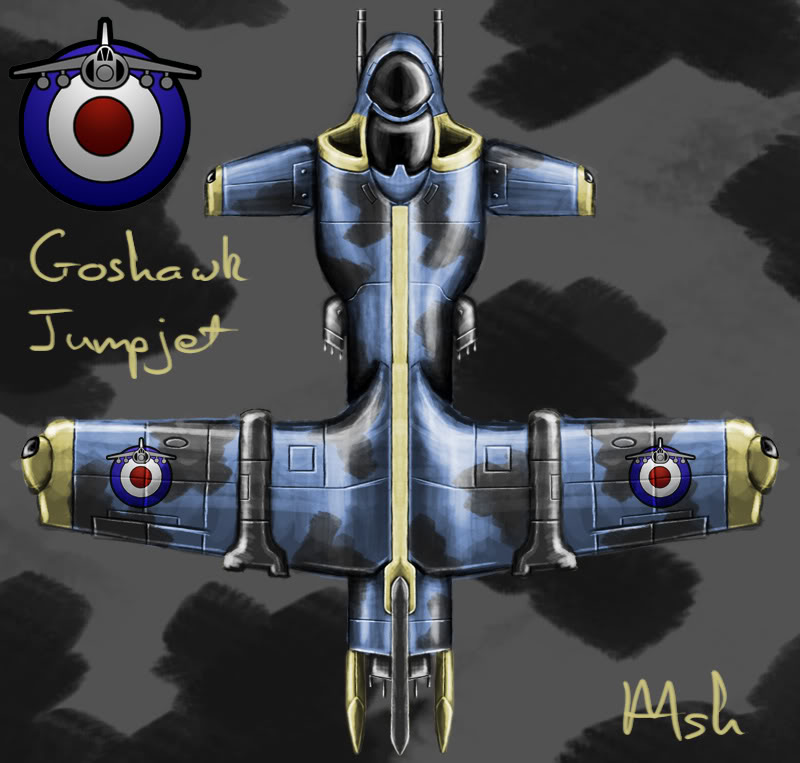 This is the concept art from the Goshawk done by our very own awesome generator, AaronAsh. Don't mind the particular date this was added on (April 1st). This concept is obviously real. However that stuff on the forum may not be in the final game. :P

Great update. Goshawk looks interesting.
It said "Their locations are hidden in secrecy and due to their VTOL ability they can nearly take off from anywhere."
So does this mean the Goshawk does not need airfield to exist? So it's more like helicopter?

As the ECA has no classic (conventional takeoff and landing) air force they don't have an airstrip as such, but as they also get the Tiger Gunship they will have structures capable of building and servicing flying craft, albeit structures without runways.

Interesting. I think that adds alot to this team.
Like the update, especialy the way it's set out. Keep it up.
*Waits for under the spotlight*

Great update. I like the original style of presenting the confidential info.. nice work...

Agreed. It really adds interest beyond just a wall of text. The new units look great too! Keep it up!

Wow, I love how you guys put so much work into your updates! Not to mention the work you put into your mod! Keep it going!

This is awesome! At what point are you going to release the newest version?

It will most likely take a while; as we have yet to even begin testing on internal betas.

Yay! Cant wait to pound the Russians with that artillery :D Looks heavy!

Hey, I see a third unit in the background of the first picture. "Heavy Tank Destroyer"? :O

Yep, originally, we were going to reveal three units. But then decided to only reveal two for now as the Jagdmamout Heavy Tank Destroyer will be revealed shortly in a forum-exclusive 'under the spotlight' mini-update. I'll post the render here once that happens.

ok i installed this mod into my zero hour directory and it simply will not run. i have no other mods installed either.

When in doubt, do a clean reinstall. Uninstall RotR, ZH, then delete the ZH folder, and install everything again.

If you still have problems, post it on the main page, as I don't really check here for technical issues.

i uninstalled zh and deleted all files associated with it and tried reinstalling the mod but it still does not work. i click it and a black command prompt window flashes for about a half second and then nothing happens. no error messages or anything... it simply wont work. also i cant find where to post info on the main page.

You post on the main page the same way you post here, you scroll down to the bottom and type something into the box.

here's some additional things you might want to consider. Did you patch Zero Hour to 1.04 before the reinstall? Are you using Vista? If so try 'run as administratot'. Are you using a Mac? I actually have no idea to help you if that's the case. Are you using The First Decade? If so, you may want to check if the installation path is correct, as it has a different one. Do you have a legal copy of Generals and./or Zero Hour? Sometimes the crack interferes with the installation or vice-versa.

That's all I can do with the limited information provided. If some of the above apply to you, then I hope the info was of help. If you still have issues, go to the support forum.

I'm glad everyone liked the update. Seeing your appreciation makes all the hard work worth it.

I can't give you estimates to any of those things. One, I'm not allowed to. Two, they would be inaccurate and create false expectations.

However, I can say that ECA and GLA will not be in the next release (probably named 1.3). GLA and ECA will both arrive in version 1.5. The Generals for all factions will arrive in 2.0. (Note that we don't really name in any specific order. For example, there may be a 1.31 but no version 1.4 etc.)

Also, SW besides minor balance work, is in hibernation mode and isn't being worked on right now.

While timescales are indeed not popular, I can say there's no way it'll take two years for ECA and GLA to arrive (partly because I expect Generals II to be out by then). Faction Generals will arrive all at once for all armies, and I have no possible timescale to give you about them.

Long time since last post?
Here's one for ya,
The Claymore howitzer says 2nd biggest unit.
What's the 1st?
Will the Goshawk be the only jet in ECA?

It hasn't been a long time at all, since we update on a pseudo-monthly basis. It hasn't even been a month yet.

The Claymore is the second-biggest unit in the ECA arsenal, the biggest is obviously the Jagdmamout Tank Destroyer, which will be revealed soon.

The Goshawk isn't technically a jet, it's a VTOL jump-jet aircraft. It will basically work like a chopper, cept that it can fly a lot faster than most choppers.

Well there is no info to be found, as there is only one person who decides the release date is and that's the_hunter.

Knowing when it's gonna come out doesn't make the process any faster. Just sit tight and wait, it'll be out when it's out.