Post news RSS Rise of the Reds: Among Jackals, Update #34

We return to the wilds of Africa to detail the story of the Russian Federation's campaign against the GLA, and bring you one new unit - the American Cobra - and two old favourites brought up to standard. Hold on tight for 1.5! 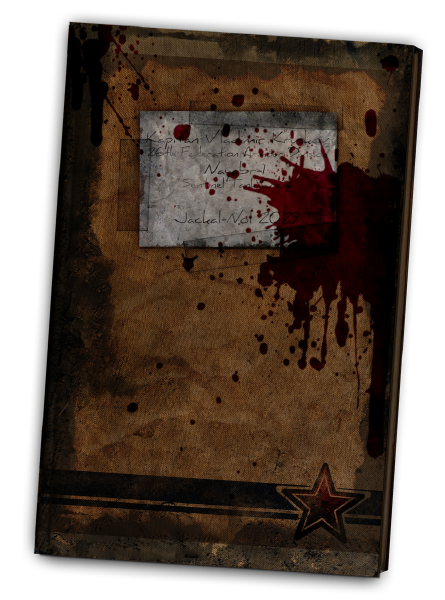 We hope you enjoyed the story. This will be a series you can look forward to every two updates from now on. This short novel should answer some of your questions about the African War.

We also have some renders for you. How about we have a look? 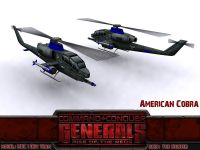 The Cobra is the most agile helicopter in service. Excellent for scouting, ambushing and harassment, these birds of prey are capable of being a serious threat in high enough numbers. Though they already have a powerful mini gun by default they can be upgraded with rocket pods making them even more deadly. The Cobra is exclusive to General Griffon, replacing his Little Bird.
Chinese Battlemaster 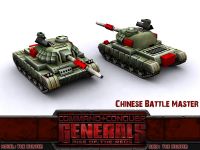 The Battle Master tank has served the People’s Republic of China for over 30 years now and its presence in the battlefield is almost symbolic. This newest variant in use by the People's Liberation Army of this aging tank already comes with reactive armour and now benefits from improved nuclear upgrades.
Chinese Gatling Tank 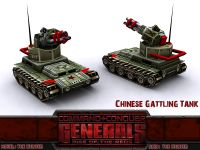 The Gatling Tank has changed inside as much it has changed outside. Firing now is also completely automated, no longer requiring a gunner for the Gatling Tank to operate. Despite over 95% of the parts have been modernized, it still uses the same tried and true ammunition. The Gatling Tank of the new age has yet to see actual combat.

This concludes our update. A notice to the fans: The Video Feed will be recorded this weekend so you can look forward to it next week. If you have questions about the lore of Rise of Reds don't be shy to ask. Your very questions may become focal points of stories and updates in the future. We hope you enjoyed our update. We also have a special message to our American fans and team members: Happy 4th of July! This is the SWR Team signing off.

After the release, will balancing and bug fixes still take place frequently? Or are you guys planning on taking a much needed break before squashing bugs?

Bug fixes are integrated into every release - because of the progressive internal beta system, every addition gets a chance to be tested multiple times, so there shouldn't be anything horrible come 1.5. Balancing is pretty much going to be left alone until 2.0, because if we balance all the units now then all that hard work will be undone when the generals are added and everything is rejigged anyway. Anything particularly outlandish (like the Little Birds in the original 1.0 SWR Edition) will likely be dealt with swiftly, but currently I can't see anything that will require that sort of treatment.
Short answer - possibly, but we'll do our best to make sure it isn't needed!

Bug fixes and very appropriate & careful balance changes are important. :-) But please, if you can, avoid too much changes of the units stats, it could be catastrophic.

As I already said, we'll do (and have already done lots of) bug finding and fixing, but balance is not a primary concern right now. The reason for this is simple; carefully balancing units when the sides are not only incomplete but missing entire elements of themselves (i.e. the generals to whom some units belong) is simply a waste of time. As I said any 'catastrophic' balance changes are usually caught or rapidly fixed, and I haven't found any personally in the latest internal beta and neither has the rest of the team.

Why did the end of the first letter say "Jackal"?

Not sure - you could ask the person who wrote it, Overdose, on the official forums though.

Its cool but i cant Wait more!