Post news RSS Rise of the Crime Lords-Rogue One Update

Rogue One content implemented in Rise of the Crime Lords

I watched Rogue One last night in the theater and was amazed by it. It really did expand the Star Wars universe of that era for me. I think that some of the characters and certain super weapon's abilities can be implemented into the mod as well as parts of the movie's soundtrack. Being almost finished with my Star Wars Rebels additions, after adding ships, vehicles, heroes and parts of it's soundtrack to the mod, I plan to do the same with Rogue One. 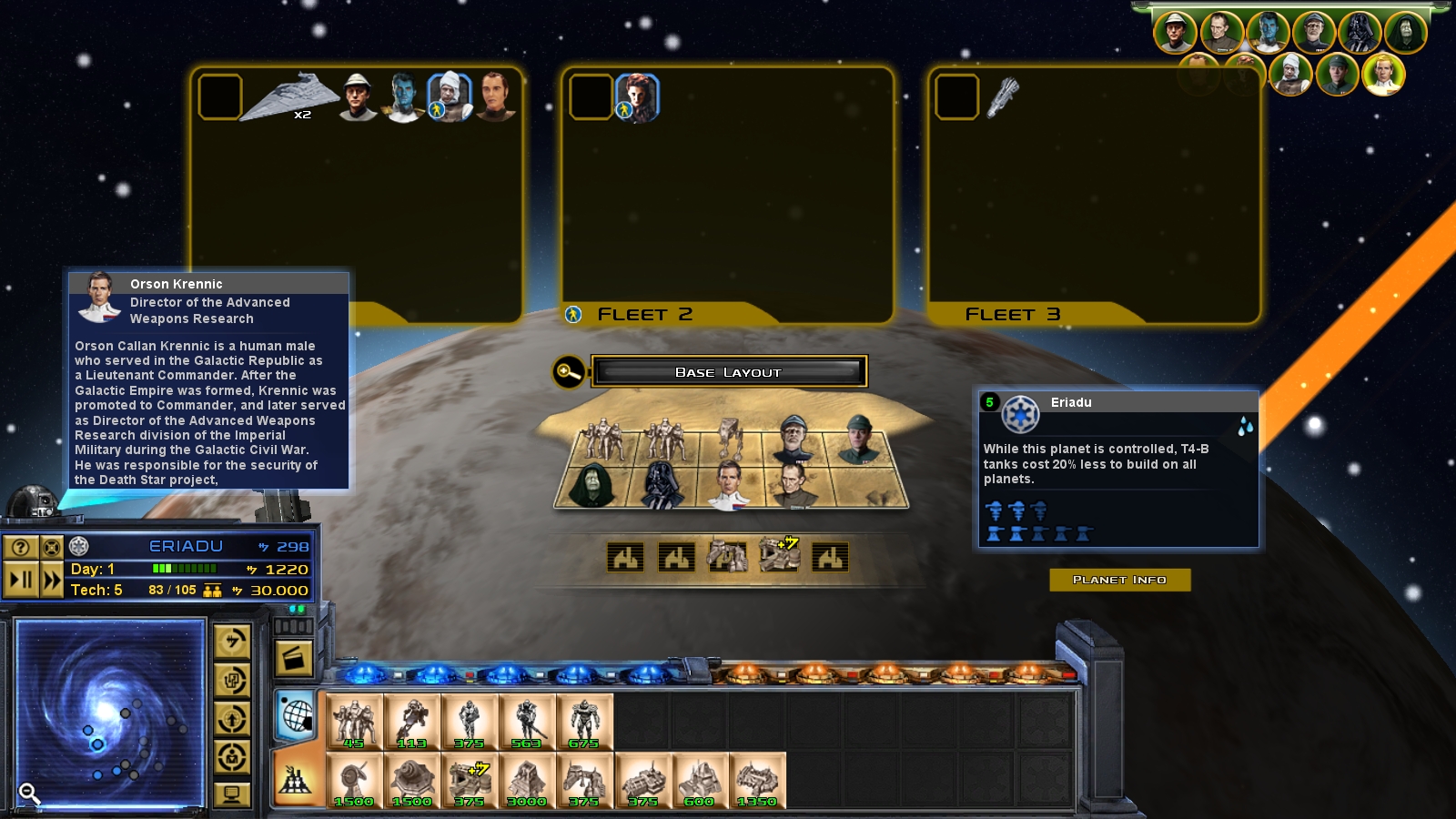 Things you can expect in the addition, by faction:

Could do the Scarif space map like Awakening of the Rebellion did some of their maps, with a map-wide planet background. Not sure how you would get a shield gate prop in there though...

The problem would be the shield. I'll try to figure something out.

Currently, there's no way for the Black Sun or the Hutts to destroy the Death star. Is there a way to fix this?

there is for the black sun. you have to make sure the black sun hero that has a fighter squadron survives the battle with the death star and then its destroyed.

Yeah, you have to have the Black Sun Ace Squadron, I could also try to add the hack ability to a Black Sun hero. As for the Hutts, I'll implement a way soon.

i watched it and i liked it. tho i dont know if it has much new things to go off.

Could you add the hammerhead ships, the new flagship , u wing and tie striker?

Hammerheads are in, everything else will be added if someone makes a free release model of it for FOC.

OH ok I see, I'm a bit new to the mod but it looks amazing and love the idea

No problem. Just today I've updated the description on the main page, it will tell you what things are already implemented in the v3.5 or 4.0.

Have you found a way to install this with steam version?

hello, i have the 3.0 version of this mod, is awseome but im looking for the rogue one updated version, Where i can downoad it please?. thanks

Empire at War, Forces of Corruption, Rogue One, Star Wars