In this first update, we bring you the first screenshots of the first level, which is set in a prehistoric time. As Dave Hudson, you must battle through the prehistoric jungle, that has emerged in the middle of New York City, with the ultimate goal of destroying the Paradox machine that is causing this rift in time.

Rift Hunter is a first person shooter which takes place on earth in 2020. The player is a part of an elite team sent on a recon mission to gain intelligence on an anomaly that has appeared in the middle of New York. The anomaly appears to be rift in time. As the game progresses more anomalies appear all over the world and the player must find out whom or what is causing these rifts by any means necessary.The player is taken on an adventure through time and must fight his way to the being that threatens human existence.

In this first update, we bring you the first screen shot of the opening level, which is set in prehistoric times. As Dave Hudson, you must battle through the prehistoric jungle, that has emerged in the middle of New York City, with the ultimate goal of destroying the Paradox machine that is causing this rift in time. I've been working on this to make a really atmospheric opening for the beginning of Rift Hunter. 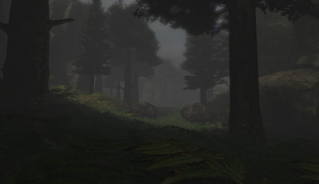 Sephael, one of our 3d artists, has modelled the main antagonists of the game; the Wolven. Our concepts and texture artist, Bish, will be texturing this model up soon.

The Wolven are a race of highly evolved wolves that have the speed and the ferocity of wolves but the intellect and problem solving abilities of Humans. The model pictured is an example of what the the grunts of the Wolven force look like; but even if they are just grunts, they are not to be underestimated. 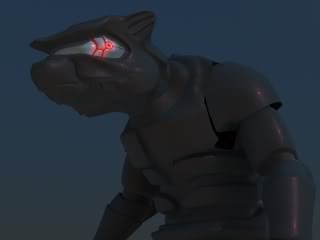 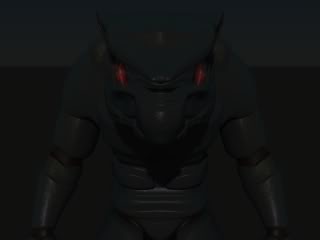 Nocturne, our art lead, has modeled some of the tools that Hudson will need to utilize in order to combat the Wolven and other enemies he may encounter.

The SIG-Sauer P226, will be one of the few pistols that Hudson may find on the dead bodies of NPC's such as police officers, soldiers or security forces. This weapon may also be obtained from supply crates and Wolven weapon confiscation armories. 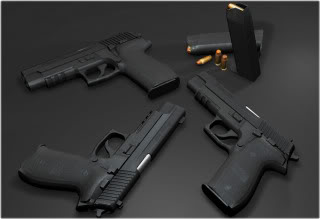 The combat knife will be a standard part of Hudson's gear; as per T.R.U protocol. Quick stealth kills can be achieved by counterbalancing the knife, slashing and retracting. This is one of the ways in which Hudson can operate if the player chooses so. The knife is also an incredibly valuable weapon when Hudson runs out of ammunition. 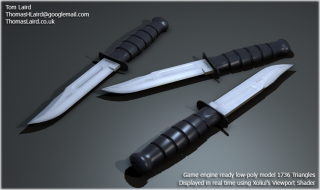 When there is a dark space to explore, you'd best take a torch. Caves can be full of surprises and without a light to show you the way, who knows what could happen. The torch also doubles as an unconventional weapon; temporarily blinding creatures who are more suited to the dark, enabling you to get in close with the knife. 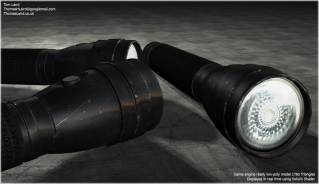 SKIV has also been modeling weapons and game assets. He's just recently finished up work on the RPG.

When Hudson needs to take out something as big as a T-Rex, he needs a big gun to match up to it. In certain supply crates, the legendary RPG-7 can be obtained to fight against the bigger targets. This reliable piece of Russian engineering ensures that the bigger targets stay down.

In Soviet Rift Hunter, RPG's are what made the dinosaurs become extinct.

That's all for now, but make sure to visit our moddb page and watch us if you're interested!

Love that first screenie! And nice modelling and texturing.