Return to Na Pali: Ultimate Edition v1.1 HD, a polished conversion of RTNP for UT99, has been released! For anyone not up to speed, this mod contains 10 new levels from restored beta content originally cut from Unreal. This version contains high-resolution skins for all the new custom skins, as well as a few extra surprises!

After much hard work, Return to Na Pali: Ultimate Edition v1.1 HD has been released! For anyone not up to speed, this is a polished conversion of RTNP for Unreal Tournament '99, complete with 10 new levels restored from beta content originally cut from Unreal. Version 1.1 HD now contains high-resolution custom/beta skins, as well as a few extra surprises! This is meant to be used alongside the recently released High-Res Skins mod.

Here is an overview of features:

What exactly is new with Version 1.1 HD?

Not long ago, a High-Res Skins mod was released that replaced all the low-res skins of Unreal & RTNP with high-resolution, detailed versions. However, this mod lacked any HD skin replacements for the new custom skins or beta skins unique to the Ultimate Edition of RTNP. Version 1.1 remedies that!

Thanks to the extremely generous Noveria, part 1 of a video walkthrough now exists! For anyone not familiar with her video walkthroughs, you definitely need to check out her YouTube channel.

The original Return to Na Pali Ultimate Edition started out as a basic idea to not only get RTNP working properly in UT99, but also to implement the cut Unreal beta levels. What started out as a simple project turned in to a complete overhaul of not only the beta content, but the official RTNP maps. Version1 was released in 2011, and received good feedback. Fast forward to this year, and the high-res skins project, UnrealHD, was released. However, RTNP:UE was suddenly starting to look a bit dated with the low-res beta/custom skins mixed with the high-res skins. As such, I promptly decided to give the custom skins a complete makeover as well. 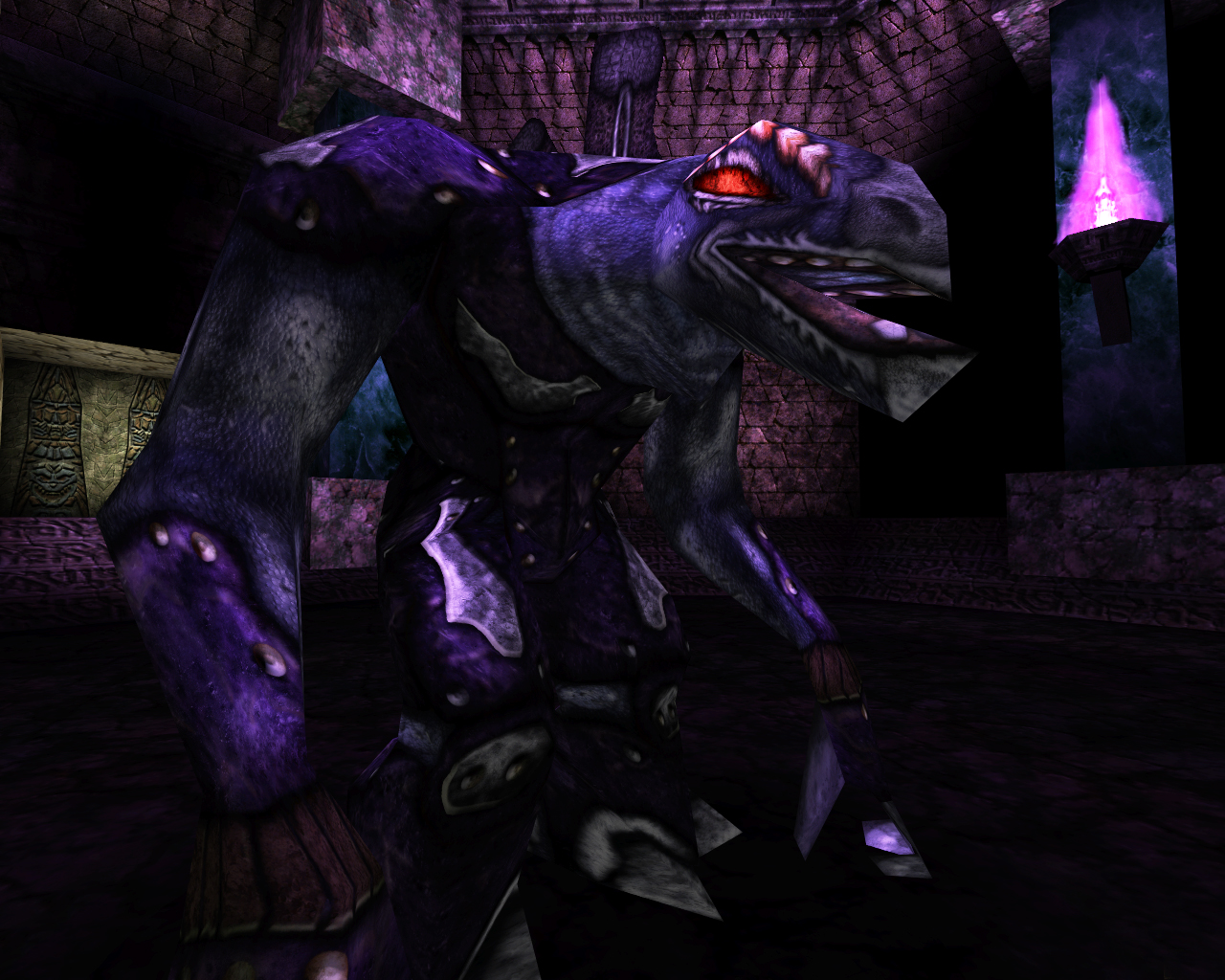 Along with the changes listed above, v1.1 also has these features: 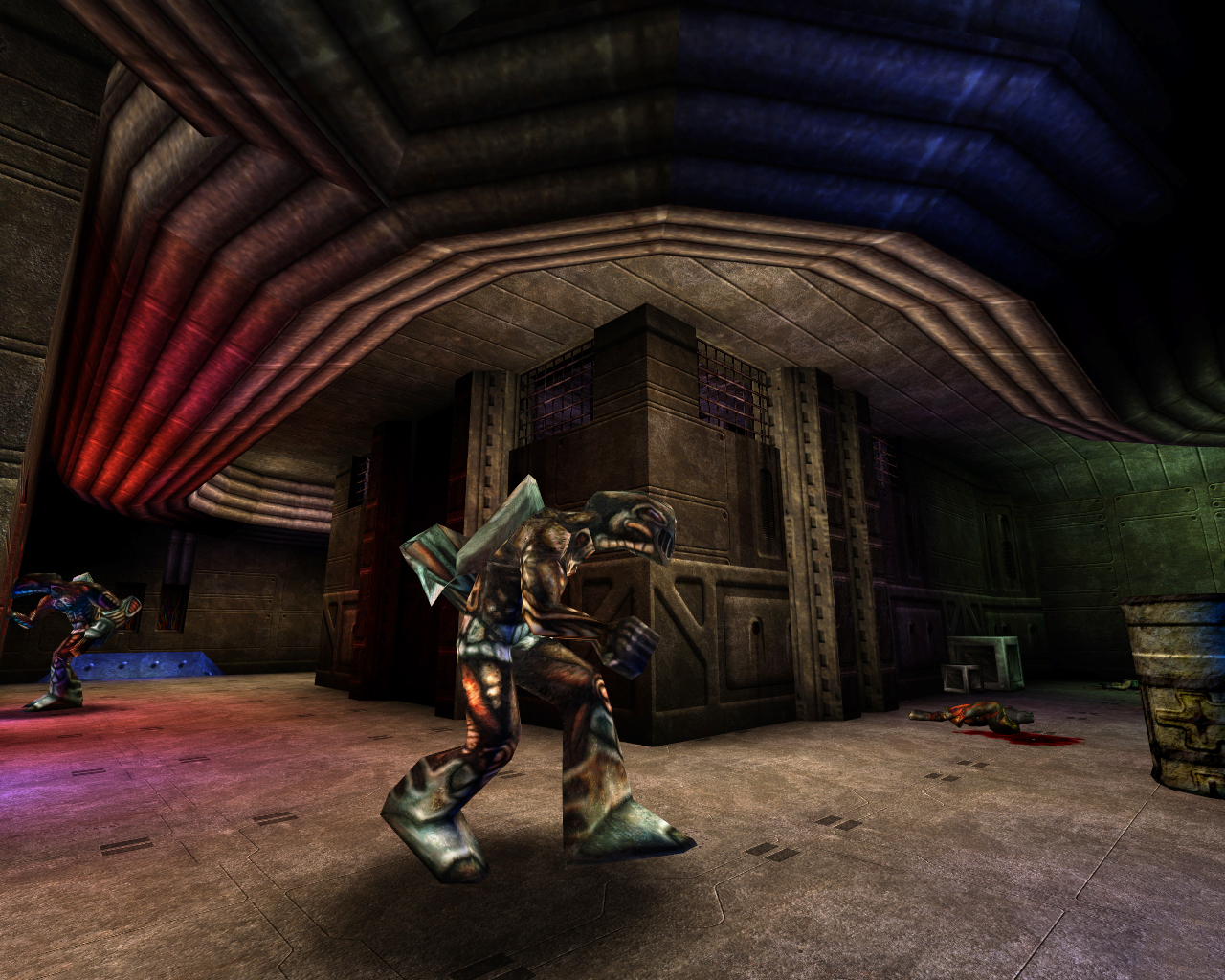 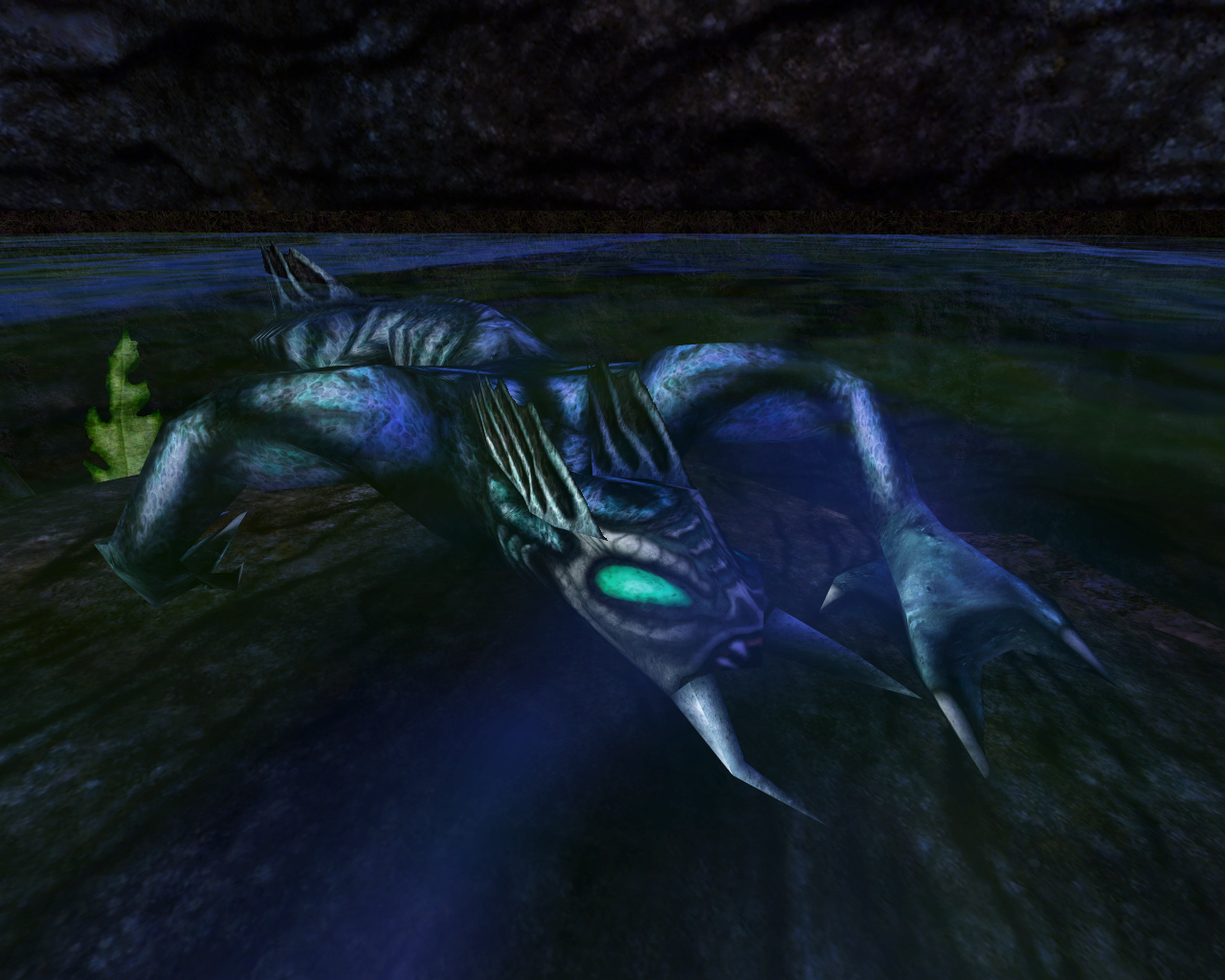 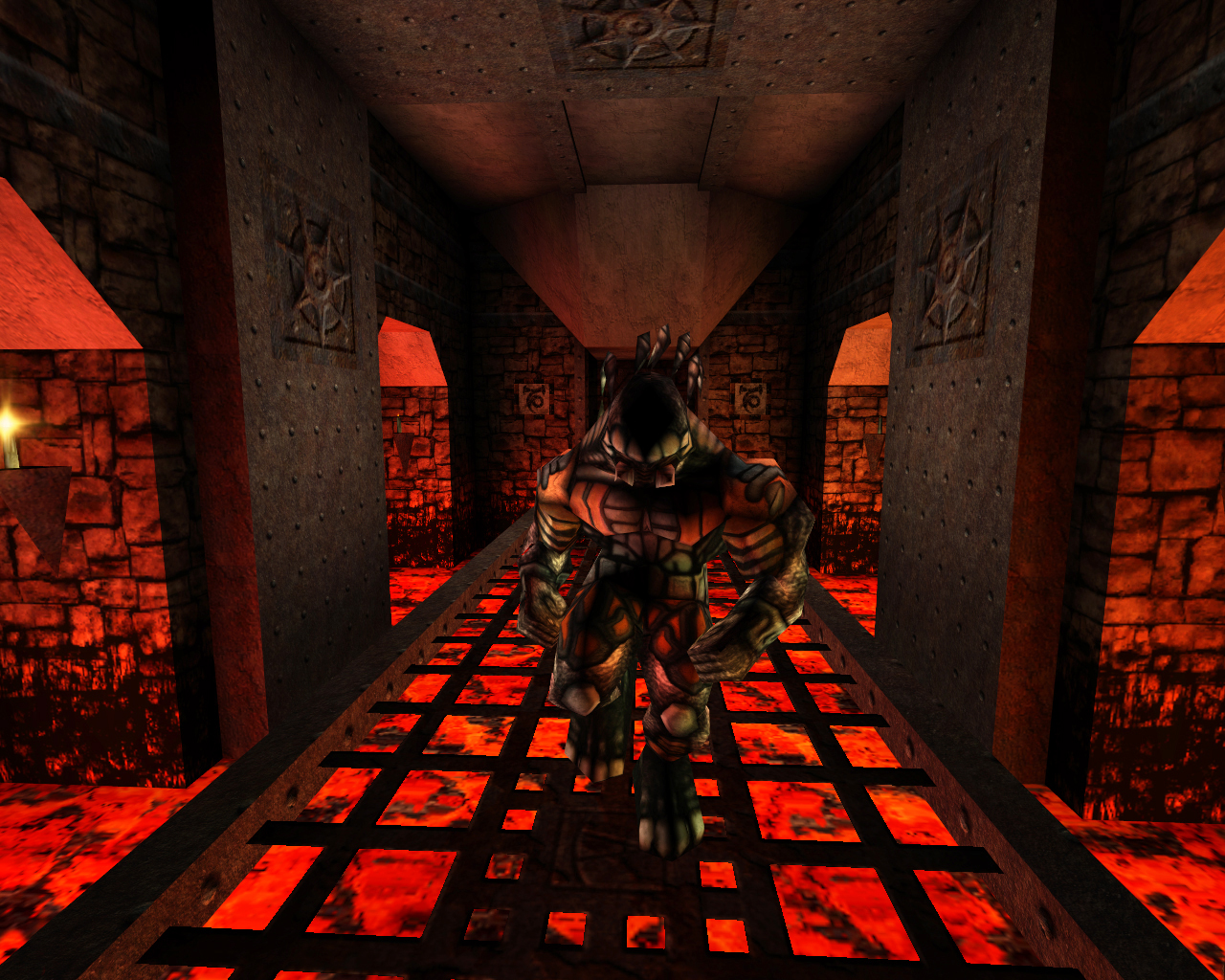 Please read ALL the installation/configuration instructions in the readme file, or in the description of the Moddb page. Also, do NOT forget to download the high-res skins for Unreal, which is meant to be used alongside this release! The mod will run without them, but is rather pointless with only some of the skins replaces in HD...

This project was conceived by, managed by, and mostly done by me (Lightning Hunter), and the new high-res skins were done by me. However, there are a lot of other people to credit! Please read the include readme file or the description on the main page for all who contributed and helped with this project.

So this is only for a mod for UT'99? Not for normal Unreal RTNP?

To clear things up, RTNP:UE is ONLY for UT99, while the high-res skins pack (UnrealHD) is for both Unreal 227 and UT99. Maybe one day RTNP:UE will be for both games, but you have to understand that the initial goal of this project was to have a proper conversion of RTNP for UT99. The extra content like the beta levels, beta skins, and bug fixes came later.

You really should have a copy of UT99 if you enjoy SP content, because otherwise you are missing out some really good custom packs like ONP, Xidia, Deja Vu, and more.

Has there been any progress on getting it working on Unreal? I like having Unreal or Unreal, separate to UT99 for a few reasons. I'd love to play the new maps.

Yeah UT99, anyways very few people does have an original RTNP since now RTNP is bundled with Unreal in Unreal Gold.

So UT99 is a better choice to adapt SP mods to be honest.

Dude, i've been a big fan of this mod for a long time since your first release, fantastic job once again! I was just wondering if you could tell me where 3 tracks play during the game? After 6 play throughs i CANNOT find them:

If you could just give a level name that would be fantastic :).

Hi, these are the maps that use those tracks:

Commencement (zxu97OrchtestAction.umx) - used in Arcane.unr, near the end of the map as action music when you fight the Krall Lords.

Vantage Point (zxu97Orch3.umx) - Actually, I don't believe this track is used anywhere. I intended it to be used in Arcane initially, but changed it to Solitary Silhouette instead. I guess I simply forgot to delete it from the zip archive!

You star, thank you very much bud :)

I've installed the mod, and like it. I have one odd bug, though - there is no log entry and kill count between levels. It's not a huge issue, but I was used to it in the original RTNP. There's one place though, where it's a real issue - if I try to start from the very beginning of the game, it all plays through until I'm in the little room, level titled "Briefing". No audio or visual briefing ever happens, even if I wait 15 minutes, all I can do is pick up the equipment and stare at the 4 walls. So I have to start with the map Edge of Na Pali, or I can't go anywhere. If I play through Edge of Na Pali and finish it, I walk into Neve's Crossing - no log entry, no kills. I am playing it on Windows 10, 64-bit, Build 1803, using the version of OpenGL recommended.

Can confirm this is now happening to me, dunno whats happened :S. I No log audio, no intermisions and im stuck in the briefing room. Pick up items and nothing happens, no text no lights turning off nothing.... Hardware sound also isnt working so no reverb effects and echos etc even while running through UT...

Edit: The intro works if you load it up through UT and NOT the mod, however then it just plays UT music instead of the na pali stuff... I think you deleted the start trigger in the briefing room when you went around and took out all the intermission stuff. Either way the mod is now unplayable unless you skip the intro ENTIRELY and start at Edge of Na Pali

I was able to stop the problem with getting stuck in the briefing room. I had assumed that since part of the installation instructions included installation of Oldskool, I added oldskool to the mutator list when starting a new game. When I DON'T do that,I can pick up the items, the lights turn off and the text briefing starts - and I am not trapped in the room. I have never had audio logs or kill counts - I just decided that has been discarded. That is my fix for getting trapped in that room.

There are no bugs with the intro, I assure you. Did you use method #1 or method #2 to install/play the mod? Are you using a player besides the Upak player? If you selected a player other than a Upak player, the intro probably will have problems. The player selection menu in the "new game" section will not allow you to choose another player, but if you try using some other player setup menu, you might be able to change it to something other than a Upak player.

MarkTwain, you are correct that the oldskool mod should NOT be added to the mutator menu. You only have to choose "enable the RTNP menu" and start a new game. Oldskool is only needed for the system files.

Also, there are no more intermissions. I took out all the talking, because it was complete garbage and inconsistent with the original Unreal. The story is far better without the logs, and most people felt it was part of what held back RNTP.

The kill counts can be seen by pressing F1 at any time during the game.

I sent you an email on this topic, but I guess you never got it. Anyway, recently, I installed Return To Na Pali: Ultimate Edition v1.1 HD on Unreal Tournament 99.

After installing it, I launched the game using the shortcut .bat program that came with the update. At the very beginning of the game, where one is standing on the raised metral platform, I noticed that the mouse does not work properly. That is, it does not move at all (can't look around and direct movement). The two fire buttons work. One can shoot.

The other keyboard controls work (forward, back, side to side arrow keys, fire using left mouse, etc., just no mouse movement.)

In the Ultimate Edition section, In the Preferences options, where the mouse arrow pointer works, I set the mouse to use the same settings as those in the regular UT99 section. The mouse doesn’t work, as indicated.

I tried the other settings, Direct Input, etc., but no combination of settings enables the mouse to function properly. It does not cause one to be able to look around at all.

I have a basic 3 button Logitech mouse, with no mouse software installed. I even purchased another mouse, a Microsoft mouse, but I get the same results. That is, it also doesn't work, same problem as the Logitech mouse. I've tried using a different USB port, too.

Maybe you have some idea about what should I do about the mouse problem?

Edit: (1) In an attempt to fix my problem, I set the Security for this mod to allow full access for everyone. That didn't help.

(2) When I launch the game, and I select Run as Administrator, I get the message "Batch file should be placed in the UT99 root directory."

I believe that the batch file is already in the UT99 root directory. It's placed there by default, as far as I can tell.

I launch the game normally by just clicking the .bat shortcut from the desktop. It launches properly and I can select options as usual.

I fixed the problem where the mouse wasn't working. Not knowing what else to do, I reinstalled everything. That fixed it! Mouse is now working. Go figure.