The follow up to the Campaign update. Minas Tirith.

Minas Tirith the great Fortress city of Gondor towers over the plains of Pellenor.

Starting off the first thing you'll likely notice with Minas Tirith is the new walls.
They are 40% taller and the textures have been tweaked to look better the walls give a great sense of scale to the city and the battle.
Accordingly the Siege towers have also been made taller.

The third level of Minas Tirith is also now opened for players.

The map itself has been made slightly more narrow so that the map is easier to fill with enemies so the map isn't so barren during the siege.

The Pellenor fields have been given some work as well with retexturing and grasslands and work being done to the various features.
The stream has been added in, there's been some changes to the Orc Camps and work is underway to update the Dock area and to add in the border of Osgiliath's ruins.

The farms can no longer be taken by the enemy since the Lumber Mills served no real function since Mordor don't need resources.

The battle itself is also being changed up a bit.
Before Mordor approach you are joined by Forlong of Lossarnach and a company of his finest Axemen.
Shortly after the Prince of Dol Amroth Imrahil joins alongside his knights.

To better capture the feel of a siege Postern Gates have been removed and you can't build the Stables or Cavalry instead you'll have to rely on the Knights of Dol Amroth and any Cavalry you bring in with you.

The Workshop is also unavailable instead you get free wall Trebuchets on the second level and the Fire Stones upgrade can be purchased at the Forge.
Various units have also been balanced for this stage.

The Enemy is also getting some changes.
Bigger attack waves with a wider variety of unit types is just the start.
The Mumakil now get summoned a bit sooner so that they come shortly after the Rohirrim they also arrive further north closer to the Rohirrim and go straight for them.
Siege Towers are now tougher to kill even with Trebuchets so keep an eye on those walls.

The Haradrim and Easterlings bolster Mordor's forces with new units including a Haradrim Cavalry charge against the Rohirrim in keeping with the books.

I have a whole bunch of new ideas that I'm working on for this map that will blend elements of the books and the movie together and I hope will make this the best Siege of Minas Tirith ever.

The following screenshots were taken during development so somethings are out of date compared to my current version. 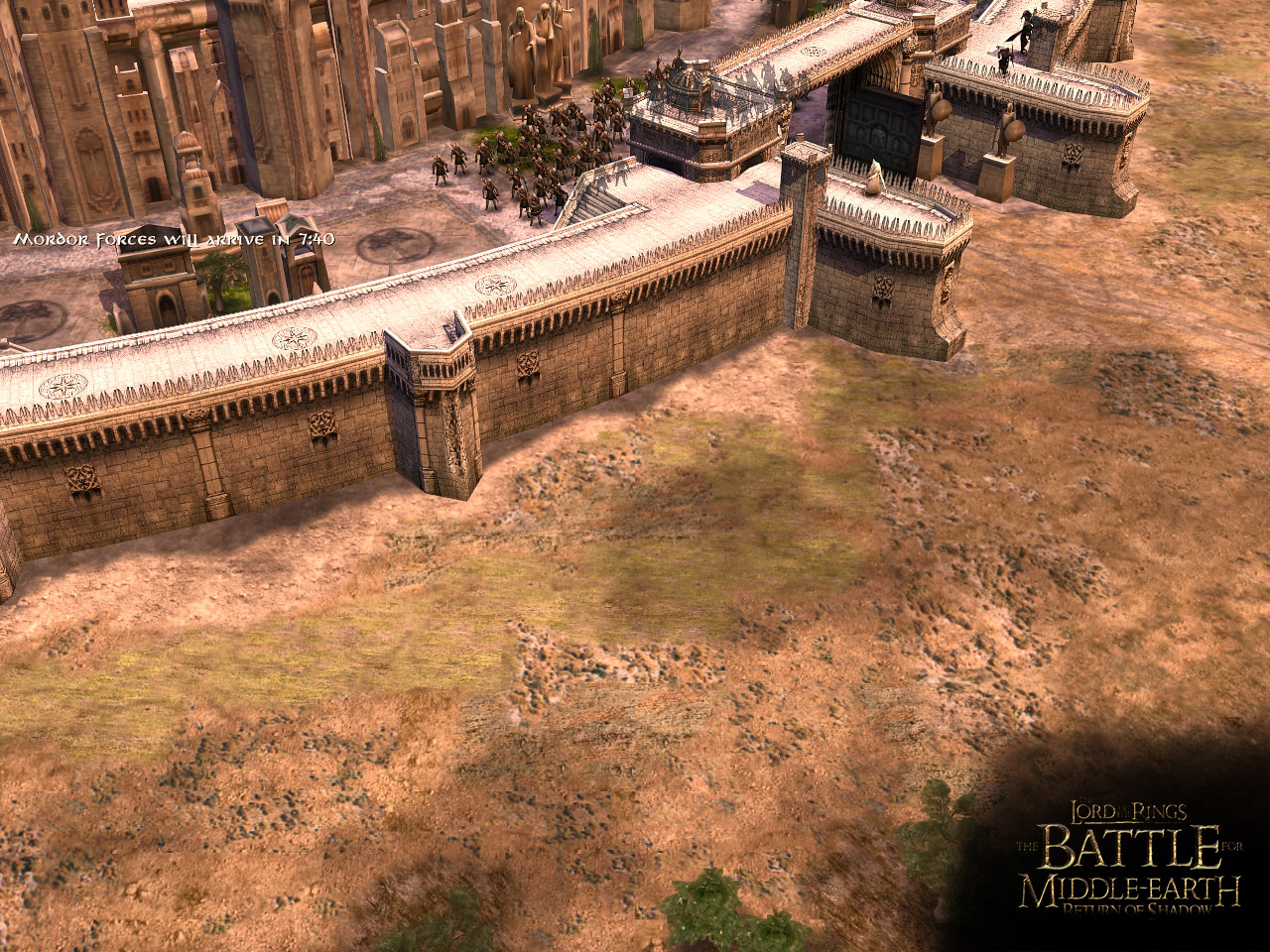 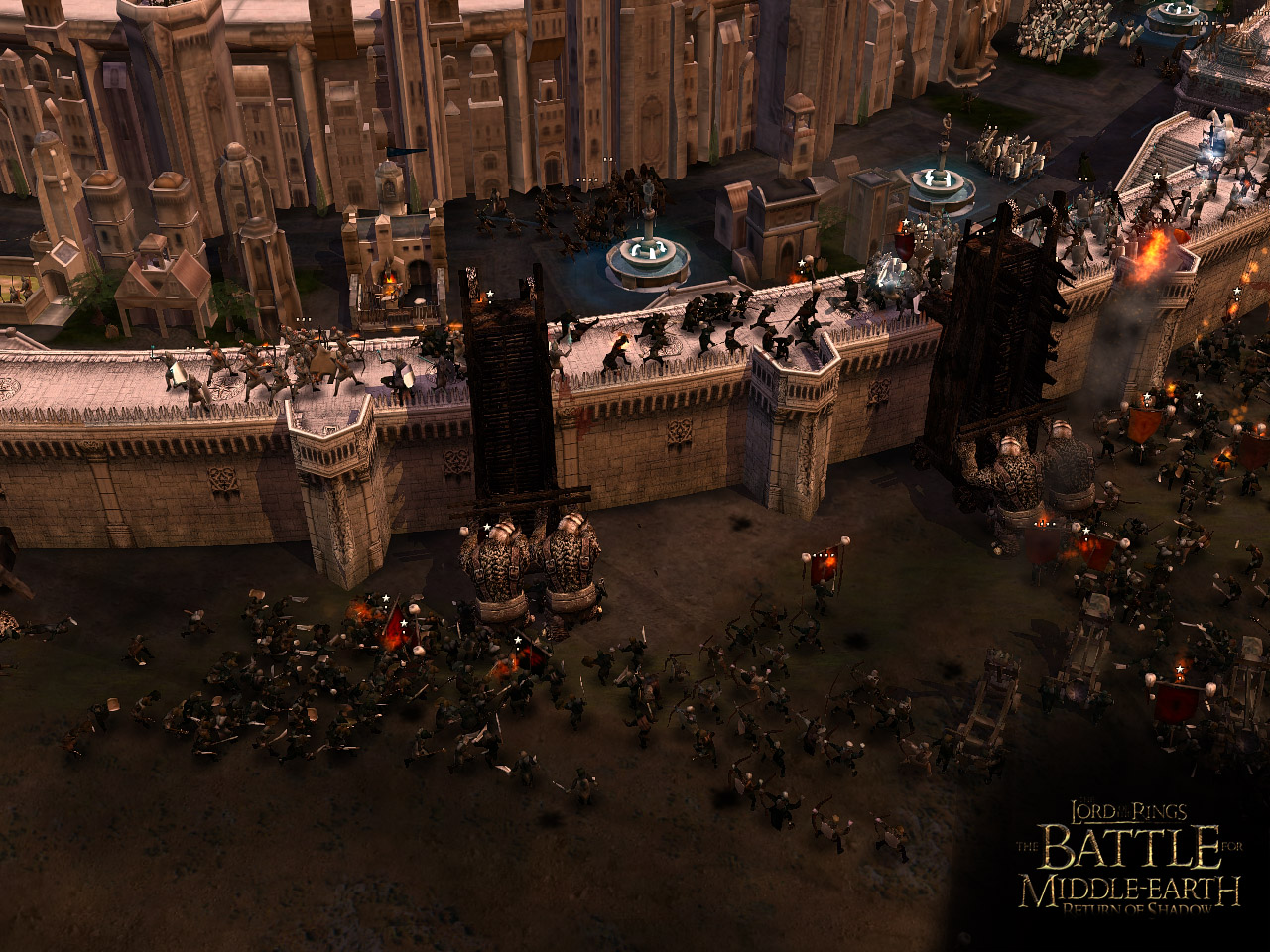 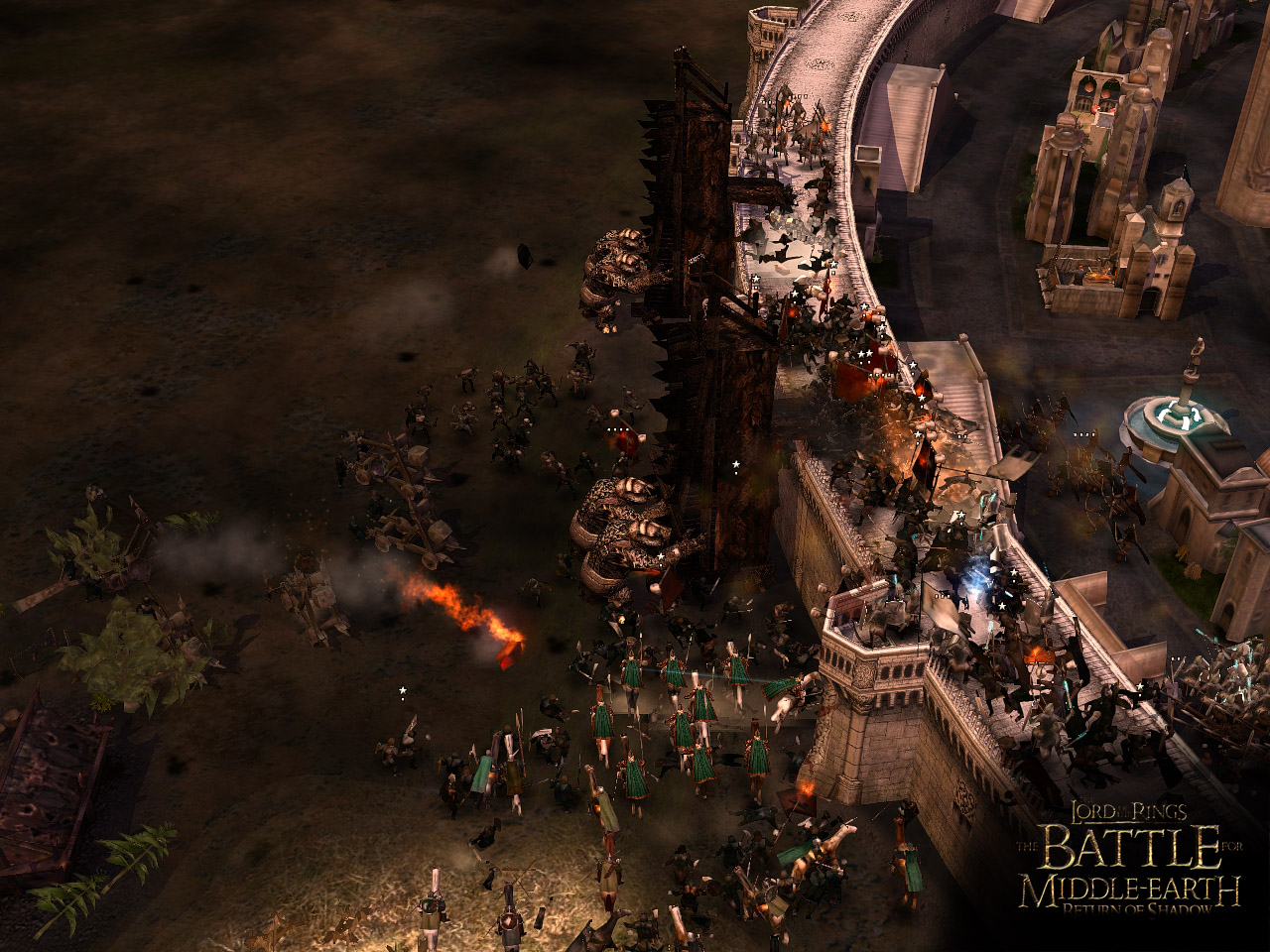 This is brilliant! Excellent work :D

This interesting proposal, maybe bigger more like the movie with the system siege