RETSNOM is an inventive pixel art puzzle platformer that allows players to break the map, by mirroring sections of the level, and rearranging it on the fly.

Hello, everyone who follows this post. I'm SOMI, the lazy, solo developer.
First of all, I really thank you all for your support.
And I want you to know that the development is on-going even though there's no post about it.
It's been about 50 days since the first day of this green light post. I know that it's not easy to be greenlit, and I believe this period can make my game more polished.
I'll keep working on it. So please, keep an eye on RETSNOM and tell your friends about it. 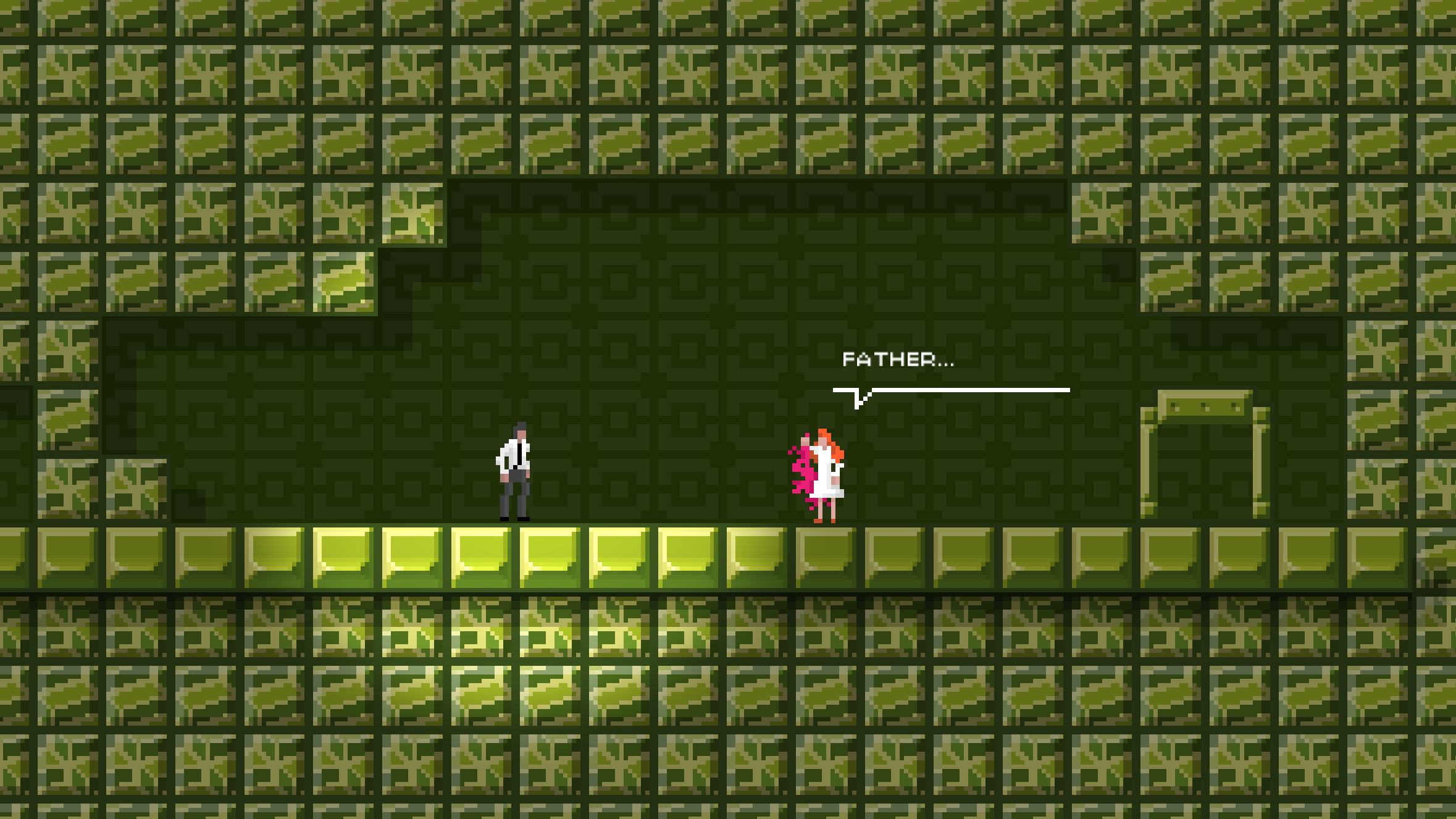 One more thing. The latest demo build version is 0.73. Many bugs are fixed and I bet you can feel more comfortable when you control the main character in the newest build.

Interesting game you have there, the animated gif really sold me on the concept. I downloaded the game and tried it out. Here was my experience.

Controls: I wasn't a fan of the weight of it it felt a bit less responsive than I'd like, but I don't think it was problematically so. I just felt like the pre-jump wait didn't really add anything. Also, my XBox controller was supported, but jump and Y and there wasn't any flip as far as I've gathered.

Obstacles: I didn't like the monsters, because I came into this game for the puzzle aspect and it didn't feel like it integrated well. Likewise, I really didn't like the timer, I don't understand what's added to the game by timing it. It's entirely possible that I had the "demo mentality" where I didn't really want to get into the theme of it. That being said, I was able to get into The Switcher, so Im dunno.

Flipping: Loved the concept, it's definitely a game that will live and die on the level design, but from the little I played I definitely saw the potential.

Info boxes: I would remove the "press to get an info box" and integrate it as a pass in front. It feel like a game where I don't want the flow to be slowed down, like Braid or other similar puzzle games.

Checkpoints: I felt there weren't enough. I stopped after falling in a hole on level 3 and having to redo everthing. It completely killed the game for me because I felt like I had wasted my time and died, where again that wasn't really the kind of obstacle I was looking for.

Flips: I might add a limit to the number of flips. If there is a cap, maybe it's too high in early portions. You can probably create more interesting level designs with these kinds of contraints.

Music: Sounds nice, but I wish there was more variety. After a while I felt I had heard it and was ready to move on. It wasn't subtle enough for me to be ambiant and forgettable (in a good way).

I'm highly critical I know, but I actually enjoyed what I played. However, since it's a fairly minimalist game, I do think it might need a bit of refinement on controls. I also think that since it's so minimalist in presentation, not everyone will be able to get into the theme of it, which is fine but you might want to account for those players who just want to flip around.

That's about it, good luck on your game!

Thank you for the review. Most of your critics are what I'm trying to fix. I'll be back to you as soon as possible with an enhanced version of the game.

Here's some improvements till today.
1. 'Controls: I wasn't a fan of the weight of it it felt a bit less responsive than I'd like'
-> I've removed the weight of jumping.
2. 'I really didn't like the timer'
-> There's no more timer.
3. 'Checkpoints: I felt there weren't enough.'
-> I've added enough checkpoints. (It was a very difficult work for me, tough.)
The updated version(0.8) is now available. Thank you for the review and I'll keep working on it.
SOMI