Here is a translated update from www.stalker-roh.ru, as you can see. The alpha testing has resumed, but we can't make it open just yet. So hold onto your rifles and vodka for a while longer. Sorry for the delay with the open testing.

Good day to you, stalkers!

- Alpha testing is in full motion! Some of the first found bugs and errors are being fixed as of now. Also, work on optimizing the game is ongoing.

- We've already implemented the famous "Absolute Nature/AtmosFear" addon (made by our friend Cromm Cruac) into our client, and we're not stopping at that - graphics in the game will not remain unchanged.

- We're working on fixing and editing the standard animations.

- We're making changes to the location compiler and SDK for faster results and larger maps.

-In the last update we talked about optimization: the game runs on 330+ FPS on a medium computer and even with all the setting tuned up, the fps never goes under stable 30. All the graphical implementations that improve the graphics won't slow down the game at all (for all those who were worried about that).

-We're using different model packs so all the map will have different and unique places with different structures and vegetation (based on realistic placement).

-We're preparing the quests for the Beta stage and soon we'll have our professional voice actors working on the localization. We'll talk about that in detail later. 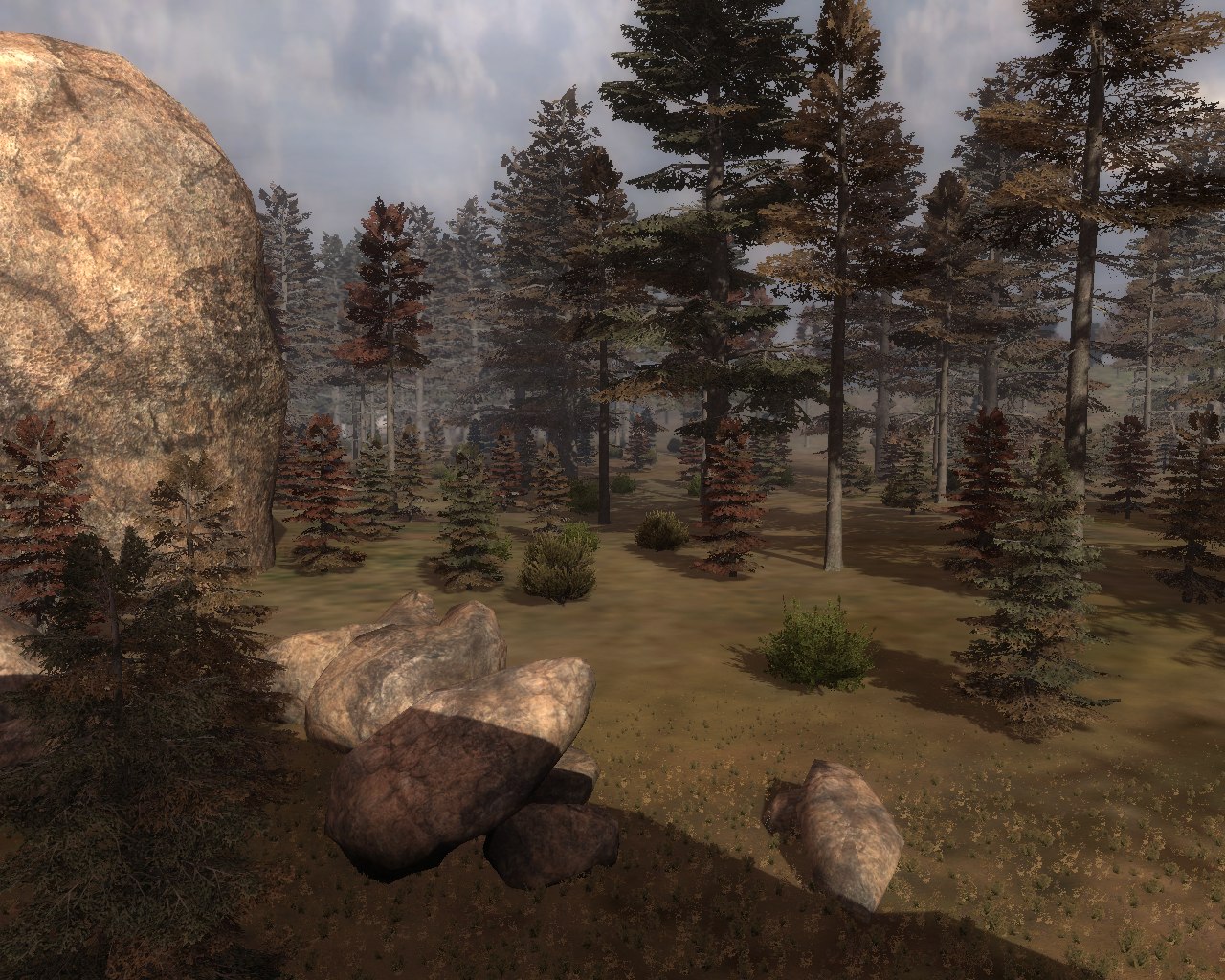 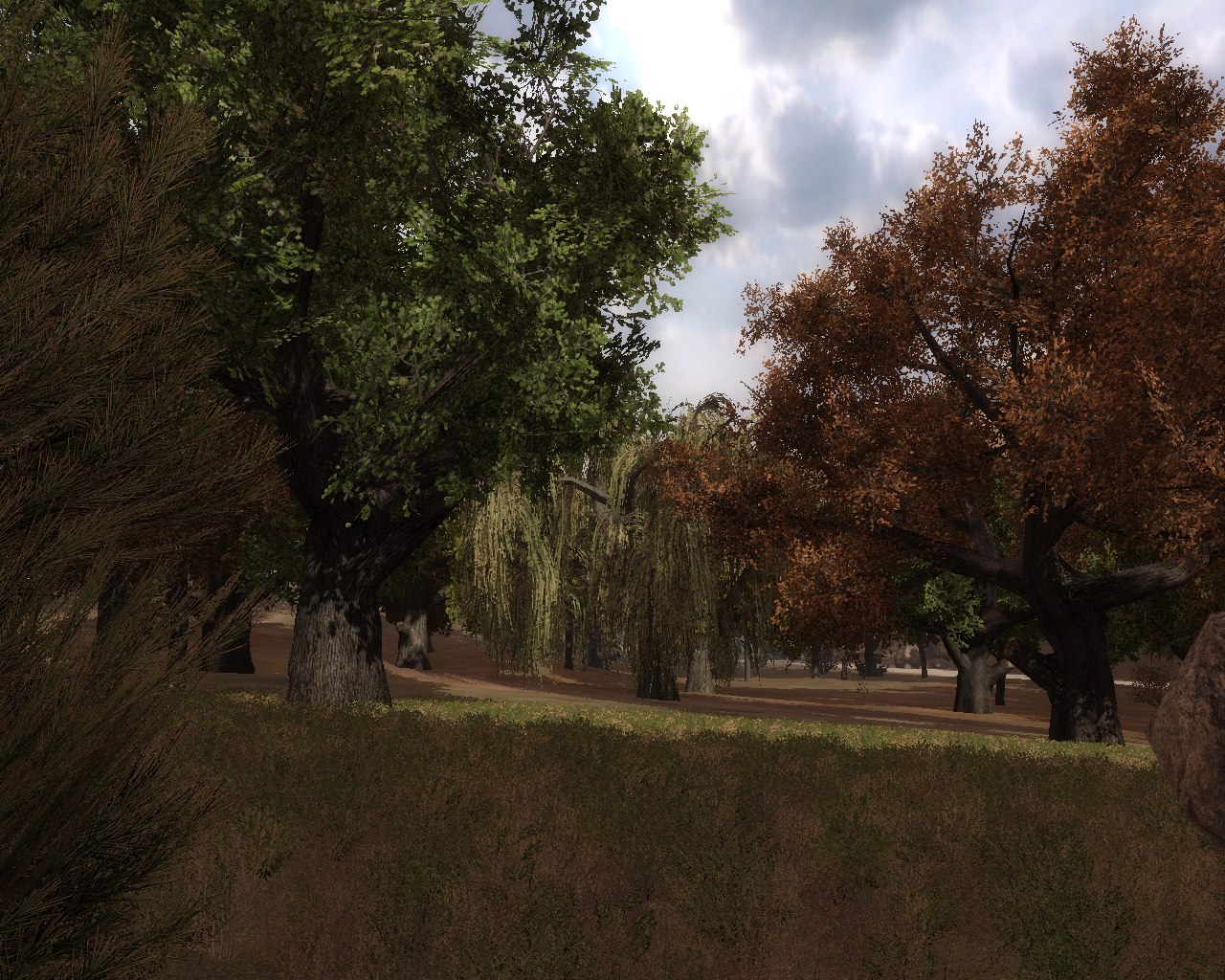 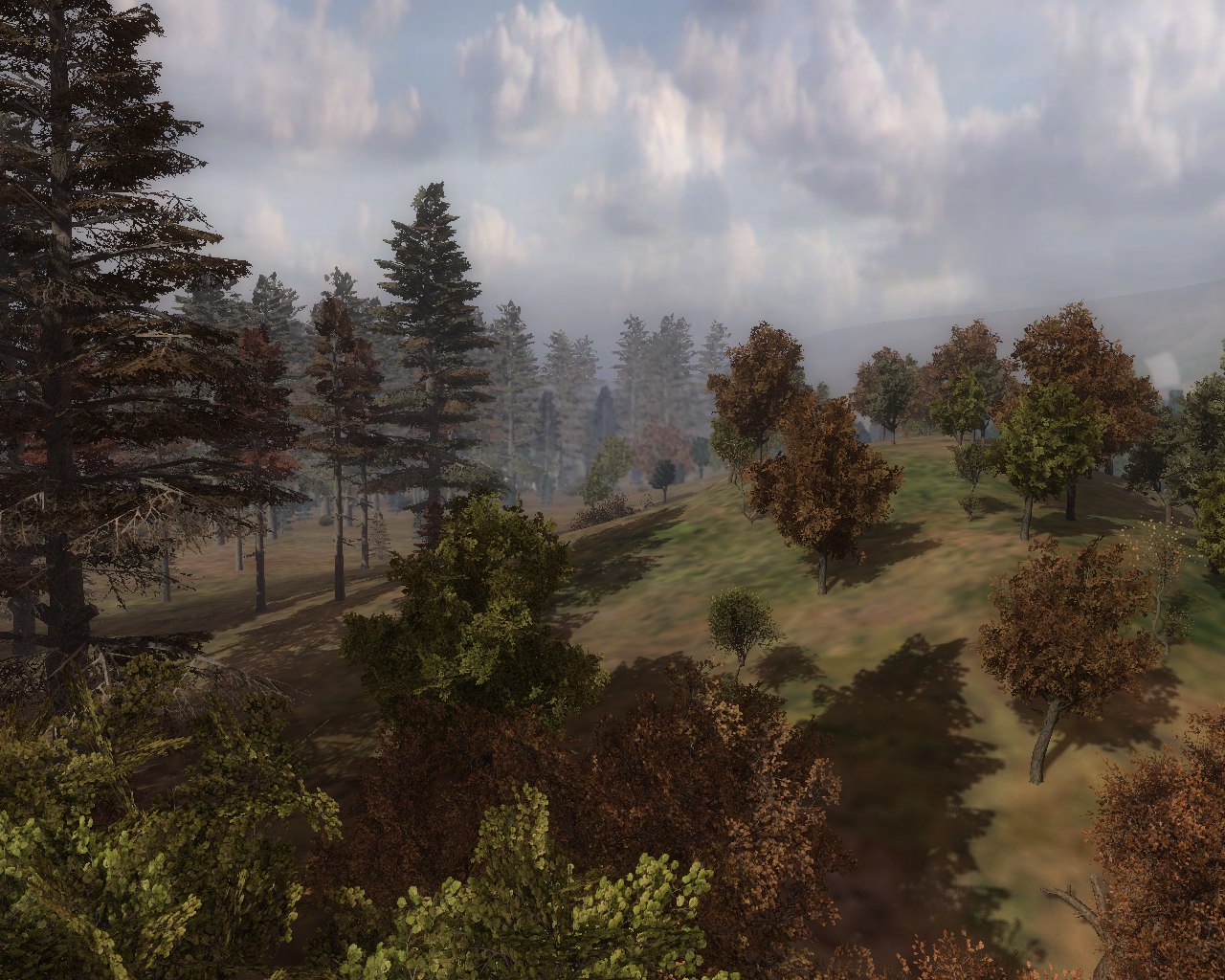 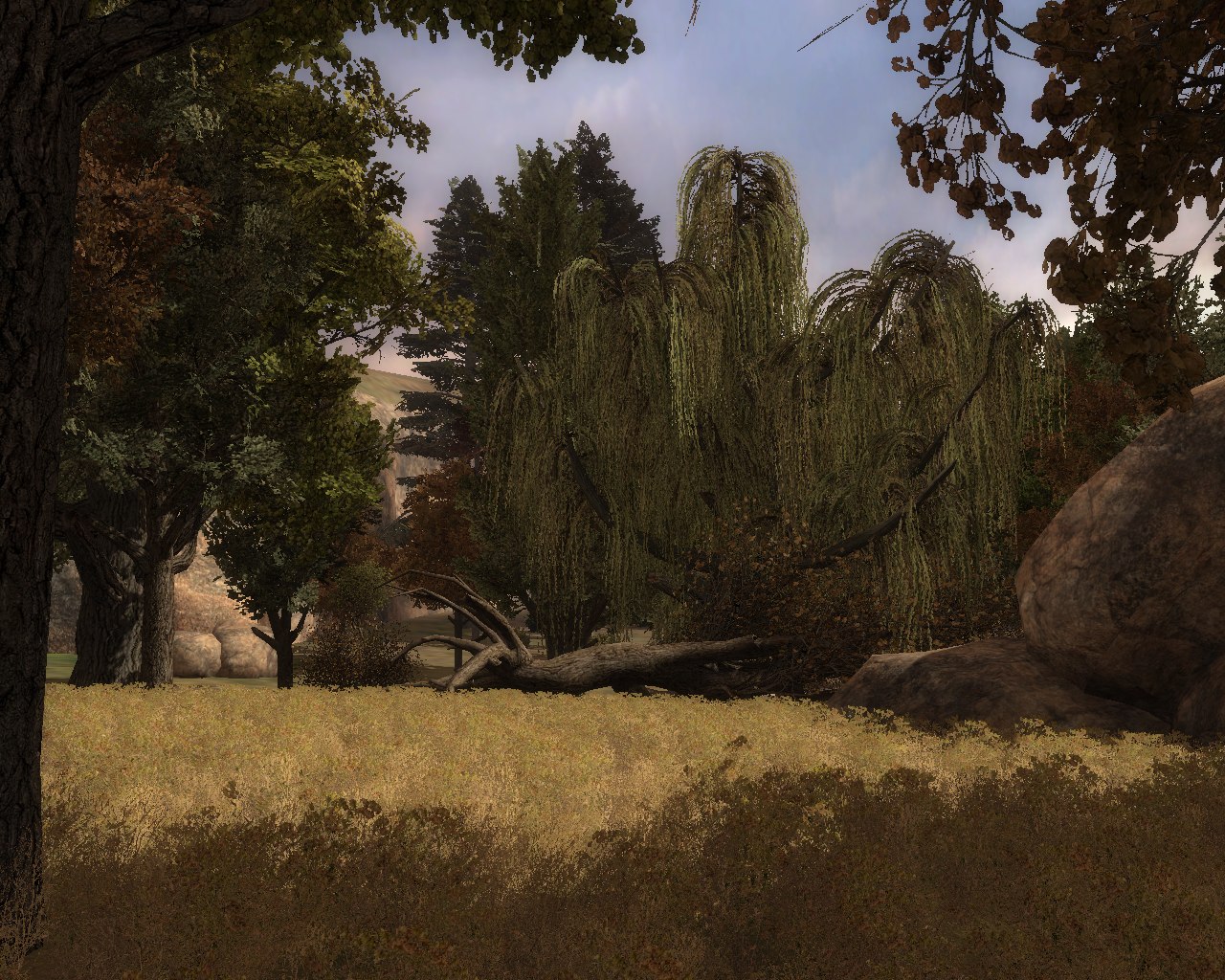 Are you russian modders?

Yes, we recently went international with ModDB and Facebook, english version of the site still needed to be put up. Also game will be on russian, english, polish and italian.

What specifications does your medium or low computers have? I wonder if one of our friends can handle this.

Did you read my message at the screenshot where you asked if these are low settings. Well I copy paste here too just in case.

"A weak computer on the team is with 256mb VGA and 2GB RAM, a powerful one is with 1/2GB VGA and 8/16GB RAM. And our powerful one can run it 60+ FPS easily and the weakest one runs 30fps steady on medium at least. Or even high settings." posted this last night, also we got multi-core support. This should be medium, but as you can see some textures are not finished yet, that's why the ugly textures at some places."

I saw it hours after i posted the comment above, i couldnt edit it because of theh 5 minute limit. But then again, i guess more people will see it which will eliminate questions.

Can't wait to test this out :)

This is going to be the best thing to hit video games since pong.

The best thing that hit video games since stalker ;) pong is awesome but hey, not enough vodka.

What's a game without vodka?

All the best wishes for you!

Will we have to connect to a server or will there be a listenserver built into the game so we can host ourselves?

At first you have to use our servers, later you will be able to host your own.

that is great news. I play a lot of cooperative games offline, this is what I like to use. Will the dedicated server be Linux compatible?

If this is half as good as it sounds, you guys you should either join GSC after they are done with Cossack 3 or make your own game.