Today we are very excited to reveal the future of Resident Evil: Cold Blood.

The road to Rebirth has been quite a bumpy journey - starting with the resurgence of Cold Blood "Beta 3". The limitations of the GoldSrc engine had become readily apparent as early as the Beta 2 development days, but that's not the whole story. While we hold the original Cold Blood with high regard the technical debt was substantial. Decades removed from it's creation and with years of collective experience now we found ourselves fighting the old codebase as much as we did wrangling an FPS engine from 1998.

This sets the stage for the first 'Rebirth', a complete rebuild of the mod from the ground up on the Sven Coop branch of GoldSRC. While this did help alleviate a number of hard limitations when it comes to world size and complexity we still had a number of hurdles to work over. AI pathfinding in GoldSRC left a lot to be desired and the engine, even with higher limits, still choked heavily under the load of larger open urban environments. Even with modern computers performance issues alone would leave some environments nearly unplayable; with the only option being to lower complexity of characters, weapons and other objects while closing up the more open arenas. In late 2020 we had to face the light; do we compromise on the vision to produce something playable and consistently enjoyable in the engine we grew up with and held with such fondness, or do we broaden our horizons? 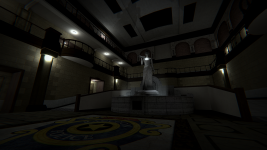 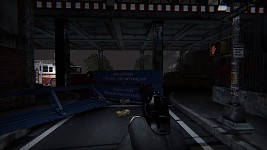 Today we are very excited to reveal the future of Resident Evil: Cold Blood. Over a year of work has been put into helping elevate the project beyond "Just Another Mod". Resident Evil: Cold Blood Rebirth is a six player cooperative project built on the 2013 branch of Source, with a completely revamped player movement and resource system. Manage an inventory , clamber over ledges and solve a multitude of puzzles as you fight to escape the epicenter of the Raccoon City incident.

With the release of our first trailer we have passed a major milestone for the project. What you see is all multiplayer gameplay, from both cooperative story and Mercenaries scenarios. While we don't have a release date to announce at this time we will be bringing more frequent media updates as we march towards the first build.

We want to thank every one of our fans for sticking with us during this extended development period. It's your support that helps drive We invite you to check out our Twitter and YouTube channels as well as our brand new Discord server dedicated to Cold Blood. We hope to see you soon! And until next time, just remember - it only takes one bite!

Wonderfull!
But, a quest: "How will be the Copperative mode? Online, or coop local?"

Viewmodels (especially the 9mm) needs more fov, like they're so much in the face. Also some animations could really use some work.

Weapon field of view is a player setting, like mouse sensitivity or resolution. It can be changed by the person playing so when it's released you can set it however you want.

Good to know, thanks!

The mode has my curiosity. But I have a question. Are you fine lads by any chance in need of voice actors for the characters?

If so could I offer my services to you?