After 2 years, Barry's Mod has finally been updated with a whole bunch of new features,

fixes and improvements. Experience the survival horror one more time in a new,

I have removed the use of two Magnum weapons as this was a poor choice of gameplay.

Now there is only one which you will start the game with.

You will now take several new routes through the game in order to find
keys, health items and other resources.

Many of the item locations have been changed to provide a new fresh experience.

The solutions to two puzzles have been changed.
One in the Spencer Mansion and another in the Arklay Research Lab.

I have removed the choices the game provides which can affect how the game story will
progress. The reason for this is that some choices have no affect on what happens and
I also wanted to force Barry's Mod to have both the 'Good' and 'Best' endings available.

I have added names to the cutscene text to provide clarity on who is talking and when.

You will now be forced to fight the bosses in Resident Evil. Many advanced
players would simply run passed or use speed running techniques to avoid
fighting the bosses. Now you will need to stock up on supplies and prepare for each battle.

Added my introduction logo which is based off the Capcom original.

I have changed the character and monster textures back to the original
1996 versions for the sake of authenticity.

I have also changed the music and sound effects back to the original 1996 versions
for the sake of authenticity.

I have tweaked the damage certain weapons will do to certain bosses. The reason for
this was because I felt some boss monsters felt far too easy to defeat. One example is
the Tyrant now needing 6 magnum shots rather than only needing 3 shots like the original.

There are 2 bonus costumes for Barry which can be unlocked by completing the game and getting
the 'Special Key' which unlocks the closet room. 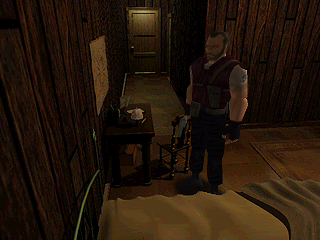 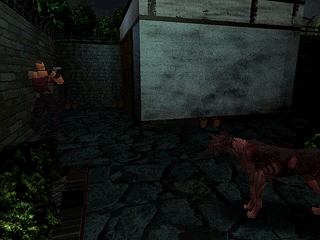 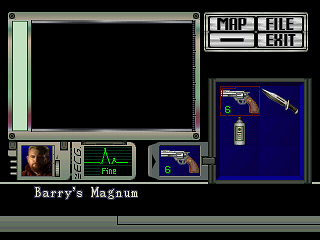 Finally, the original music is used, which is better than the later versions.