A look into this indie game project that I am developing using TGEA for a class solo project. 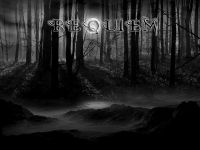 I have started a new quarter and it is full of game development. Later tonight is my Capstone class where I will be developing another Indie game. Tuesday night is my Ethics class. I had to have some kind of an education class this quarter. Wednesday night is my 1-on-1 independent class with one of my favorite instructors, Andrew Kolb. Andrew was an employee of our local game dev studio, Frozen Codebase. There he worked for two years before they had to downsize do to budget cuts, but he was able to have his name on two shipped titles: Screwjumer! and Elements of Destruction; both which were released for XBLA. And Saturday morning is my Game Dev Team class where we will most likely build another title as a game team seeing how there's only six students in the class, but some of them are lazy and non-dedicated students. So that class might be a disaster in general.

I had Andrew as an instructor for Level Design II last quarter so when my school tried to screw me over by not offering a certain class pushing my graduation date from March 2010 to June 2010, I knew I had to do something. Luckily I had the prerequired class GD330 last summer because last quarter they offered GD400 Game Interface Design, but when I received my class schedule it wasn't on there. I ask the Registrar if there another core class I am missing this quarter that might not be offered next quarter, because ITT has a habit of doing that. Turns out there was and I missed the class and was able to pled my case for an independent study class with a game instructor. Andrew was my first choice because of his experience and I loved his teaching methods.

I pitched two game designs that I wanted to do this quarter, one being the other title I will develop later tonight, and one being this title. The class is Interface Design so Requiem was the better choice seeing how the other title involves no custom interfaces within TGEA.

For this title I started to use an old version of Hammer (3.5beta) because it is the only version of Hammer that is able to work with any TGE/TGEA version. You can set up Hammer to export the Worldcraft files into .MAP files and then compile them into .DIF files that the engine uses as a custom model or level. I am using Hammer 3.5beta for my custom assets because I already have the experience with HL2 mods and its easier then using Studio Max and trying to create the collision and boundry boxes around the objects. 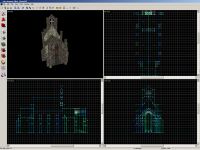 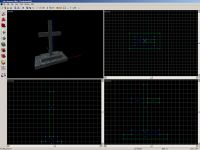 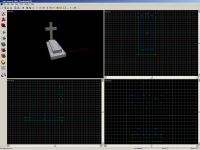 I will also being using a new dev tool I never even heard of; L3DT. Andrew will be helping me learn this tool so that I can create large open levels instead of using the crapy world editor within TGEA. Watching a demo video of the programmer creating large worlds (.TER files) sparked my interest in the program because of the all the tools you can use to easily build caves, craters, landmasses, oceans/lakes, etc. It is much easier to use then the world editor in TGEA to build .TER files and create mission levels for the game. The Pro version offers the exporter for Torque and the licence is only 29.99 for Indie. Trust me its worth it if you have ever tried to use Torque's built-in world editor. 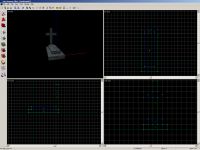 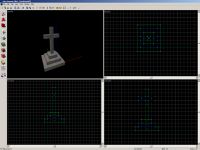 I am now in the process of building the custom assets for the game using Hammer and .WAD packages for textures. I have created the necessary tombstones for the graveyard section of Heritage Hill. This week during class I will be using L3DT to create the level and world. I will post screenshots of the game world when I have a working beta in process. 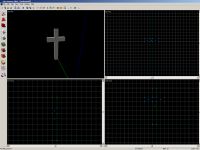 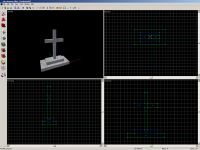 My classes are only 11-12 weeks long so I don't have long to develop this title, and doing it alone which isn't easy. But it is something I love doing and I hope to have the Heritage Hill level done with working pickups, triggers, background music, ambient sounds, and custom interfaces. Plus I will be developing another title for Capstone, maybe alone as well. We'll see how the Saturday class goes as I am 100% sure nothing on the team will get done.

Anyway, I will keep Reqiuem updated as much as I can over the next few weeks and I will be bringing you guys the next title as well once I get some custom models going. Thank you, for taking time to read this article. You may email me at evan_salas@hotmail.com or PM me here your questions. Thx!

I'm perfectly fine with Torque's built in terrain editor. (Unless you actually did mean 'world' editor?)

I never found an overwhelming urge to pick up L3DT since its just a polished terrain creator. In all of my Torque projects, I've mostly focused on DIF interiors. I might pick it up if you prove its really worth it.

I'd say your better off doing the tombstones as a DTS object rather than DIF. Using a large amount of DIF shapes will 'greatly' increase your re-lighting time, and with a UV you can get a much more 'custom' texture to fit the gravestone. Not to mention the ability to add a few extra polys..

Good luck on the project though!
Sorry if I sound like I'm complaining, I'm just offering my 2 cents.

not at all. i'm going to create larger scale tombstones/statues for the graveyard using Max and UVs. I've never used L3DT before so I am looking forward to using it. Maybe it will work out? We'll see, thx...

I'm looking forward to it too. It always interests me to see other Torque devs, since there are so few around Moddb.