Lot of stuff was added in this report. The additions were mainly improvements in the mechanics, but there was still time to add two more aircrafts.

This report is a combination of multiple updates released in this and the last week, so it has bigger changes than usual.
There is a lot of stuff added in this report, the drawback it is that some new features have no in-game example.

Thanks to the “Bornoser” suggestion, it was added more field to the metadata, such as crew count, all-weather, if is capable of refueling or if it is carrier capable.
These last two will be useful once such mechanic are available and for future campaigns.
The new metadata parameters are not yet usable in skirmish, but they can already be used to trigger events in the normal missions.

it was added more types of weapons animations also was added the possibility for the projectiles to be attached to the weapons containers.
This is actually the mid step for the bay doors.

In order to test this feature, this fictional weapon was added: 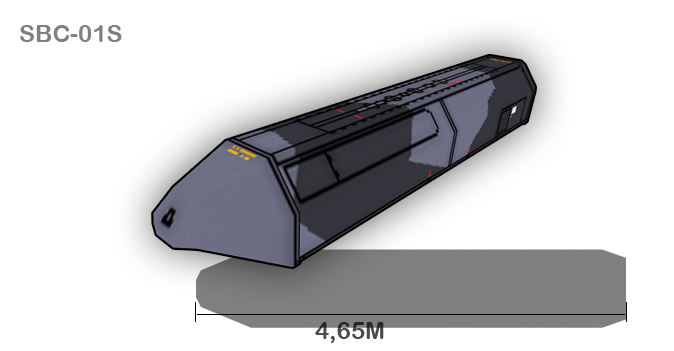 It is a bomb dispenser, it can hold six MK-81 bombs stored inside the container.
The idea of this weapon is to reduce the radar signature (for when the stealth mechanic is implemented) in using bombs in the external loadout.

An in game screenshot of the weapon being used: 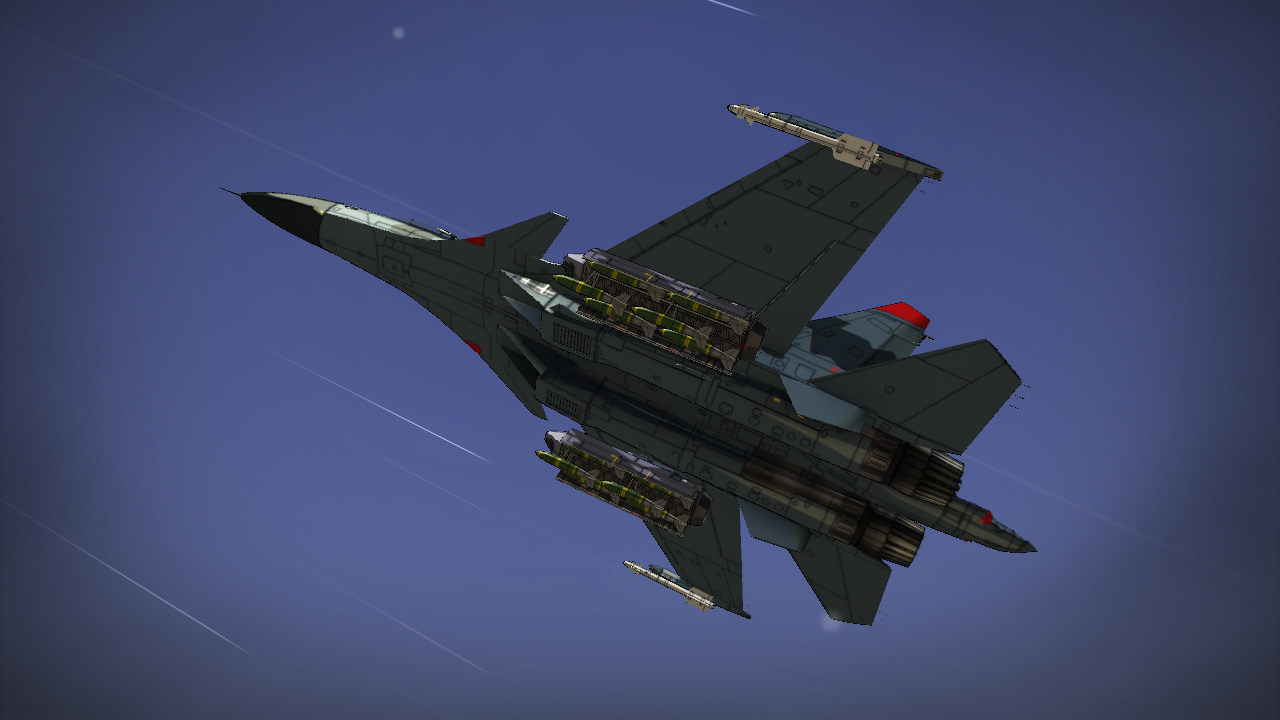 Like other fictional weapons, it is not immediately available to any aircraft and requires the user to mod a unit to be able to use it.

While this is a small detail it helps improve the overall feel of the game. Now AI players have their weapons visible like the payer aircraft. Low specs PCs were taken in consideration, and these details have unnoticeable levels of detail to avoid affecting the performance.
Later it will be added in the display option the possibility to configure the visibility. 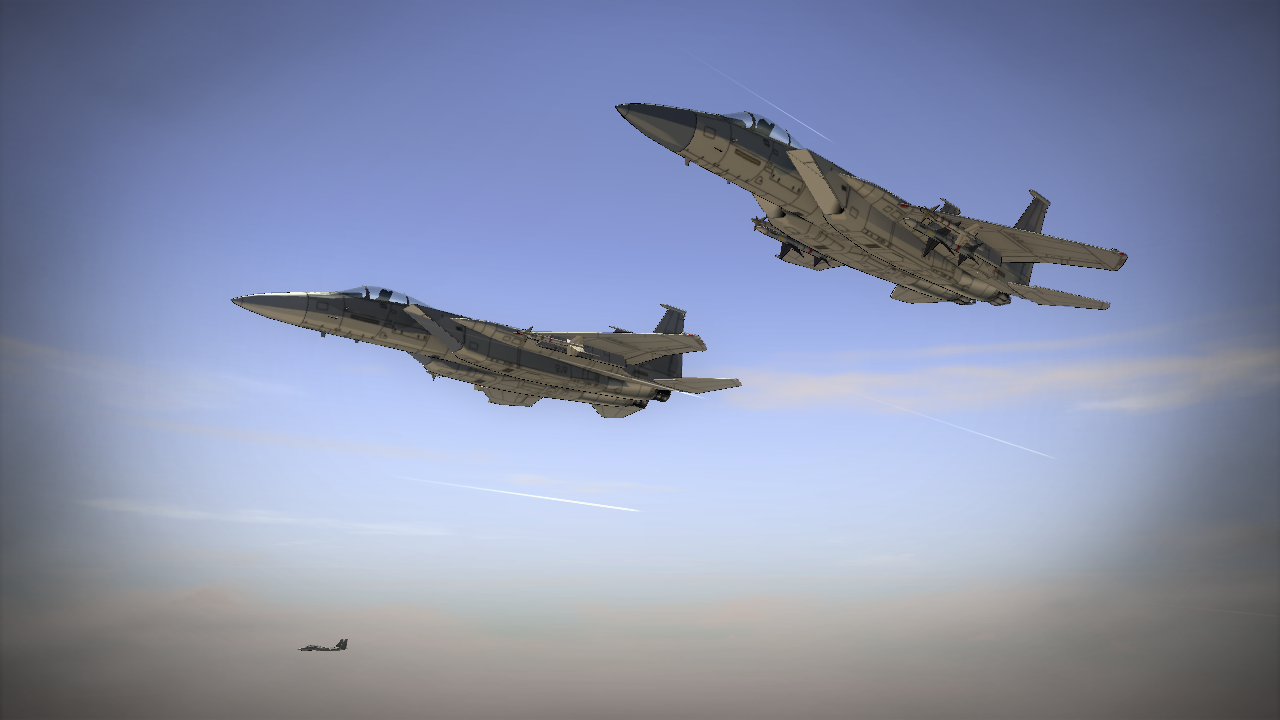 Video Cutscene
There’s not much explanation needed for this type of cutscene. But be warned, currently this cutscene still need more work to maximize the compatibility of the video files. For now, it will only plays AVIs files and it is a bit selective in the codecs it can play.

Novel Cutscene
The novel cutscene is a type cutscene that plays around with text and artwork with or without motion.

To help you visualize what it can do, (to ace combat players, it can make cutscenes similar to the ones in AC4), it can tell stories with still images, simulate the reading of documents or it can even mimic the splash screen of the game.

Dialog Cutscene
The dialog cutscene it is basically a visual novel type of cutscene, for those who may not be that aware, it emphasis character interactions by displaying a still image of the character that can assume different poses and expressions depending of the context of the situation.

For now, is far from being able to mimic a full-fledged visual novel, but as it is now, it can already do all the basics, like having multiples characters on screen, changing expressions, play sounds, musics, change background, etc.

(Note 1: unfortunately, due to time constraints it was not possible to create a showcase of examples of these cutscenes to be included in this update)
(Note 2:While there is no example available, there are templates in the game files and tutorials will follow shortly)

There are more cutscenes to be added in the future, one of them is the most useful, in-game cutscene, that will allow the creation of action sequences using the game engine and models.

This was desired to be added from quite some time. Normally it is unnoticeable, unless the pilot pushes the aircraft beyond its limits.

It plays a more significant role in in inverse swept wings like the Su-47 and large heavy aircrafts.
First for the swept wings, while this kind aircrafts are very maneuverable at low speed, attempting to do high G maneuvers at supersonic speed causes severe strain in the wings.
Before this update there was a significant loss of in speed, but now it will also damage the aircraft in the process.

As for the heavy aircrafts, they are more sensible to Gs, so attempting to maneuver them like a fighter will wear the aircraft.

This feature also subverts one usual tactic in these kind of games, that is climbing to high altitude and still accelerating drop down to pick up even more speed.
While this is possible, after this update it should not be attempted due the higher air density at low altitude will cause more friction than the aircraft can sustain, resulting in continual damage in the unit.

There were some small improvements and bug fixes in the voice system, but the most significant addition is how it is now loaded. Based how the skins now load, every voice will have their own folder to make it easier sharing and adding new voices.

Several people asked How they can add their own voices. The explanation was postponed because of this, this new system is a lot easier and clean. And to help anyone interested in adding they own voices it will be added a tutorial for that very soon.

And for mechanic that’s all for this report, there are quite a few significant additions, but there was still time to add two new aircrafts
These aircrafts are concepts that never were built.

The first one is one o the low cost alternatives to the F-22.
It is a modified F-15 based in on the F-15C variant.

It has improved avionics to and more swept wing with missiles hard points on the tips. 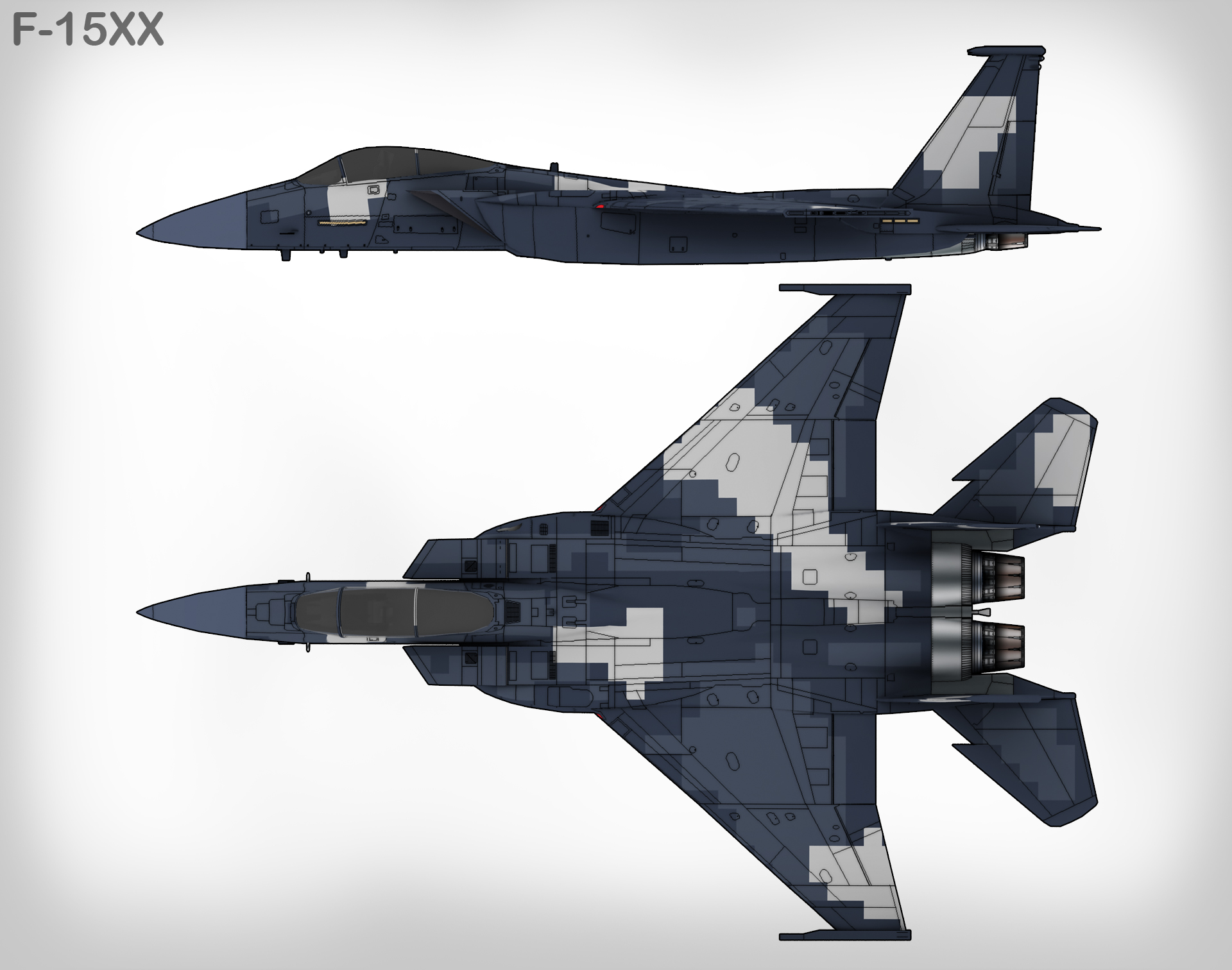 The F-15XX is suited for dogfight and interception.

The other aircraft it is the F-15U.

It is a version improved upon the F-15E, with no conformal fuel tanks, but more internal fuel. 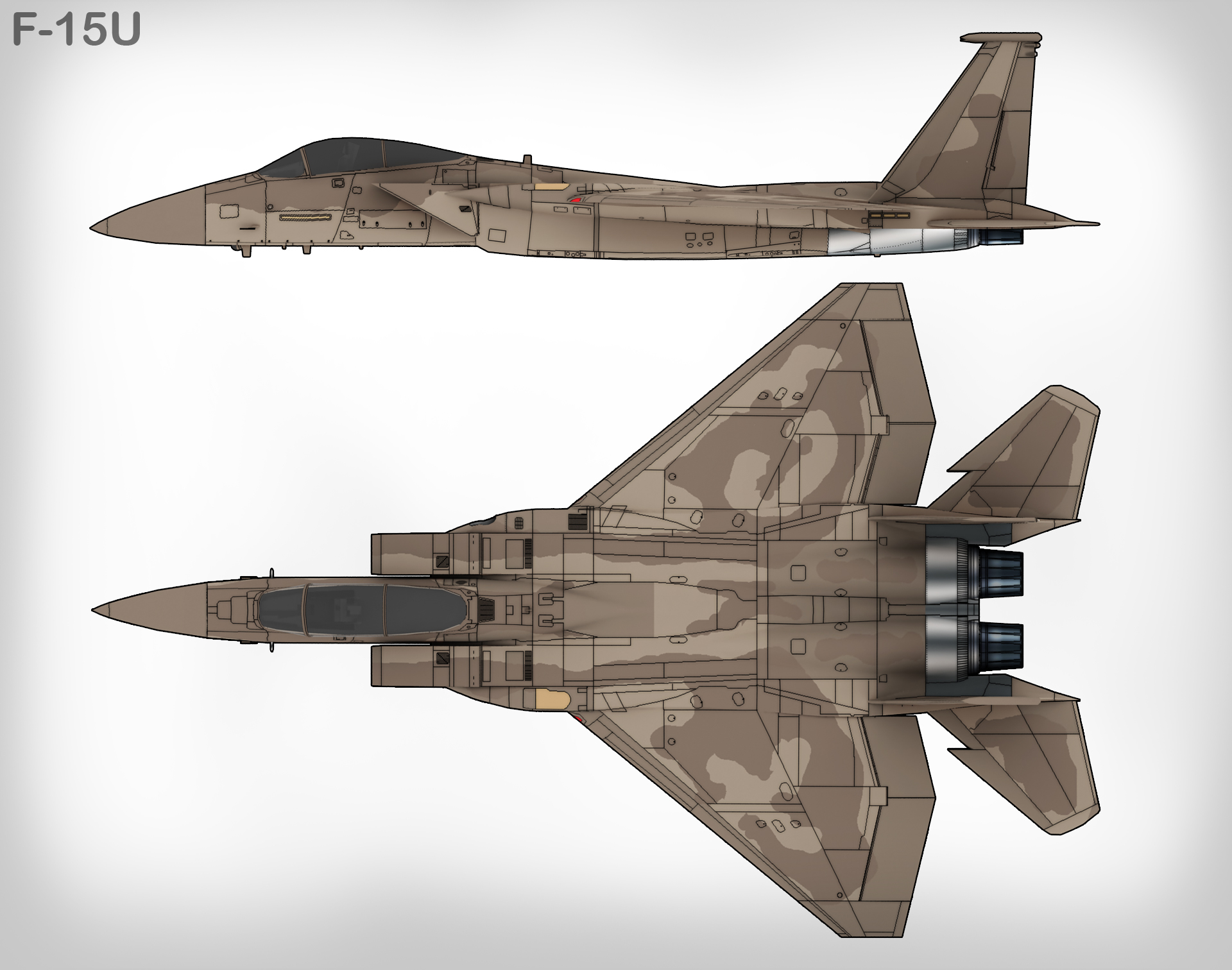 It has a lower radar signature; it doesn't need external targeting pods because they are now integrated with the aircraft.

(Note like other concept planes that were never build, the information is scarce and sometimes contradictory, these models were made in an attempt to be faithful to the most reliable sources or the more consensus information, however, it is not possible to guarantee that it will be 100% accurate to the true concept)

And finally, a preview of the next report:
(although there may be other updates before this report)

But can you guess what aircraft is this?

It was pleasing and very helpful to receive a significant quantity of suggestions about aircrafts that should be added, however in all of the suggestions this aircraft was not mentioned once.
Also surprisingly, this aircraft doesn’t have much attention from this kind of media either.

Is it a Tornado GR4?

Stress damage? I hope this game doesnt get too realistic. Rather play Lock-On then...
Or atleast make it like in racing games that you can turn on and off diffrent aspects. Stress damages sounds a bit too much for me. If I play Ace Combat I don't want to bother with this...but maybe I want sometimes? Make it selectable!

Yeah I agree. hopefully it becomes a gameplay option than a permanent mechanic.

I vote for stress damage as separate option too.

The options menu needs 'realism' option to switch between arcade or simulation gameplay options (as in most flight sims).

Don’t worry, the stress damage is actually very subtile. Even when using aircrafts more sensible to this, pushing the aircrafts beyond its limits for a lengthy period of time will most likely cause only some slight wear than actually any letal damage.

This system will likely be unnoticeable to most aircrafts, but it will be mostly used to explore some aircrafts’ vulnerabilities.

But about making it selectable, it is actually a great idea, it will be added that in the difficulty options.

I don't recall any Tornados with those small ventral fins; I'm going to go with the SEPECAT Jaguar. And I can understand why it hasn't been mentioned, I'm not all that attached with it myself.

I'm becoming more intrigued on that Flanker that's been shown in the past two Reports, I really dig the paint job on it.

These are certainly some interesting F-15 models, never seen them before.

Ah, it is the Jaguar. But I hope the Tornado is added in soon, it's a pretty cool plane!

I guess, it is SEPECAT Jaguar.

And apparently I found out from where you got that F-15XX design: Homepage3.nifty.com

Nice work guys!! As other said, I think it's a Jaguare too

Its a Jaguar. See for yourselves:
The-blueprints.com

The Tornado is missing some key features.

You guys never got back to me about the voice acting. When are you guys gonna let me know on what lines I need to recite?

If all goes well, tomorrow will be added all the information in the tutorials section.

For anyone reading this, the first part of the tutorial is up

The first new air-to-surface technology to come out of the former Grunder Industries facility after it was acquired by General Resource in 2020, the SBC-01S was a bomblet dispenser designed to inflict critical structural damage on non-hardened structures and vehicles with its cargo of Mk 81s. The SBC-01S proved its worth against terrorist targets during the crisis in Usea in 2026, however it was also officially discontinued after it was also found to have caused extremely high collateral damage.

I think its a Jaguar