Renegade X is an FPS total conversion mod, bringing the world of Command & Conquer to ground level. Our 0.55 beta has been released - check out the pretty images, video, and download today!

Renegade X is an FPS total conversion mod, bringing the world of Command & Conquer to ground level, on the Unreal Engine 3. Renegade X is currently a mod for Unreal Tournament 3, but the development team has since been working hard on a standalone version, to be released in the near future, using the Unreal Development Kit (UDK).

The 1 Year Anniversary of Renegade X!
One year ago today, on September 30th 2009, the Renegade X beta officially went live. And what a great year it's been! With tens of thousands of downloads, 5 awards, a steady playerbase and an amazing community, the past year has been great for Renegade X. We thank you all for your support, and we hope that our best days are still ahead of us.

Much has changed since version 0.35, and to celebrate our first birthday as a released mod, Totem Arts is proud to release Renegade X 0.55.

Renegade X - 0.55 Beta
Originally, the previous version of Renegade X was meant to be the final release as a mod for Unreal Tournament 3. However, after a necessary server move, the Renegade X server browser stopped working, and thus all players were facing difficulties in finding and joining servers.

Although it's rare to catch a dev team like ours with our trousers down, we are not infallible (though that would be nice). On the bright side, these technical difficulties gave us an excuse to release Renegade X 0.55. This should be the perfect pass time as we work to complete the standalone releases in the near future.

We took this opportunity to not only fix the server browsing issues, but also bring Renegade X up to date by adding new content into the mod. We want 0.55 to truly live up to its name as being a step up from the previous release.

You can read the full 0.55 change list here: Renegade-x.com

New Characters
No more placeholders for these units - we've got Sydney (Personal Ion Cannon), Dr. Ignatio Mobius (Volt Autorifle), and Hotwire (repairs and sabotage) ingame, and they're looking better than ever. 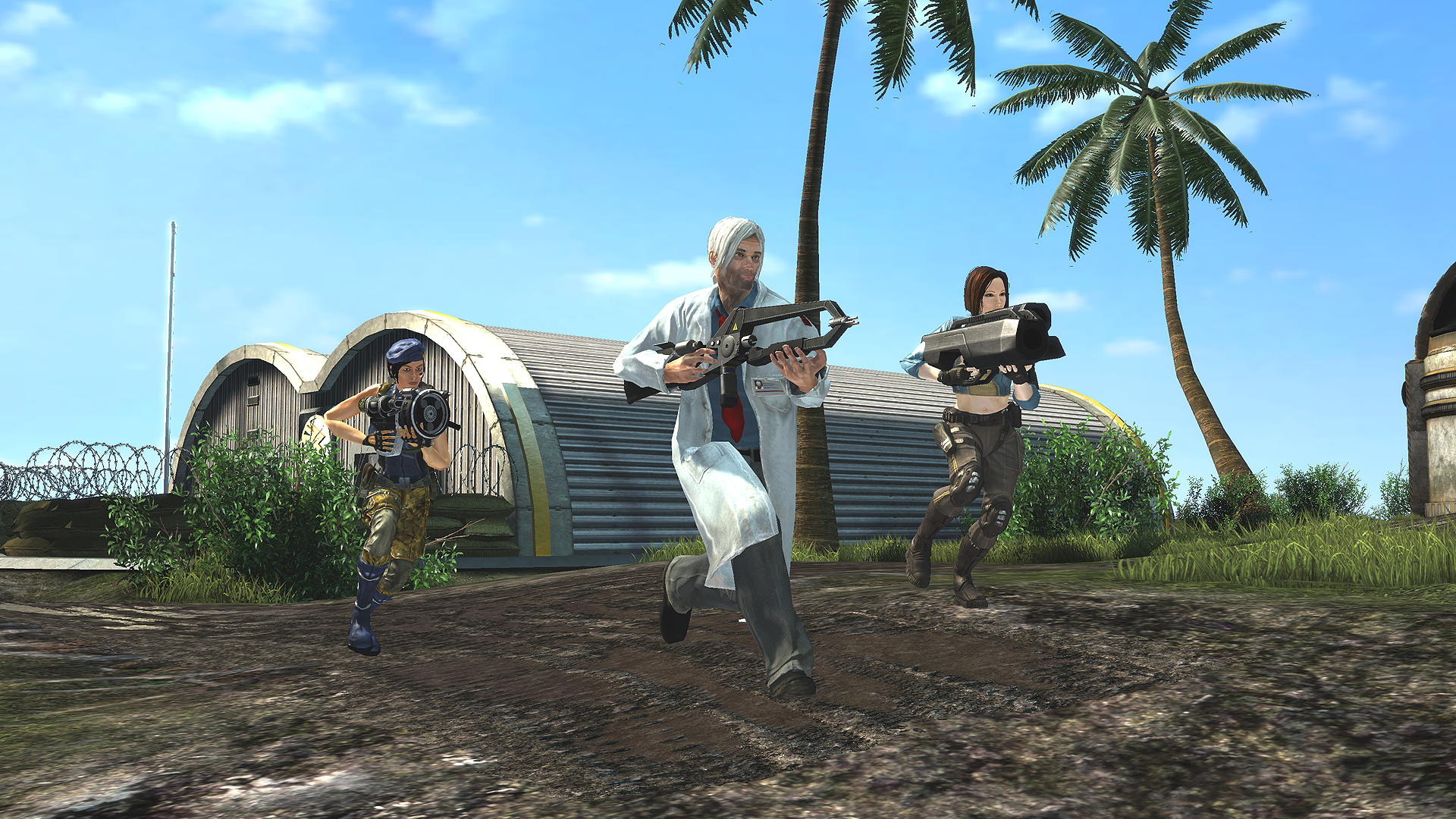 Complex
Complex is back. A personal favourite for many classic C&C Renegade fans, Complex is a medium-sized map with no automated base defenses. Stealthy tactics or bloodbath, it is up to you. 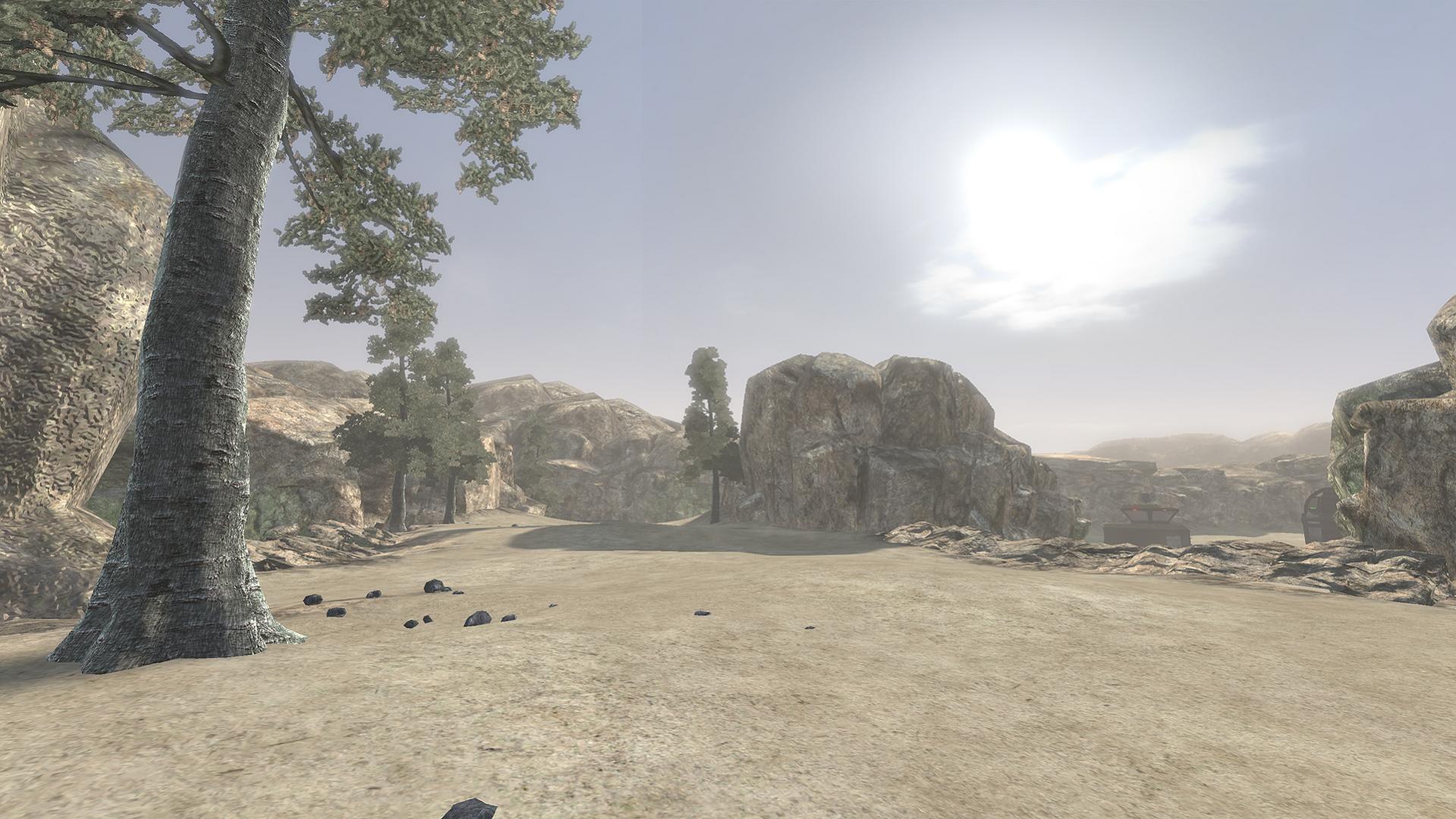 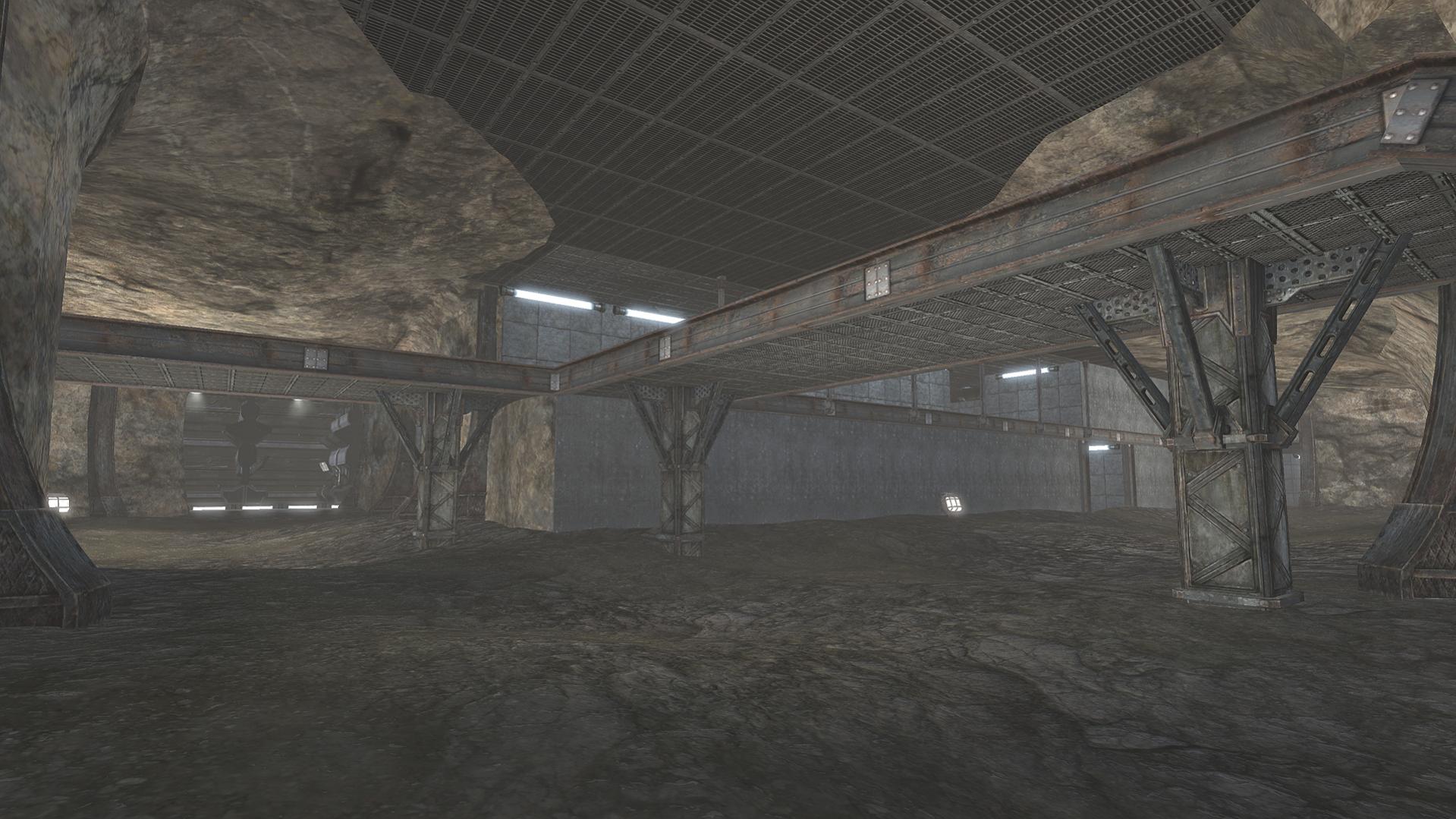 Nuclear Strike Animation
No more redeemer blast placeholder; the Nod nuclear strike has finally made its way into Renegade X, and man is it devastating. This wouldn't be Command & Conquer without shiny explosions. 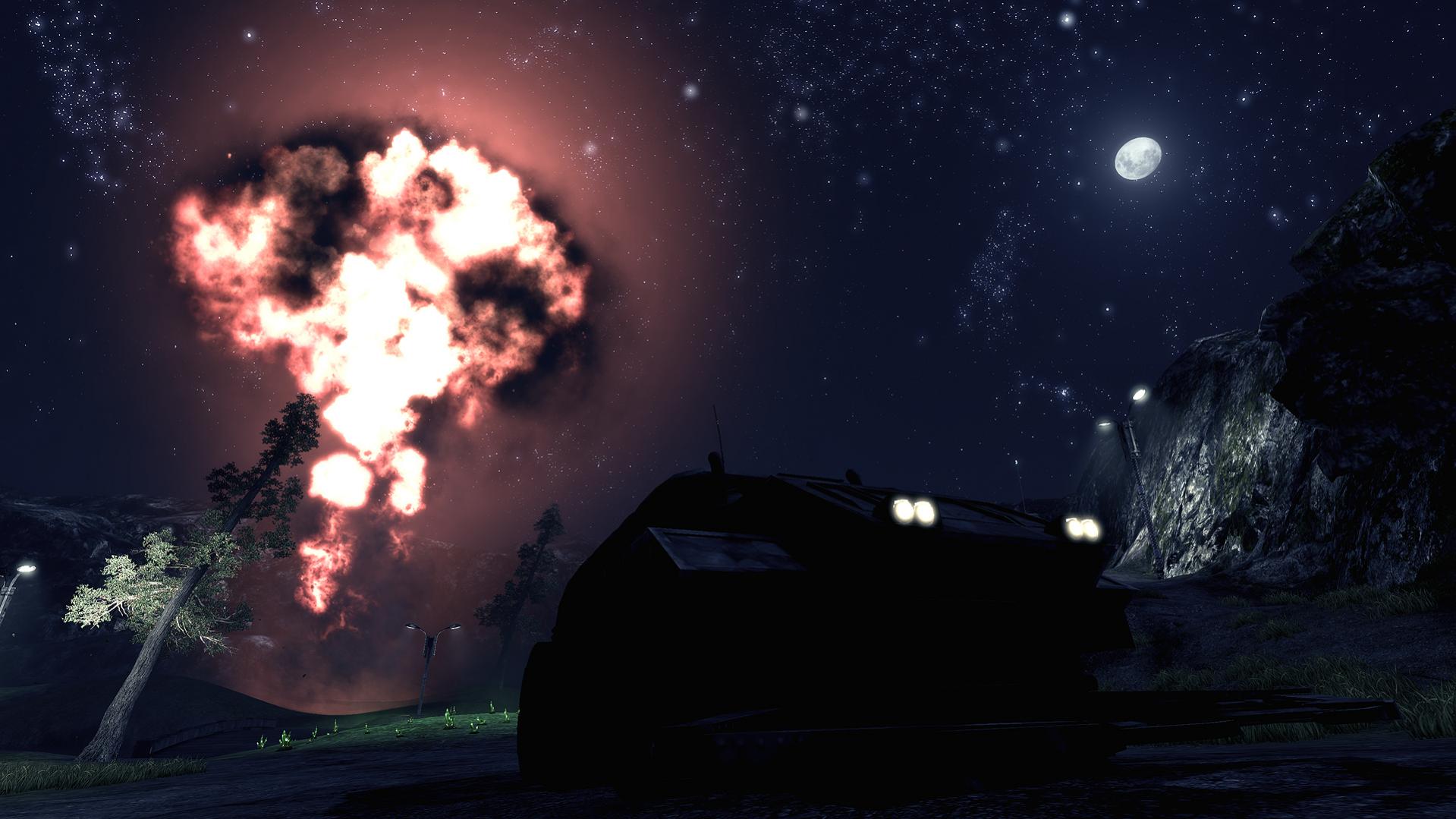 And of course we've also got a video of the nuke in action:


Stay tuned. The primary focus of the team at the moment is our standalone singleplayer demonstration, Renegade X: Black Dawn, which will act as a stepping stone to the final batch of indie multiplayer releases. Until then, you've got 0.55, and we hope to add small updates via the autopatcher along the way.

Renegade X also has its own modding tools, and the community is more than welcome to make mutators, maps, and mods for Renegade X. There is already some fascinating custom content released and in the works; be sure to keep your eye out for fan content.

Until the next update, ciao!

I LOVE YOU GUYS! too bad i don't have ut3

Don't worry, they are developing it using UDK now. So it will be standalone :D

Looks quite beautiful, though it's kind of weird that there's no shockwave effect and it looks like there's an explosion on the ground before the missile gets very close.

But overall quite awesome, those are just small points. Keep up the good work!

Thirded. The shockwave would have made it look like it has more impact, even though its still C&C where the blast radius was tiny (or even square lol). I'm pretty sure you can manage those little things.
Other than that, its looking great you guys. I'm so glad Renegade is getting a facelift into the future!

Sweet. Once I get this slow computer replaced, I'll be playing RenegadeX a lot. 20fps on lowest settings. :(

Indeed, it looks like there's an explosion before the actual impact

I have UT3, but I`m waiting for stand alone to play with my friends.

Get it today, get some practice in!

Get to work on some new modellings stuff this weekend for the UDK release, woop! :)

looks like a really small explosion for a nuke.

It's a tactical nuke, superweapons can only destroy one building at a time. Otherwise, they'd be way too cheap.

is it just me or is the NOD Over Powerd??

The values are the same as Renegade. Actually after you left, I switched to GDI, and we won 3 games in a row :P Maybe our team was just really good as Nod.

yeh i think cause i was auto balanced to GDI ... before that nod won 2 rounds and i was with 3 in team but only saw myself trying to stop those 2 arty tanks

Dammit when I saw this on twitter I though it's the UDK version :(

You know, one of these days I'll actually buy Unreal tournament 3 for this mod.

Awesome nuke and work :]
Any chance the PS3 version will ever come out as standalone or mod form?

Can I suggest adding a bright flash just as the nuke goes off, to obscure the start of the explosion? Much more realistic, and will cover up all that crap you have to deal with at the start of a blast.

why no udk version?

lol the explosion is before the rocket hits the ground :D

I played several games yesterday night. With 2-3 players per team, the huge maps and gameplay type did not make for a fun experience. But I can see how it would be great for 8+ person teams. Are you going to add bots in the meantime?

Ahhh i hate steam can you not use gamespy like the old c&c? also cnat wait for the udk version :P

What happened to my comment? You guys can't handle the critique? Fix the loading times and make it playable.