When, how and where will we get Demons Vs Humans and the future expansions.

Love the mod but too cheap to pay £5 for hl2dm? I have been informed that you can get a free copy if you have an Nvidia or ATI graphics card.

Apparently it works for existing steam accounts.
As for episode 2 thats another matter.

On Halloween we launched Demons Vs Humans to the steam group:
Steamcommunity.com

We have a dedicated server and some great maps running and we are playing each night perfecting the art of scaring people. It takes a lot of fun gaming time to master setting up an area of the map and triggering dead bodies to come flying at the human with the right about of chaos.

Before we can release the Polished ModDB release we are working on the following: 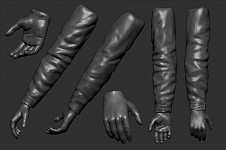 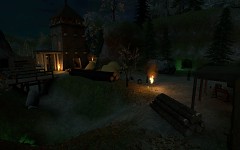 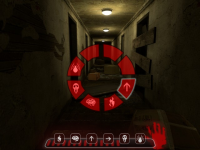 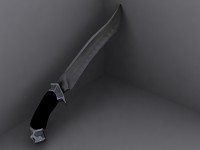 Arms - Are being worked on. So far so good.
Models - Ready, waiting for arms
Animations - ah we might need a hand here for some guns
Game mode - Launching with Death Match and Harvest the Villagers (A fast paced protect or kidnap the villagers mode)
Hud - This nice looking quick menu has to be coded in and all the other menus have to be tidyed up.
Spiders - they are currently insainly evil, maybe thats a good thing.

An exclusive group for the most experienced and helpful DvH players. By special invitation only
Where we have seen true masters of the game and those that are exceptionally helpful to new players and getting everyone in game can join this group.
There will be a special golden gun for these players, and new players can ask for their assistance.

An exclusive group of players that are exceptionally good and helpful to other players. They will get a unique golden gun weapon, and other unique features, they will also assist new players into the game :D

Once we launch this release on moddb with all the features above, we are working on the next stage of updates.

These are updates we feel that we can achieve (no pie in the sky ideas here) and work into the game really well.

No surprise to watchers, as pictures have been hinting at it for 3-4 months, this will also have a nice HUD.

Each of the core abilities can be upgraded some of the more interesting levels:

There will also be a set of perks to balance the game and make things fun:

Future Add On - The Butcher

Nothing brings a team together more than taking down a badass Demon (whether Tanks in L4D, the Diablo Butcher or the Patriarch in Killing floor).

One of the Demons will spawn as the butcher at the start of the round and the Humans have to kill it to win it, the other demons protect the butcher (maybe only as respawning spiders?).

The Butcher will have the following features:

Human team will get some heavy weapons for this.

Thanks for the idea Murki!

Future Add on - PICK ME PICK ME!

Teams not fair? The 2 top players pick who they want in their team (Just like sports in school).
Players will be taken to a selection room.

Servers can choose to activate this feature, and a vote has to be taken by the players to goto the team selection room.

I hope I dont get picked last.

We have a Rat model waiting to go in, its animated already too. But we need time to give this the attention it deserves.

AND FINALLY - Mod of the year!

Please vote for us to get into the top 100

fresh meat? did you voice act your self or did you make someone else or did you take that from hidden source?

The butcher from Diablo says it. This is future add on, what makes you think its been recorded already?

Updated the news, it appears another source mod uses that phrase. Diablo had it first though ;)

How about a perk called 'Last Stand?' original I know :P Basically it provides the human with certain boosts when they are.
A.Close to death
B.Last human standing
(Just tryin to be helpful)

Is the leveling permanent? (meaning I can leave one server and go to another and still have all my unlocks)

If so I would advise against this as it leaves new and casual players at big disadvantage (imagine playing the mod for the first time only to be playing against people who have max level).

The beginners luck perk will make the new players less of a target.

Love it and can't wait! I'll be playing the alpha even more with you guys now.

This sounds so awesome!!! I'm so excited, time to go on a crusade for more harddrive space.

this sounds so fun :D

but wait, do the free hl2dm version include the mod tools that you can play mods? I remember some confusion with that times ago

Episode 2 also required, but for a few testers that had Hl2 + Ep2 but not hl2dm this has helped them get the mod working.