Greetings Friends, and welcome to another update. This time I've spent most of my time building a more believable worldspace, so you can expect to see a LOT of changes in that department. Other noteworthy changes are that some spell effects are once again available for spellmaking/enchantning (with more being unlocked in the previous update), and that most vendors will now restock common ingredients. You guys have requested me to

Greetings Friends. The time has come to unveil yet another update, and with that another massive amount of changes. This time I've spent most of my time building a more believable worldspace, so you can expect to see a LOT of changes in that department. Other noteworthy changes are that some spell effects are once again available for spellmaking/enchantning (with more being unlocked in a previous update), and that most vendors will now restock common ingredients. You guys have requested me to bring these features back, and I've listened. With this update comes also new optimized meshes for trees & ships, glow maps for light-sources, hundreds of minor graphical improvements, bugfixes, balance changes and more. I hope you enjoy 5.3! 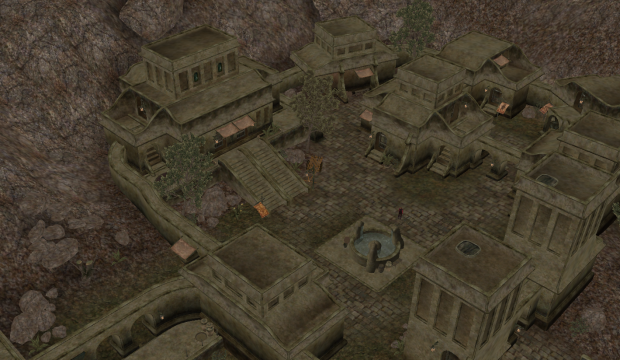 The manor district is now a bit more grand, which only seems fitting considering that House Hlaalu is supposed to be the wealthy house. 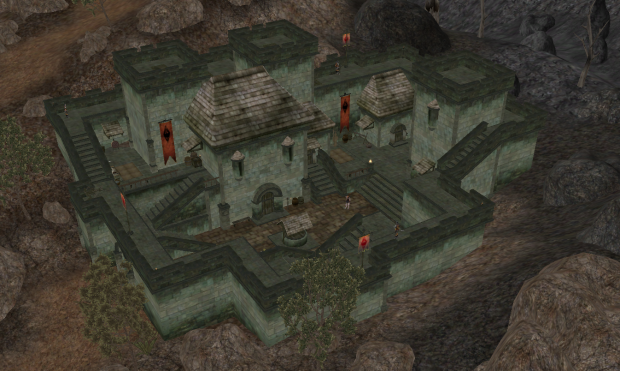 Fort Moonmooth and the surrounding area has recieved a facelift. 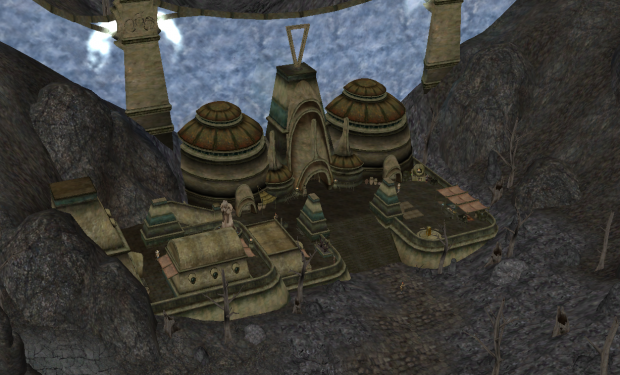 The Ghostgate has been expanded somewhat, and now features more buildings, clutter and places to go.

* Service providers (traders, smiths, pawnbrokers etc) will no longer outright attack if you happen to steal an item of little worth, although they will attack you if you keep stealing.
* Many Dreamers now have a unique appearance, apparel and equipment. Also added more varied clothing and weaponry to the cloned Dreamers.
* Removed the Swamp Troll due to its animation being completely broken at times. Troll Slime has also been removed due to this change.
* Many vendors now have larger quantities of ingredients for sale. Additionally the more common ingredients will now restock.
* Reimplemented the enchantments for bound weapons and armor. Some changes have been done to the enchantments as well.
* Added more bloatspores to caves, plus increased the chance of bloatspores holding bloat from 25 % to 75 %.
* Increased the mercantile skill for some service providers that were not covered by previous updates.
* You can now buy additional Hospitality Papers from Angaredhel using the usual barter method.
* Added keys that unlock the main gates of Balmora, Suran, Ald'ruhn and Caldera.
* You can now travel from Tel Fyr to Tel Aruhn, and the other way around.
* Orvas Dren's Bedroom has been greatly expanded to match his importance.
* Damage Health is now available for spellmaking and enchantning.
* Absorb Health is now available for spellmaking and enchatning.
* Frost spells now have the same "travel speed" as other spells.
* Guards are now more likely to wear helmets.
* Added armor joints to several armors.
* Many vendors now have more money.
* A MASSIVE amount of landscape fixes and improvements. 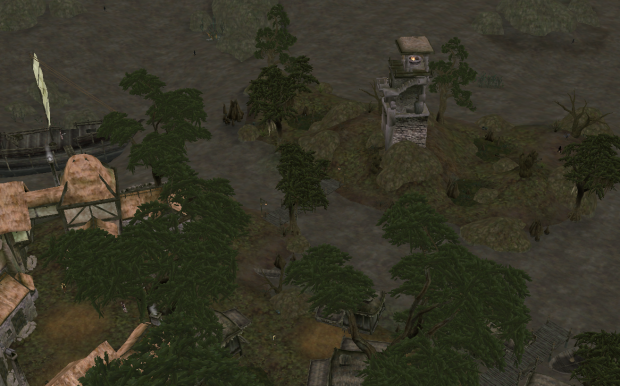 The lighthouse of Seyda Neen now stands tall on an island next to the village.

* The ashland region located between Seyda Neen and Hla Oad has been reworked and now features a small system of wooden bridges making it easier to traverse.
* The gatehouses of Caldera, Balmora, Ald'Ruhn and Suran have been reworked and refitted with new gates and defensive fortifications.
* The route between Pelagiad and Dren Plantation has been reworked and now looks somewhat like vanilla, but refreshed.
* The Hawkmoth Legion Garrison has recieved a small overhaul, making the interior more detailed and lively.
* Reworked large areas of Red Mountain. Example: The old lava rivers now reach all the way up to the summit.
* Made several changes to Ald Redaynia to make it feel less organized. 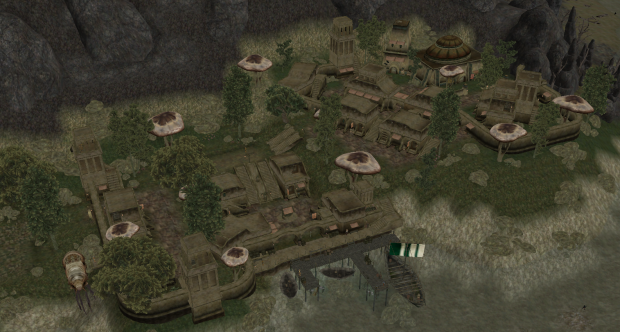 The layout of Suran has been heavily modified.

Suran Overhaul
* Major changes to Suran, mainly the upper district which is now closer to the vanilla layout.
* The rope bridge near Suran has been replaced with a stone bridge.
* Minor changes here and there.

Ghostgate Overhaul
* A new section has been added to the Ghostgate, including a new guardtower, shelter for Temple pilgrims, and a small Inn.
* The area around Ghostgate has been reworked somewhat to accomodate to the changes above.

Dagoth Ur Entrance Overhaul
* A complete overhaul of the entrance to Dagoth Ur. 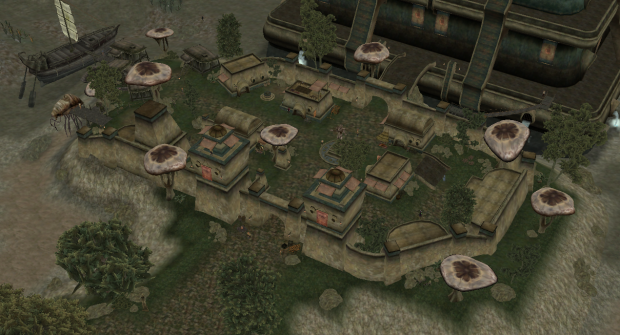 Vivec Entrance has been heavily reworked.

Seyda Neen Lighthouse Overhaul + Seyda Neen changes
* The lighthouse of Seyda Neen is now situated on an island, connected by a bridge. It's also placed on a higher elevation, allowing its light to be seen from further away.
* The entrance to Addamasartus can no longer be seen from Seyda Neen, meaning that smuggling activities doesn't have to be done in plain sight.
* Gorvas Vules Tower has been moved from its previous location, and is now overlooking the town from a small hill.
* Minor changes here and there.

Fort Moonmoth Overhaul
* A rather major rework of the fort and the area surrounding it. As a bonus the exterior now somewhat matches the interior space. 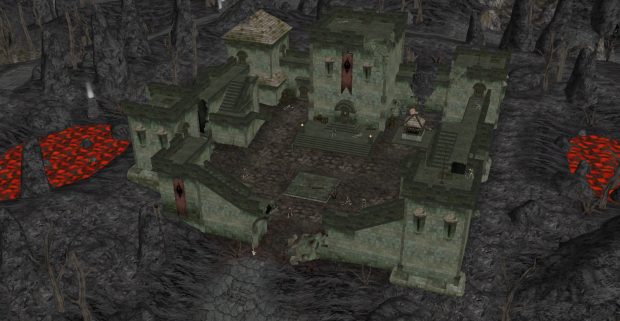 Fort Ashmoth Overhaul
* A rather major rework of the fort and the area surronding it.

Balmora Temple Overhaul + Balmora changes
* A large amount of changes to the Manor District, making it flow along the hillside, plus a grand entrance to the Hlaalu Council Manor.
* A large amount of changes to the docks, making the docking area larger to allow for more goods and ships.
* A complete rework of the Balmora Temple exterior, which now overlooks the city.
* Reduced the amount of performance-heavy statics in Balmora.
* Minor changes here and there.

Gnisis Lighthouse
* A makeshift lighthouse has been placed just north of Gnisis. The area around it has also been reworked quite extensivly. 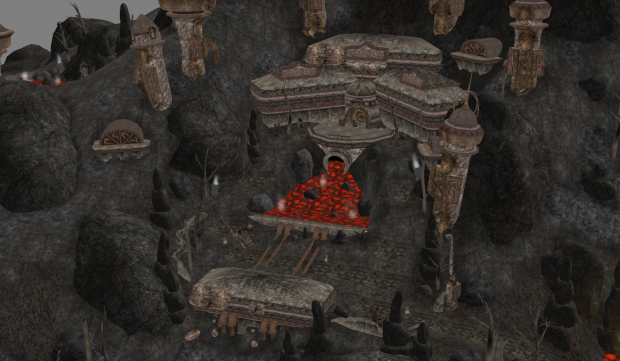 A complete rework of the exterior of the entrance to Dagoth Ur.

Sadrith Mora landscape rework
* A fairly large amount of changes to the landscape in and around Sadrith Mora. 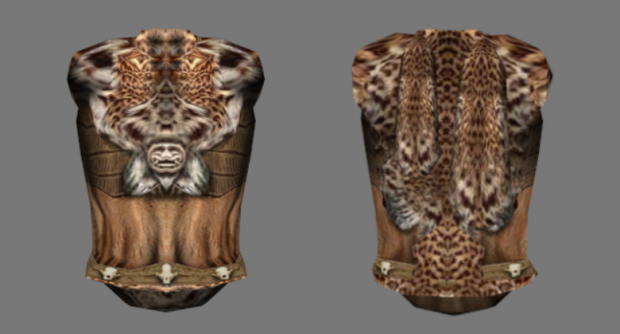 New Artifacts/Uniques
* Spinecrusher (This was meant to go live last update, but I somehow forgot to place it in the gameworld).
* Champion's Hide 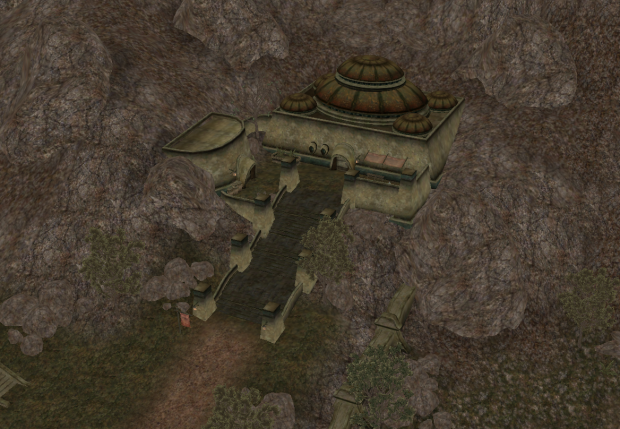 New gates for some cities. 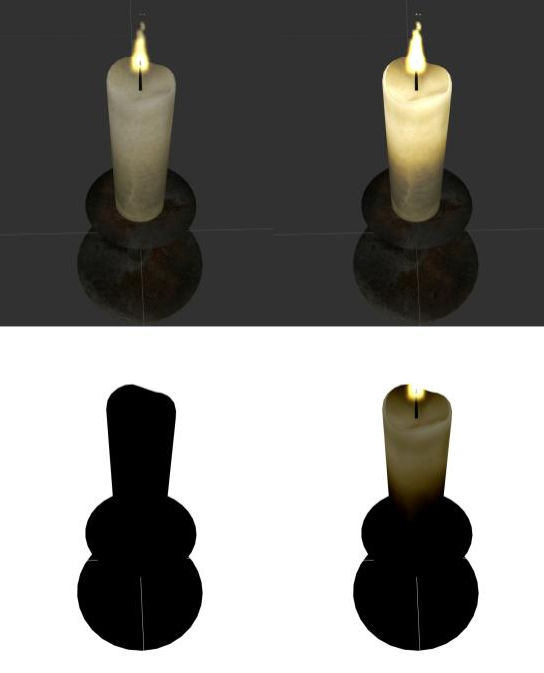 The user "SpaceDevo" was so kind to add glow-maps to all candles and campfires, and emissive glow to all fires and sparks. Glow maps gives the illusion of wax being sort of translucent when lit, while emissive glow prevents the flame from being obscured by shadows. 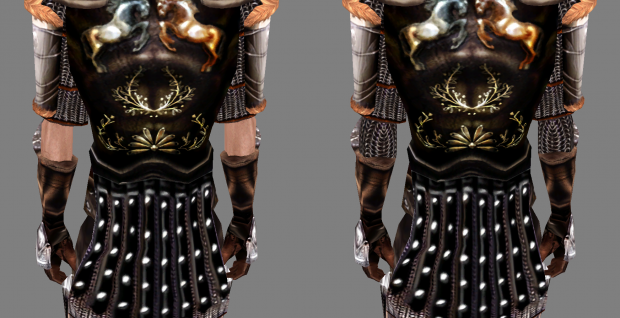 Added armor joints for most sets.

* The idle chance for NPCs playing an animation have been restored back to vanilla values. In Rebirth these animations were a bit too common (fIdleChanceMultiplier).
* The travel speed of spells have been reduced somewhat (fTargetSpellMaxSpeed from 2250 to 2000).

sorry, dumb af question but does this mod update the graphics in any way, or does it add any gameplay changes apart from adding new content? if not, is there any mods you recommend running with your mod? thanks!

It updates thousands of models, but very few textures. It also makes a TON of gameplay changes to pretty much every system. More details can be found on the opening page.

Your mod is amazing! I like the part which makes sixth house items contraband especially! I have a question though: Could you make dwemer items contraband too? They are considered contraband lore-wise, because the emperror has monopoly over them.

Why is the shading on those screenshots such a crap? Is that from construction set?

Yeah it's from the construction set.

Okay then. Would you prefer OpenMW over the original engine for your mod?

Sorry for the late reply. I prefer the original, but that's because I wouldn't be able to use mods that require the morrowind script extender.