Hi guys! I recently got back to modding after a small hitius. My old computer crashed, but now I got a new one. With that said I managed to fix some issues that you have been reporting. One especially critical issue was fixed, which caused the player and npcs having no arms when wearing iron gauntlets. Enjoy! 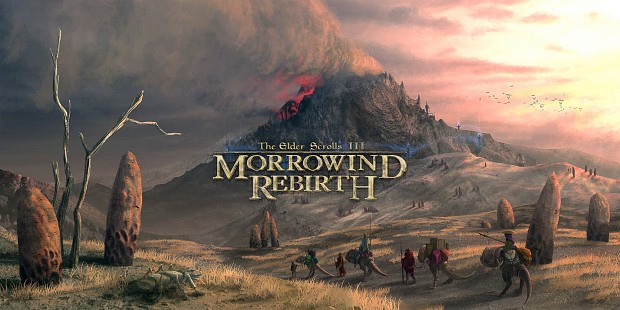 Morrowind Rebirth Fixes
* Fixed an issue where wearing iron gauntlets removed the players arms (if using 4.1 please remove the following mesh 'a_iron_skinned').
* Fixed an issue where the Silt Strider in Vivec clipped badly with the wall next to the Strider Port.
* Fixed missing ownership flags on hundreds of objects.
* Landscape fixes.

Graphics
* Included fixes for Dwemer Ruins in Tribunal, so that they use the same textures as Morrowind base game.
* Included a ton of fixed and improved meshes.

Thanks for always staying on-top of this!

Soon i will be starting new Morrowind Game, with some mods like Rebirth, overhaul, Rise of House Telvanni and Wizards Islands (The biggest ones) and a few personal mods. But I Have a question, is there a way to set training cost to vanilla back again ? I remembered last time when i played, and giving out so much gold for few training points really hurted me as a non-hoarder player. Also I'am glad to see you still work on this project, keep up the good work !

Yeah it's not hard, but you need to use either the construction set or tes advanced editor to fix that.