HakJak Studios is creating an official reboot of Bossa's original prototype from 2019--bigger, better, and more pigeon poop madness than ever before!

HakJak Studios is creating an official reboot of Bossa's original prototype from 2019--bigger, better, and more pigeon pooping madness than ever before!

Our goal: create something that's kinda like GTA meets Goat Simulator--but with pigeons!

Wishlist and Follow here for a chance to be included in our early alpha tests!

Poop on everyone. Destroy Everything. Join the Pigeon Revolution!

Do what you want, when you want, and enjoy the FREEDOM of being a pigeon. 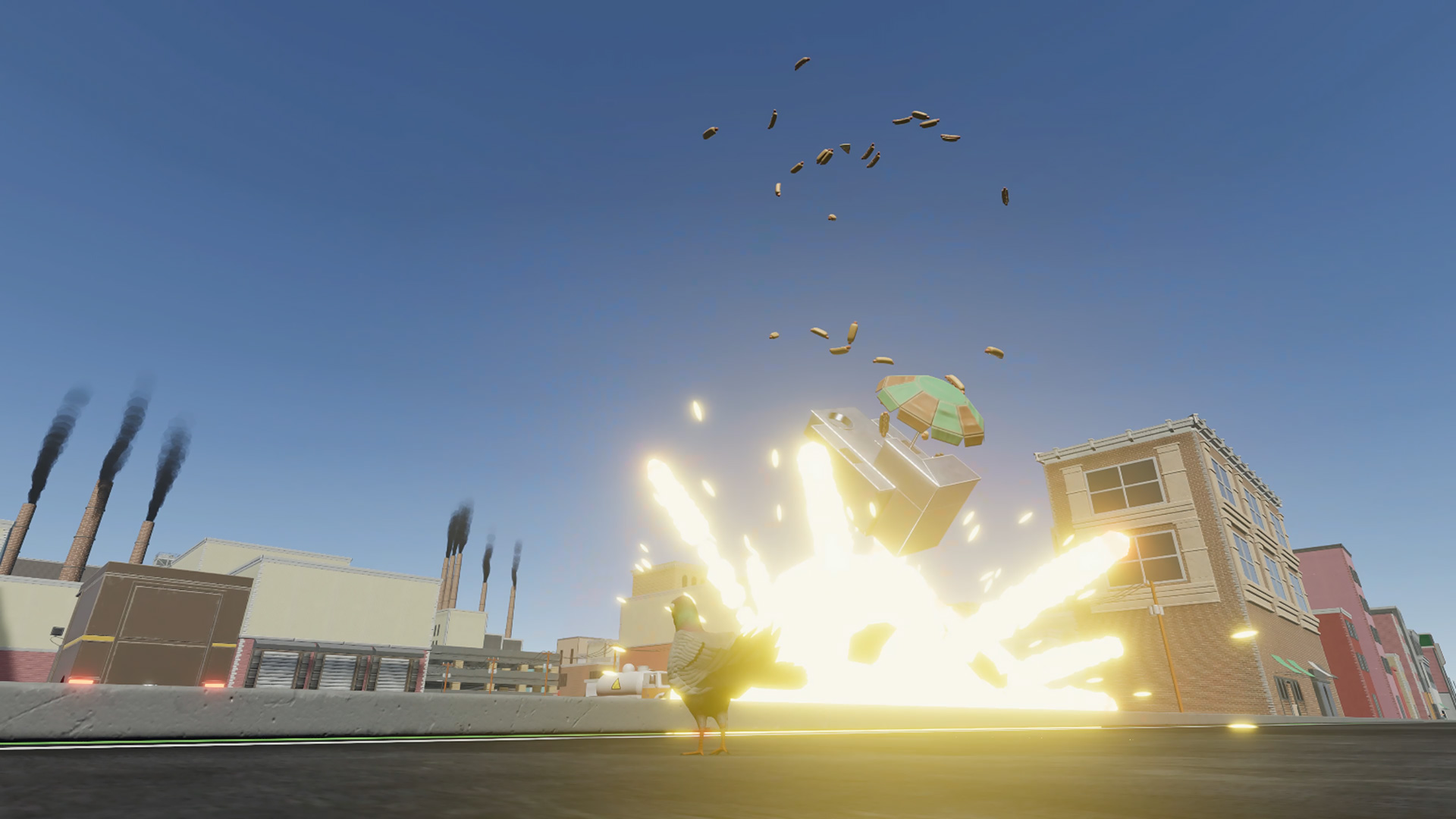 Pigeons are born with one purpose in life that outweighs all others...
RULE. THE. WORLD.
For centuries, pigeons have sought to stop the oppressions of mankind by gaining influence over them. For centuries, they have lost this battle…
...until now?

Every few generations, a pigeon is born with extraordinary capabilities--a hero in the flock.

You are this Blessed Bird. You are The Chosen One. 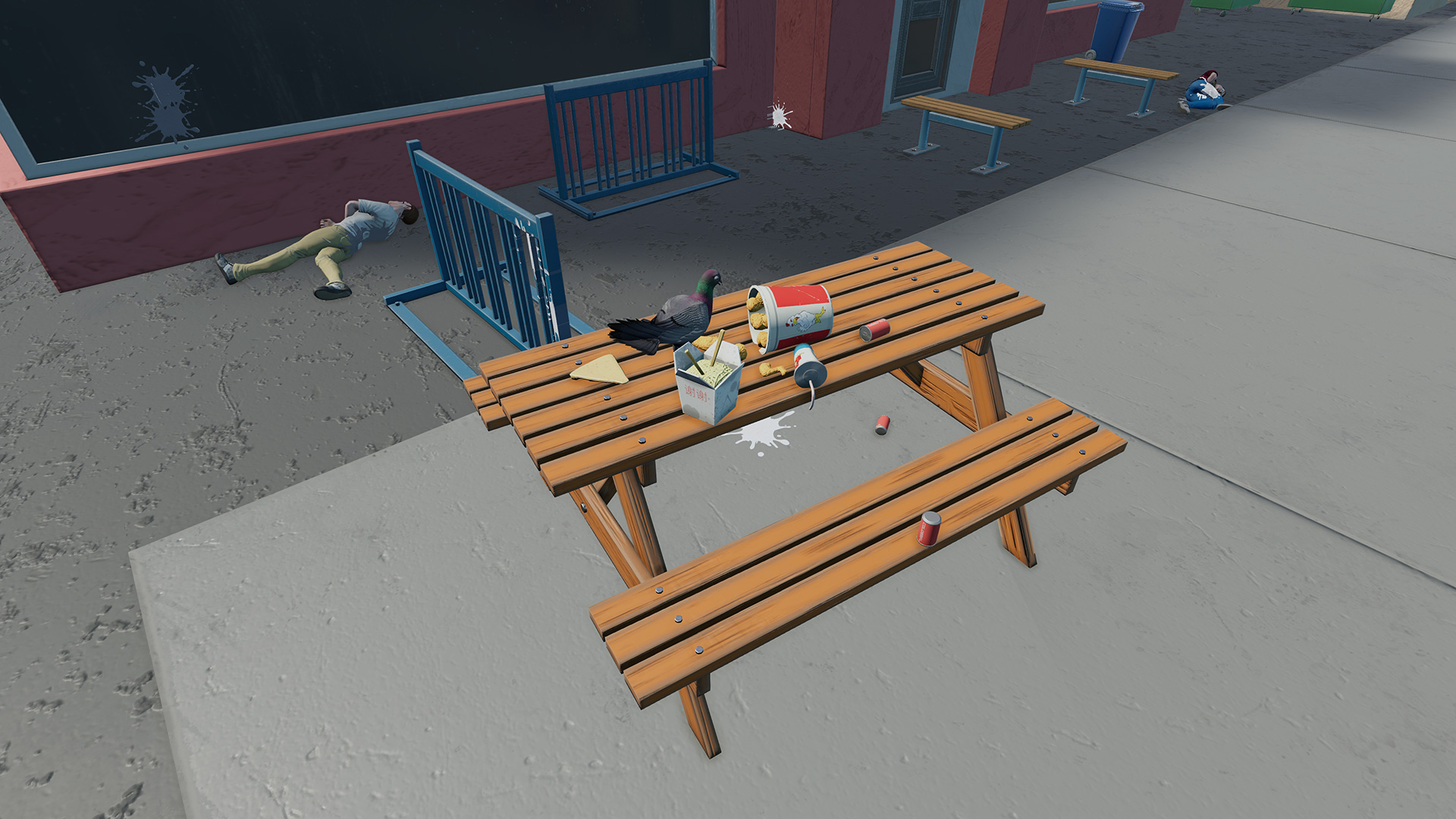 But with great power, comes great responsibility. How will you create your Pigeon Paradise?

- Will you destroy all humanity has built and return the land to Mother Nature?
- Will you strive to create a utopia where birds and mankind can live together in peace and harmony?
- Will you embrace the tools of civilization and leverage them to gain control over the population?
- Will you migrate your flock far, far away to begin life anew?
- Or maybe you'll just turn everyone into mindless, half-bird zombies and live like a tyrant king.

The choice is yours in this 'physics sandbox roguelite', featuring a rich mix of hand-crafted content and procedurally generated elements to create a unique experience each time you play.

Pigeon Simulator is an open development project. This means we're going beyond typical 'early access' to give you deeper insight into the development process and truly shape the direction of the game from as early on as we can comfortably do. This will be a very transparent--maybe a little chaotic--fun process and we invite you to join us!

We're currently building out a very flexible set of core systems for Pigeon Simulator. Things like:
- A procedural city generator, including interiors and 'dungeons.'
- An ambitious, physics-based destruction engine capable of major physics chaos.
- A unique and flexible skill tree and ability structure we call 'the DNA system' and 'Stomach Alchemy'.
- An advanced 'AI Storyteller', NPC relationship simulator, and Story Module system.
- A unique content production pipeline to help us bring crazy ideas to life as fast as we can as a 5 man team.
- And tons of physics-based, pigeon pooping mayhem!

In the coming months, we'll be working directly with fans like you on various features of the game from concept, to rough prototyping, to sweet polish. Our goal is to set things up in a way that we can have an extensive amount of community involvement and implement tons of your ideas as we go.

Wishlist and Follow here for a chance to be included in our early alpha tests! 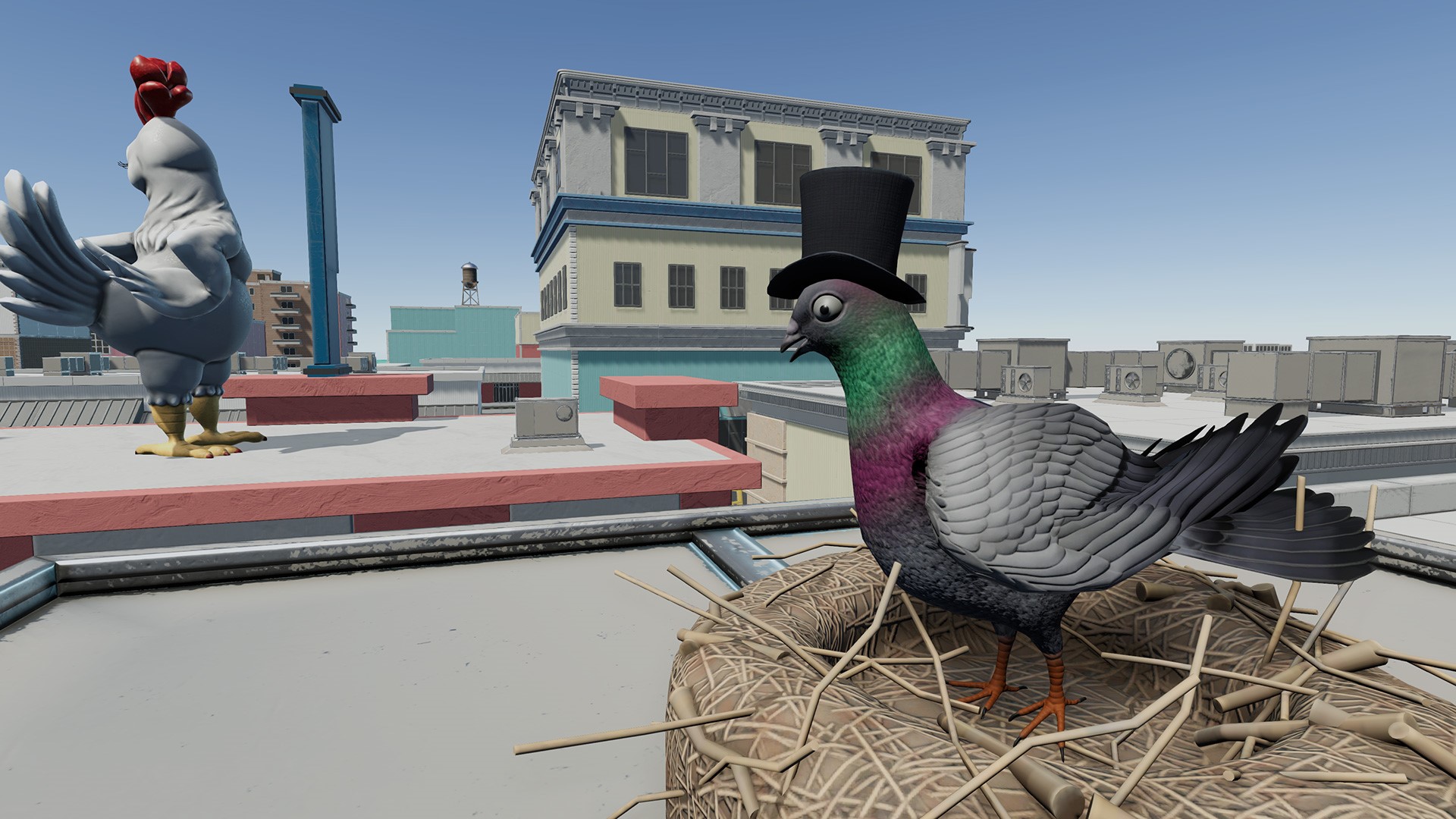 ALSO be sure to click the Follow Button here on IndieDB.com! We may offer exclusive opportunities to the IndieDB community later this year for things like test groups, feature votes, and more. Don't miss out!

Thanks for stopping by! Help us spread the word about this game so we can make it as big and crazy as possible!

Let me know if y'all have any questions!

If enough people support the game during Early Access, we hope to add some sort modding options using Mod.io (which looks awesome BTW). We'll have a better idea of what's possible when we get further into development. *fingers crossed*