In this update we add another dinosaur species to the island: Utahraptor. The update includes multiple improvements to dinosaur AI and environment. Read on to find out more.

Check out this trailer of the newest dinosaur species in Prehistoric Hunt:

Note! This update makes changes to player death behavior. And you will unfortunately lose most of your current ammunition. This is a one time thing caused by change in inventory system. Read these patch notes before you play!

In this update we add another dinosaur species to the island: Utahraptor. We’d like to hear your feedback, you can chat with us on Discord or give feedback straight in the game.

Utahraptors join the carnivorous dinosaurs of the island. They are quick moving and dangerous dinosaurs. They usually move in packs. Utahraptors might start hunting you if they spot you. You will recognize them from their distinct calls.

Dinosaurs can now move in groups, alert other dinos and behave more as a group and not always as an individual.

When players die they will lose half of their inventory! But don’t worry, you can get your stuff back. You just need to travel to the point where you died and find your lost stuff on the ground. You’ll find the spot where you died on the map view. Multiple death markers will be displayed if a player dies often. Death markers will disappear after 30 minutes. 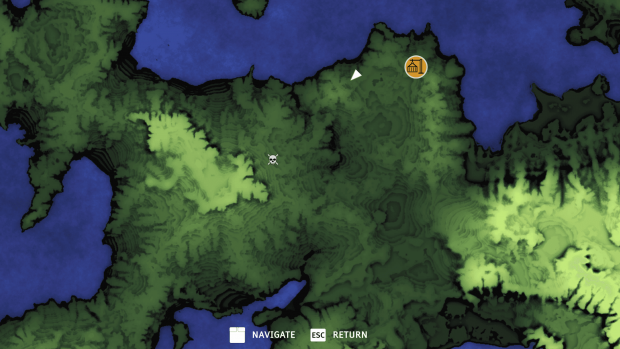 The harder hunting contracts now have a condition that the player needs to stay alive in order to complete the contracts. You can identify the hard contracts with the skeleton icon. If a player dies while having a hard contract active it will disappear after respawn losing all progress. This will challenge players to stay alive while hunting! 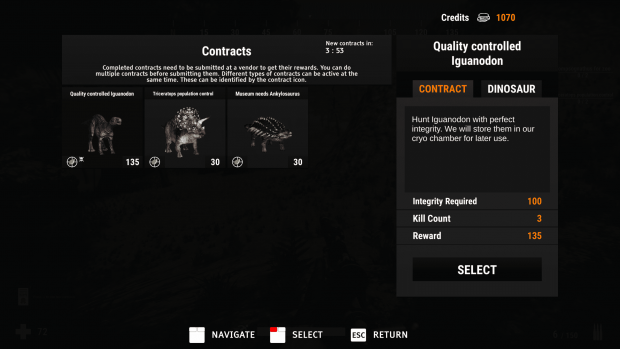 Various bushes have been added to the map. These will provide more hiding places for players. The Terrain now utilizes tesselation for much improved detail. 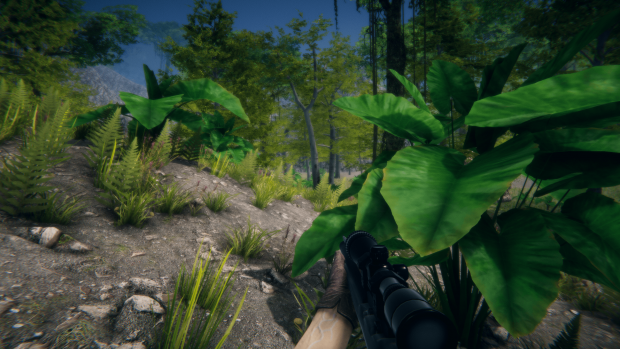 Players can now customize the look of their game character with different hats. Hats are unlocked by achieving achievements. 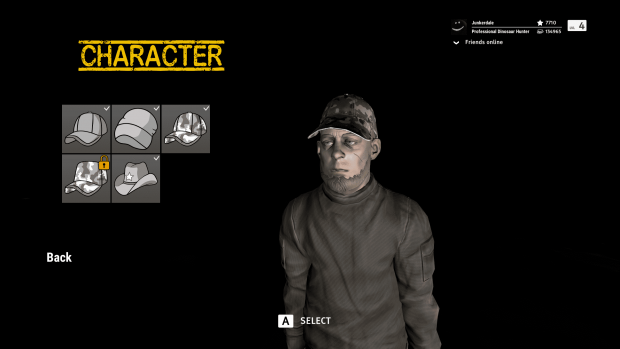 T-Rex will spot the player from greater distance when the player is not trying to hide. T-Rex hp was slightly increased. T-rex uses more effort to find nearby players it has sensed. New sounds have been added for T-Rex.

Item amounts are now saved on game servers, so ammo counts now stay the same between sessions. You will lose most of your ammunition during this transition. A sort button has been added to the inventory. Fixed an issue with dropping items from the vicinity. We also fixed some issues with items in multiplayer.