The player rank system, how does it work? Now I want to talk about this.

Now I will tell you about some of the features of the game.
System of rank and increasing characteristics:

- The ranking system is based on the points earned during the game. The player's rank is the number of experience gained throughout the game. Once you have landed on the platform, you score points, you can increase the points passing through all platforms. But the main thing in each quest is the retention of music due to the received melodies. If the music stops counting failure, each failure affects the subsequent number of awards received.
Maybe someone will say that the game on the initial stage is difficult, but I want to assure you that the game is elementary and easy, the main thing is getting used to the management. With each player's rank, the characteristics increase, the player will move faster on the platform, and new music tracks open, and in some cases new environments.
The main goal of the game is getting the last rank of the player. From each rank depends the complexity of each quests, do you need on the go? Do not hesitate to move towards the goal at a time when you have already solved all the puzzles. 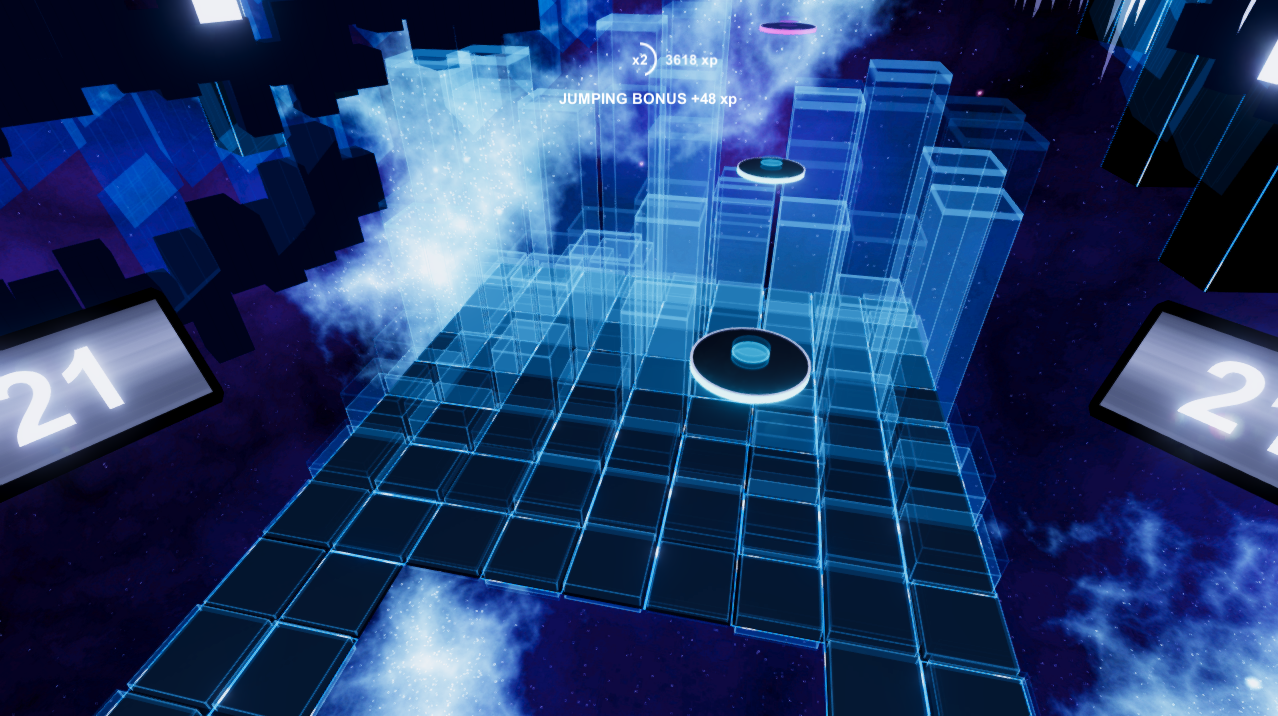 In the main menu you can view information about the player, on the right in the information window, your current rank and game progress is displayed. The most left window is used to exit the game without confirmation. 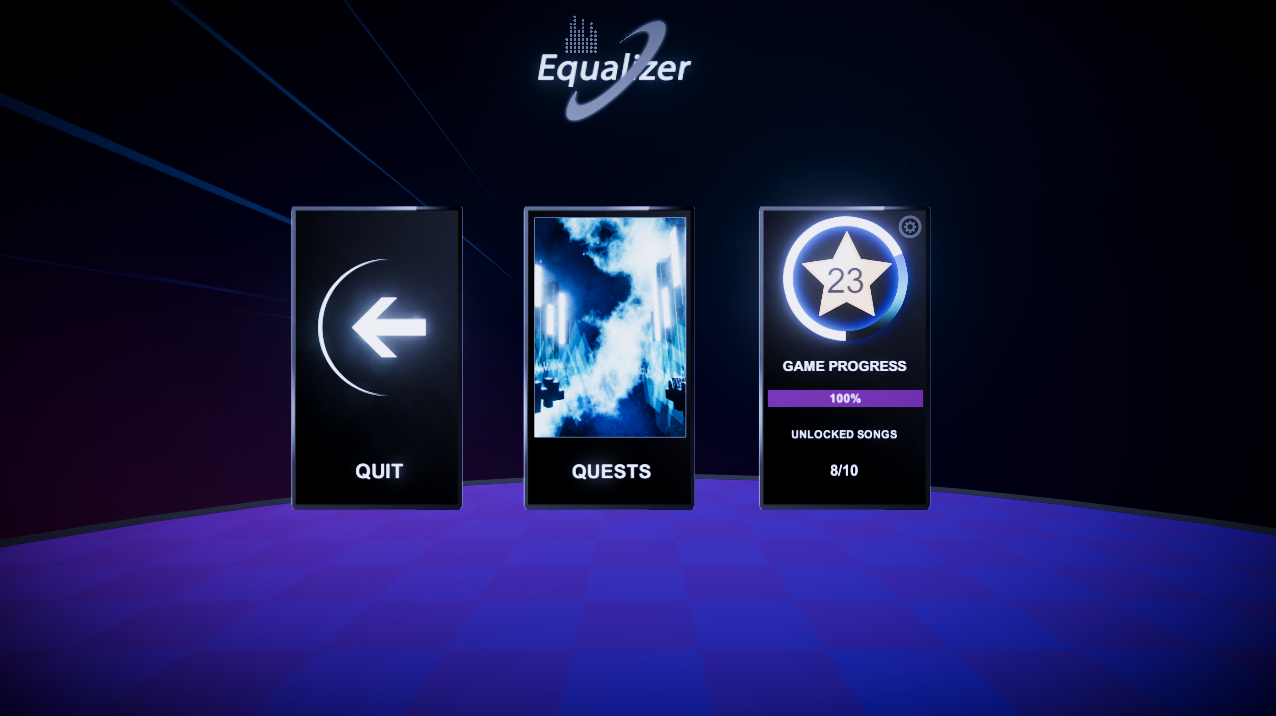 In order to get into the graphics settings you need to click on the gear in the information window, a new window will appear, adjust the graphics and press the L button for saving. 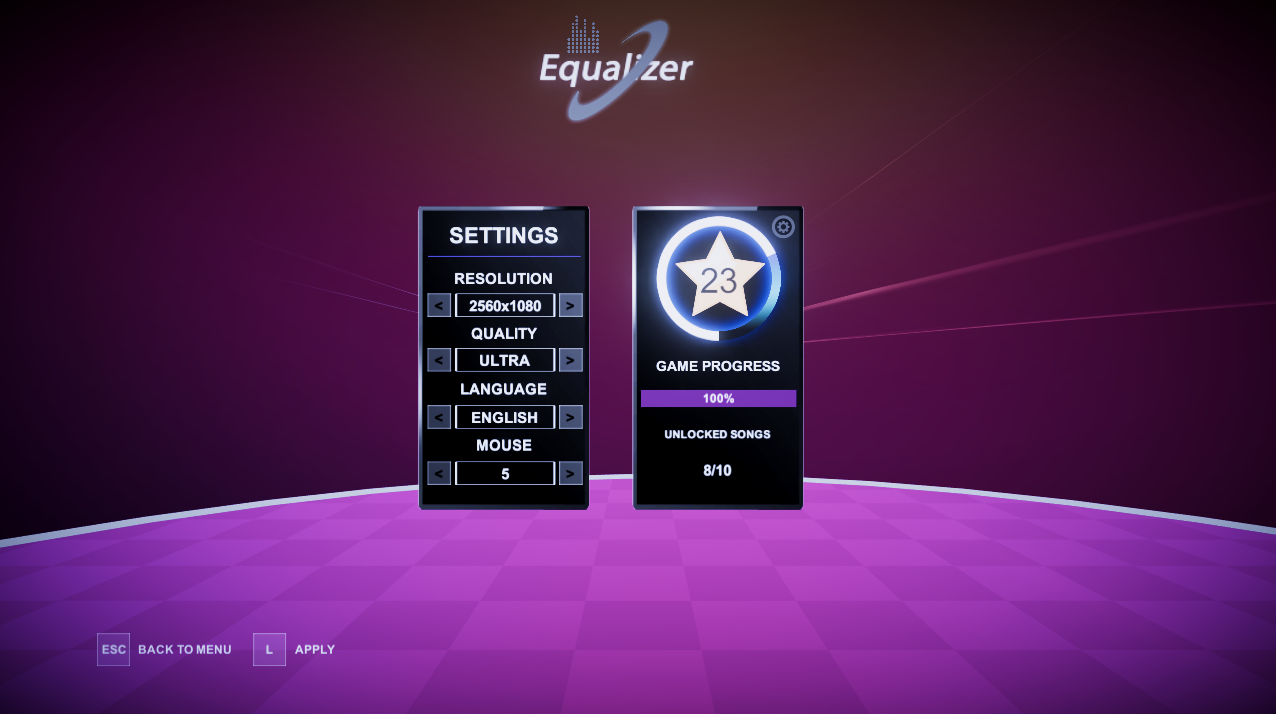 At the stage of selecting the game mode, you are invited to choose a training or group of quests. 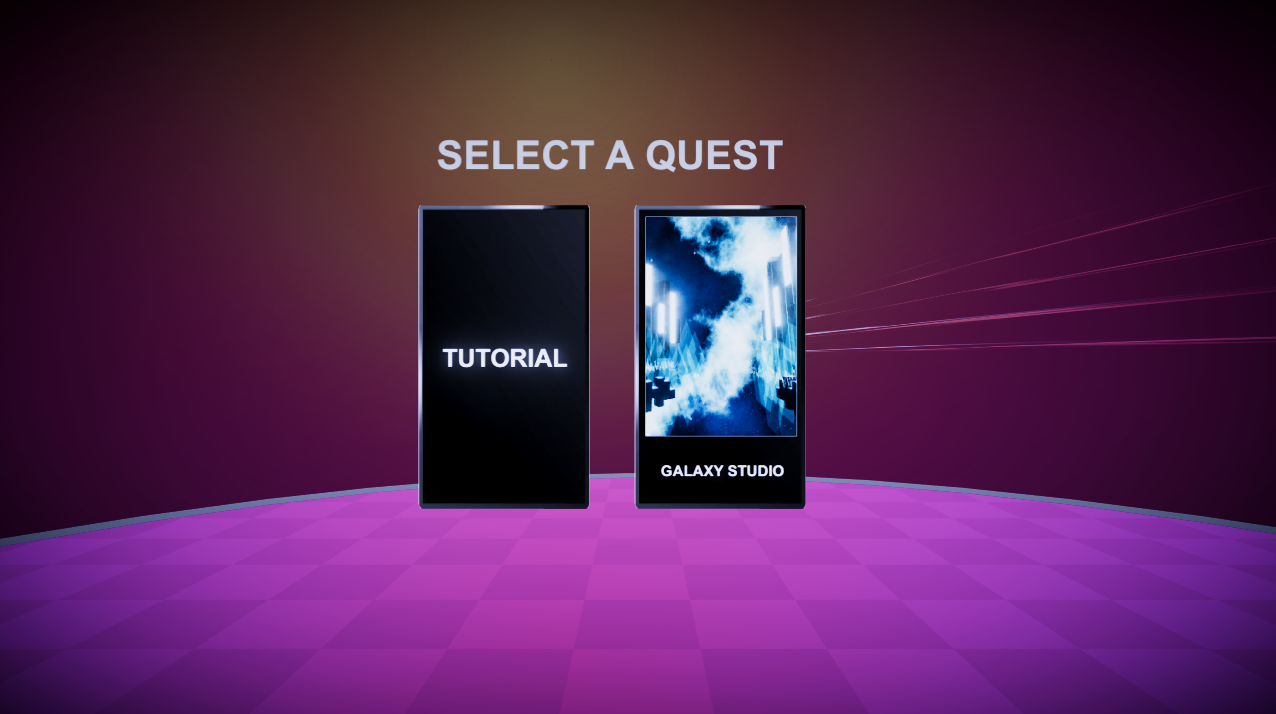 On the quest selection screen, each quest will be available as soon as you complete the previous quest. It is not necessary to collect all the tunes for completing the quest, the main thing is to get to the music portal. 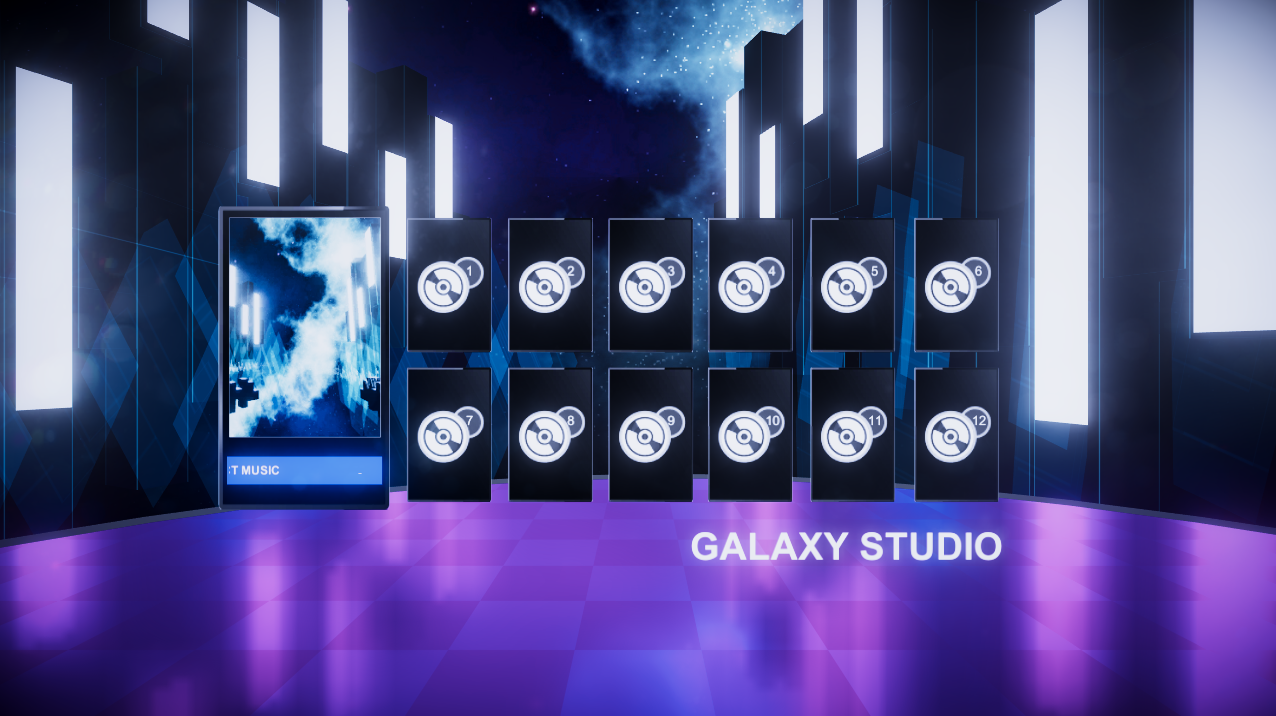 In the paused and finished game mode, 2 or 3 action buttons can be presented, in case you lose, you are given only 2 options, start the level again, or return to the main menu. In case of successful passage, the button for the next job is added.