We have released another Bug Fix/Balance patch. Also included in this patch is Simplified and Traditional Chinese translations. Check this post for a full changelog, the update will automatically download the next time you start PVKII 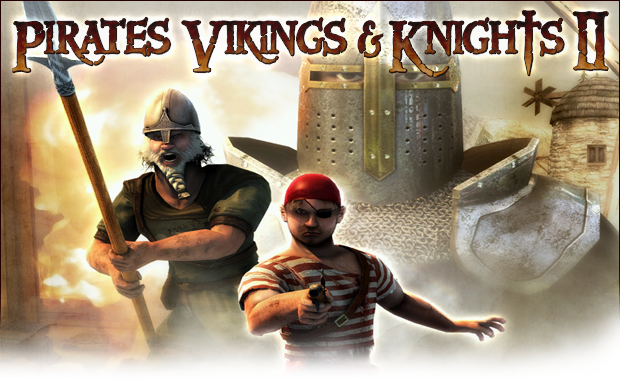 The team's been hard at work to bring you scallywags another update! The patch will download automatically the next time you start up PVKII!

In this update, one of our Community members, Bob, has taken the time to translate the mod into both Traditional and Simplified Chinese. 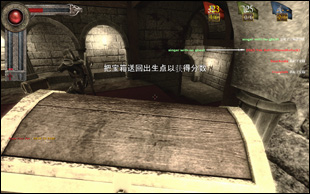 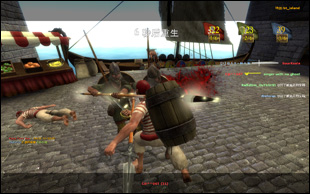 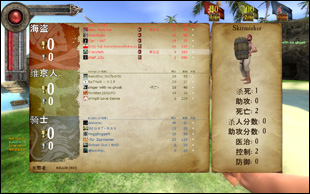 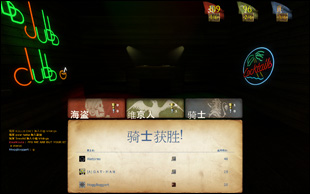 We've also been squashing some bugs and working on balance. Check out the full list of what's been changed this week:

Bug Fixes
-Fixed the erratic behavior of Territory Capture scores
-Fixed the achievements The Last Crusade, This is Sparta, This is Madness, and Only Got One Stone
-Fixed Chop Chop achievement playing incorrect achieved sound
-Fixed pickup sounds will now play regardless of a taunt and will not stop the taunt (You will hear both sounds)
-Fixed issues with Steam Community support in the new Steam UI Beta
-Fixed the hud hint message panel used by Server Plugins
-Fixed parrot sometimes showing up in both the Captain's hand and on his shoulder
-Fixed chests in a chest capture zone being affected by the keg's explosive force

Additions
-Global ban system is now active
-Skirmisher's Keg will now push away and stun Pirate allies caught in its blast
-The longbow, throwing axes, and javelins can only START charging when the wielder is on the ground
-Added to console output the remaining health and armor of the people who slay you as part of the death notice entry


It seems only 6% of our player base has earned themselves their Part O' the Crew achievement! To earn yours, be sure to join our Official Game Group now! Join the already 4,600 players who can keep updated on news and events directly through steam!

Haven't installed the mod yet? Click Here Now, it's free!

Good job with the skirmisher balances, I hated those guys :/

Uhg, I don't think I like those pirate balances. The key to pirates is the fact that they were so fast I especially don't like the fact that the lung ability was nerfed since it felt perfect. Especially since it took more skill to use for the most part since unlike all other specials you had to stand in place and lunge in a straight line. Most newbs failed at it.

Oh well, I'll get used to it. It's just making it easier for newbies. :O

I felt like it was too easy for skirms too spam quick attacks until their overpowered special was available to finish you off, not to mention they could turn around and escape if got their health too low.

nice that u put up the update fixes here, since steamworks-mods-updates isn't shown on the news in steam.

I don't think this is going to last tbh. Other then that gj

It's for global banning on all servers for people that hack. Instead of banning them from one server and have them just change servers they are banned from all servers and it must be done by a PVK Admin which is my guess.

This probably isn't doable by each individual server admin so don't worry.

They should add Ninjas... just a thought would be cool and gives them a chance to make more Asian oriented levels and people can argue weather pirates or ninjas are cooler =D.