Right away, I apologize for the long delay; I realize it's been roughly six months since the last P:SI news update, but the upshot is that I've got a lot to cover in this one. Things have been rather busy for me lately, but with my schedule now looking fairly clear, I have hopes of getting a lot done for P:SI in the near future. So, let's begin, shall we?


First things first: Portal 2 has been announced with much fanfare by VALVe. If you haven't heard of this, you've either been living under a rock (how are the property taxes?) or just been away from the gaming world for a while. If you want to fill yourself in on the updates, visit Gameinformer's P2 Hub or the Portal ARG Wiki. Obviously, this announcement raises a whole lot of questions for developers. How different will the P2 engine be? Will mods even be possible or feasible? How do the storyline sneak peaks affect our mod's storyline? My deepest sympathies go to the Portal: Project Beta and Portal: Access All Areas teams, and I hope that they won't have to go through too much pain to make the necessary changes when the new engine is released. Also, I hope they can salvage any storylines that have been pulverized by the ARG. On that note, I'm pleased to announce that development for Portal: Stay Inside will be continuing off the original Portal engine until Portal 2 is released. When P2 is released, P:SI will most likely switch to the new engine.


Of course, with all the new information about Portal 2--like new environment schemes, gameplay mechanics, etc.--developers have created a flurry of activity attempting to recreate parts of Portal 2. Since I'm just as eager as any healthy dev, I figured I'd throw my hat into the ring! Like many others, I've created my own pack of Portal 2-styled textures, which will be used in P:SI, and I've attempted to recreate the Aerial Faith Plate mechanic. In fact, I incorporated the two and made a shiny video to show it off. I put it to music, because the software I used to record the video--WeGame, which I highly recommend--caused the audio to be out of sync. In any case, the song is, of course, Johann Strauss' "Blue Danube", op. 314, performed by the Vienna Ballroom Orchestra. No copyright infringment intended. Everything in this video is in early stages of development, so don't be too hard on things (like the brushwork of the AFP supports; I'm going to replace it with a model eventually).


As you most likely have noticed, the P:SI ModDB page now has a custom theme. Some people have already expressed liking or disliking the theme, so I look forward to hearing what everybody thinks. Many thanks to Henley, who had to deal with my near-constant questions about CSS files and image specifications, and to the Paint.NET clouds effect, which was, as you can see, instrumental to the creation of the page. For those of you who haven't seen it yet, I've also created a tutorial--which can be found here--explaining how to recolor your portals like I did for DX9 and above. You may have noticed in the above video that P:SI now has a custom crosshair; though the colors of the Portal crosshair are, I believe, coded into the client and server DLLs, huge thanks to Omnicoder for working some magic with the texture and a sine proxy in its accompanying material. I've been asked questions by several people lately regarding beta testing. Portal: Stay Inside is nowhere even close to the beta stage, especially since there's a move to a new engine somewhere in the future. I'm still deciding whether to hold a public or closed beta, but don't worry, when the time comes I will be posting more news about it. I'm also going to use this update to push the Steam Group and my YouTube account. Any news that's posted here will certainly be posted on these outlets as well, sometimes slightly earlier. In any case, join and suscribe if you want.
Finally, I'd like to give a shout-out to Blue Portals, a mod being developed by reepblue and Colossal. Combining reep's brilliant mapping and Colossal's fantastic texture work, I'm really looking forward to the release of this mod. You should be too.


Well, I've covered a fair amount this time around. Keep watching, though, because much more is to come. Thanks to all who have suscribed to my YouTube accound, joined the Steam Group, tracked the mod, and otherwise supported P:SI. I'm leaving you today with a bit of concept art and a screenshot that, while not...particularly...revealing, I hope you will enjoy. Thanks for reading! 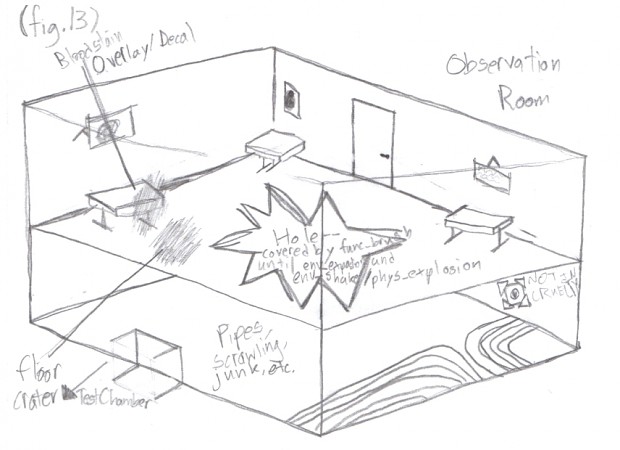 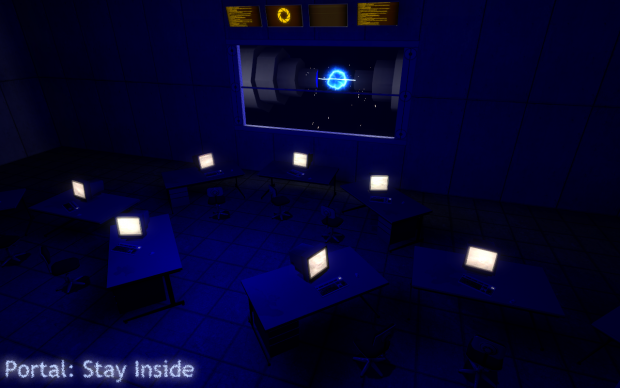 Nice article, pretty cool that you are getting everything to fit. So far, it looks like its coming along nicely. Keep it up! :)

Heh, great model and prefab here...
I think the textures needs improvement.
There are some portal 2 textures floating around the internet, and in facepunch too...
Anyway, continue with the nice work.