An update on the past month's work including Flash/Scaleform, new code, new graphics and much more.

What's going on?
Since the previous update there has been a real push to arrive at standpoint for the alpha demo. With regards to core functionality now in place; the front end of the game has been the key point to complete.

Anything we should see?
Yes is the answer, although nothing special and definitely needs some animating, the front end menus are starting to take shape.

Main Menu (As you can see the lockers are not finished) 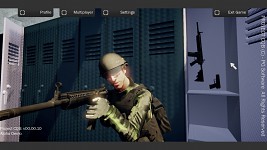 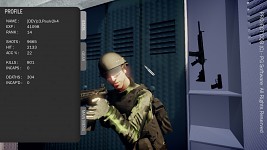 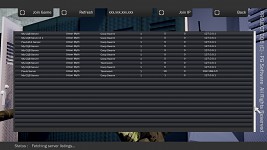 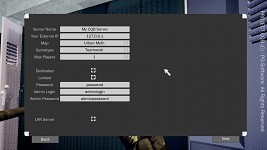 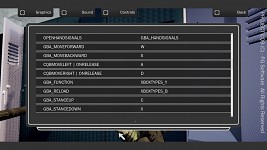 As you can see it is all very much work in progress, but the style and shape of the menus are coming together. The settings menu is most probably going to be the style standpoint of the game. The Host menu will most likely change to the style of the settings. The locker you see behind the camera will contain your gear loadout as well as your character will hold the primary weapon. 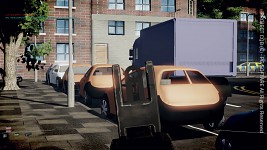 The vehicles in the game all have procedurally generated colours, which basically selects from a list of (referenced) car colours from a library. This enables a change in colour each time the map is loaded.

The M468 Ironsight needs some work but shows it will look. 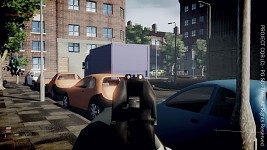 Take a look down the road... 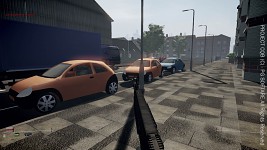 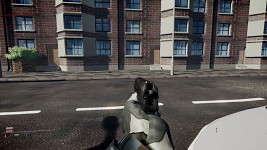 Anything going wrong?
There still seems to be an issue with the USP flickering with black triangles on screen
The find servers command still pauses the program for 20 seconds while searching giving the user the idea that the program has crashes. Coding AI is a severe issue in Unreal. The lack of pathfinding is profoundly odd for such a high-tech engine and we have had to recode our own A* pathfinding service.

What can we expect soon?
We will continue to push for the all important open Alpha demo. Also with this monthly updates can become more common and maybe push into weekly updates soon.

Glad to see you guys are putting out a lot of updates recently.

Nice. Looks better than at start.

Hows about the sounds? They go over graphics for me.

Also when i watch those screenys it makes me same kind of tickles as rainbow six vegas 2. Great game..... Both.

Yea so much RSV2 in this :P

Its kinda looks like you are going trough a wonderland with these unreal lightning/bloomeffects.
I like the menus, simple and clean.

Yeah the bloom effects are a real pain to control in Unreal. Will be working to get it more perfected in the future.

This is looking great guys!

Many thanks to your kind comments.

The game is not using first person weapon models at all so animating the weapon into place causes clipping issues. Instead each weapon is built with a bone where the camera should be when looking down the sight. The game receives the command and moves the camera to the ironsight camera. Hope this helps.

things are starting to shape up nice :D