A break down of the current progress made to the game since the last update. Talking about the new pipeline of development along with design and the implantation of the AI system.

Hello and welcome to the first update in such a long time! Most of you may of thought development may have ceased or I've just forgotten about this project. I hope you will be glad to hear this is far from the case.

So what have I've been doing?

The first thing I've been doing is developing a pipeline of development which has seem to improve productivity and structure. This involves writing in depth how systems will work along with what parameters I have set around these systems. By parameters I mean how much depth the system should have, what it's meant to do and the theme of the game. This should allow for more depth and usability along with more cohesion between systems. The GDD (Game Development Document) is half way completed and this is where the blueprint of the game is. The size of this currently stands at over 7500 words and will grow larger over the corse of development along with notes and additions.

The game has also had more features added which includes but not limited to; range weapons, a mansion, base animations, post processing and most importantly AI. 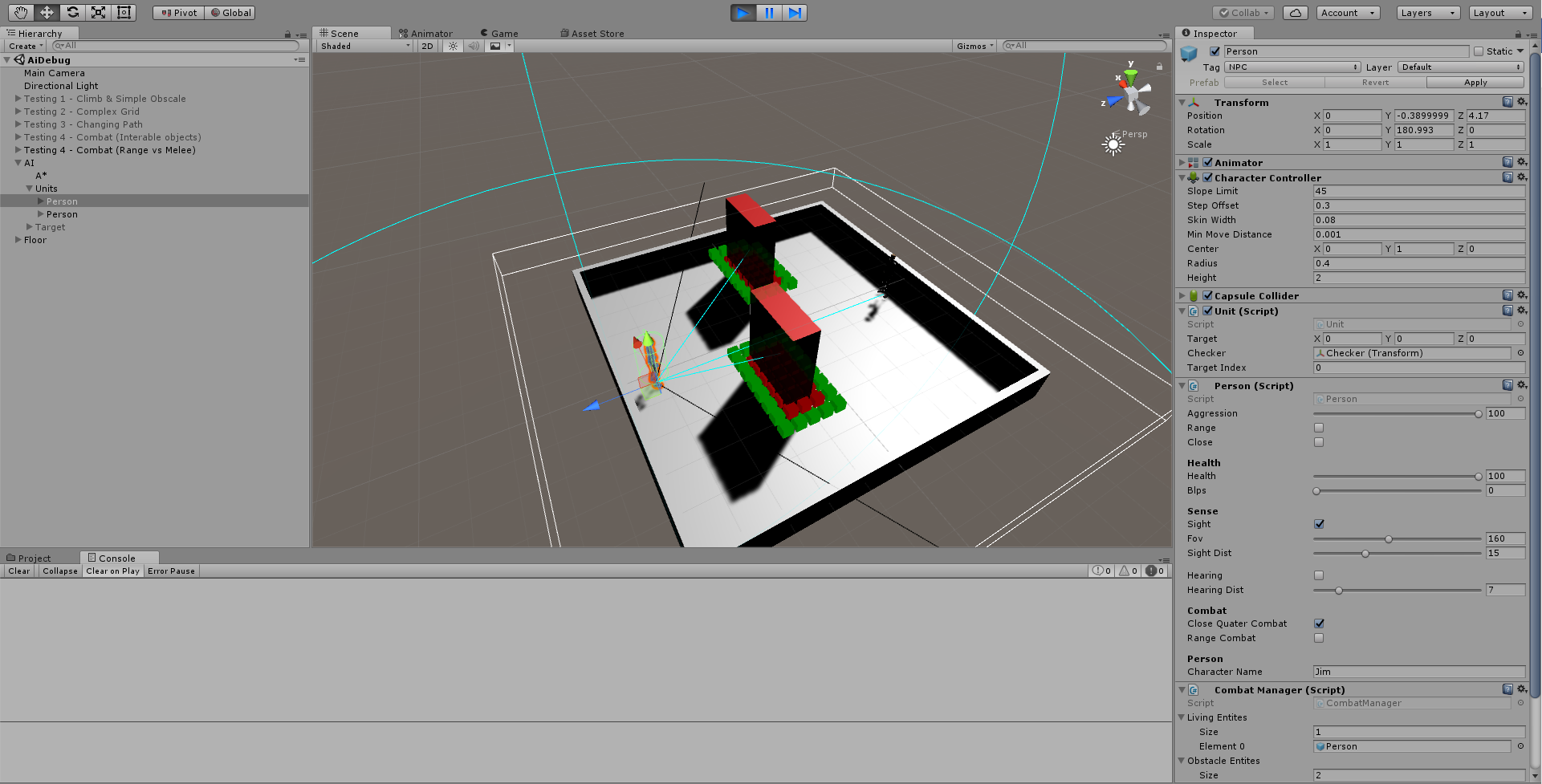 The AI system is nearing a stage where it can be shown off in full and tested. The system includes dynamic environment interaction (kicking people into fires, chandeliers being dropped for example), cover system, intelligence system and dynamic movement. What is currently implemented is the path finding element allowing for the AI to find its way to anywhere within the world with weightings (e.g. It will pick roads over fields etc). The AI can also use the dynamic movement system meaning that they can crawl, climb, jump over and roll over/under obstacles. Cover system is near completion, simple cover rating is implemented and closest possible place but an issue with finding the correct position. This means that the dynamic environment interaction and intelligence system needs to be added. These systems will allow for more variation in the way the AI react and should make it more interesting to play and more varied scenarios.

I hope you are looking forward to hearing more!

Can't wait to hear more about this project! I followed in 2013 and I hope you get to complete the project that you've been envisioning since then!

Thank you so much for the support, I cannot express how much this means to me. I hope so too!