Hello Sengoku Jidai fans! I've got a big surprise for you. You're going to love this progress report! :)

I want to begin with a huge thanks to Phlpp (Original developer of the Gekokujo) he gave me the permission to use Gekokujo 3.1 Beta source codes and gave me the needed files. In other words you guys are going to love the new features thanks to Phlpp/Marty! Apart from the Phlpp's codes all the other contributers/owners of the scripts will be credited accordingly with the release of the new version!

As you can understand, the mod now benefits from many features that were originally in Gekokujo v3.1 ! (That was the surprise :))) )

1- Start the game as a faction leader. You can now start the game as a faction leader, you will be able to rule any clan you want. When you start a new game there will be options to begin as a clan leader, after that you will be redirected to banners screen and choose your clans banner so if you want to play as the Lord Uesugi you can choose his banner and name your character Great Lord Uesugi. But also you can name your character to whatever you want and choose any banner you want. So you can Roleplay as the leader of an existing clan or you can create your alternative history. You will be able to choose the culture of your clan from the camp menu to recruit the troops you want or your custom ones. Its up to you! 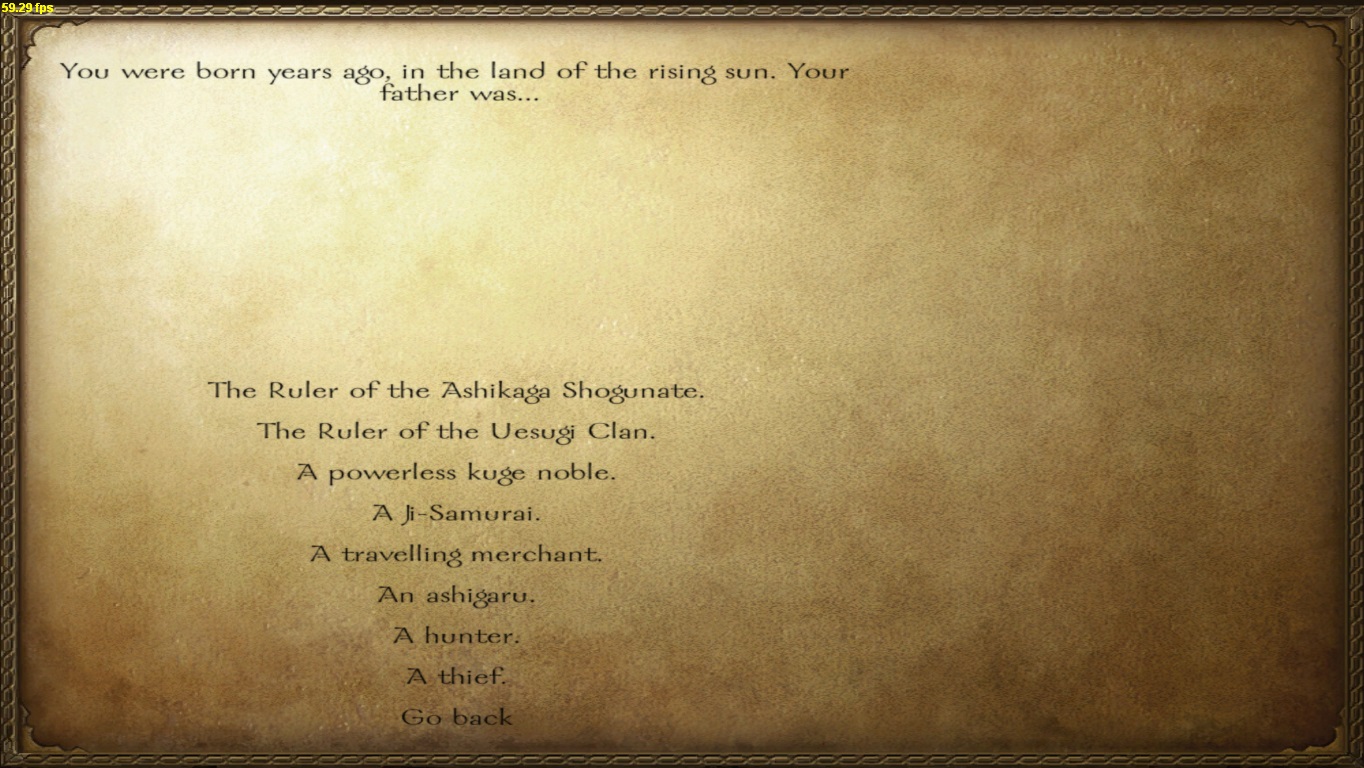 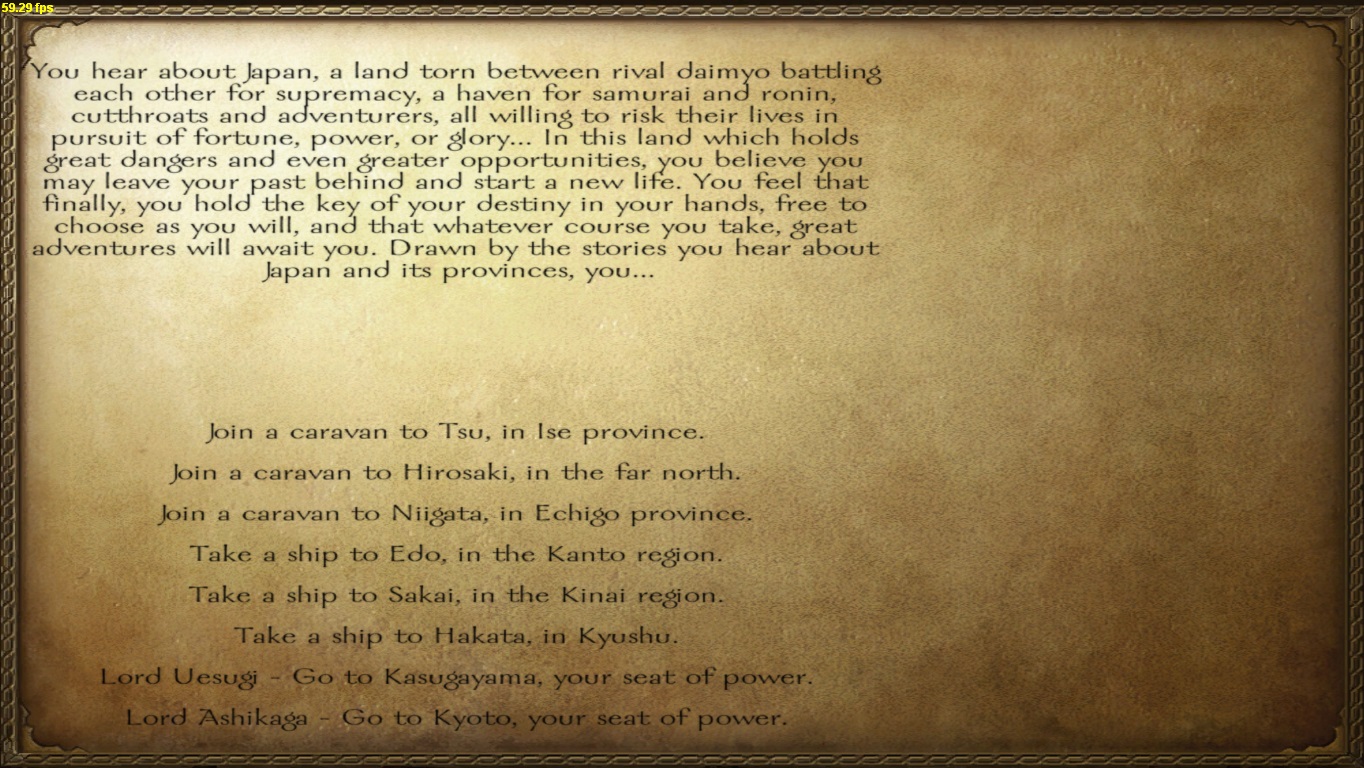 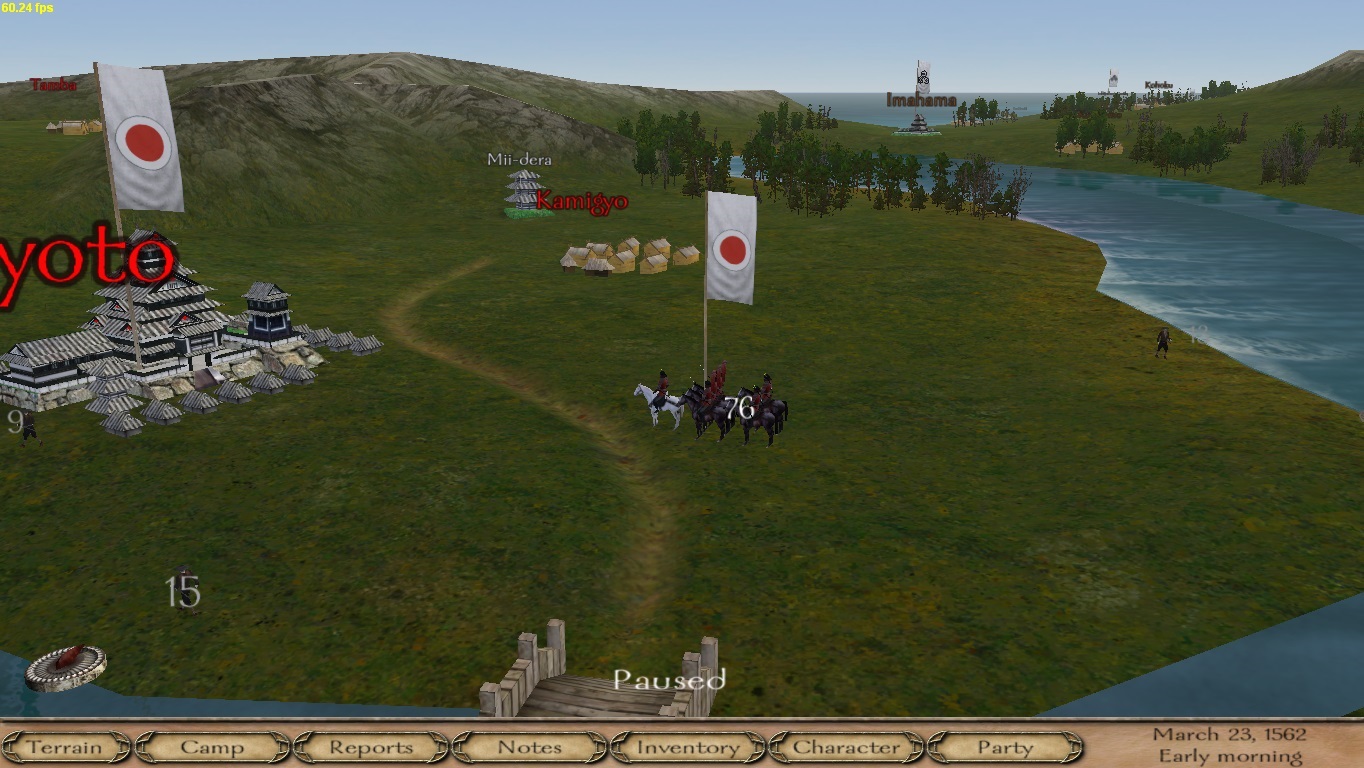 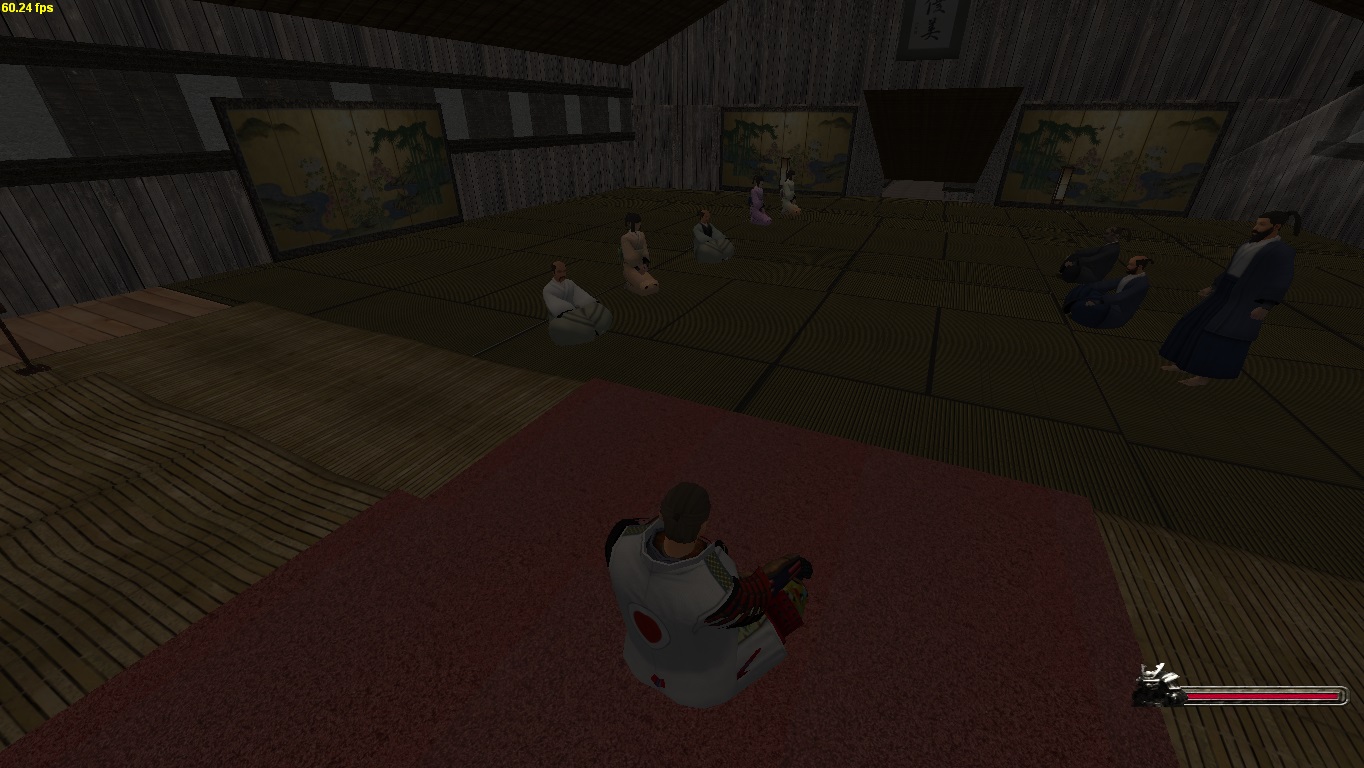 2- Sieges with gates. Most of the siege scenes will have destructable gates not all of them tho, because some of my new scenes would be too defender favourable with that but 90% of the scenes will have gates. You can turn off this feature from the camp menu. (Phlpp's code from 3.1beta) 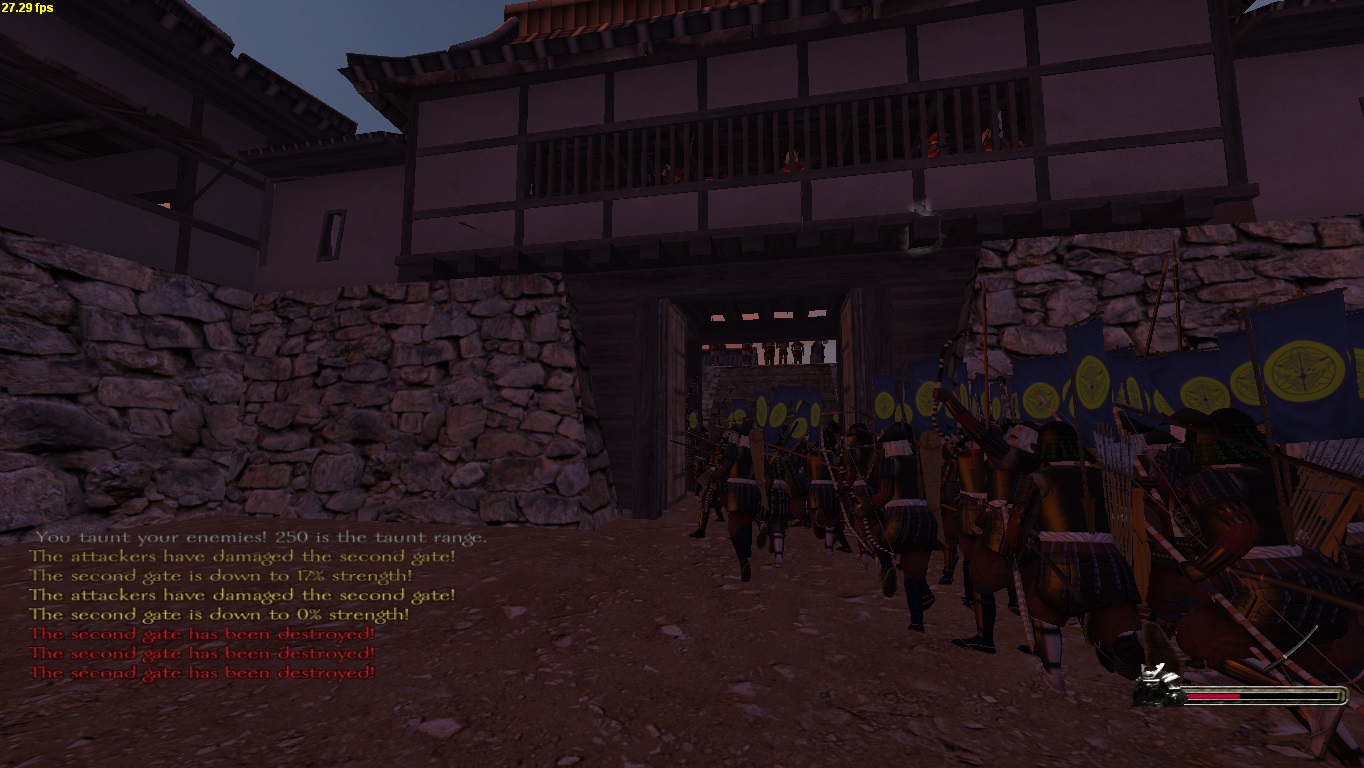 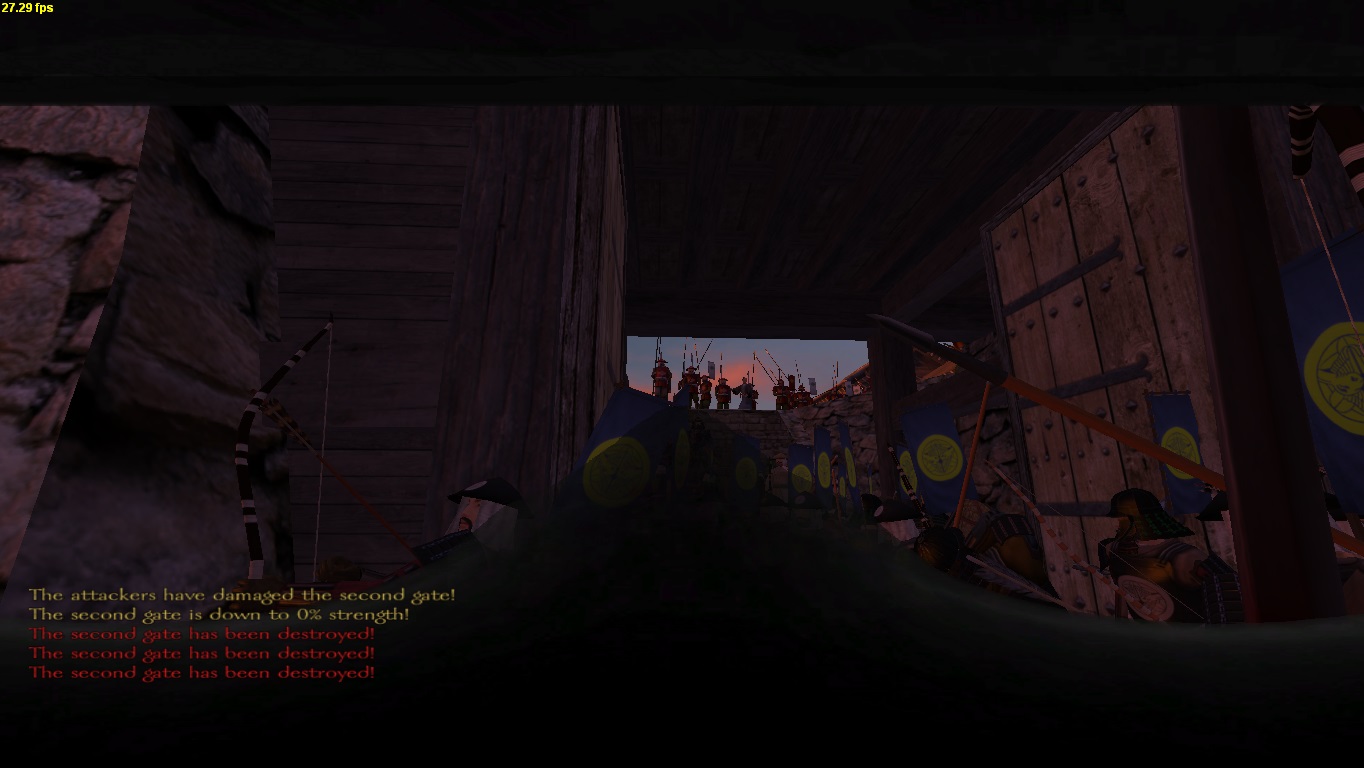 3- You can now work in villages and towns to make money. (phlpp's code) 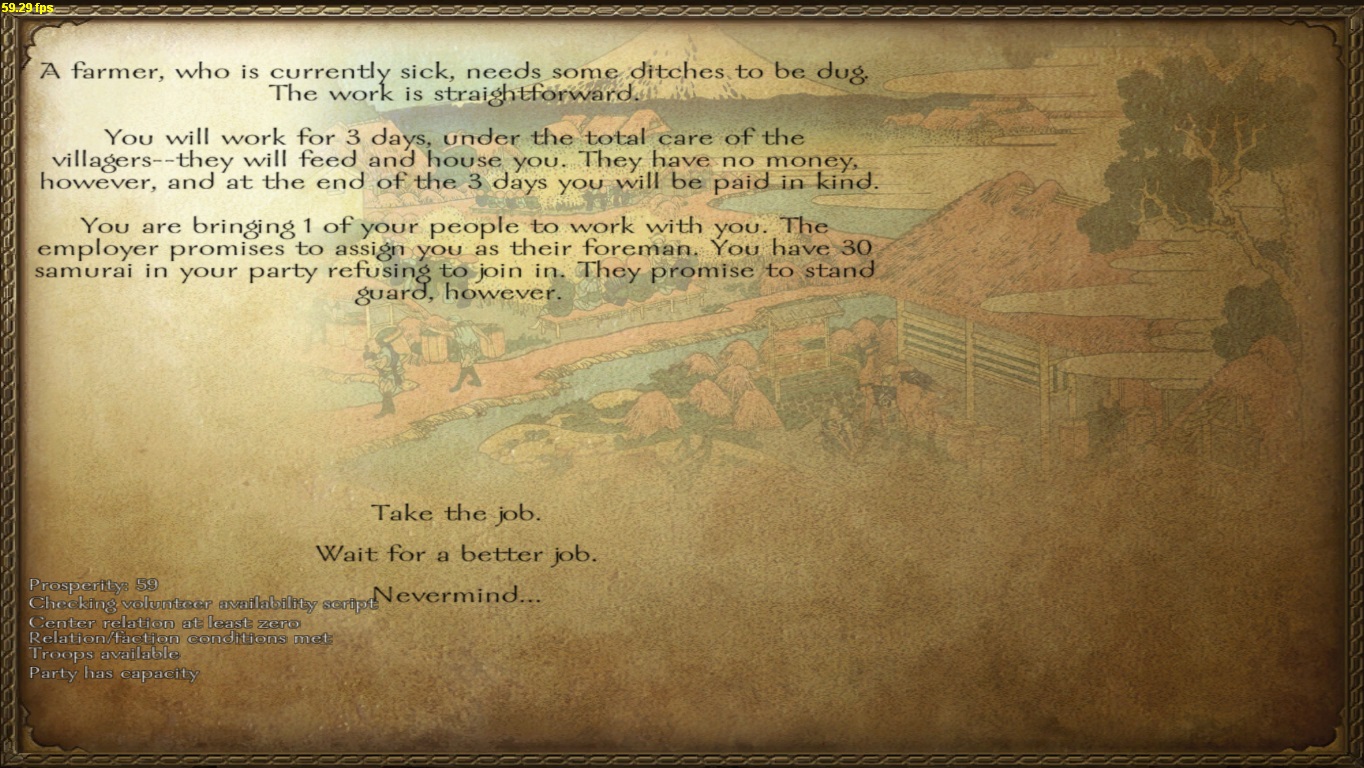 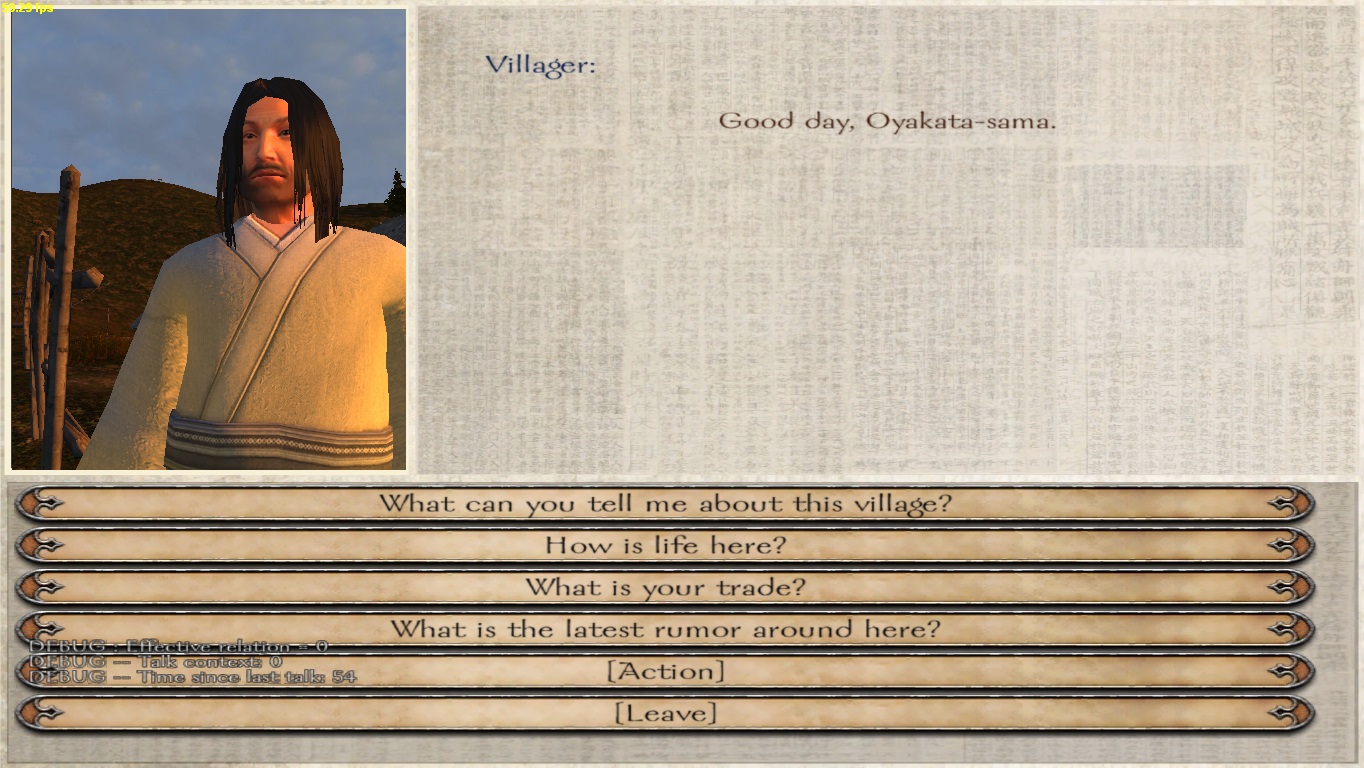 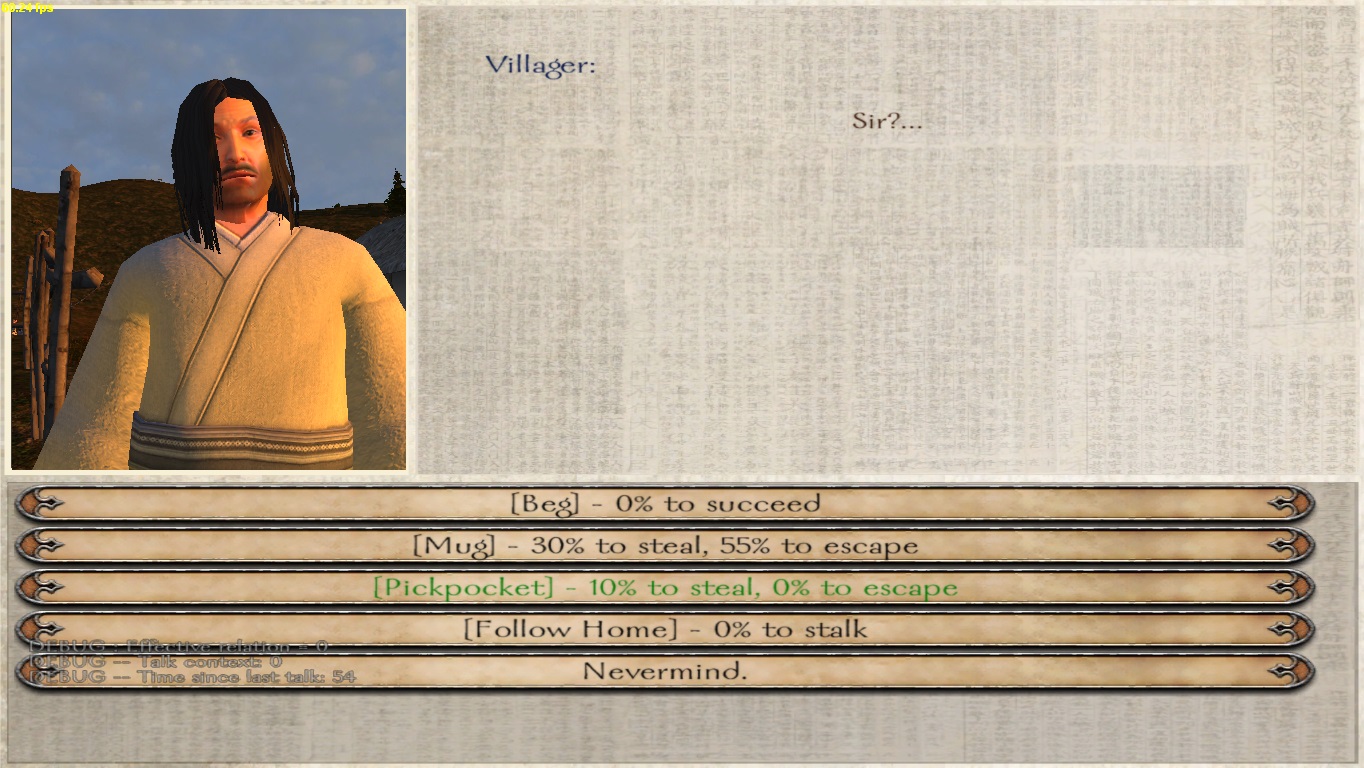 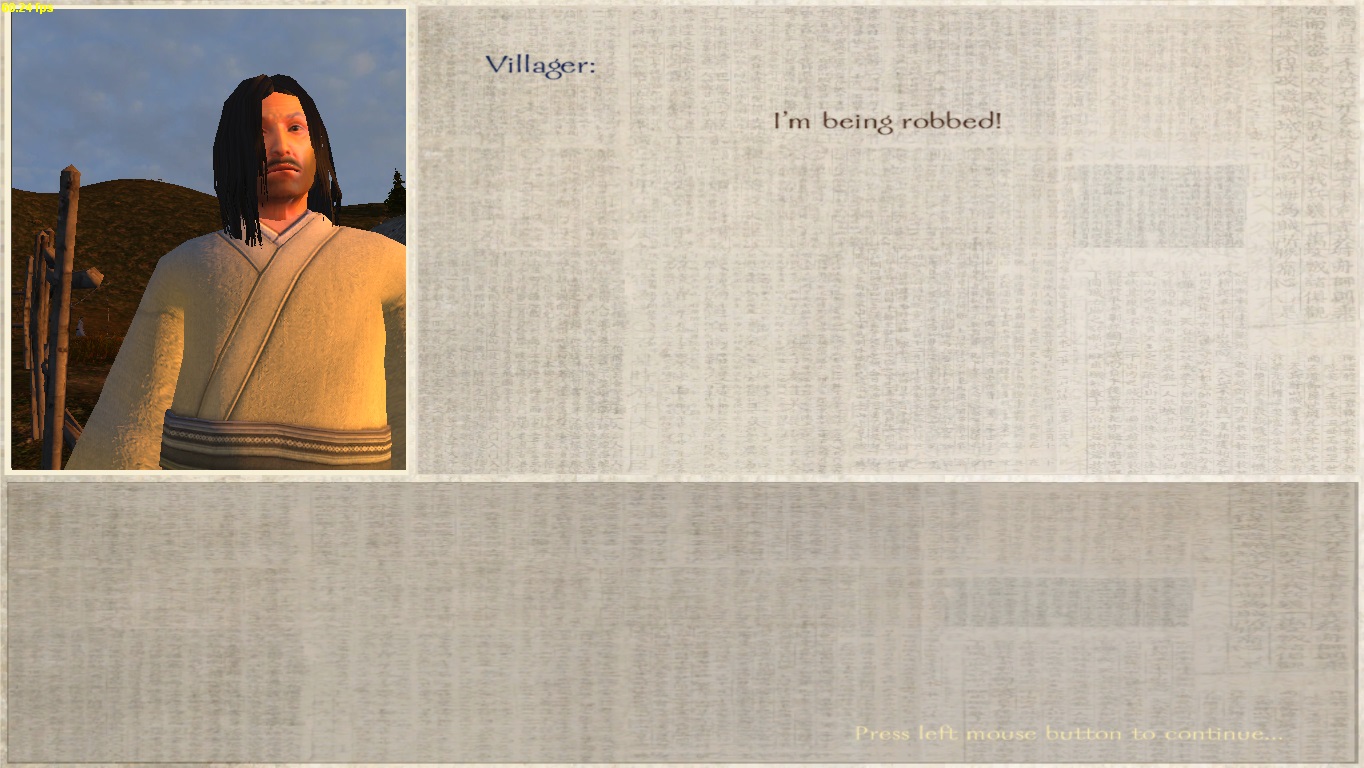 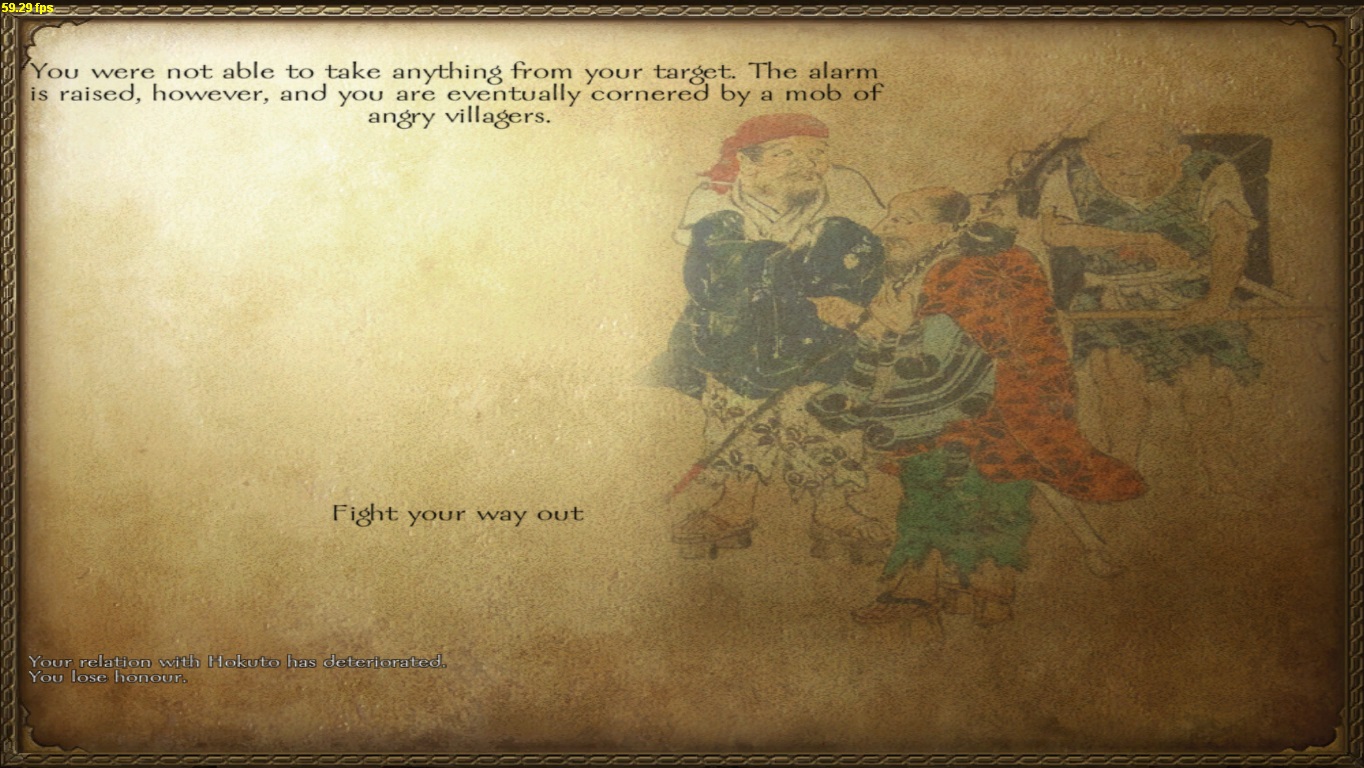 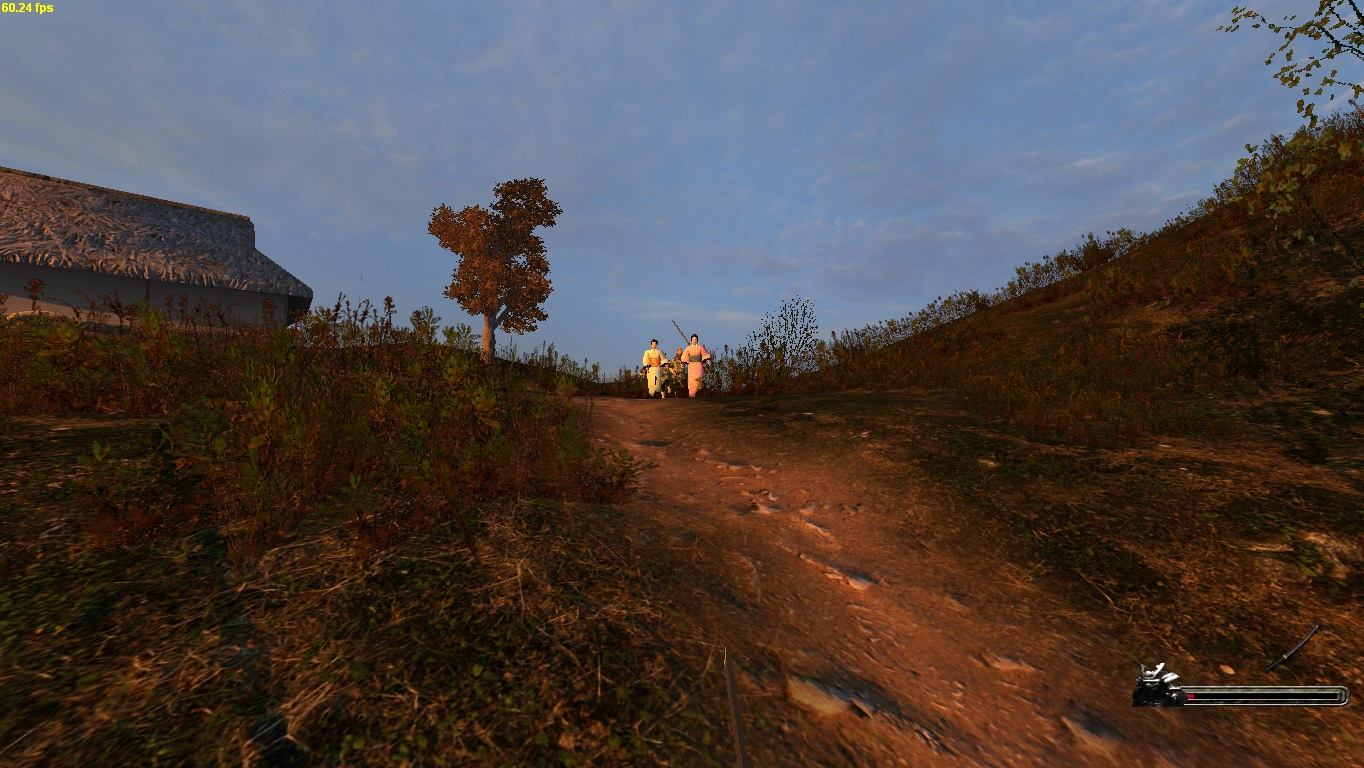 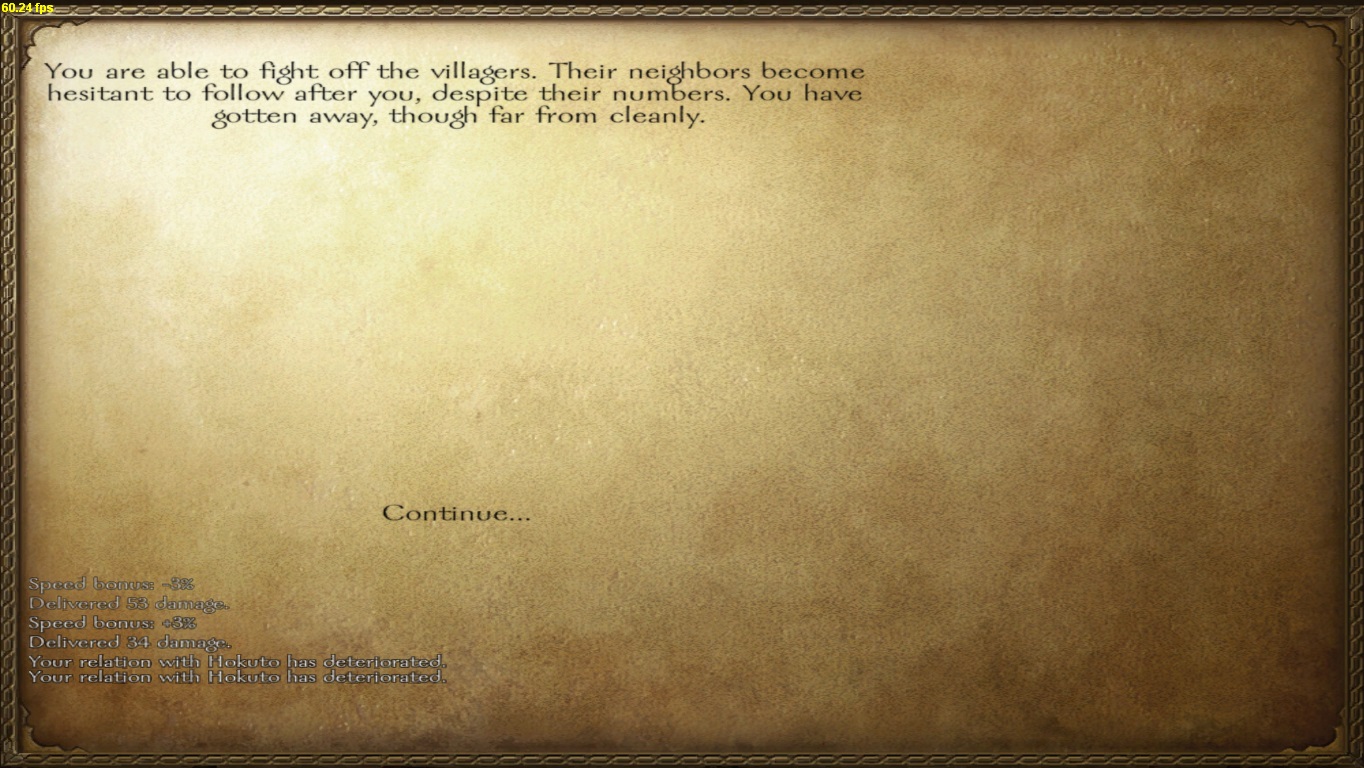 5- Random encounters. If you travel with a small party then there's a chance you will encounter random events. You can reduce the amount of the events or disable them completely from the camp menu. (Phlpp's code) 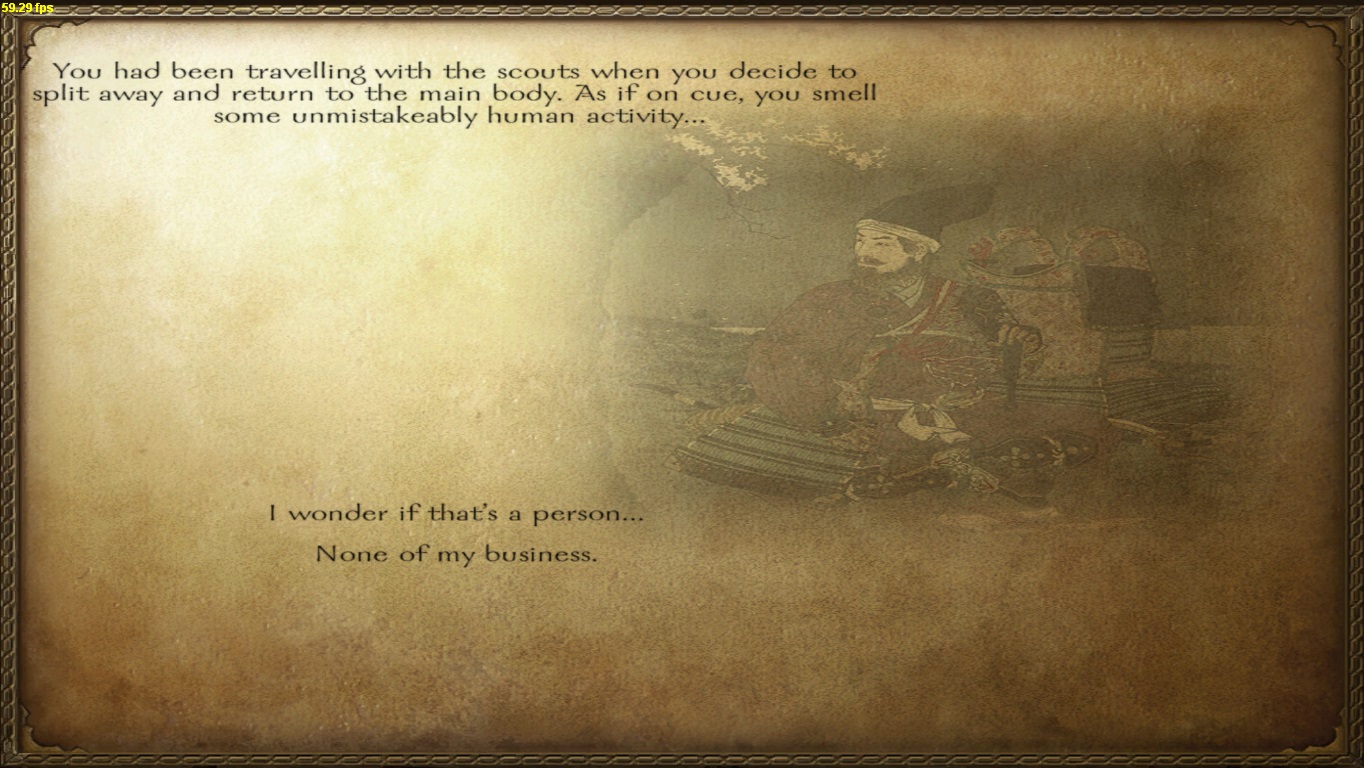 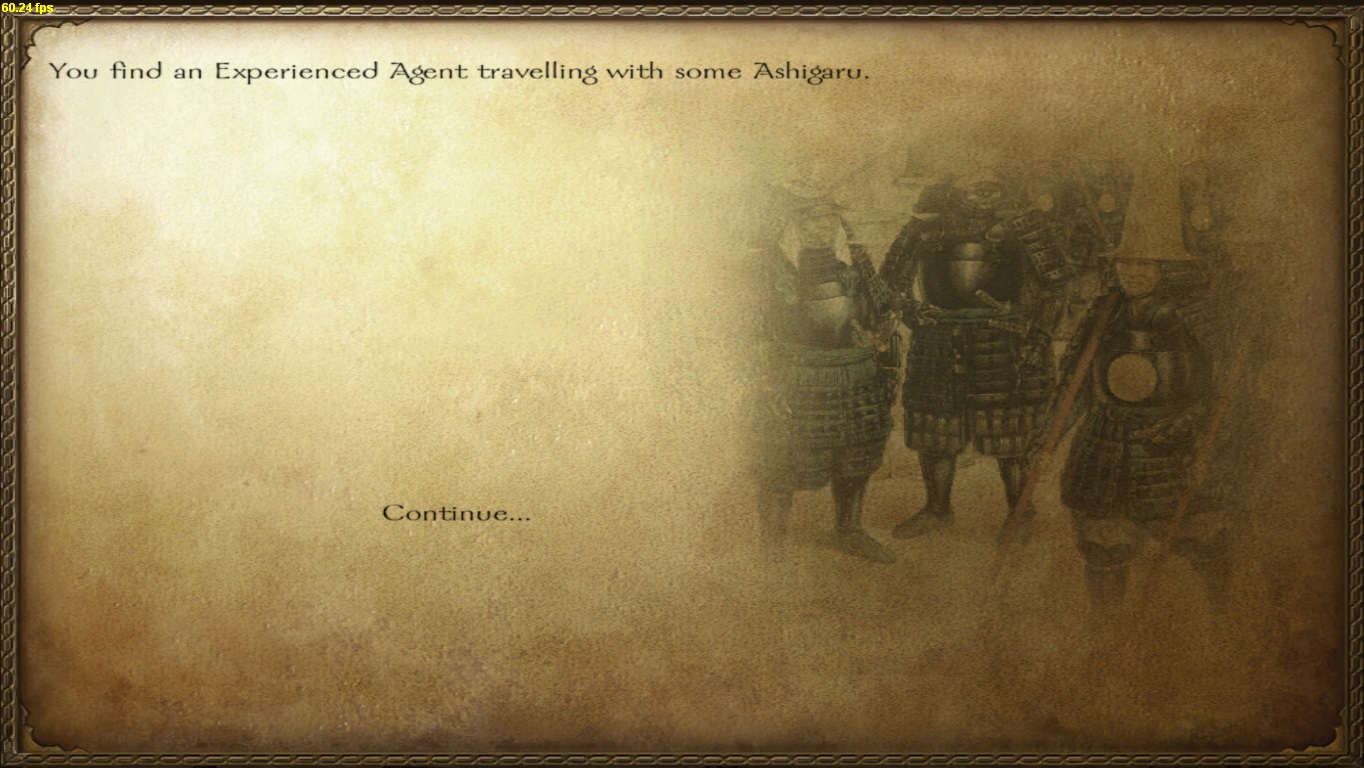 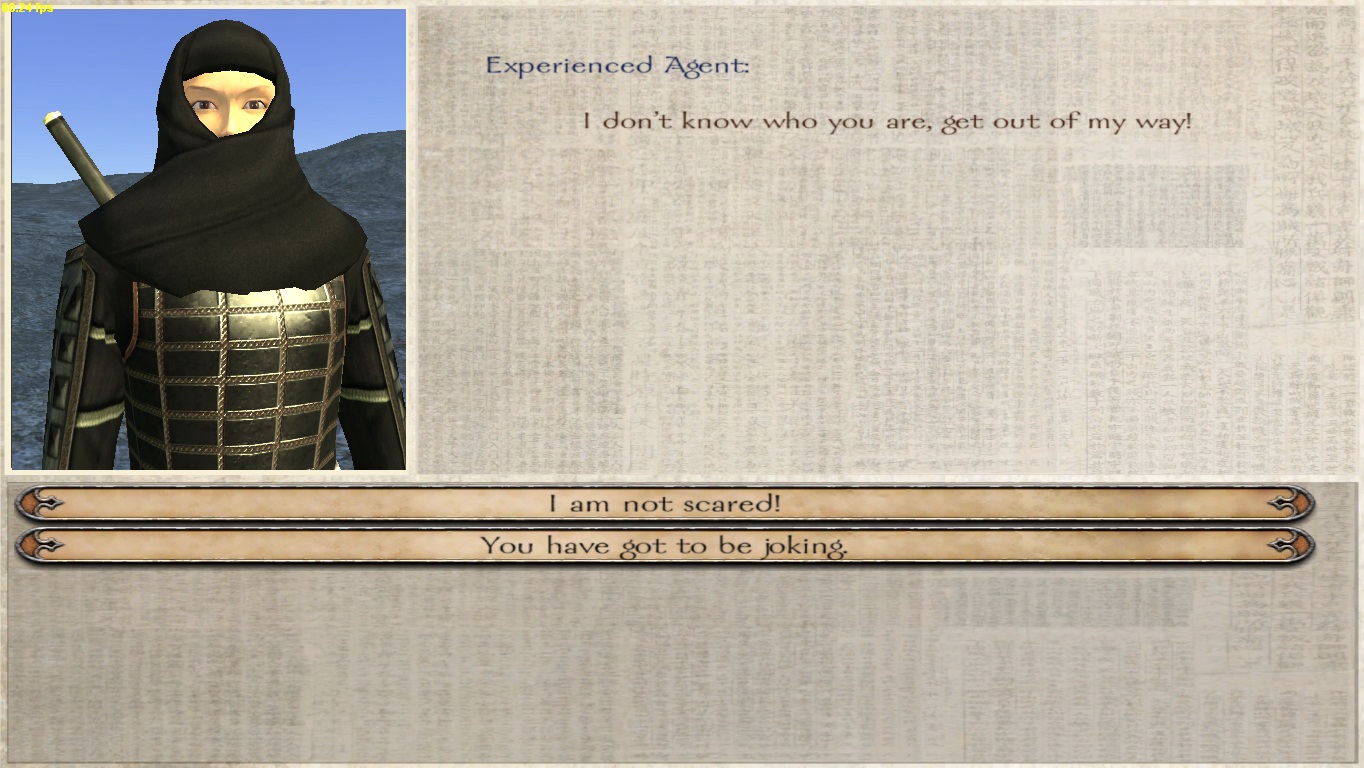 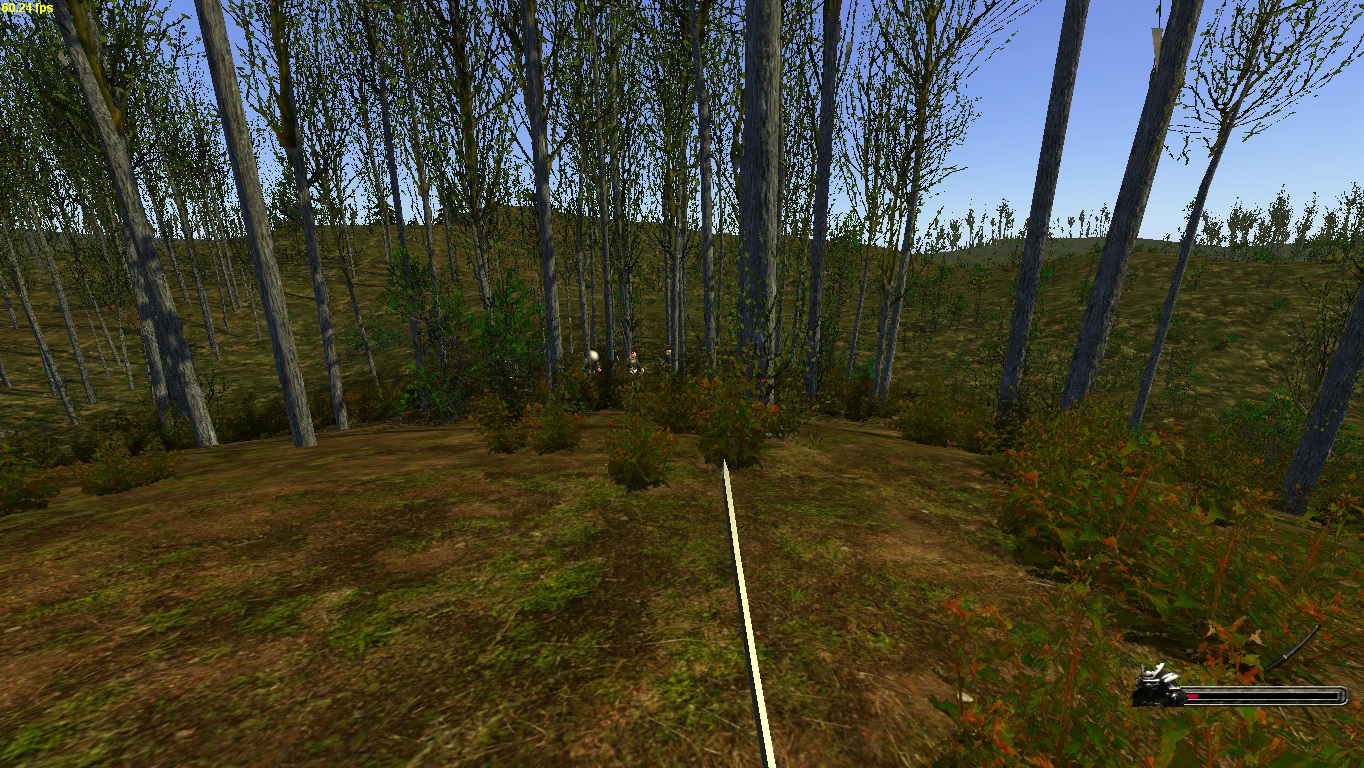 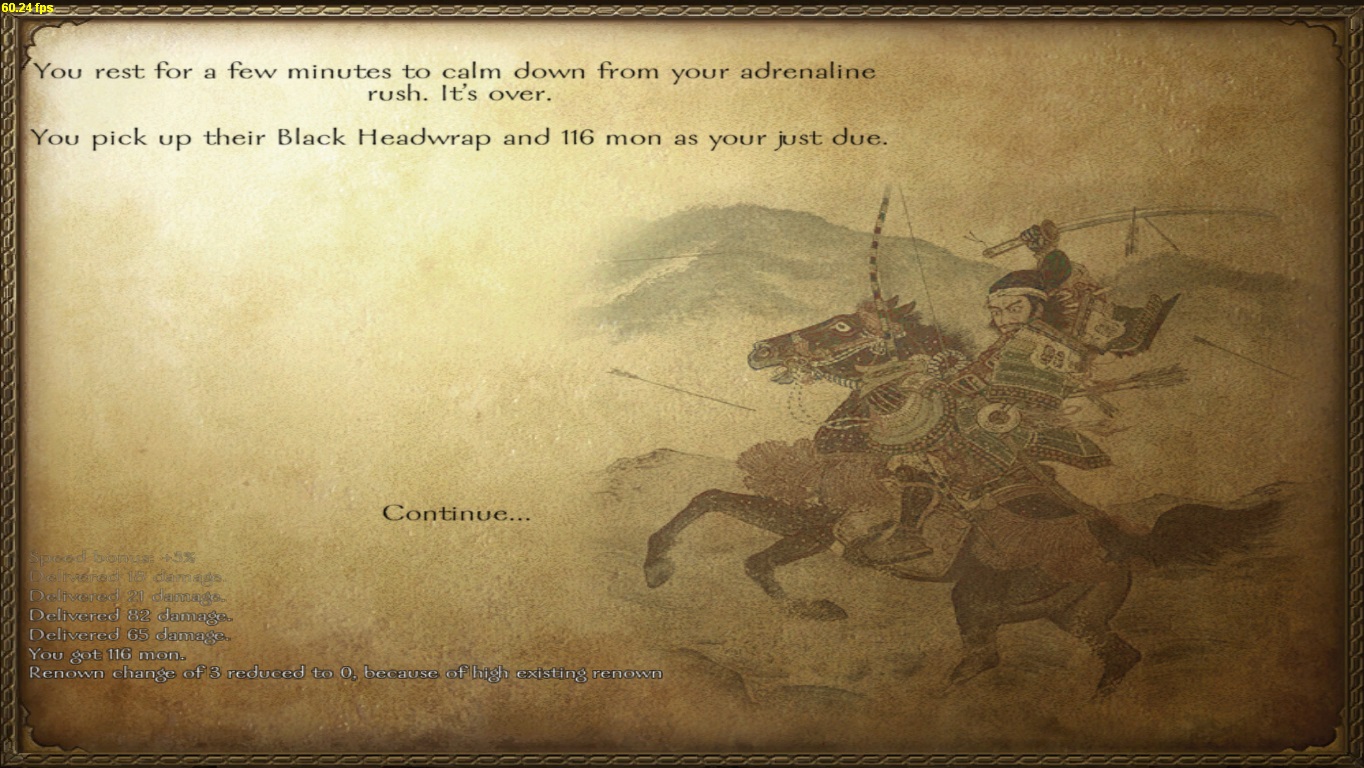 6- Wound system. You will get wounds if you get serious hits in battles. For example if you get hit by a nodachi to the head most likely you will be wounded and several skills of yours will be decreased until you heal. Resting in towns/castles will help you heal faster and after that you will gain your skills back. 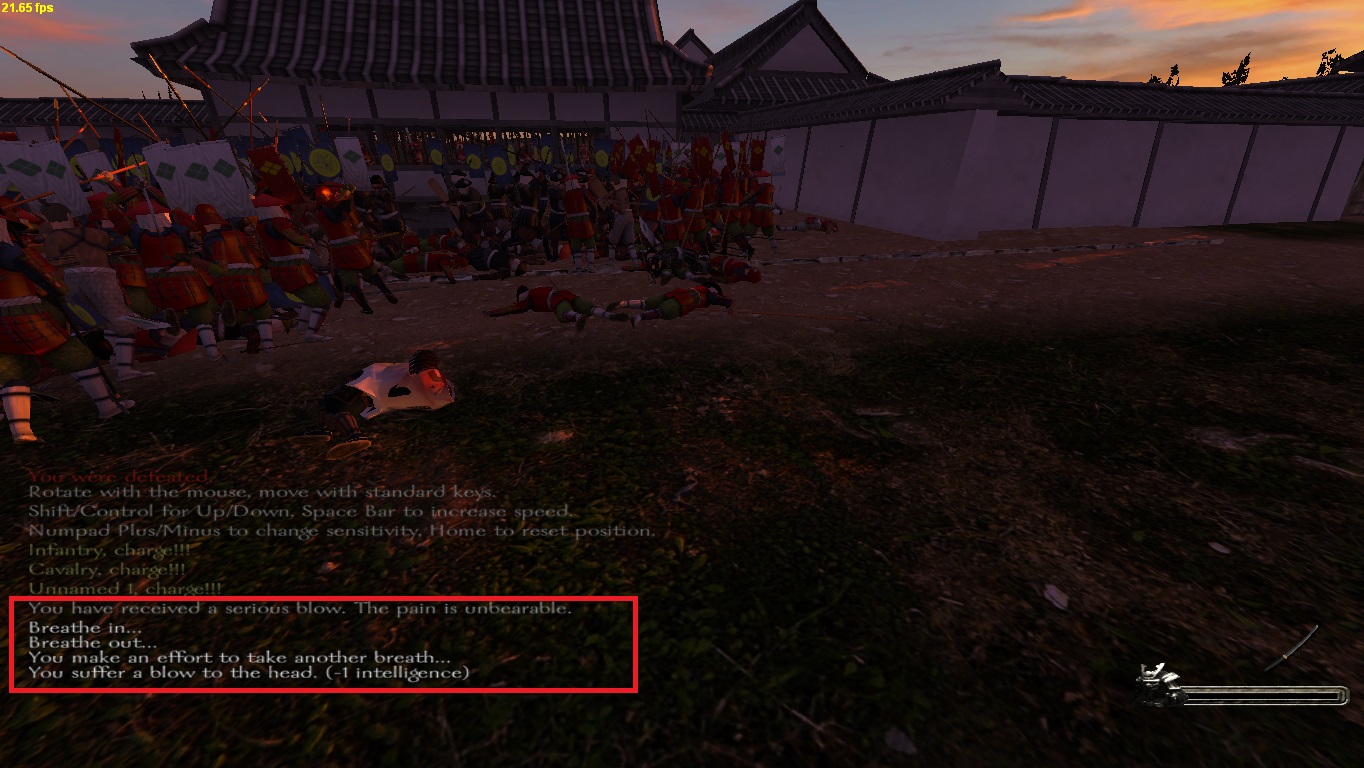 7- Now companions can choose banners (that was bugged in v2.2). Also each time you start a new game and make a companion your vassal, he/she will choose a different banner. Its a good little feature to keep every new game unique.

8- The samurai will use 2 party slots instead of 1. So they will be counted as 2 people to prevent player recruiting too many samurai and dominate every battle he/she fights. The AI lords depend heavily on ashigaru troops (about 70% of their armies), so forcing player to recruit more peasants is good for balancing and its also historically realistic because samurai were rare in the armies. It can be turned off from the camp menu. (Phlpp's code)

9- Rebellions! If there are 10 or less factions left in the campaign theres a chance that defeated clans (loyalists) will rebel. The late games will be pretty interesting with this feature as şt can slow down player to steamroll all the other clans. (NOT YET TESTED BUT PROBABLY WORKS. Phlpp's code)

Bugfixes : It seems that I managed to fix companion bugs related to diplomatic missions etc. I sent them to several missions and they came back with no problems and my character didnt switch with their characters aswell. Will do more testing.

Sashimono bug also seems to be fixed thanks to Phlpp's help! They dont go blank anymore.

And finally the camp menu where you can turn on/off new features. 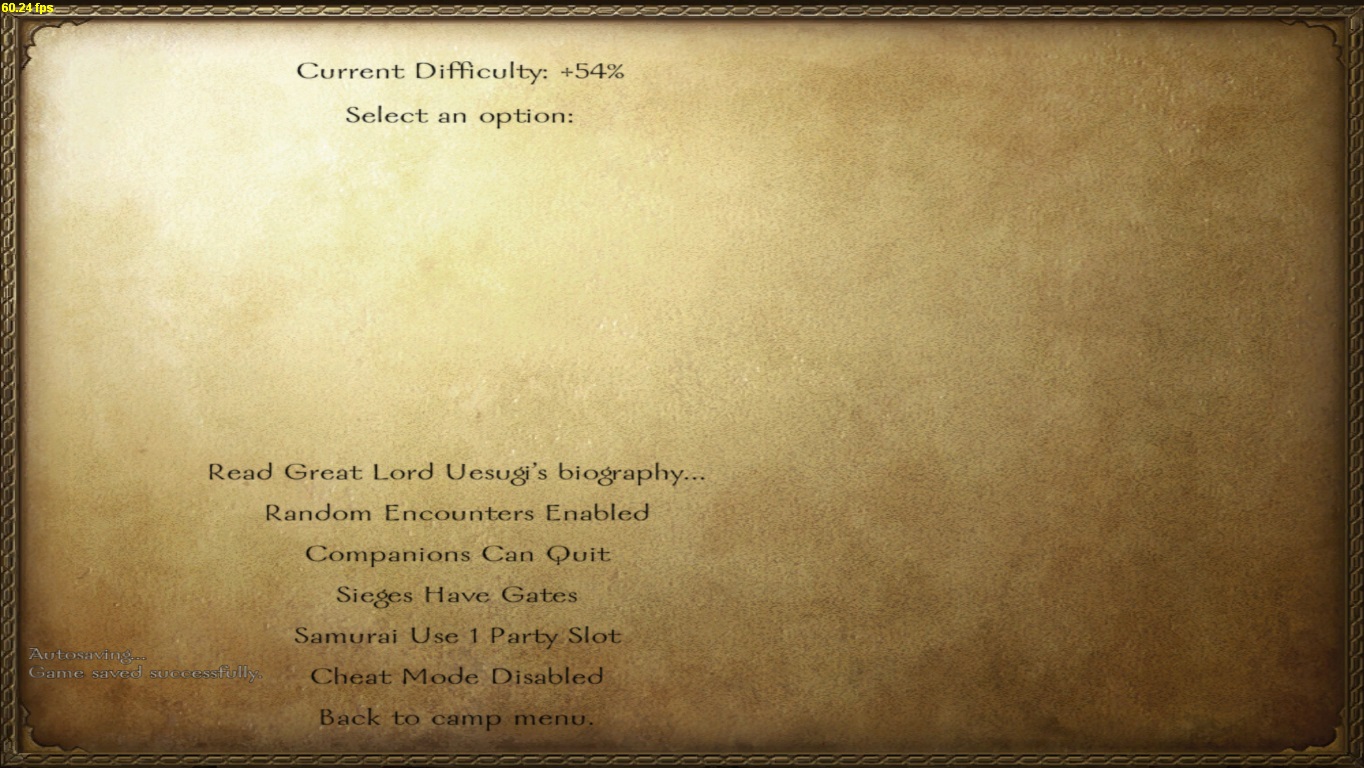 This is getting better and better <3
Loved the crime and beg system :D

with every update I get a little more excited.

Can't wait for the update.

Could you please make the Diplomacy Staffs(Army Inspector,Treasurer and Administrator) sit down like the rest?

And i hope you don't use the Gekokujo 3.1 World Map Texture because it was too damn bright.

Question: We can have our banners emblem/mon displayed on jinbaoris?

Making the Diplomacy staff sit like other lords will make tavern keepers village elders sit too and it would look a little awkard seeing a village elder sitting in dirt and mud. But im still thinking about it.

I wont be using 3.1 textures because I already recoloured all the map and flora textures myself on the previous versions.

And no you can have your banner on jinbaoris unfortunately. Warband's heraldry system doesnt exactly fit on jinbaoris it looks rather ugly. But you can always make your own jinbaori if you know how to edit a texture. There are many tutorials on the taleworlds forum on texturing.

Thanks for the reply! But if you can't somewhat find a way to make the diplomacy staff sit like the other lords, you could put them somewhere beyond the Lords desk or wherever it fits just to make the atmosphere realistic inside a castle/town hall.

Good morning!
Par. 7 is very interesting.
Can I be cured by myself or will I need to look specifically for doctors?
And once again I repeat the question, which was not answered at the forum.
Tell me, please, you do not plan to make the protagonist (Hero) mortal, as in mod in the 1429 La Guerre de Cent Ans?

Very exciting! Thanks for the updates.

This is pretty cool stuff you're working on, can't wait to try it out. but i have a small suggestion, could you add light to interiors? like light shining through thoes..."paper walls" er whatever, like in those inns? in some houses and so forth. torches on city walls, torch poles on roads up the the city gates. you know more light sources in places that would have them/need them.

Rcruiter bugs are all fixed and inventory bug seems to be fixed aswell i need to do more testing.

great! awesome job you are doing... gettin' better and better!

The Ashikaga Shogunate satisfied me. And how is it worked out? The shogun out of Kyoto? Or it was replaced by the place of the clan Miyoshi?
( Sorry for my bad English)

So let me get this straight, you can customize your own troops like in perisno??

I didnt play Perisno but yes you can customize your own troops via Morghs tool.

To say I'm elated to read what's coming on the next update would be a complete understatement.

Thanks for making my day, Aruda! (or I guess night)

Can we call back the horse?

So when is there going to be an update. As right now i'am really looking forward for this.

Can't wait, Aruda! I wish I could write as much as @Date_ but... Just keep up the great work!

More ninja quests would be cool

Definitely the most diligent modder I've seen in the community.

+respect for making the best historical M&B mod ever.

Thank you very much :) I really appreciate the support!

oh man that what i wanted
make my own clan troop ..... btw great work aruda