Progress report for the new version of Gekokujo Daimyo Edition

(These are mostly OSP scripts implemented by me into Gekokujo - Daimyo Edition. Creators of these scripts will be credited accordingly with the release of the new version!)

1- Player can sit in agura just like other lords by pressing V key while in lord's halls. 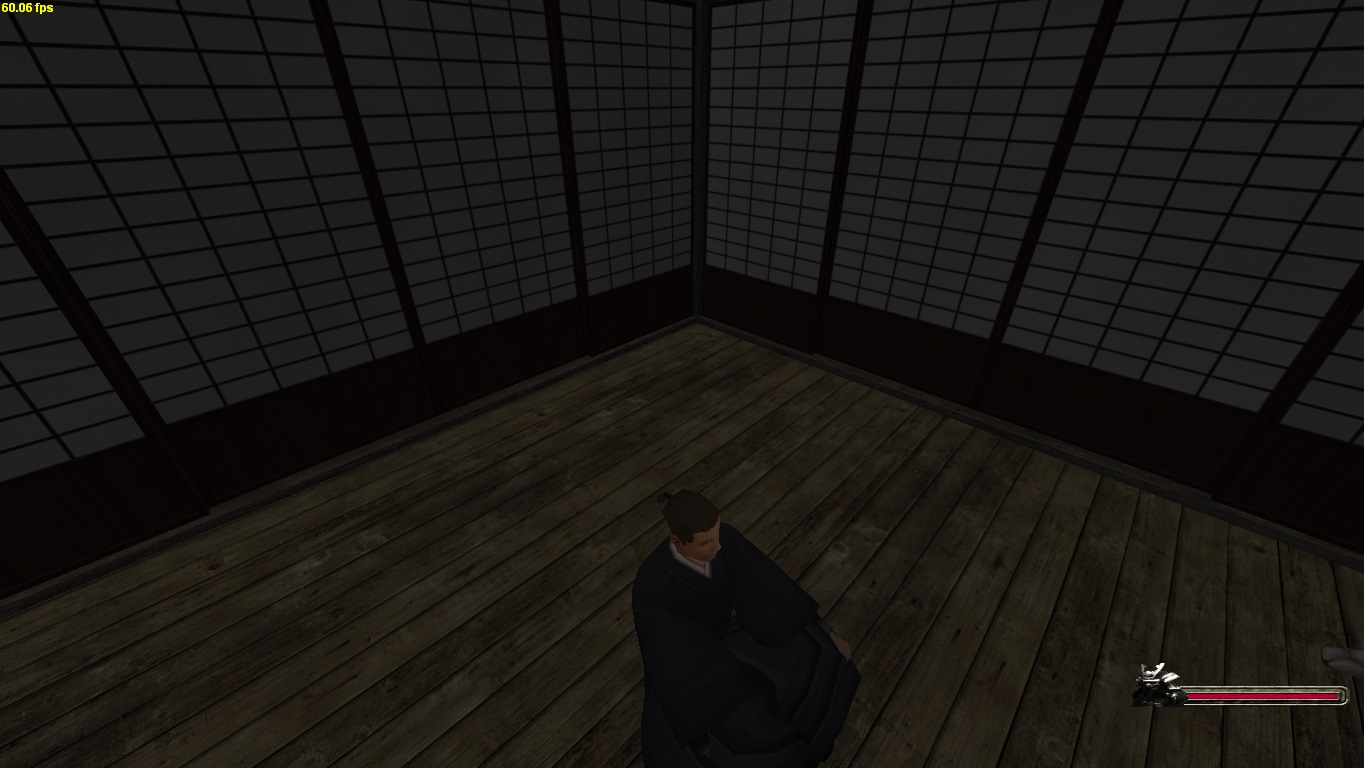 2- Taunting : Player can taunt enemies depending on his/her ironflesh skill, higher the skill, the more enemies will come to attack you. The skill can be activated every 3 minutes. Activated by pressing N key.

The enemy will charge at the player after their lord give them charge order and after they break their formations. Their archers/gunners will try to shoot the player first if he/she taunted them. Also only a handful of the enemies will charge the player (depending on the player's ironflesh skill). 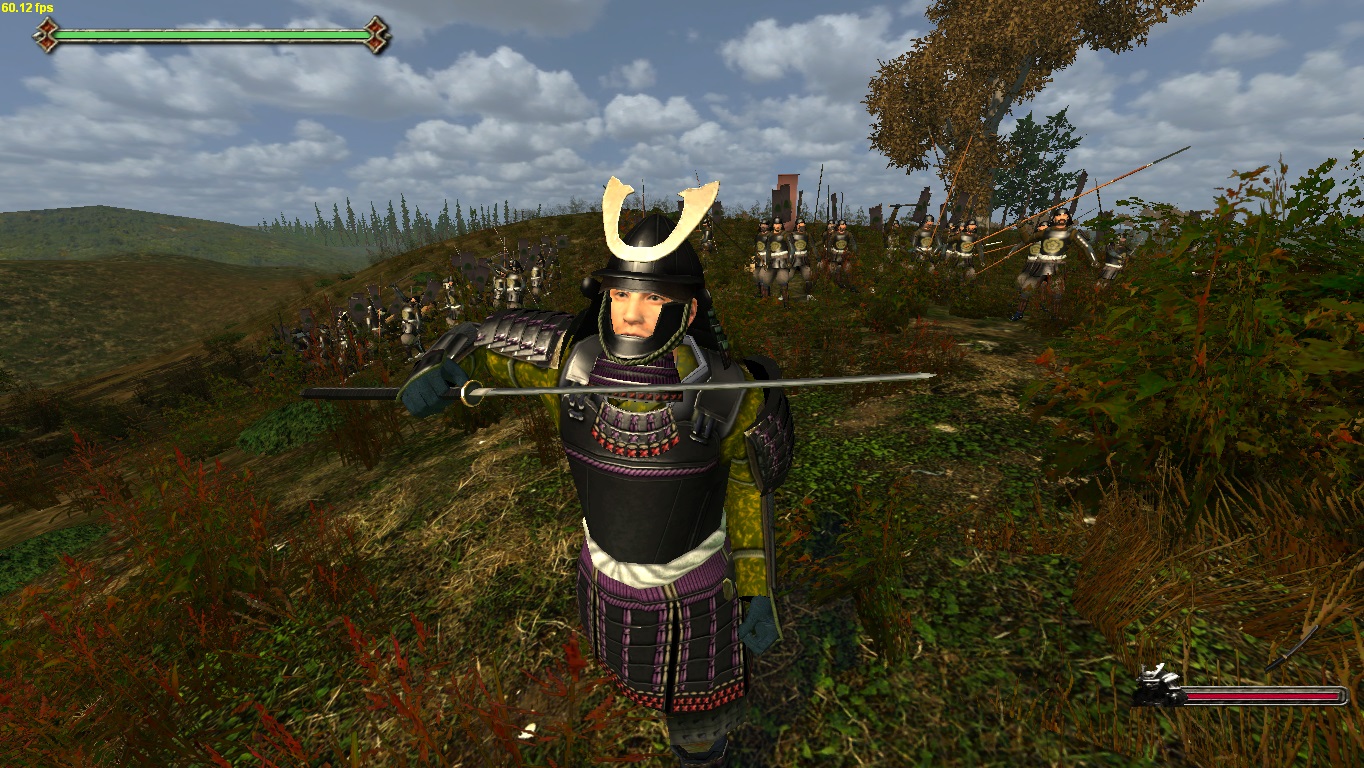 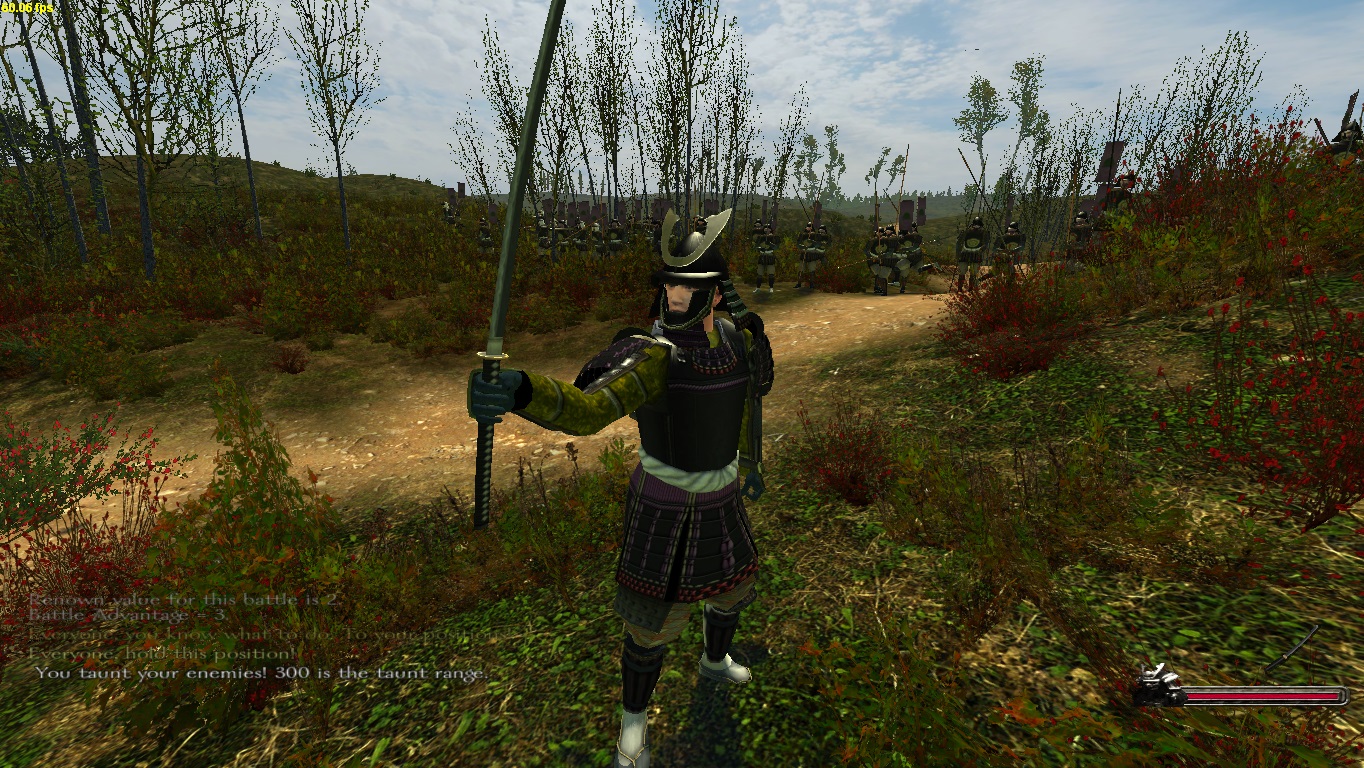 3- Player character can now shout commands! When you order a charge your character will shout the order.

4 - Restoration : If a defeated clan still has lords then there's a chance that clan will be restored. Remaining lords must capture a castle or a town to revive their clan. 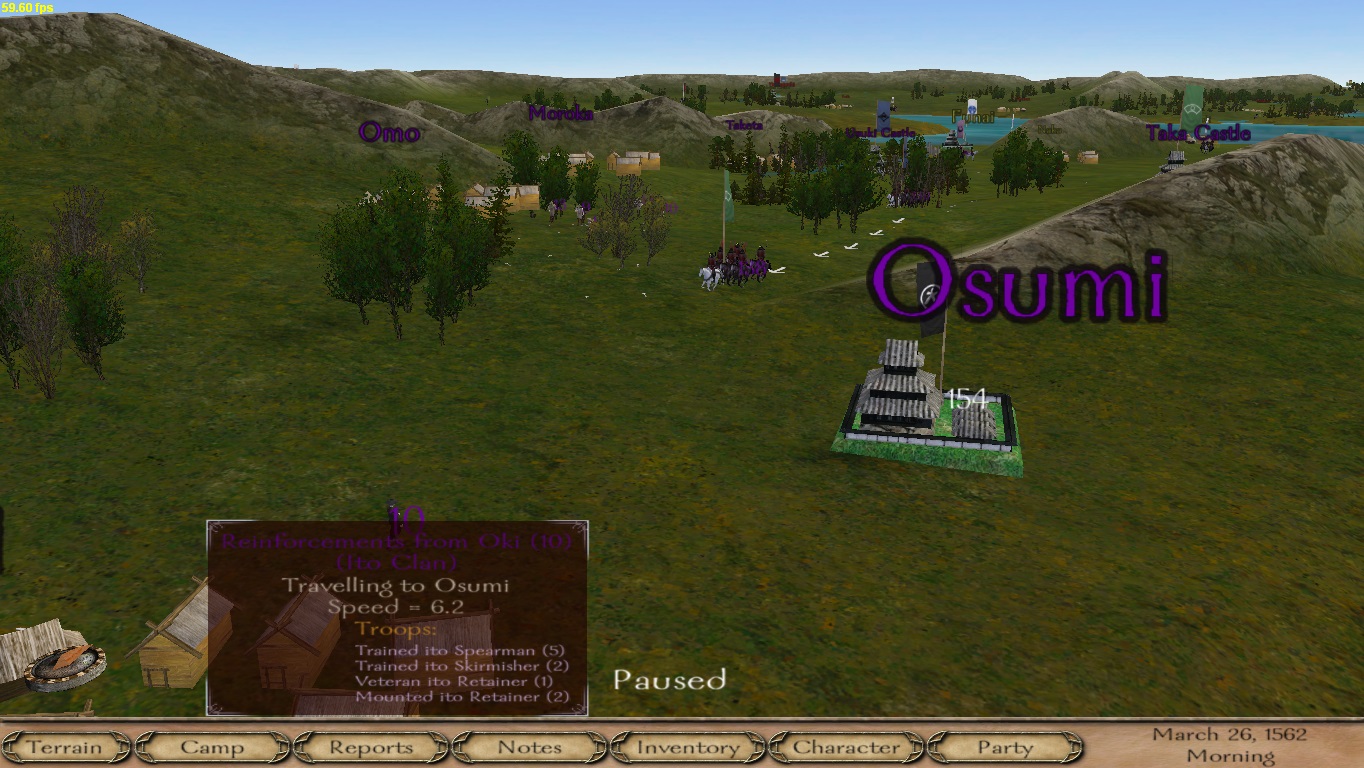 6- Kill/free/recruit captured enemies. Talking to them directly from the party menu will allow you to choose different options. 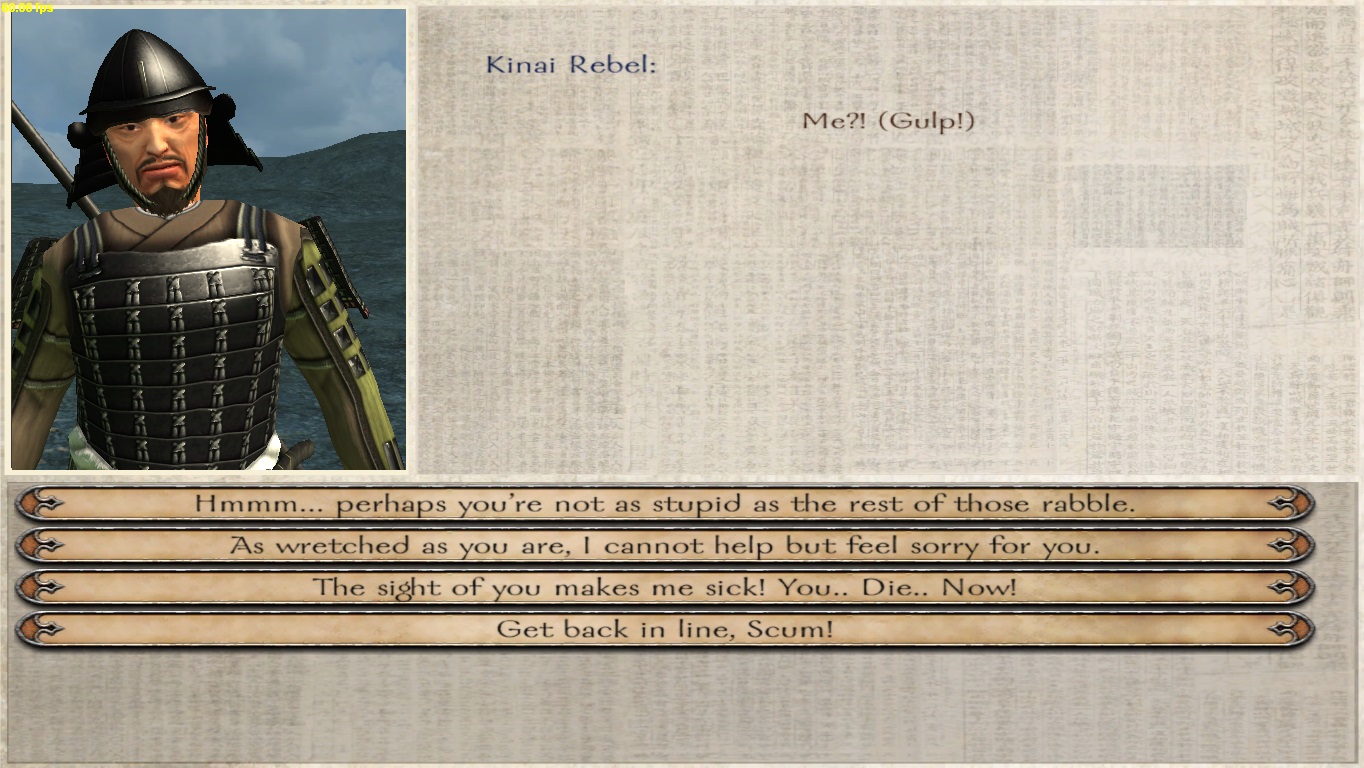 7- Kill enemy lords! You can now kill enemy lords including the Great Lords (Faction leaders), killed Great lords will be replaced by the lord who has the highest renown among other lords. BEWARE the killed lords will not be replaced by a newly generated lord so if you kill an enemy lord no new lords will be spawned in his place! So you will have the satisfaction of your victories by executing them. However killing them will make other lords/ladies angry and you will make new enemies, so I advise you to execute lords only when necessary otherwise other clans may be angry at you! (You need to form your clan to execute enemy lords.) 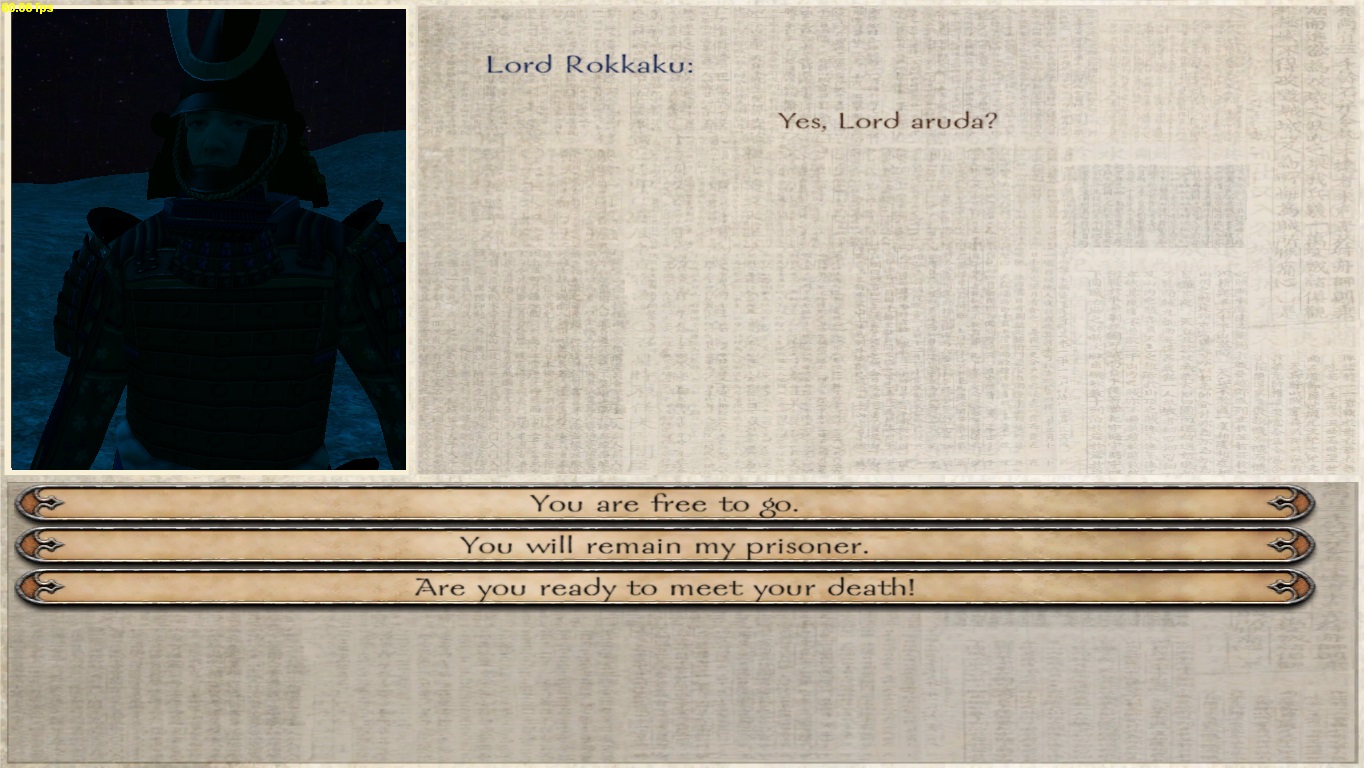 I have a suggestion.
If you can kill enemy lords, which make you lose honor.
But, you also can persuade (using persuasion skill ofc) enemy lords to commit seppuku. Therefore, no honor loss!

I thought about that but this feature will make player's life very easy if it doesnt have any impact on player himself. So no honor loss is a huge temptation to massacre enemy lords. Using this feature has to be intimidating to player because it will hit his relations with other lords along with his honor.

Can you kill a faction leader?

Ah, sorry, I somehow went through that. So what happens when you kill all the lords? A clan without vassals? Does it cease to exist or it just stays there with just garrisons in castles?

The clan will be turned into a neutral faction with their garrisons/patrols intact. The scripts works like that ; Neighbouring clans will take the advantage and declare war on the neutral clan too, to prevent player from killing all the enemy lords, every clan will have 2-4 new lords and their escape rates will be higher. The clans will offer ransom more frequently and will offer more gold to prevent player executing the all the lords. Also executing lords will hit relations with other clans/lords/ladies and may make them declare war on player clan if he/she executes too many lords. So im pretty sure it will be very very very difficult to kill all the lords in a clan and survive for the rest of the game because the honor loss and relations hit will make the game pretty hard i would say.

Perhaps the addition of Ronin attacking player caravans and villages? Of course they can wreck the player's economy if he/she is not careful.

Both executing and seppuku action causes ronin to appear, but at least seppuku doesn't cause honor loss?

So that means that if the enemy is just sitting there, waiting for me, I can taunt them one by one and kill them? How this wouldn't feel like cheating?

They will charge at you only after their lord gave them charge order and after they break their formations. Their archers/gunners will try to shoot you first though. Also not everyone will attack you. Only a handfull of them will charge you. If anyone feels like its cheating its up to them to use this or not :)

You have made great work already.

I am very experienced M&B player, have been playing since 2007. Gekokujo is one of my favourite mods around, same like conversions of this. But there is some design mistakes that I want to indicate.

1)I see that you still using horses from the base mod; much better fitting to old japan setting versions are in Suguroku submod. Try to get them - if you dont like it, still you can add them to item list (like all other items from thence, including firearms and unique versions). Experienced players like me, have tendency to using editors, making mods more pleasurable to their tastes.

2)Map texture from Gekokujo 3.1 is prettier than actually used, but it's only my opinion. Simply bored by the same palette of map colours, typical for native and most mods.

3)One of the most irritating, and often copied by most mods part of the native module is absurd speed of most parties. I would like to ask you to make all of them slower, changing actual faulty time scale of actions. Module should get more strategic value by this, when player (and "nobody" in the game) will not be on many fronts almost simultaneously. It was changed to be like that in Sayazn mod.

4)There is a feauture, added in version 3.0 of Gekokujo, autor tried to make parties more agressive on map than in native and in my opinion made it completely wrong. They tend to break their marshall-following formation, making themselves unreliable in hands of player (especially in sieges) and in field making process getting to fight more frustrating than before. Especially, when you have to chasing after all of the small units in every direction. If you can change it, at least to native code. If you only can (and want).

5)There is always problem with sieges, when you cant simply go to party menu and promote soldiers, and talk to your lords without breaking siege. There is a code, used in some mods (i know there in Twilight of the Sun King, and some others), giving chance to doing it, if player is enough close to besieged location.

6)Sad thing is, that Gekokujo has not any reliable formation (for computer adversary) system, to don't let the computer to suicide their units continously charging, when player can operate them back and front on the battlefield, defending from disorganised waves of enemies. If you can improve AI battlefield, you should try make it better, for example by implementing (very good, there is some tweaks to strategic decisions on world maop too) free formations code from taleworlds forum.

7) Swords in the newer versions of Gek are too short, I think.

8) I know that it was not so transparent, but there is very few battlefields maps triggered in battles in most of the places of the world map. It's feature from 3.0 I think, making battles in the same places very boring to me. Random batllefield maps are not ideal, but they fit (with mountains and hills) very well to this setting and most importantly, gives addittional tactical surprises to player, especially in long campiagns, when you fighting ferociously in the same corners of the world many times. If you can reverse this to random maps, or keep pre made maps to very special places, like ferries or bridges, it will be very good.

Sorry for my English, it's rusty. Thank you for your patience and enthusiasm. I will be very pleased if you answer.

Looks cool man, adding little details and features that make a difference between great mod and amazing one. Can you also add a feature that the lord can be killed in the battle? Then battle concequences can be more realistic

Can we call back the horse?

Awesome, when can we expect an update? Excited for that helmet view xD

I have an idea as to killing a lord.Challenging him on a 1 on 1 duel if he is a prisoner. His Iron flesh becomes 20. The persuasion required is 10.Renown required is 200. If you lose the duel he escapes.

Could be more badass if it has coup feature since Sengoku era is made up of 55% Betrayals.

What if you add shinobi for hire and they kill the lord without anyone knowing,of course it'll be as expensive and they might fail but if they dont,no one will know it was you and no honor will be lost