Progress reports will serve as a way to recap the development progress of the last several months, and show off other things that might not be fully ready as well.

First off, come join the discord server for the mod: Discord.gg We're much more active there with WIP images, and what not.

Anyways, it's been a pretty busy five months for us on the team, so I figured I'd give a bit of a recap and explain some of what's going on as well.

So far, a lot of the focus has been on building the units themselves and balancing them. After all, you can't have a mod without the art assets. Thankfully, we've been making great strides in this field, with most of the super large ships being completed. In fact, the Mandator II has been the largest ship by far, at a whopping 400k tris! It plays great on it's own, but the hard points have proven to be problematic, so certain adjustments will need to made there unfortunately. Though I suppose 200 hard points will do that to you.

So what units exactly are finished? Well here's the current list of units, some are less complete than others or need remasters like the Praetor and Venator saw earlier this year. Ships like that will have a * at the end of their name. This could range from either needing hard point/turret adjustments, to new textures, or a full on remaster from top to bottom.

While both sides are nearing basic completion, there's still several other ships that'll eventually see the light of day. So stay tuned for those as well. 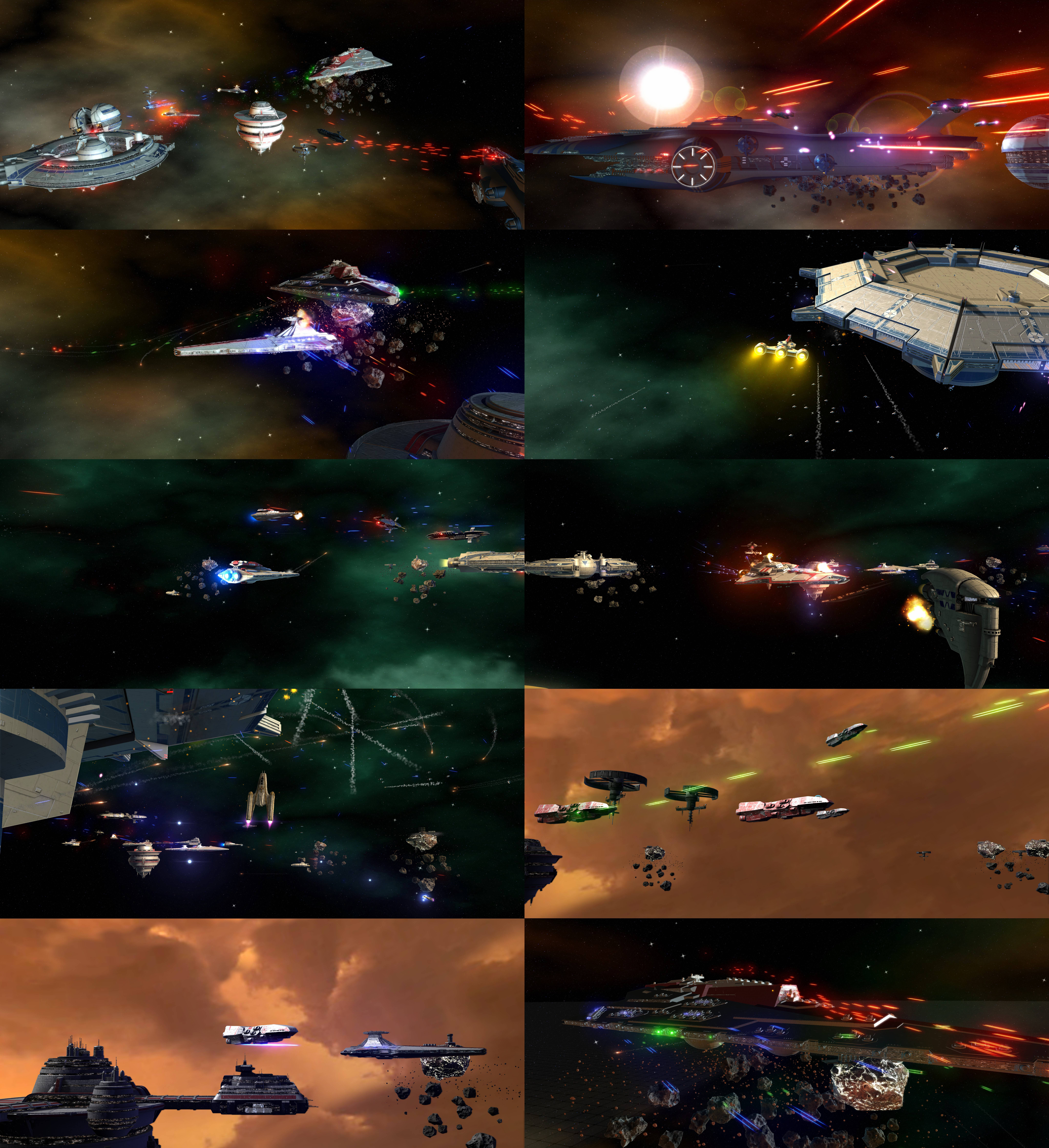 Part of the goal with the mod is to work on phasing out the various vanilla assets. From something as small as the props on the ground, so the starbases, we've been making progress. So to meet that goal, we've also been working on new assets to replace the old. 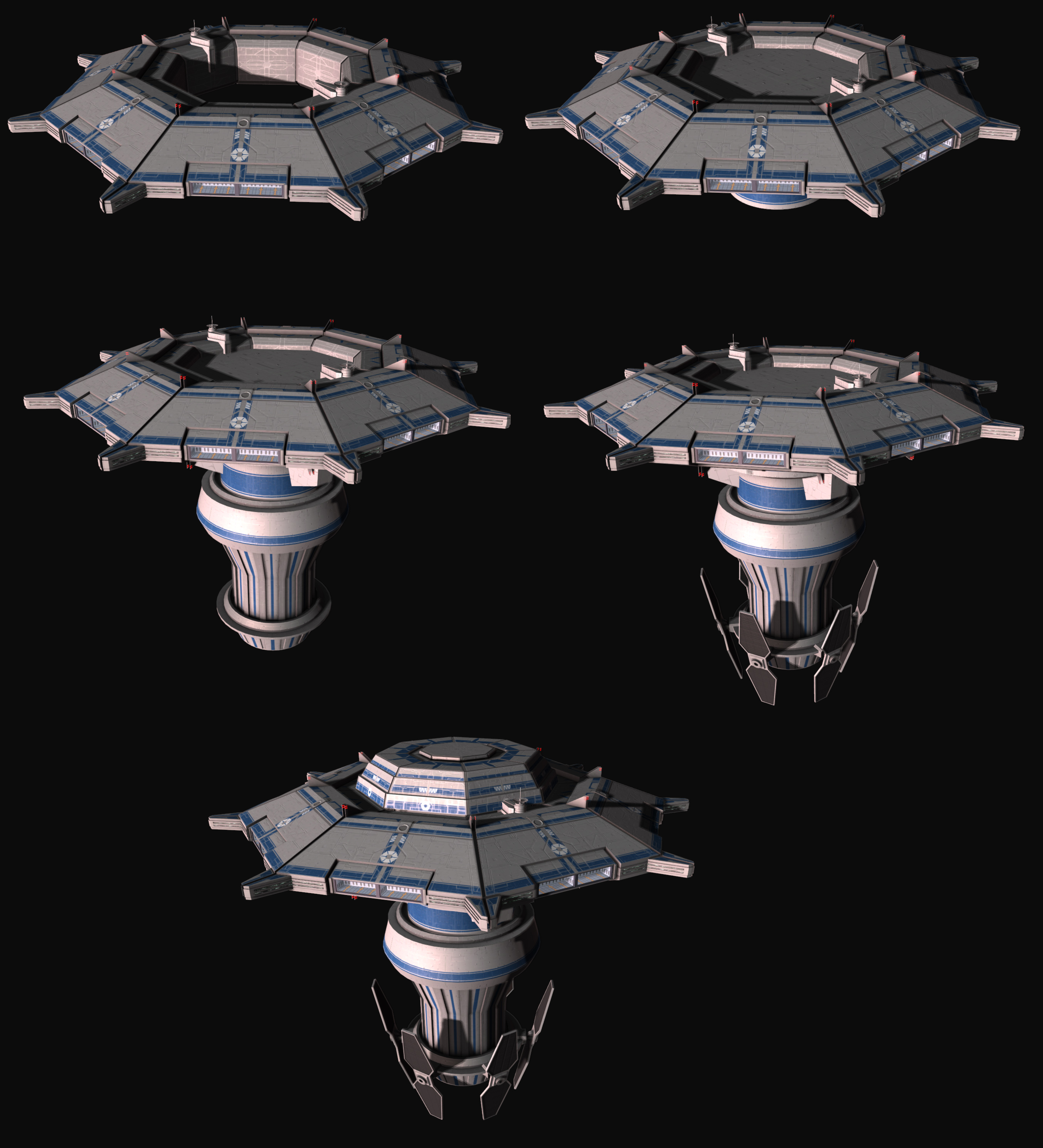 The CIS starbase was inspired by AdamKop, and the bottom spire was borrowed from Elratie's Imperial starbase. Many thanks to both! 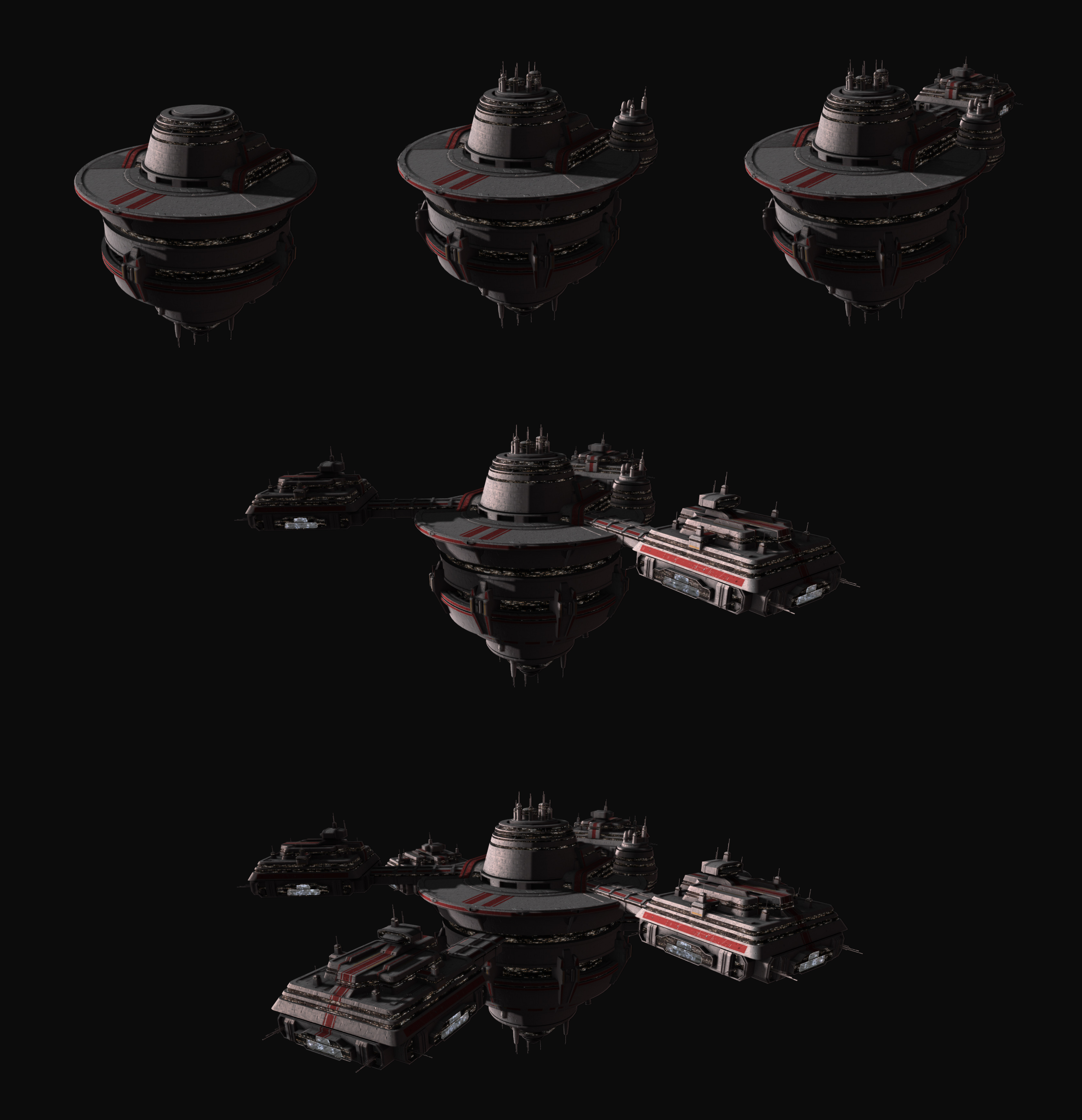 And the Republic starbase is based off Valor Station from TCW, with several different designs for the different levels. The final model is subject to change, as I may make some optimization adjustments after learning some new techniques with the CIS Starbase.

How about some new land props? 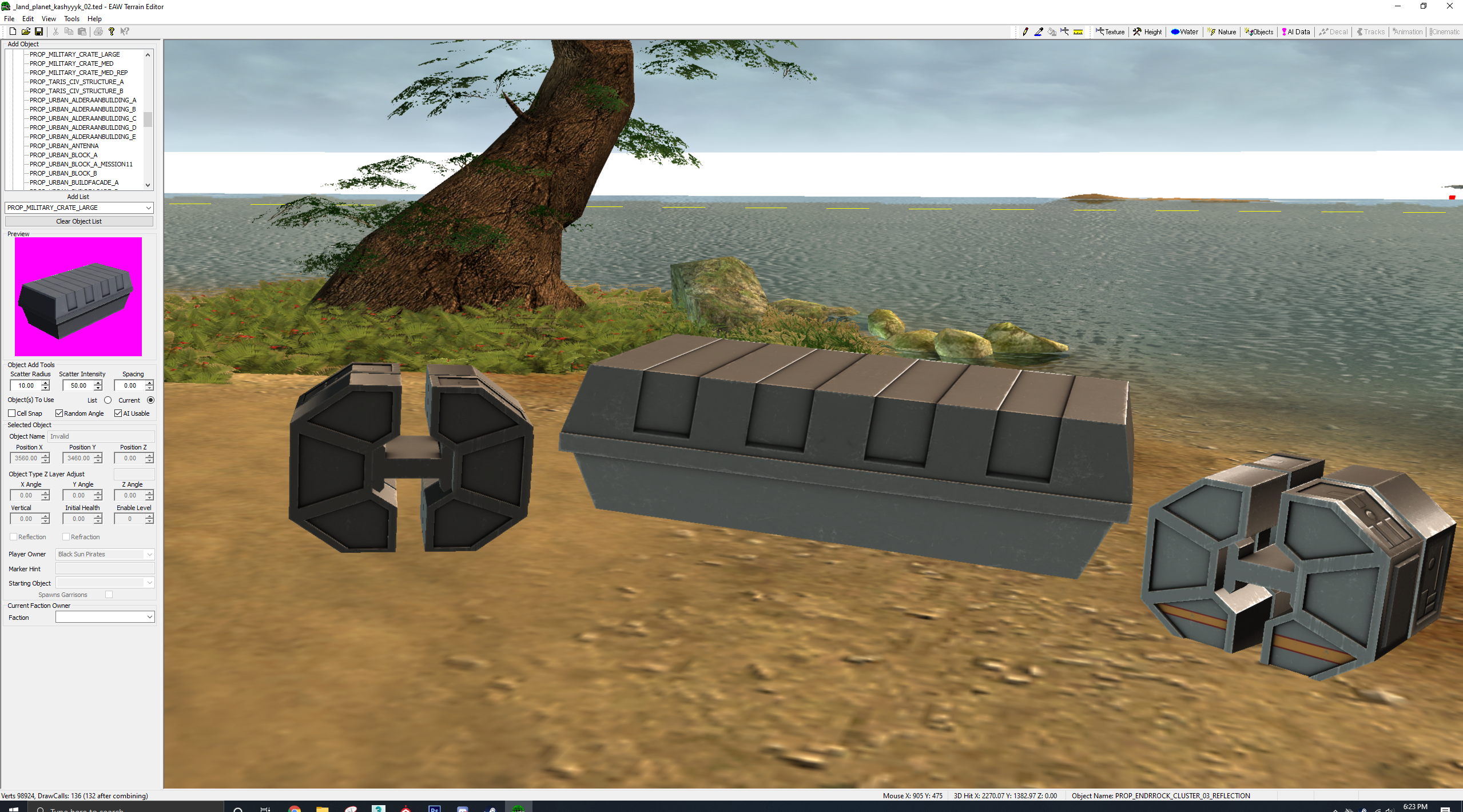 We're still in the art asset phase for the most part, but mechanics are still very much on out mind. The basis of the game is the units and their stats, and to that end, we've adjusted and built some new mechanics. The main driver in this area has been Petellius, so I'll let him take it away:

The new system introduces a large variety in ship types and how they play, to help create a sort of RPS style combat as well as keep things as accurate to the lore as I can.

The first change is that to fighters. All fighter and bomber squadrons weapons will not pierce shields by default, though a small number of fighters per squadron will, to simulate concentrated effective fire on a single target punching through a small area of the overall shield defence. Alongside this, fighters will now be needed to clear off the point defence weapons on a target so that the bombers can do several runs effectively without being immediately shot down. This is aided by the fact that point defence weapons have low HP and fighters will automatically target them.

The second change is an overall change to armours and shields, overhauling the damage taken by certain types of weapons. For example a proton torpedo or large missile may be able to destroy a corvette in a couple hits, while having little impact on a larger vessel with strong armour.

Alongside this, shields now have 2 types, MKI and MKII, with the first being stronger but slower to regenerate, and the second being weaker and faster to regen. This makes MKI's better against things like heavy turbolasers (who have their own damage profiles), ion cannons and proton weapons. MKII's are weak to the above weapons, but can more easily sustain large amounts of medium or light turbolaser fire and fighter lasers will have little impact. 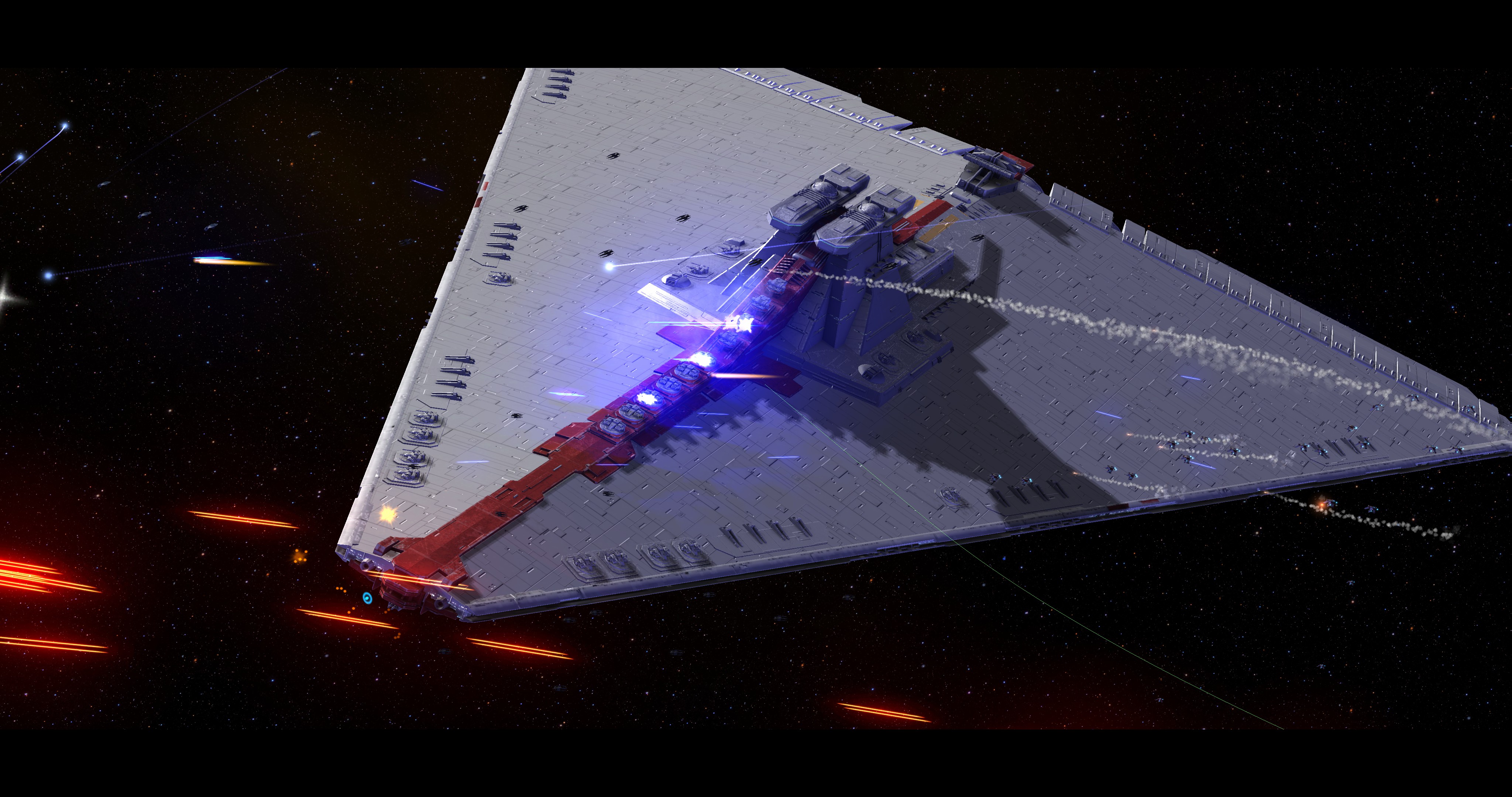 Land has been on the back burner for a little bit, but Petellius has also been working on the mechanics here, while RadicalEdward has been helping us with maps. So far, Christophsis has been the main focus. 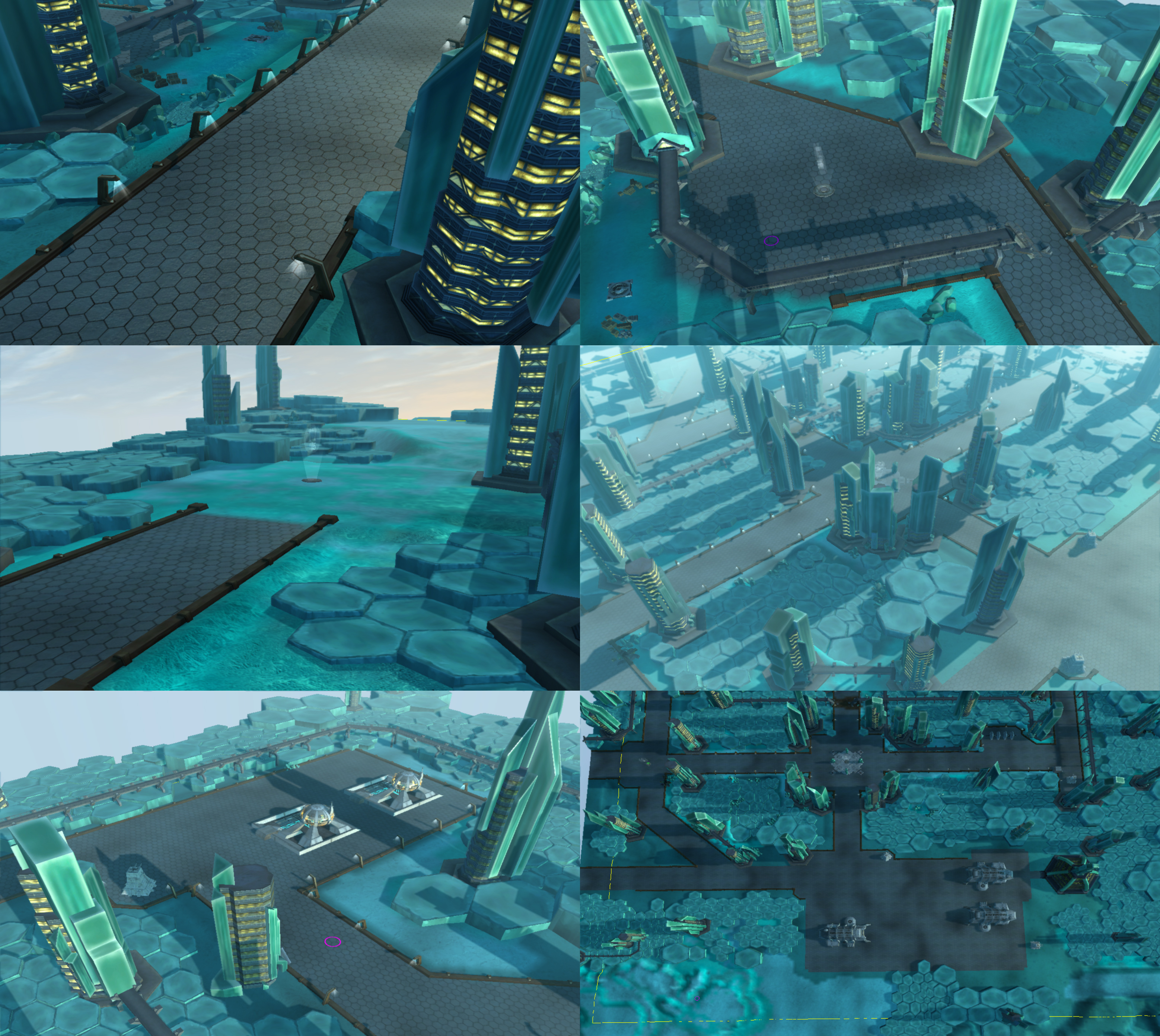 But we don't just have pretty maps, we also have infantry. The biggest one to note, is the Z-6 gunner and his spiffy new animations.

Or if a Z-6 doesn't interest you, maybe a mortar would? 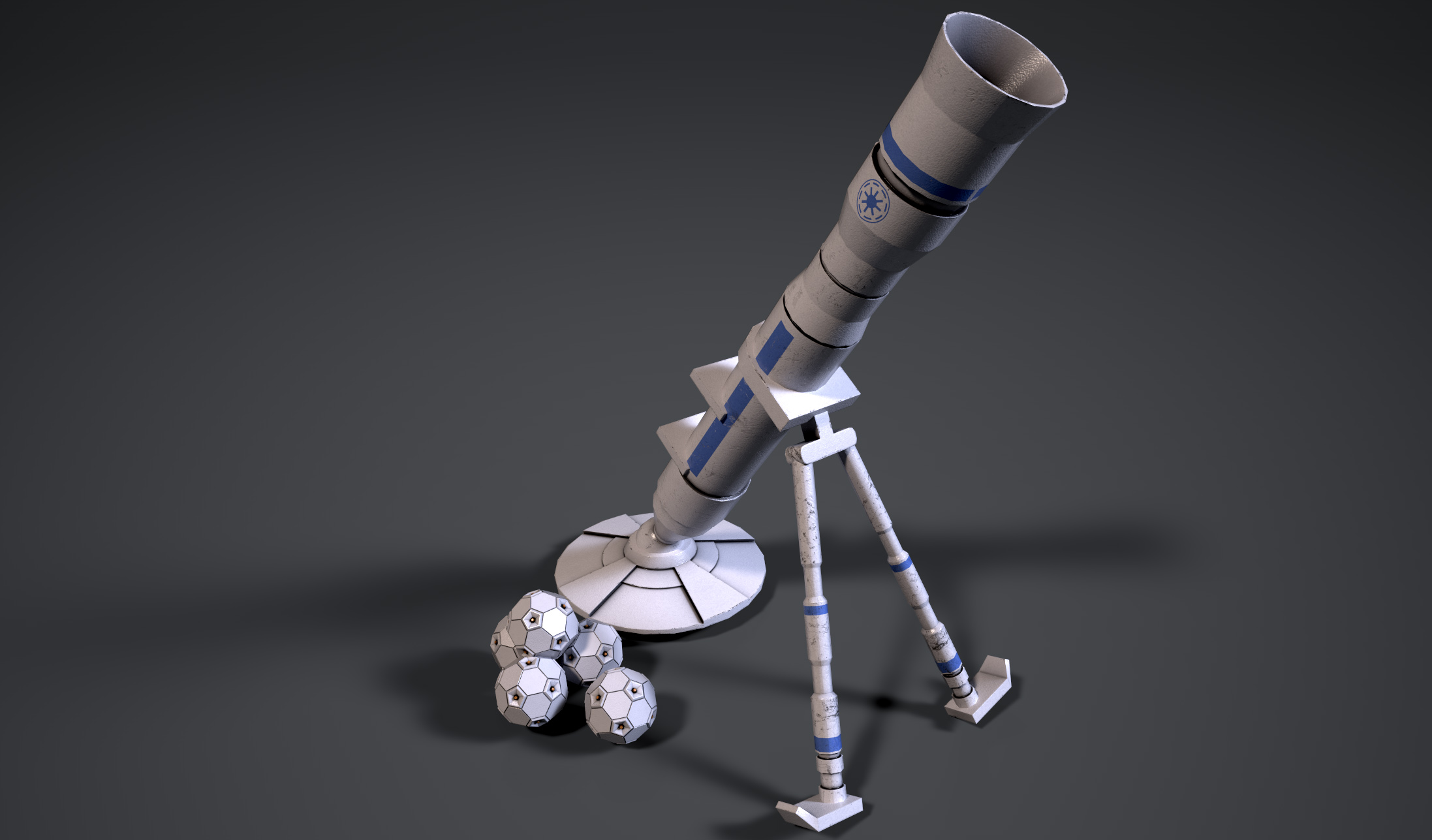 So far, only the mortar tube is finished and ready. High poly got baked down in substance painter for some sexy texturing maps. Still early in development, we haven't even looked into animations yet.

Beyond all this, you might have noticed some new branding for the mod. I felt like updating the rather dated images used for the header and mod logo.

Thanks for reading everyone, and thank you for your support. We hope you enjoyed the recap of the past few months, and continue watching the mod.

I am so looking forward to this mod, the work i have seen is stunning and im really excited to see where it goes and how it develops!

Everything is completly awesome what I've read & seen above in this article.

Thanks, we're all really happy with the progress so far. Mortar units will probably be the hardest to implement due to the animations though.

We will watch your career with great interest!