You've asked us to give you the release pack of our old content. Here it is and it's now available for an unlimited access.

Some weeks ago, some watchers asked: "Would you give us an access to your old releases. I know it's quite old but it would be fun!". Today we release the Pre-Alpha released in 2008 and the Alpha released in 2009. Also, these releases are named Pre-Alpha & Alpha but what is the number of these releases ? The Pre-Alpha was known as 0.75a and the Alpha was known as 0.81.

When we decided to re-work everything for Stargate Space Conflict, we've changed our mind about the releases, what number they have and so on... We decided to be more clever by adding only an adjective such as "Alpha" or "Beta", like the development's compagnies do.

In these releases, you will be able to play several races such as Asgard, Tau'ri, Wraith, Goa'uld, Ori and Ancient. Please notice that some content is actually the last modifications we've done on the upcoming release. For example you will see the new menu. Also, since we noticed that the Ancient's cruisers we made on these old releases were better (Model only, the texture needs work) than we were expecting, we decided to use them for our upcoming release.
However, our best feature, the menu, is available for you with this release. The stunning menu, made days ago, has been added !

Some previews of these releases
More are available on our old Moddb page, here 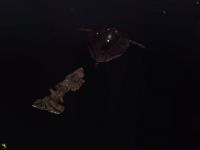 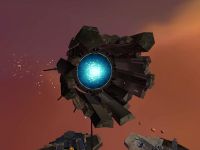 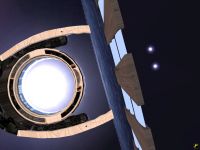 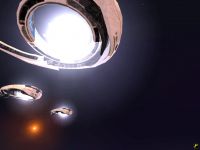 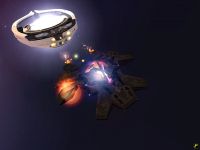 Why did you take them away in the first place if your putting them back up now.

Never they were added in Moddb or something like that.
Previously Stargate Space Conflict was more a friend project than a community project. We were sharing this version in 2008 & 2009 only in our french forum.

Also, it is written in the news that some people were asking to play our old releases. Unfortunately, you weren't able to download it from french websites so we decided to put it here. However it's our mod. If we want to publish these releases here, we can.

Oooo. I really quite missed the Ori, as well as the mobile station platform.. thing the Ancients had. (Not the mobile weapons platform from Atlantis. The one that looks like a Minilantis.)

Hallowed are the Ori! Someone wants to play online ?

Avant Poste, and I liked i too, it was like an outpost which could build Jumpers, though I don't know what the ancients called those vessels?