The good people at GameCloud (our local game news website) have posted up their first impressions of BrambleLash from our recent playtest at Playup Perth! Check it out! 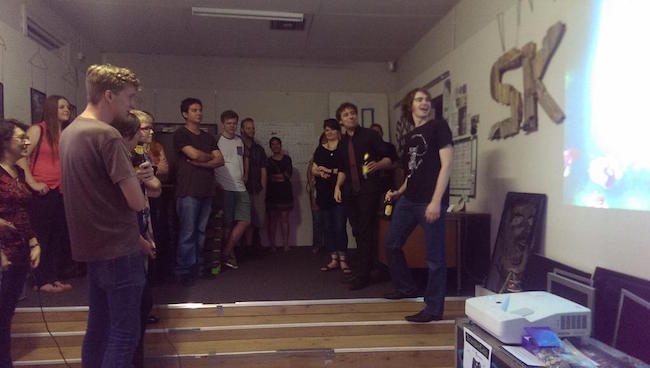 Let’s start with Bramblelash by Liam and Sam of ByteSprite, mostly because it took up the entire front room and had an oddly hypnotic effect that was hard to ignore. Bramblelash has been in development six months but proves the guys have triumphed in creating a solid game with many possible paths of progression. Two characters must tether themselves via an inconspicuously deadly vine and rid the dim grassland of spawning Blobs. This is a game that relies on communication and positioning, also known as telling the other player what to do louder than they are telling you. ByteSprite are aiming for Steam green light, and hopefully a next gen console release for as a competitive party game. It worked so intuitively, the dynamic camera and art was beautiful, and the sound was pretty impressive; right up to the point I learned that the dying blob noise came from mouth-farts. For more info, check out: bytespritegames.com

This game can be seen here? Virivr.com.au