Command & Conquer fans rejoice. We've got a present for you. The second playtest build for our upcoming Halloween release is now available.

Playtest-20141012 rounds off the new singleplayer campaign backend that was introduced in playtest-20140927, and includes a few new features of its own. Some key features selected from the full changelog include:

We encourage any map authors who are using the old Lua API to upgrade their maps during this playtest cycle. We are planning to remove the old API before the final release, and so this will be your last chance to report any bugs or missing functionality in time for us to fix them! 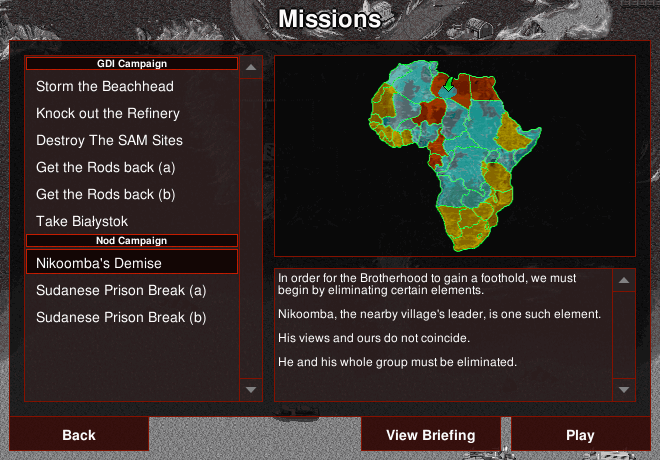 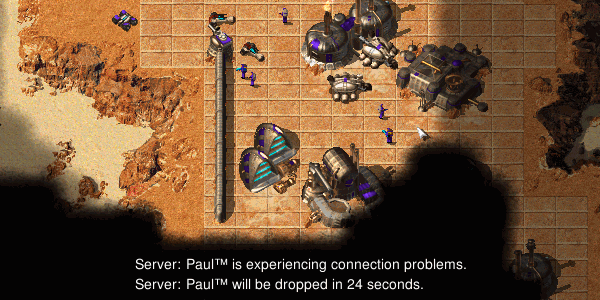 Game servers will detect when a player causes extended periods of lag, and disconnect them from the game. 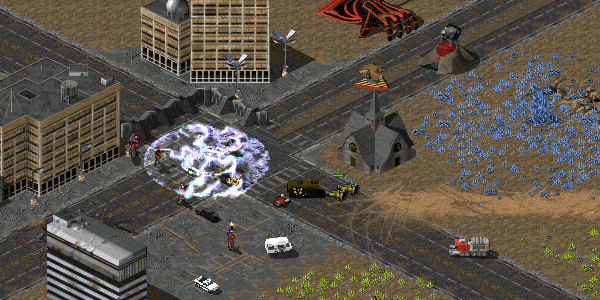 Work continues on our Tiberian Sun mod, but it is still several months away from release.

Uuuugh I can't wait for that Tiberian Sun mod...!

Make the Tiberium remap colors a bit better, though. That Green Tiberium almost looks yellow and that Blue Tiberium is too dark and not neon enough.

Also it looks like your voxel engine needs a bit of work, too. It looks like it's squishing the voxel length and stretching the height.

reporting a problem, i just downloaded the latest version, tried to play a gdi mission and it got a "fatal error" and needed to close, it also made anti virus say it had to scan the file tho it came out ok on that.

Can you follow the instructions at Wiki.openra.net to give us the information we need to resolve this?